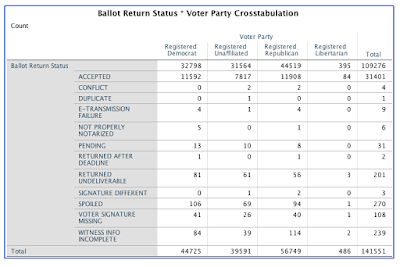 Among those who have requested mail-in ballots and comparing them to four years ago (same day totals of ballots sent out by county board of elections): 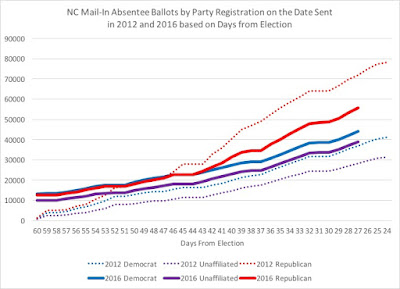 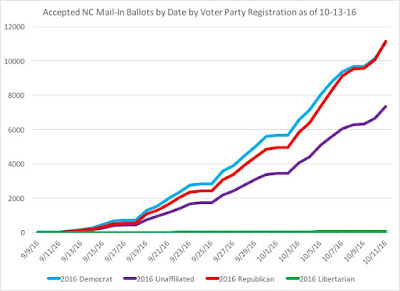 In comparing these absentee ballots to four years ago: 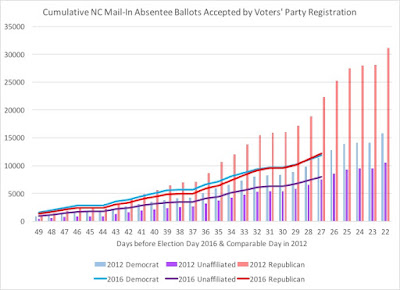 So far this year, the total accepted ballots is at 77 percent of where they were the same day in 2012, with registered Republicans at 54 percent, registered Democrats at 104 percent, and registered unaffiliated voters at 106 percent.

Of the voters who have requested mail-in ballots, an analysis was conducted as to whether these voters were registered in 2012 and if they participated (and if so, what voting method) that year: 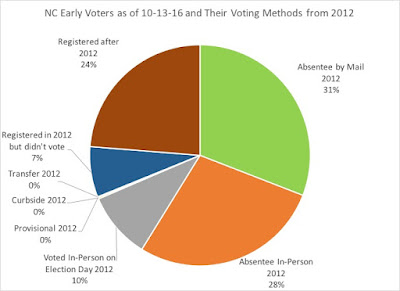 Finally, of the nearly 110,000 ballots still outstanding that have not been returned, the party registration is: 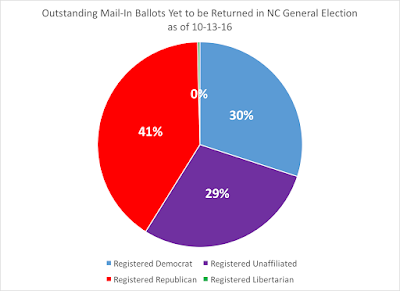