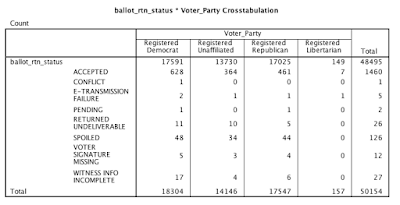 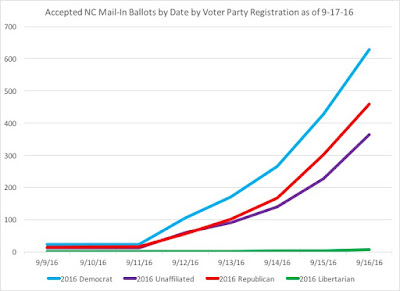 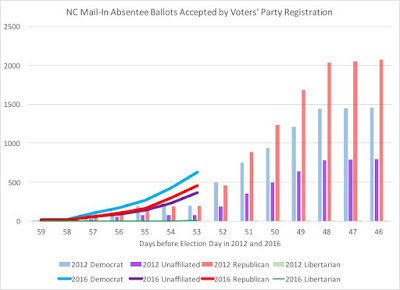 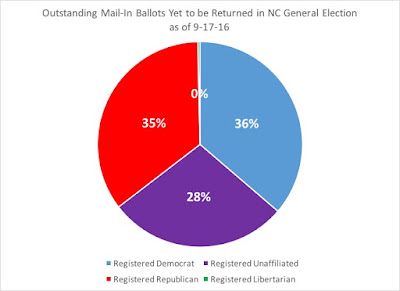 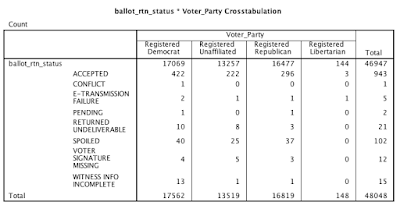 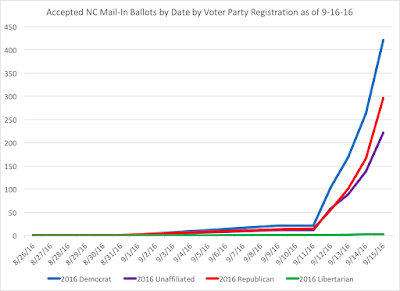 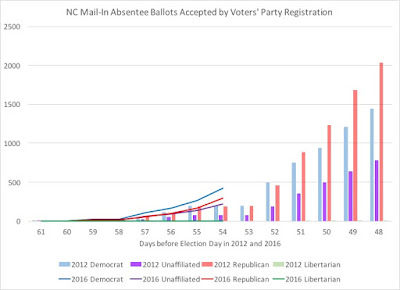 Here are today's numbers of mail-in absentee ballots requested and accepted as of 9-15-16: 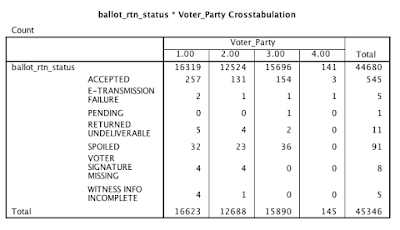 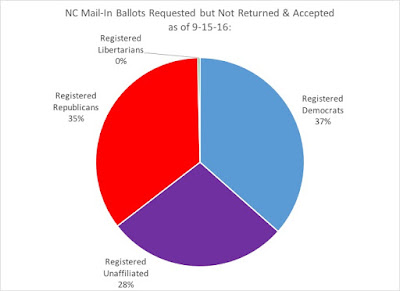 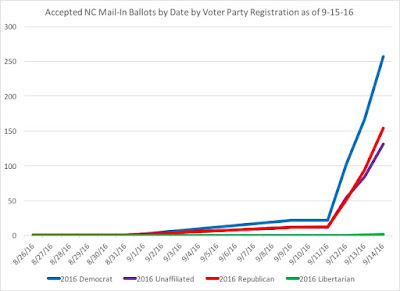 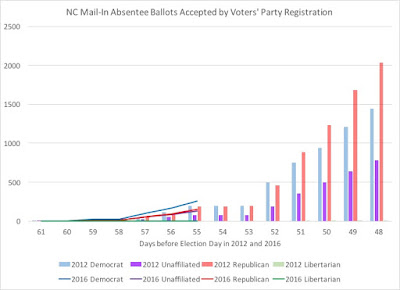 Again: it's is TOO EARLY to make a definitely claim about these trend lines. Be cautious in over-interpretation with less than a week of mail-in ballots accepted.
By OldNorthStatePolitics.com - September 15, 2016 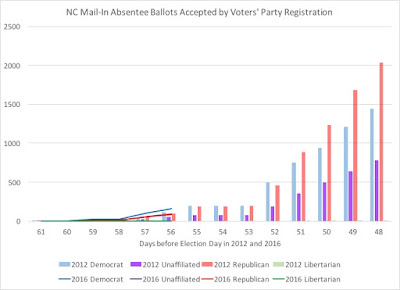 Updated*: As of 9-14-16, the absentee mail-in ballots requested and accepted so far are:

*Of the outstanding ballots (42K), the party registration breakdown is: 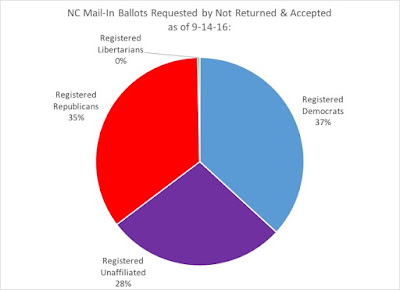 So far, 338 mail-in ballots have been returned and accepted so far, with the following daily breakdowns of accepted ballots by voters' party registration: 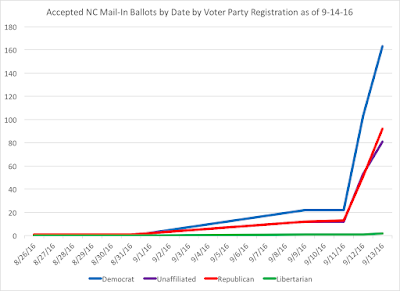 Voting is underway for the 2016 election in North Carolina

With the start of mail-in balloting in North Carolina last Friday (Sept. 9, 2016), votes are officially being cast for the 2016 election. 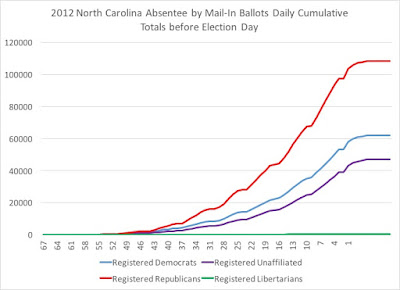 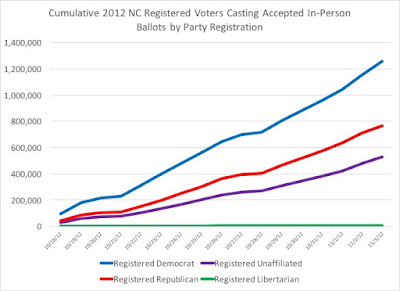 So far in 2016, the mail-in ballots in North Carolina that have been accepted are: 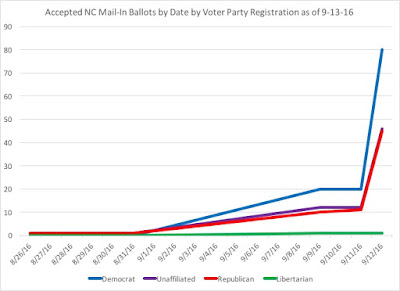 *updated to include requests from fax and e-mail requested.
By OldNorthStatePolitics.com - September 13, 2016