As I sit down to write this post, much of the Old North State is set to experience something very rare: something that will blanket the state, cause many to worry and hunker down, and will likely leave a lasting impact on some for generations to come.

Actually, I should clarify that it's two things the state will experience simultaneously: a rare pre-Christmas snow fall across much of the state with significant accumulations, and an election scandal blowing out of the North Carolina Ninth Congressional District.

Setting aside the out-of-the-ordinary snowpocalypse, the Ninth Congressional District's election fraud storm that has rocked this state is unlike anything I have seen or experienced in sixteen years of studying North Carolina politics. While there may be times of localized issues surrounding election fraud, or bitterly contested elections that tear the state apart (any of Jesse Helms' election contests seem to fit that bill), the allegations coming out of the Ninth Congressional District provoke expressions of shock, embarrassment, and disbelief among native North Carolinians, who have a common ending refrain of "this isn't my North Carolina." 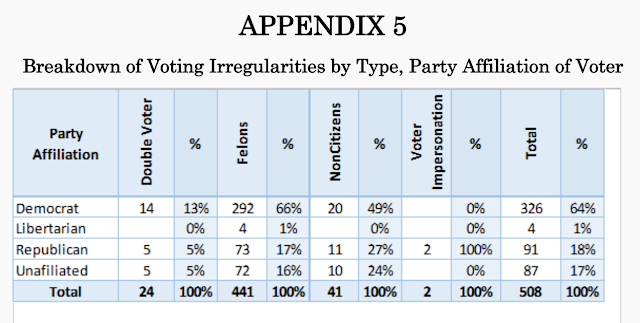 With the national attention that the Old North State's Ninth Congressional District is getting this past  week and will likely get in the next few days, I thought it would be good to give some comparison perspective and an overview of the main issue at hand: the absentee by mail ballots in the 9th and what we know about them, from a data point of view.

An Overview of NC Voting Methods and Patterns:


For those unfamiliar with North Carolina voting methods, there are three methods that are most used by North Carolina registered voters to cast a ballot with: in-person on Election Day, in-person through early voting (known as absentee one-stop), and through absentee by mail (ABM).

With a record turnout for a blue-moon election cycle in the state, 2018's mid-term election saw the first time that more ballots were cast before Election Day than in recent elections. Typically, this is true in NC's presidential elections, but mid-terms tend to be ones that see the majority of ballots come on Election Day, rather than prior. This year was substantially different, as was the case that several congressional contests were notably competitive (the 9th, 13th, and 2nd), despite the normal partisan advantage given to these districts.