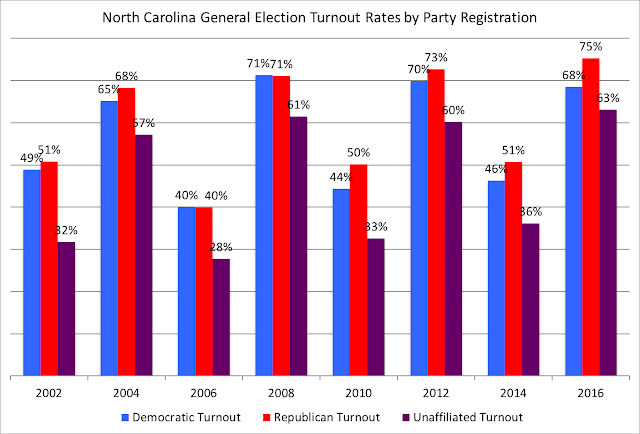 One Week To Go

We're now down to the wire when it comes to 2018's mid-term election, and we're at 5 days left in North Carolina's early voting period (which ends this coming Saturday).

Here's the latest numbers (that were also posted to Twitter at @oldnorthstpol) for today's numbers of early votes, through October 29, 2018. 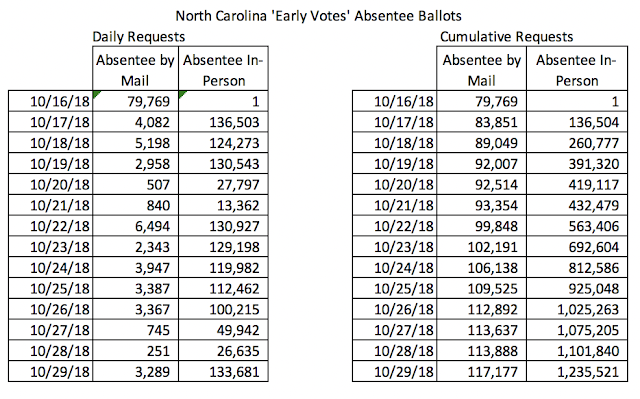 It's the busy time of the season for most political scientists and analysts, and this year has almost felt like a presidential year in terms of media requests.

Was fortunate to join some distinguished political science colleagues (David McLennan at Meredith University; Jason Husser at Elon University; Chris Cooper at Western Carolina University) on NC Spin to digest (in a spirited fashion) the 2018 mid-terms as we enter the homestretch.

Also, I joined the Long Leaf Pine podcast to talk about early voting so far in NC. 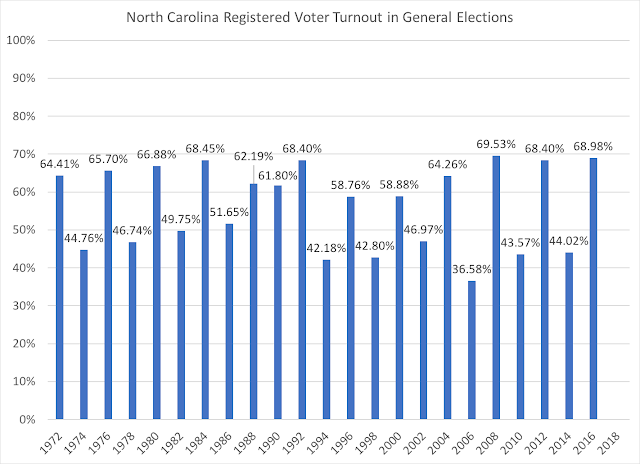