With the end of the fifth week of absentee by mail-in ballots in North Carolina, over 150,000 voters have requested ballots for the November 8, 2016 general election. 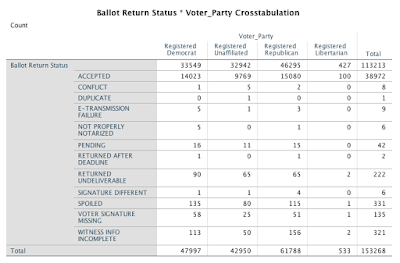 In comparison to 2012's sent ballots by dates leading up to that year's general election by party registration: 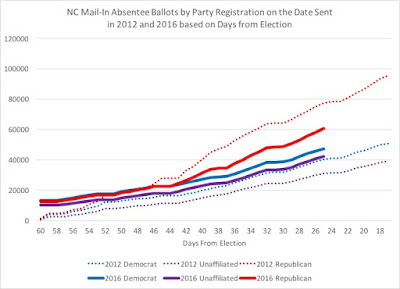 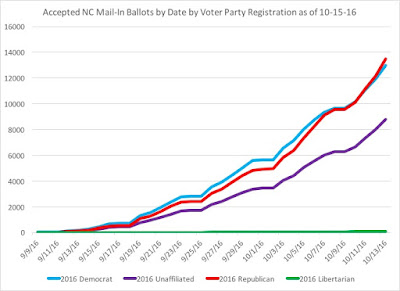 In comparing the returned and accepted ballots to four years ago by party registration: 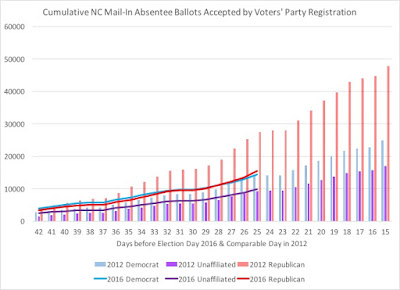 Among the outstanding ballots that have yet to be returned and confirmed/accepted, by party registration: 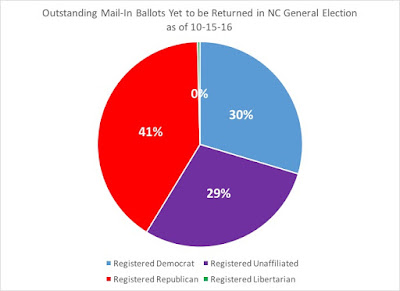 In looking at the racial composition of the requested mail-in ballots so far:

Finally, in looking at whether the 2016 mail-in ballot voters were registered in 2012, and if so, how they voted, or whether they registered after the 2012 election: 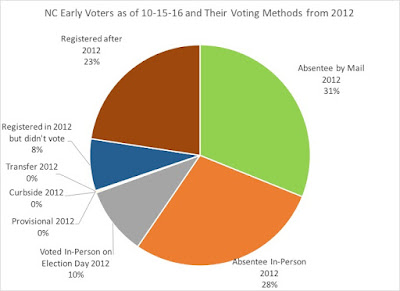