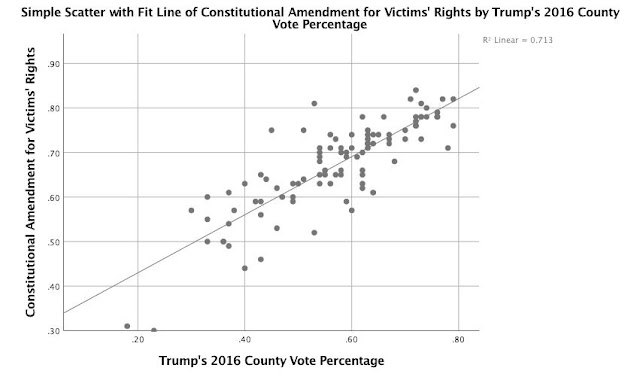 After 2016, I thought it best to stick to "explaining" why elections and their results happened, rather than "predicting" beforehand what could happen on Election evening. But as I'm teaching a course on Congress this semester, and we just wrapped up the section on mid-term elections, I thought it might be fun to post some thoughts on elections and what political scientists call the "fundamentals" when it comes to campaigns & elections, especially at the state level for 2018.

As many North Carolinians will be focused on the state's 13 congressional districts, it will be important to watch the state's General Assembly contests for both the state house and state senate in the Old North State. All eyes are on the question: can Democrats reduce the Republicans' seats in the state senate (GOP controls 35 seats) and the state house (GOP controls 75 seats) to below 'supermajority' status (3/5's of the 50 senate seats and 120 of the house seats) and thus break the power of the legislature to override Democratic Governor Roy Cooper's veto? If so, that would pose an interesting divided government scenario for the state for the next two years.

It's All Over...Except for Election Day's Votes in NC: An Analysis of 2018's NC Early Voters

Early voting has ended in North Carolina, and the numbers are beyond impressive.

Why "impressive"? Because the Old North State is in its 'blue-moon' election cycle for the 2018 mid-term. With North Carolina governor's races held in presidential years and neither of the two U.S. Senate races being contested this year, there isn't a major contest that draws substantial attention from across the state.

Yes, there is a weirdly contested election for a state supreme court seat, various seats on the lower courts, and controversial constitutional amendments on the ballot, but there's nothing like what is driving early voting in states like Texas (U.S. Senate), Georgia (governor's race), or Florida (both U.S. Senate and a governor's race).

Now, we will continue to see a trickle of absentee by mail ballots come in, but with in-person absentee voting concluded, we have a sense of who has showed up to vote, but not necessarily 'how' they voted, until we get the early returns after the polls close at 7:30 (or when the last votes are cast) on Tuesday evening.

With that said, here are the dynamics of 2018's early voting in North Carolina (these figures represent all accepted absentee ballots, both mail and in-person, as of November 4). As a reminder: all data comes from the North Carolina State Board of Elections: