Registered Republican voters in North Carolina have taken the lead in both requested and returned & accepted mail-in ballots, something that they have historically done but it has been later than in 2012's mail-in balloting. 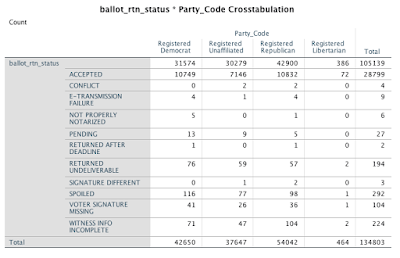 Among the 28,799 mail in ballots that have been returned and accepted as votes for the general election, registered Republicans are 38 percent, registered Democrats are 37 percent, and registered unaffiliated voters are 25 percent. 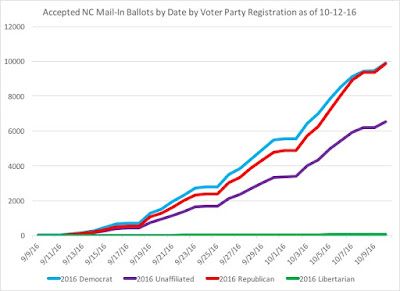 While registered Republicans have taken the lead in mail-in balloting, their same-day numbers compared to four years ago are still significantly below in terms of accepted ballots. On this same day in 2012, over 35,000 mail-in ballots had been returned and accepted. Currently, registered Republicans are at 57 percent of their same-day totals from 2012, with registered Democrats at 109 percent and registered unaffiliated voters at 110 percent of their same day totals from four years ago. 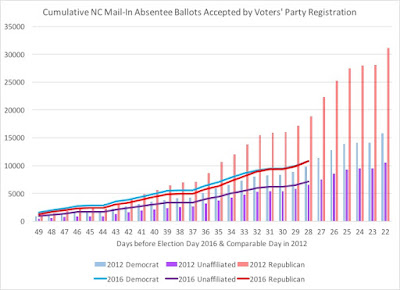 Comparing ballots that had been requested and sent out by county boards of elections, registered Republicans are below their same day numbers from four years ago, while both registered Democrats and unaffiliated voters are ahead of their numbers. 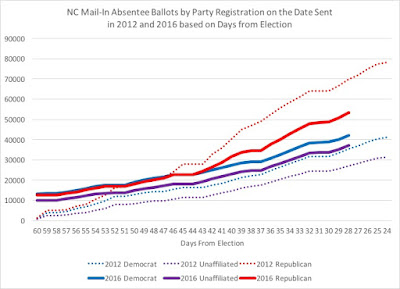 Of the 105,000 plus ballots still outstanding so far, registered Republicans are 41 percent, to 30 percent for registered Democrats and 29 percent registered unaffiliated. 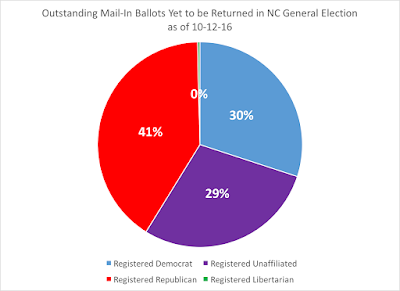 Finally, some analysis of how these 2016 mail-in ballot voters participated (if they did) in 2012's election: 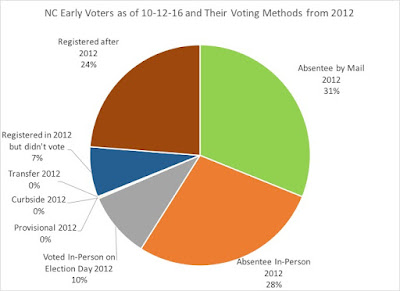