As we get ready to see how in-person early voting hits the polls in North Carolina, starting on Thursday, October 23, the number of mail-in absentee ballot requests are close to crossing the 75,000 mark, a significant increase over 2010's nearly 46,000 requests this same day prior to the election.

Among these requested ballots, registered Republicans have expanded their share of the requests, to 44 percent while registered Democrats are at 32 percent and registered unaffiliated voters are at 24 percent. 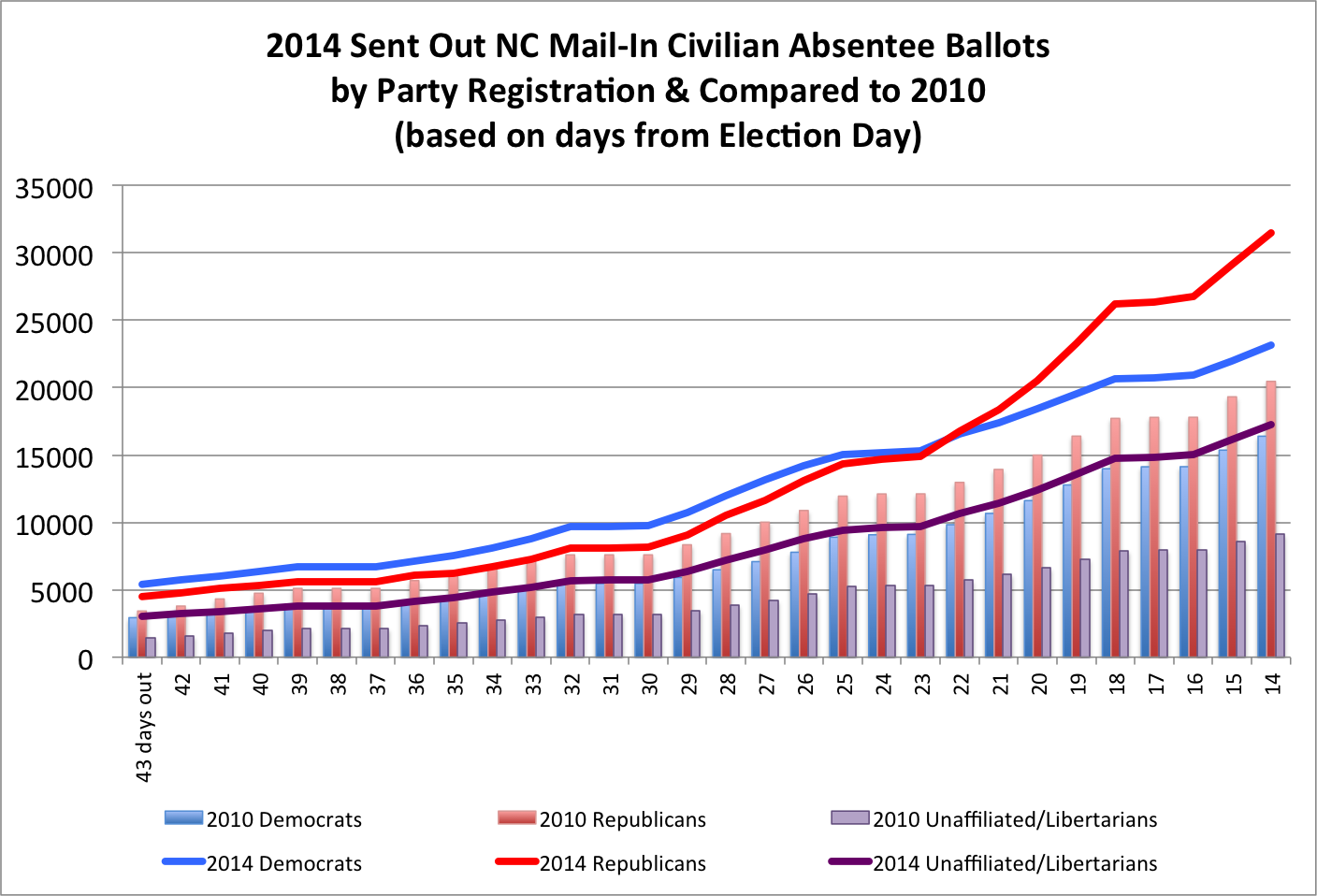 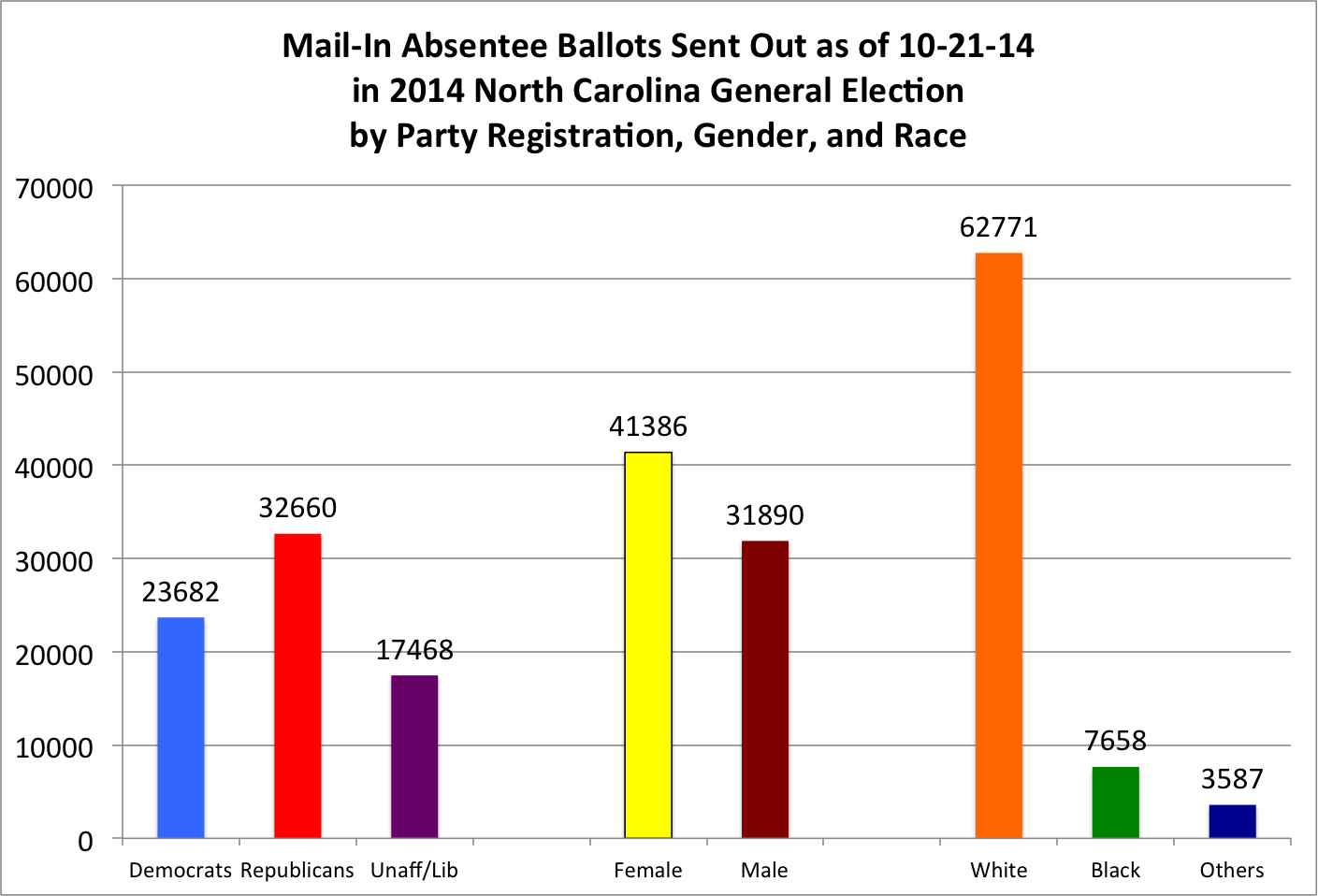 Among the nearly 20,000 returned and accepted ballots (19,930 total, as 27 percent of the requested so far), registered Republicans have taken their small percentage lead in these ballots as well. 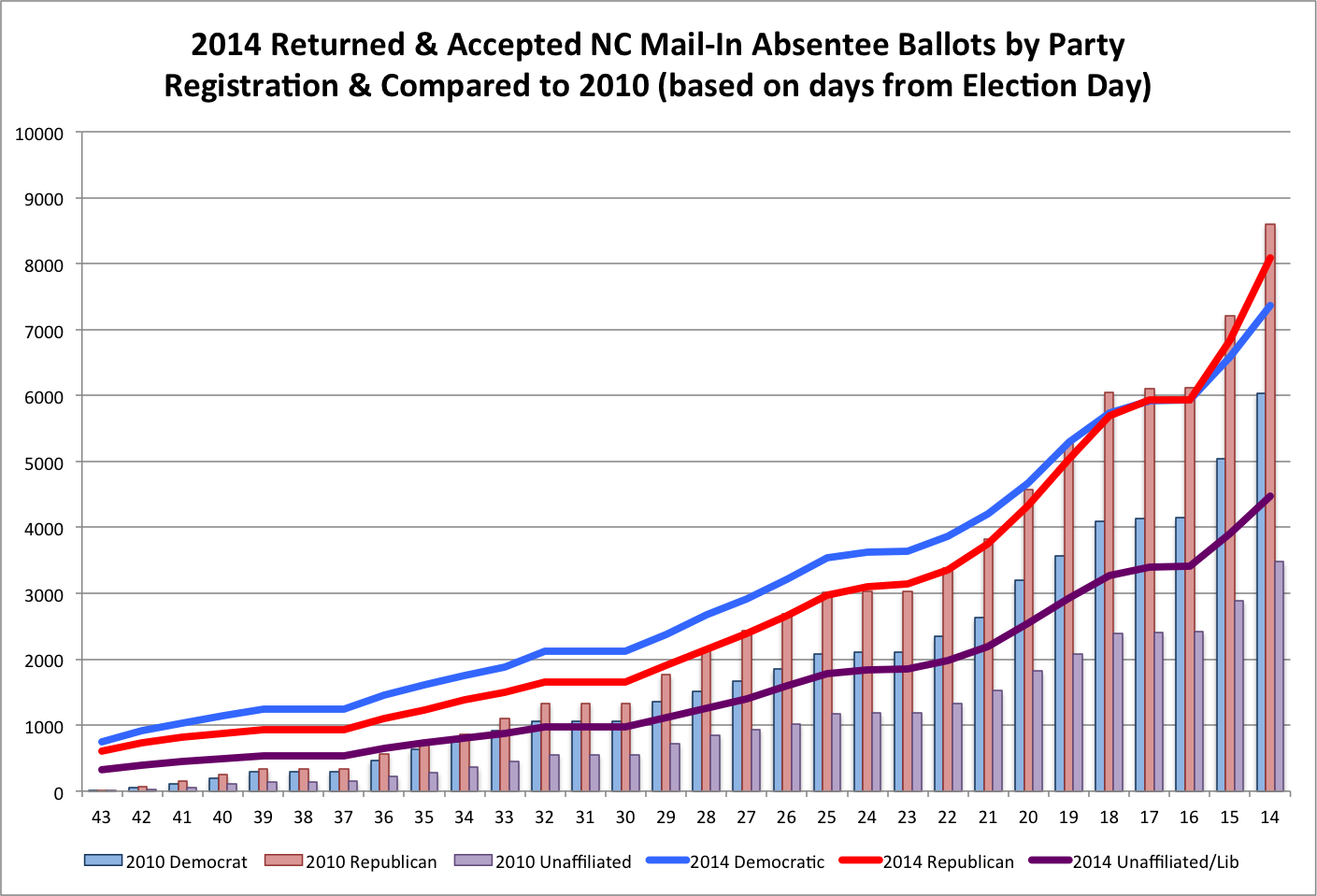 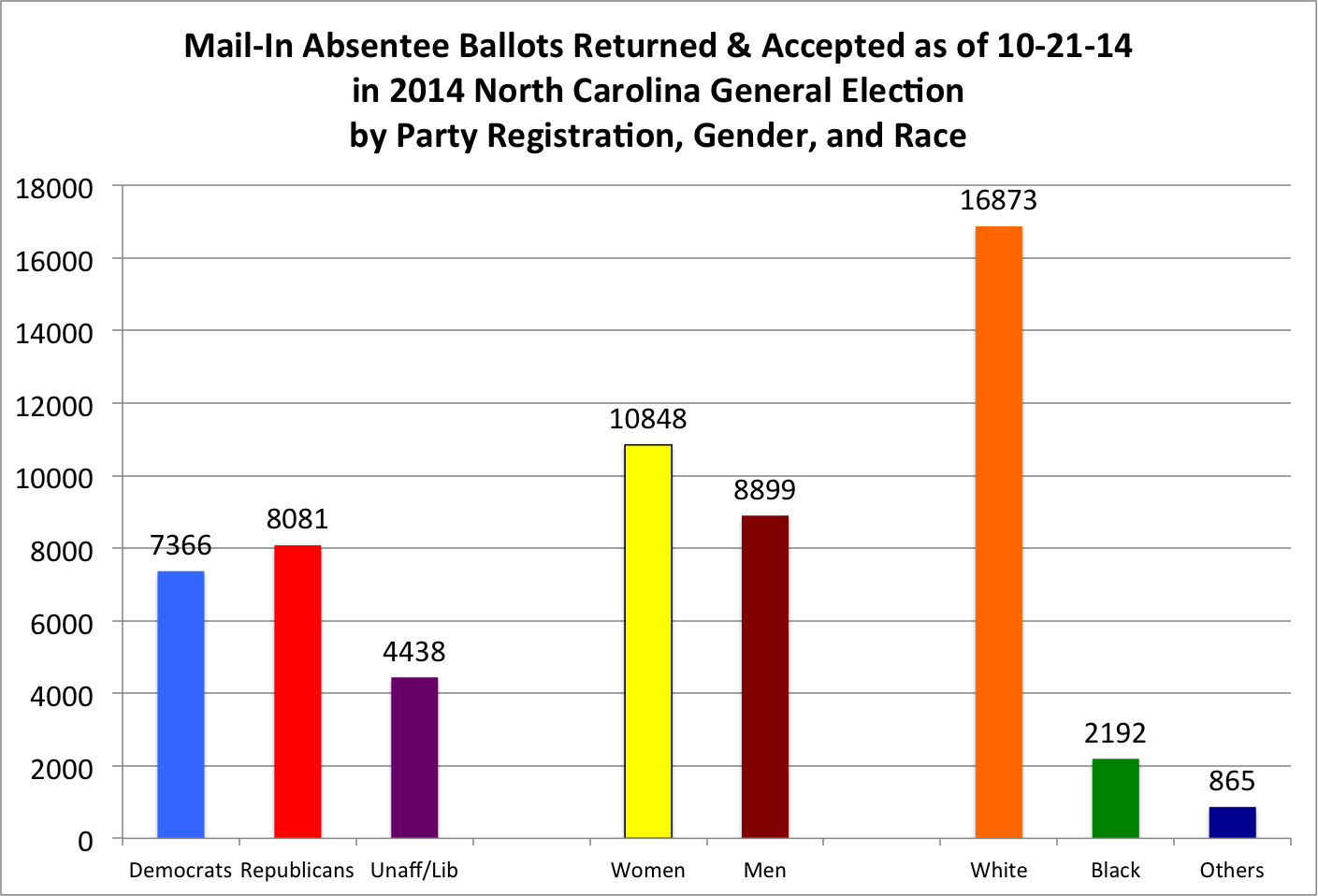 Following tomorrow's start to in-person early voting, I'll be shifting the emphasis of the blog posts to those votes, but will continue to track by the graphics the mail-in ballots, as this race continues to be the closest of contests at the U.S. Senate level.
By OldNorthStatePolitics.com - October 22, 2014