Now that North Carolina has seen the first day of in-person early voting come to end, we just have to wait for the NC State Board of Elections to release the numbers, sometime early Friday morning.

In 2010, a little over 904,000 ballots came during the state-wide in-person early voting period in the last mid-term election, with ballots from registered Democrats being anywhere from 44 to 47 percent of the cumulative totals, registered Republicans generally at 36 to 38 percent, and unaffiliated voters at a constant 17 percent of the total votes for each day. 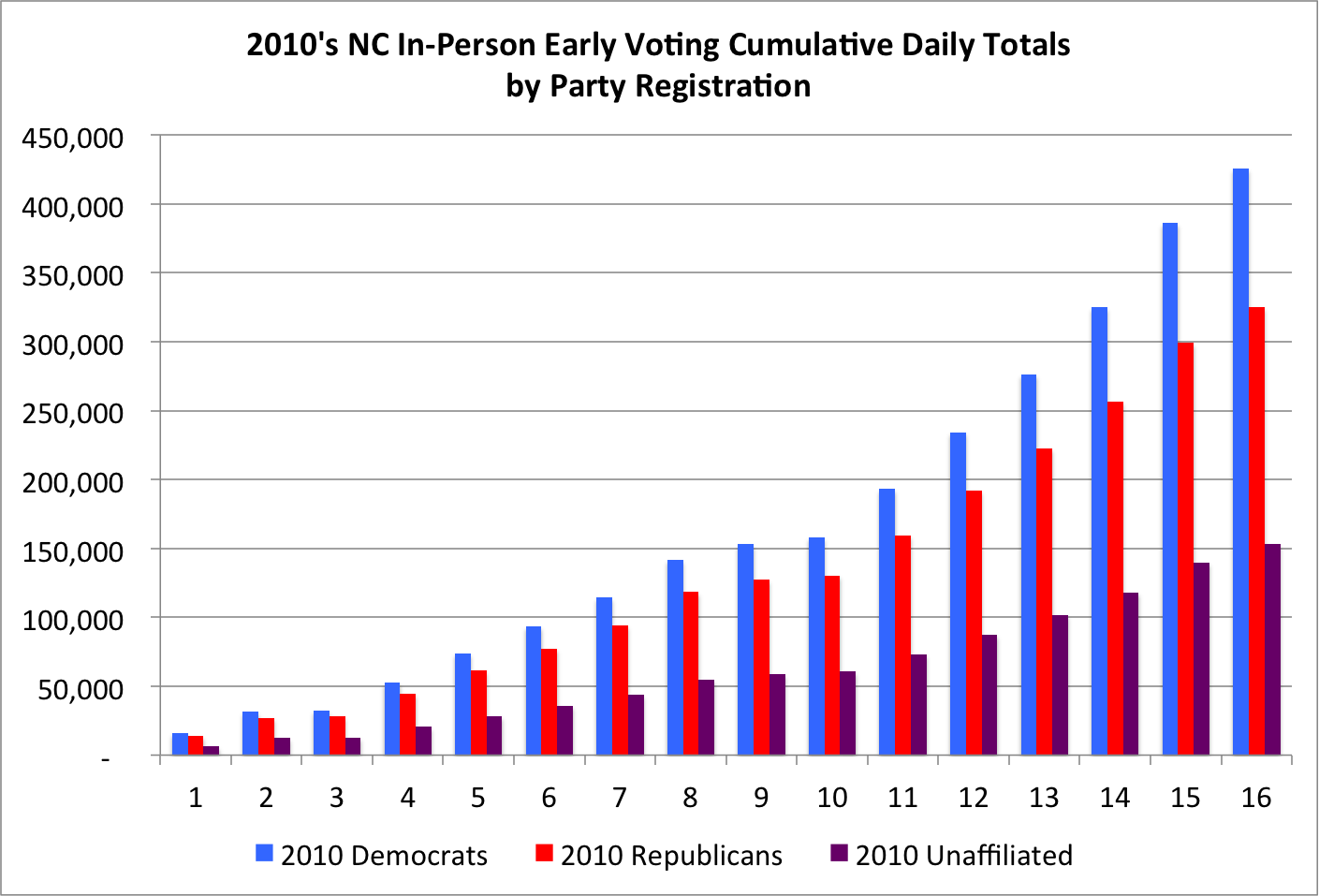 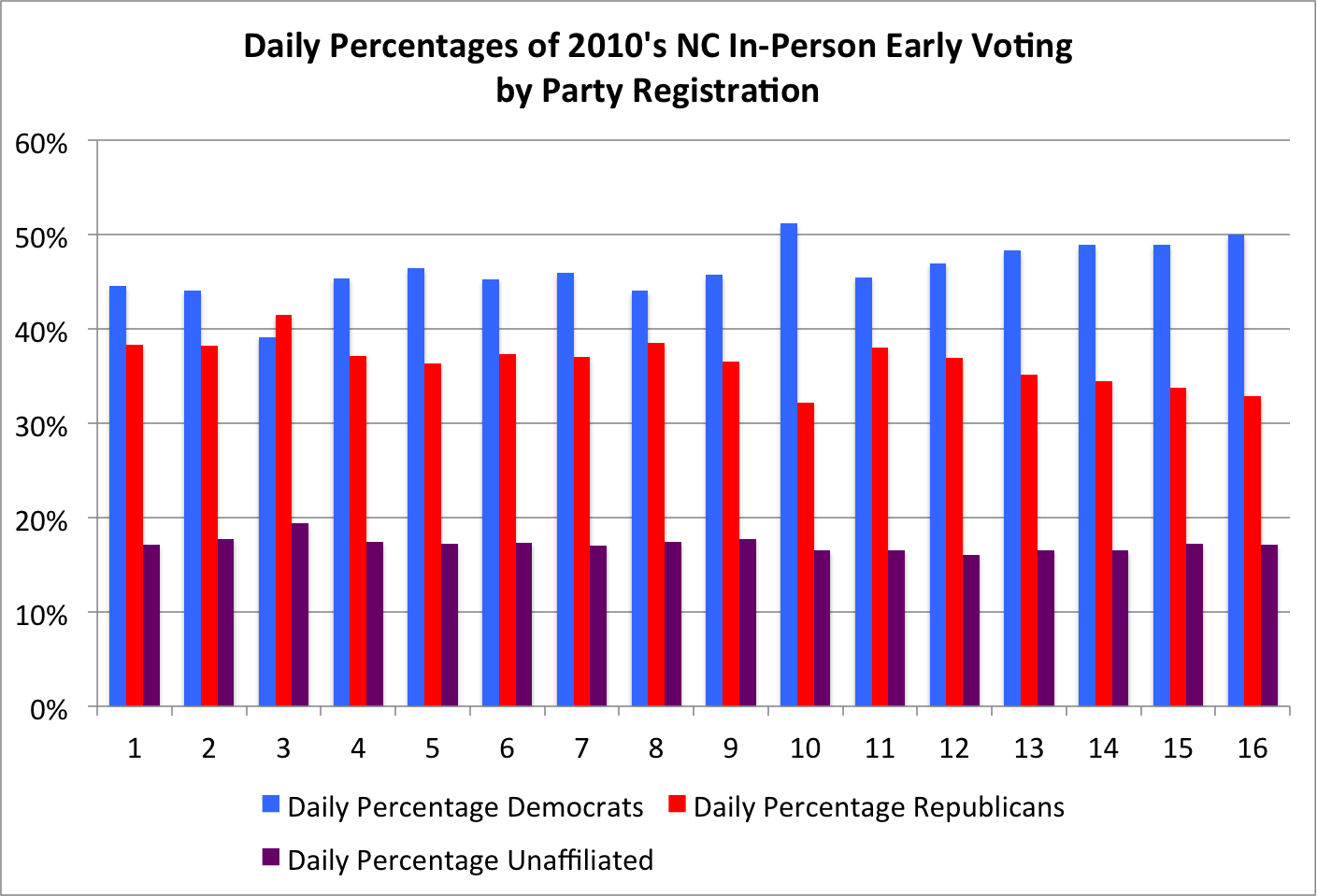 Registered Democrats ended up with nearly 426,000 votes, registered Republicans a little over 325,000, and registered unaffiliated voters casting a little over 153,000 in-person early ballots in the last mid-term election. 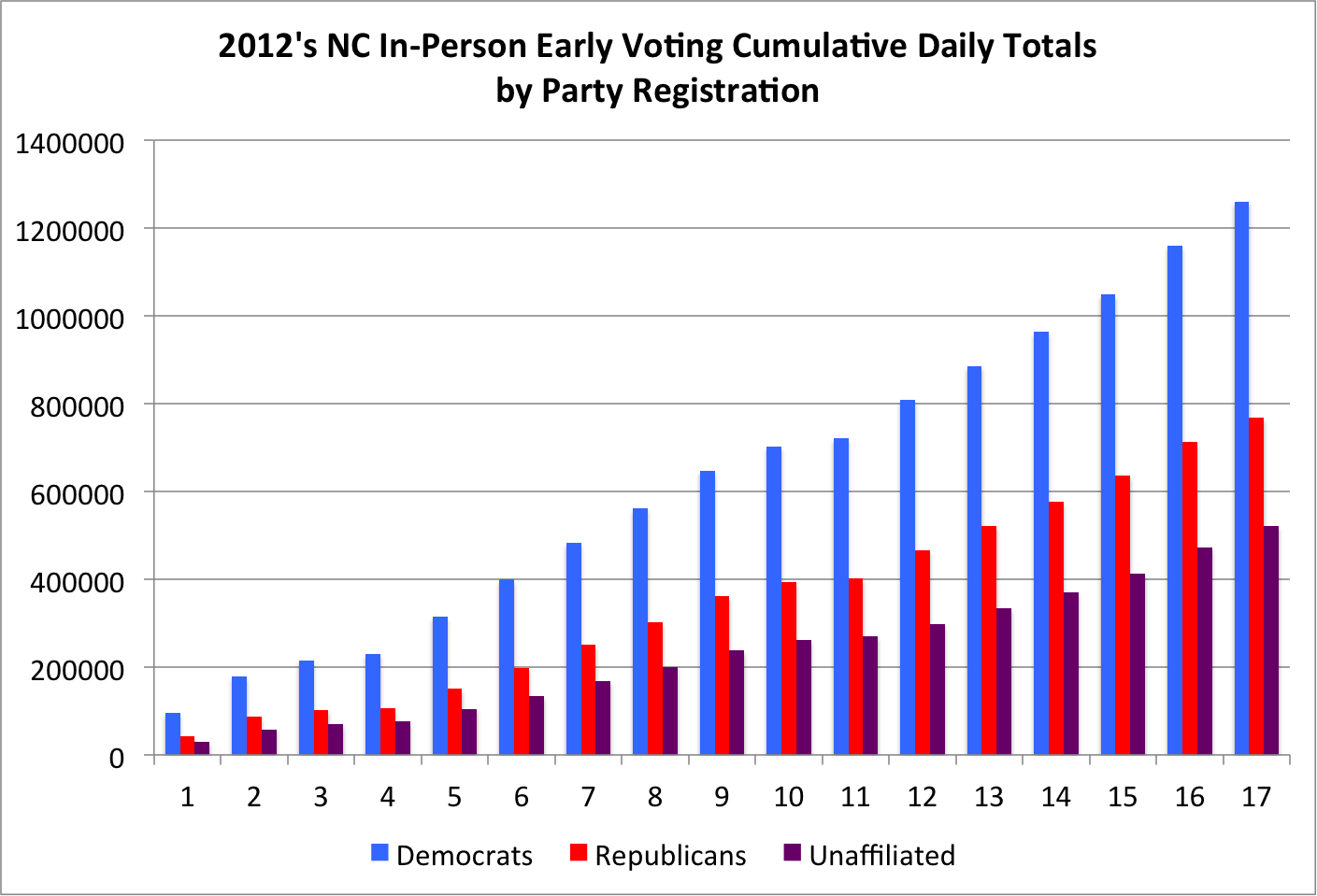 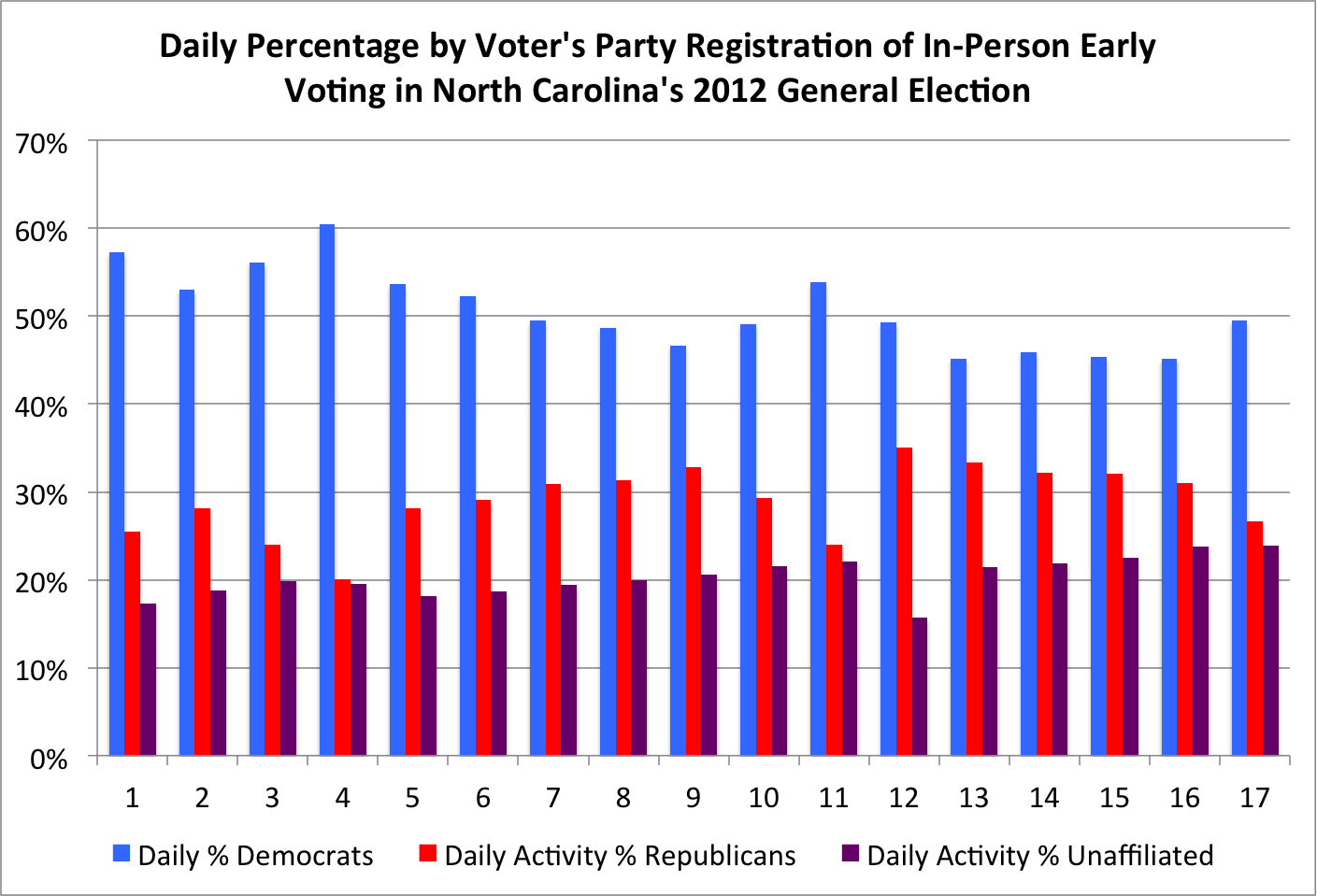 It will be interesting to see where 2014's numbers are: whether they are more like a traditional NC mid-term election (2010) or a presidential election (2012).  It is unlikely that they would be anything like 2012, but perhaps closer to to that level than to 2010's would be an early guess.
By OldNorthStatePolitics.com - October 23, 2014