North Carolina is now up to nearly 70,000 requested mail-in ballots for the general election, significantly up from the more than 43,000 requests on the same day prior to the election in 2010.

Among the 69,487 requests for mail-in absentee ballots: 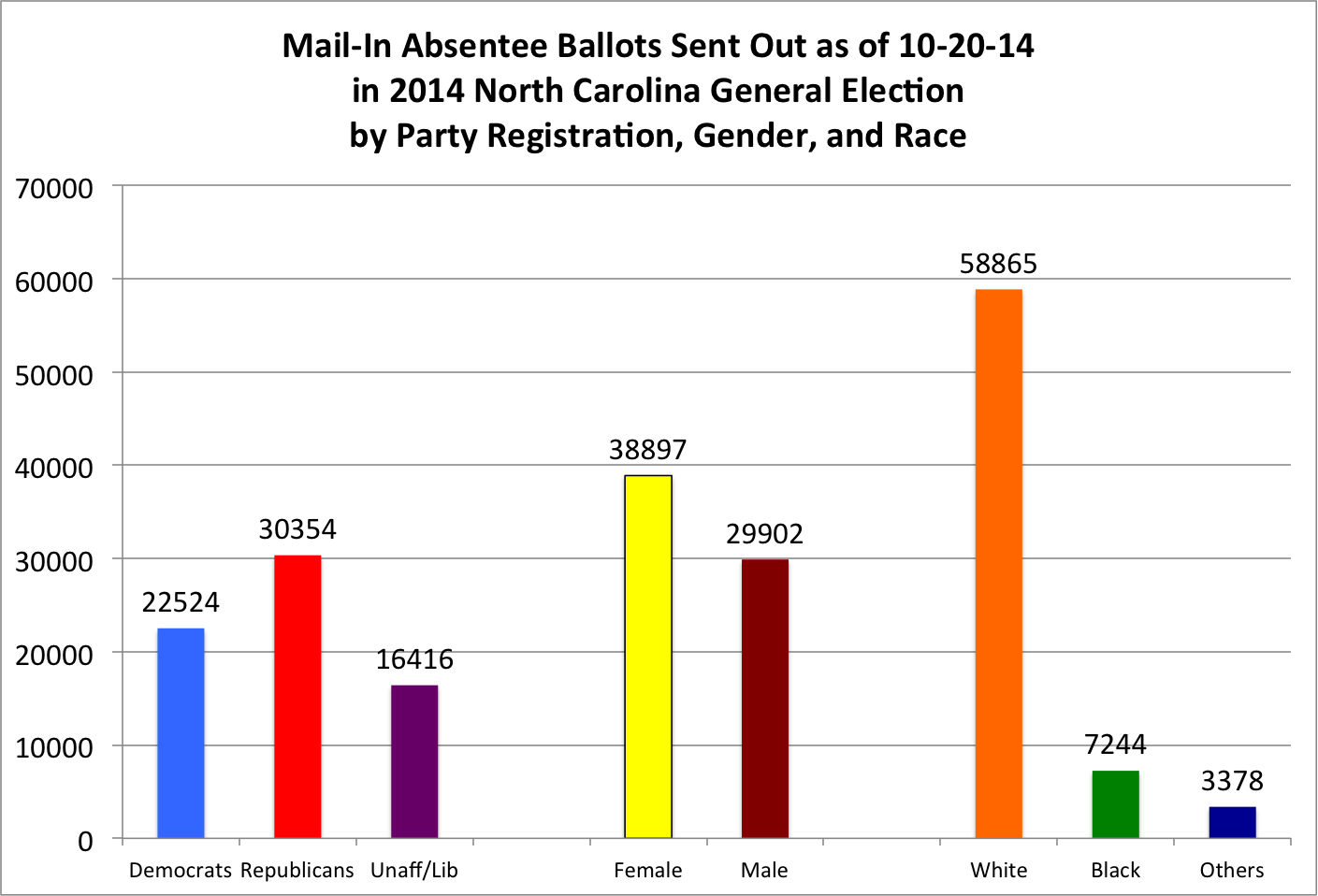 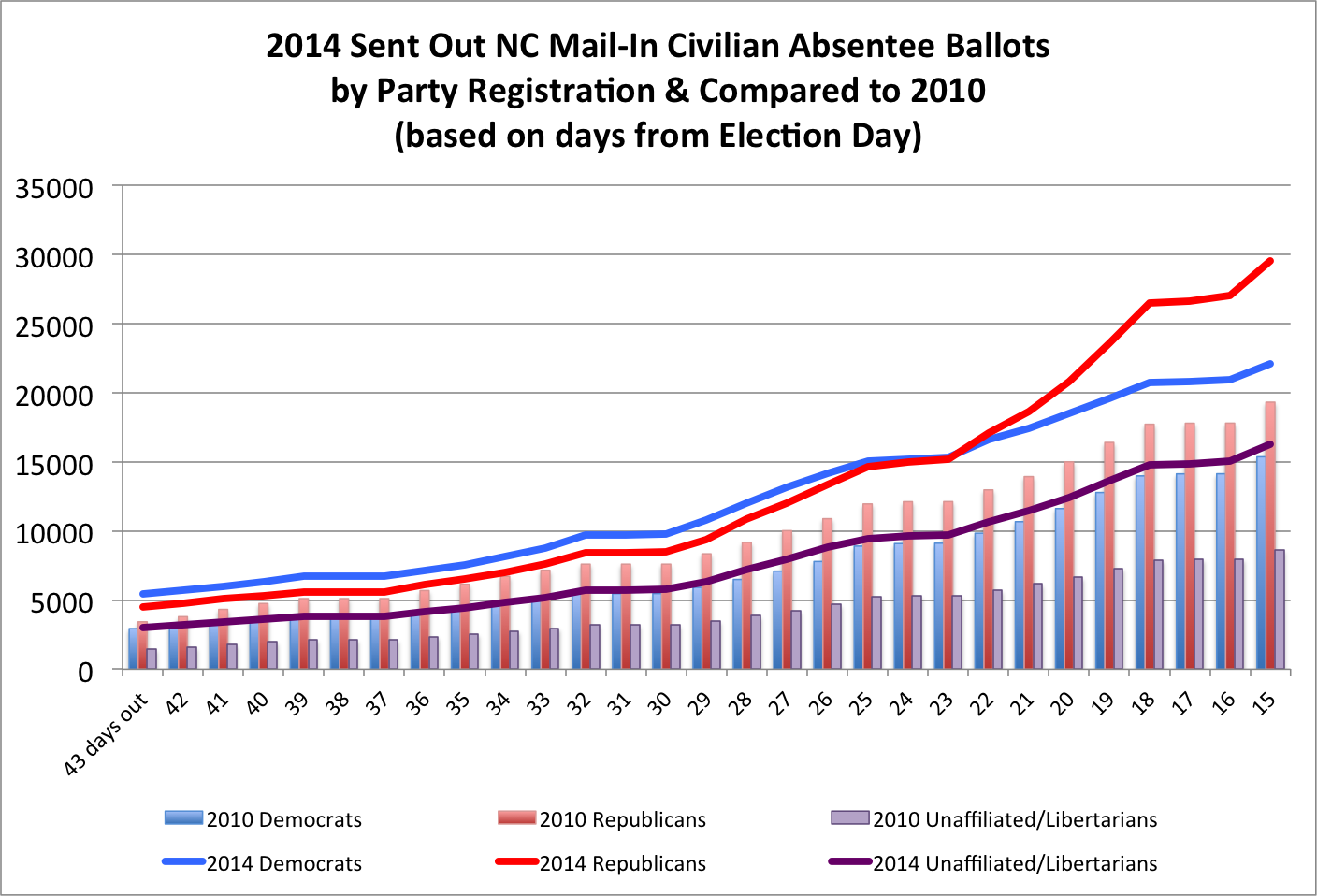 Among the 16, 821 ballots that have been returned and accepted (a 24 percent return rate so far), registered Republicans have taken a slight lead in their numbers: 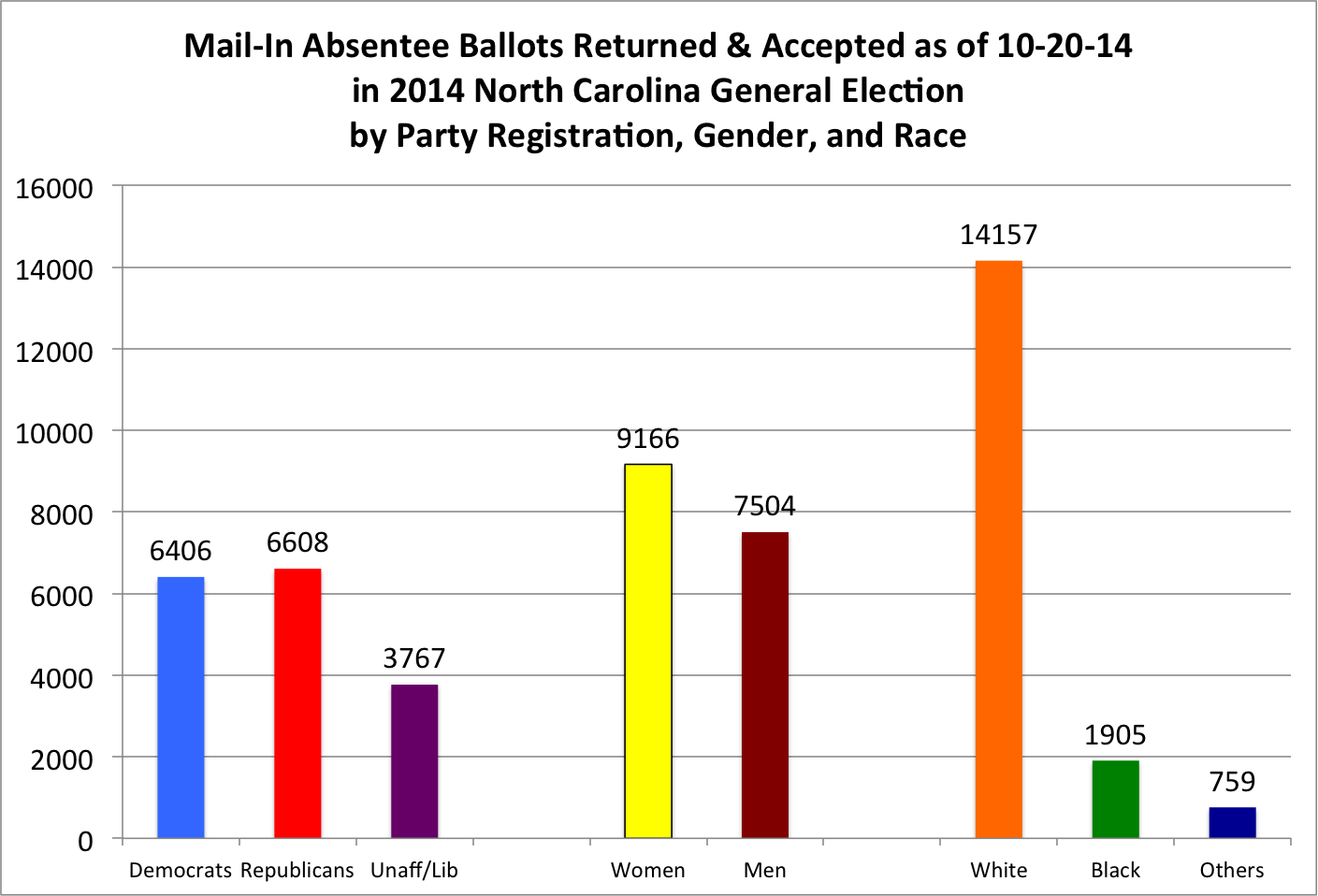 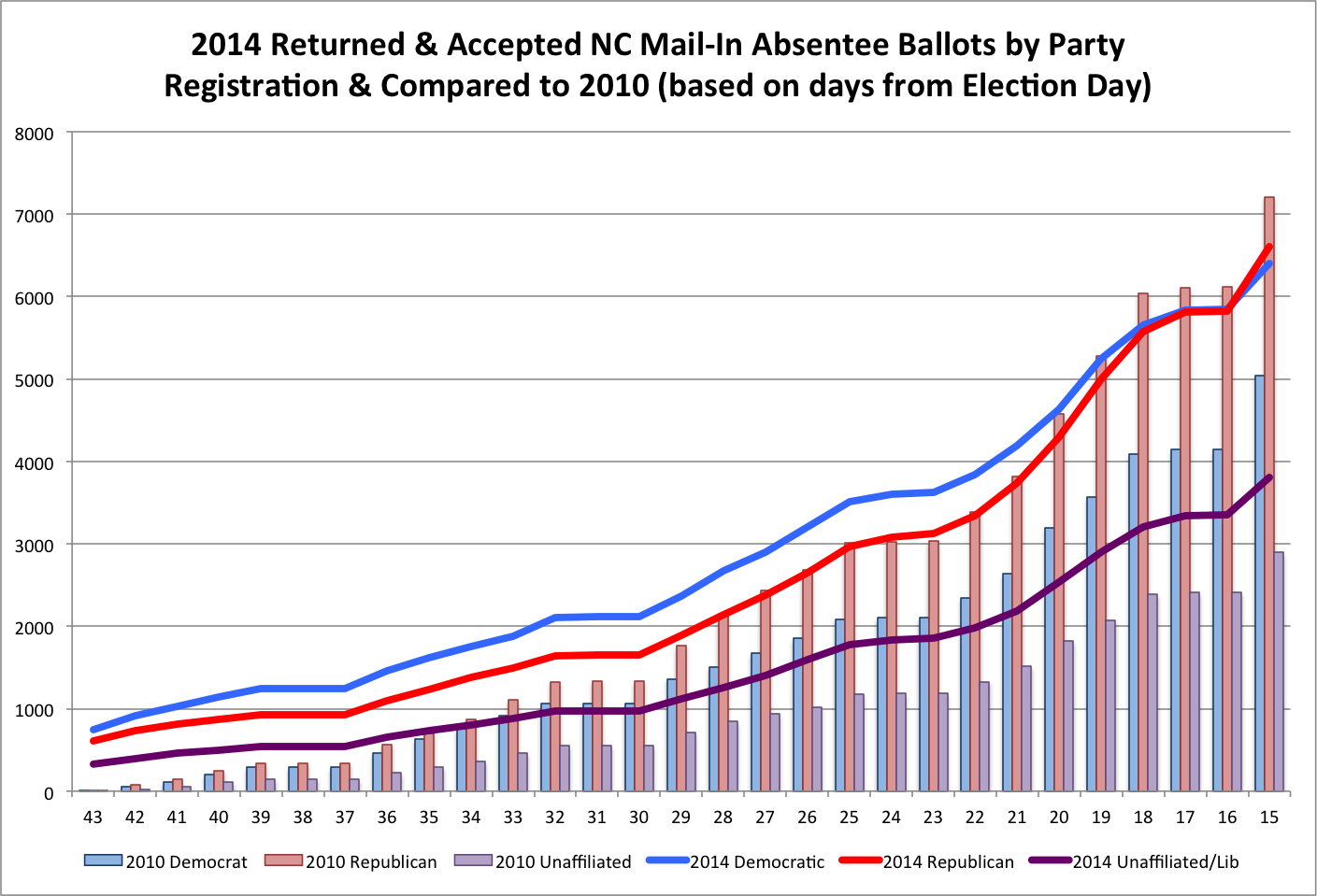 The percentage increase over 2010's numbers have slipped somewhat for Democrats, with registered unaffiliated voters now having the largest increase over their same-day totals: 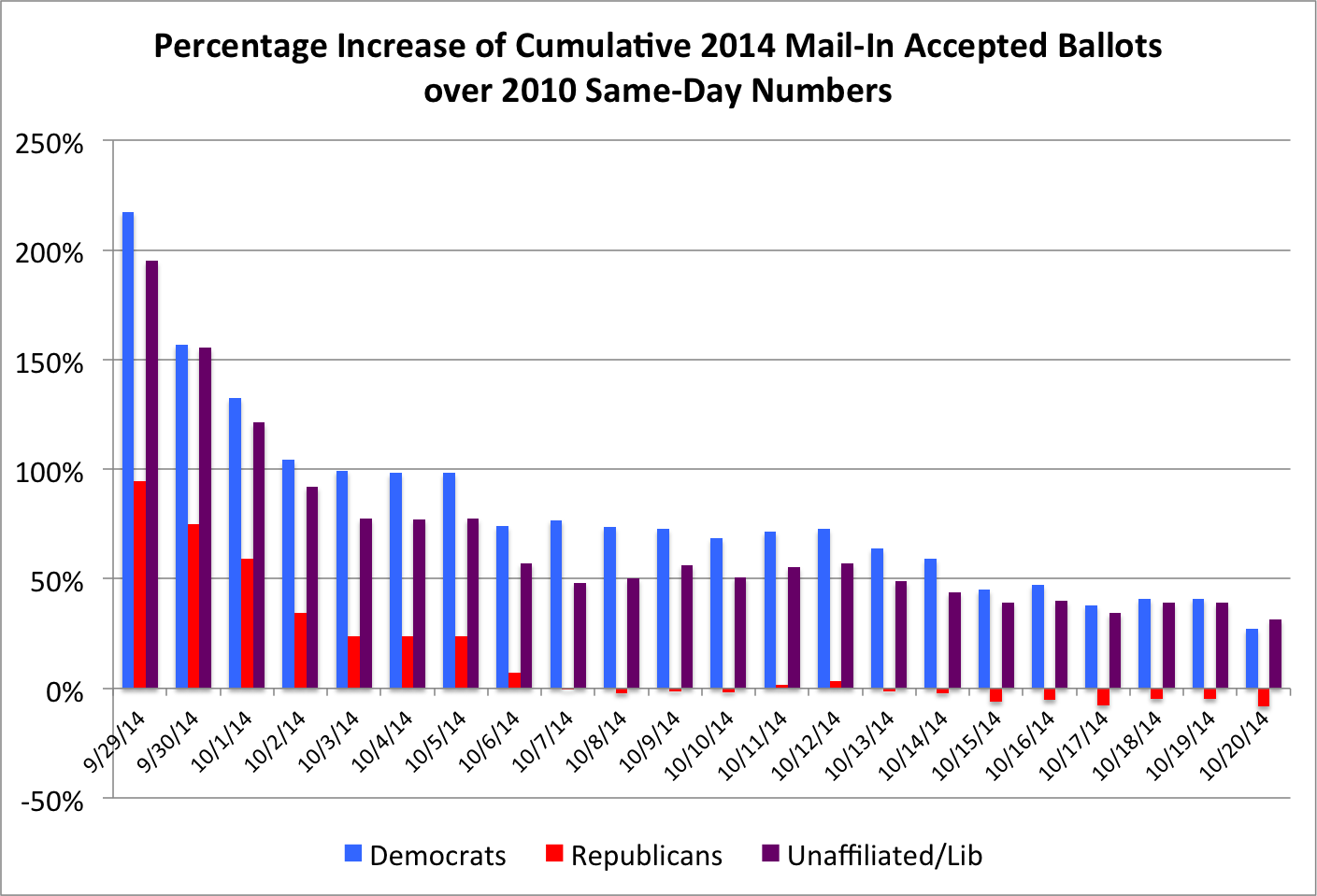 As interest in early voting continues to grow across the nation and in North Carolina, the questions continue to be raised about these voters and what they may have done in 2010's mid-term election. In looking at today's data and comparing these voters against the 2010 voter records, we see a significant plurality of 2014 voters, especially among registered unaffiliated and Democratic voters, requesting mail-in ballots who did not participate in the 2010 mid-term election. 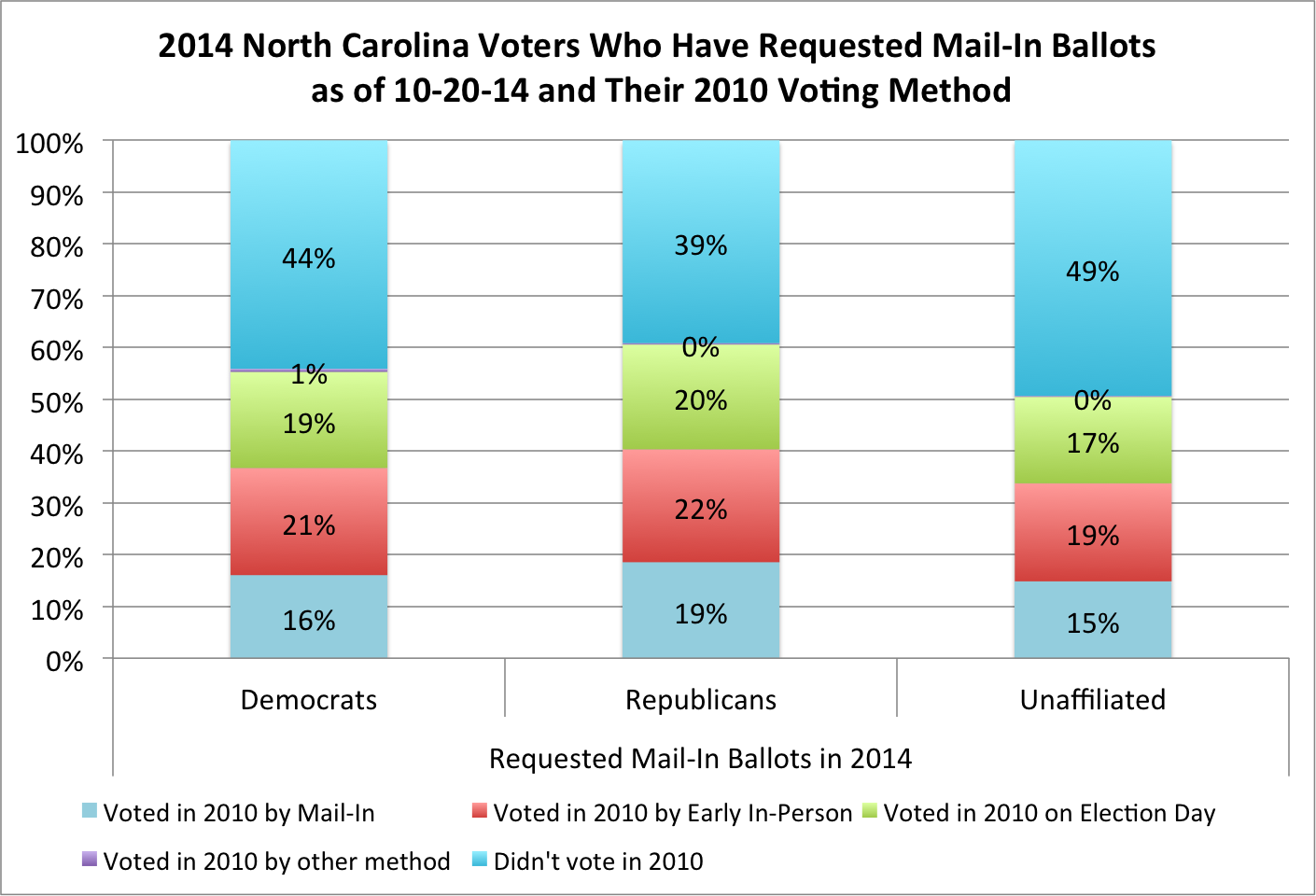 With Thursday's start of in-person absentee voting, the shift of this blog will go to that voting method on Friday, but I'll continue to track the overall numbers of this important votes in this heavily contested state.
By OldNorthStatePolitics.com - October 21, 2014