With the start of 10 days of in-person early voting in North Carolina, mail-in early balloting also continues, with 78,173 requests for mail-in ballots so far: 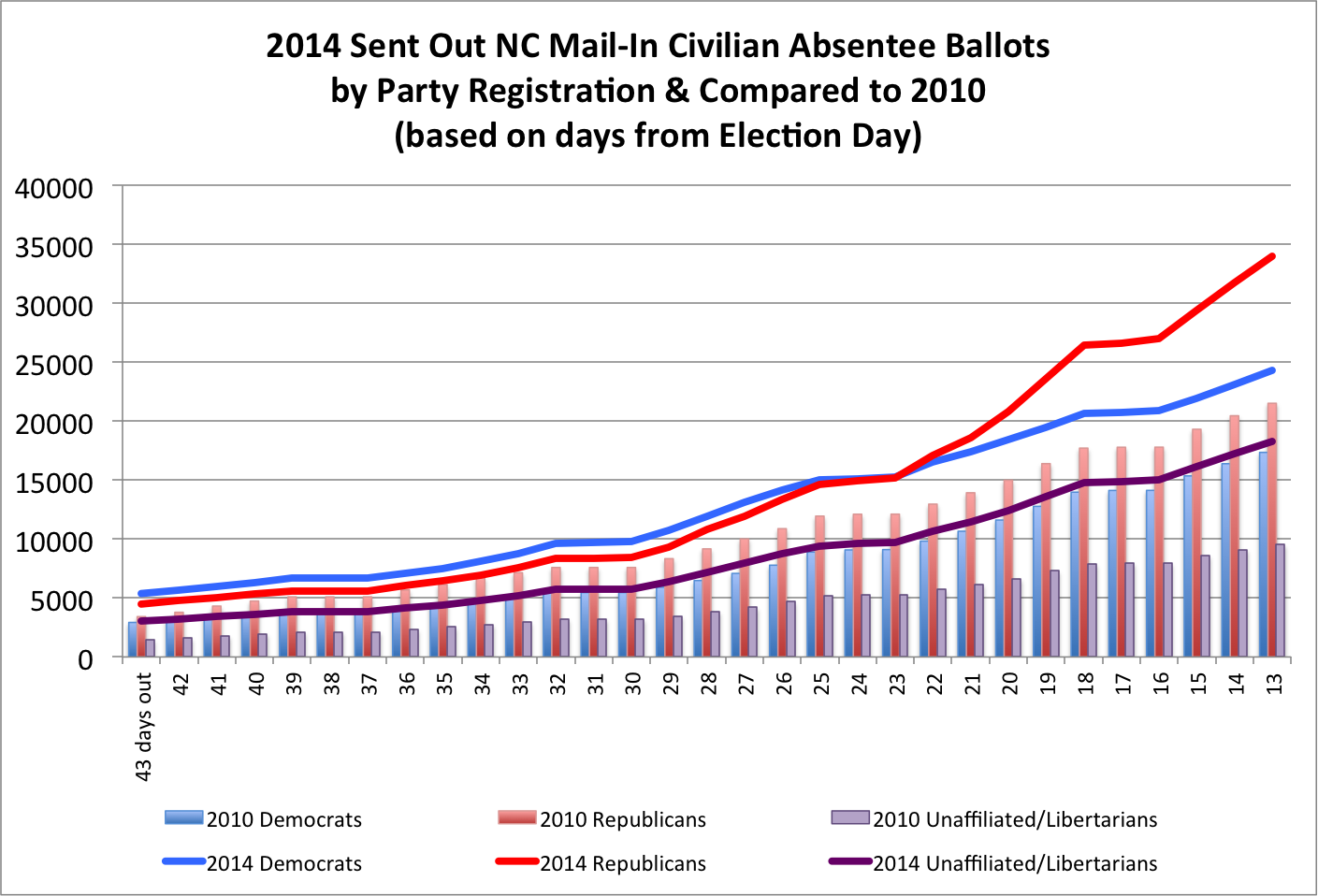 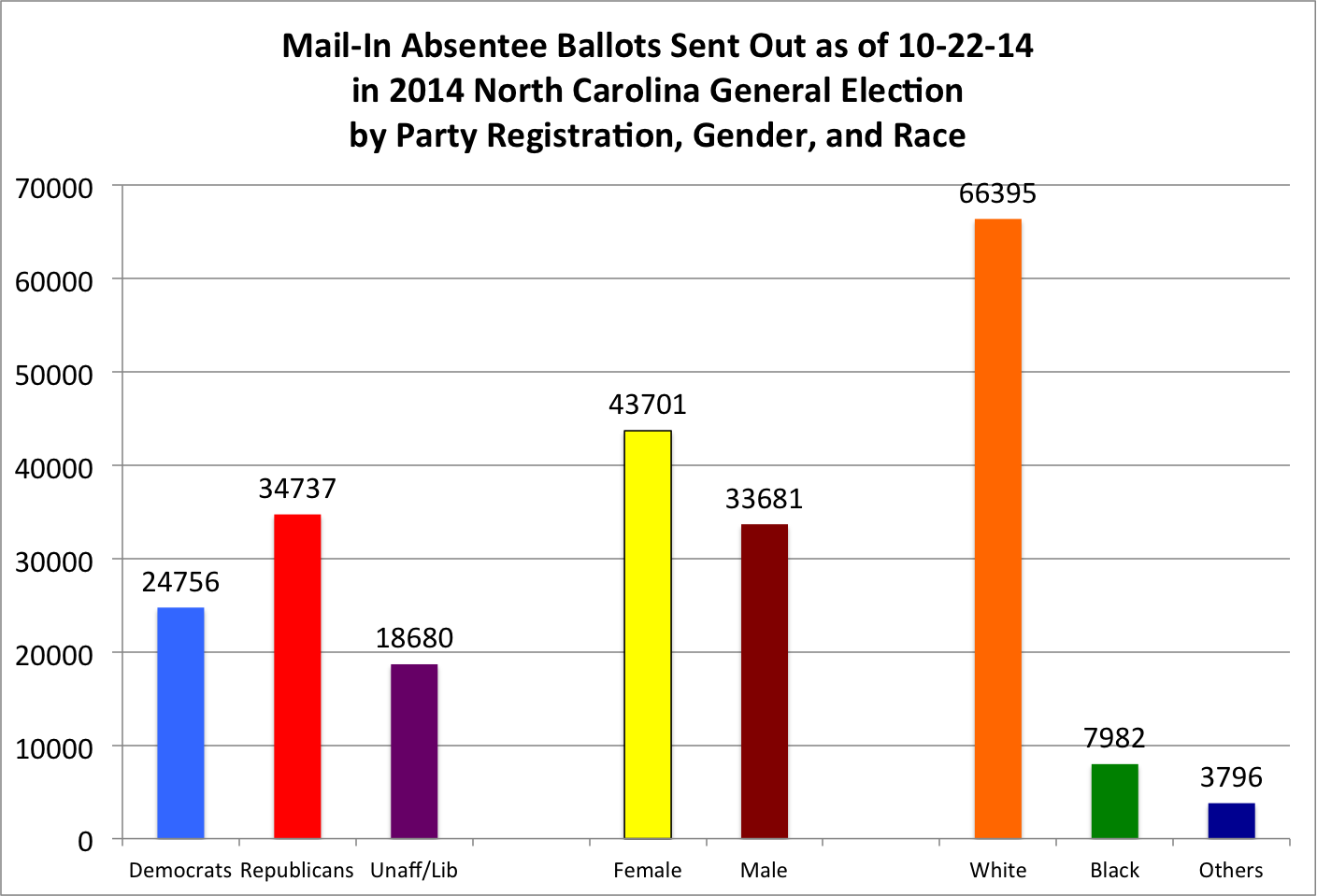 Among these mail-in ballots:


Among the 22,293 returned and accepted mail-in ballots: 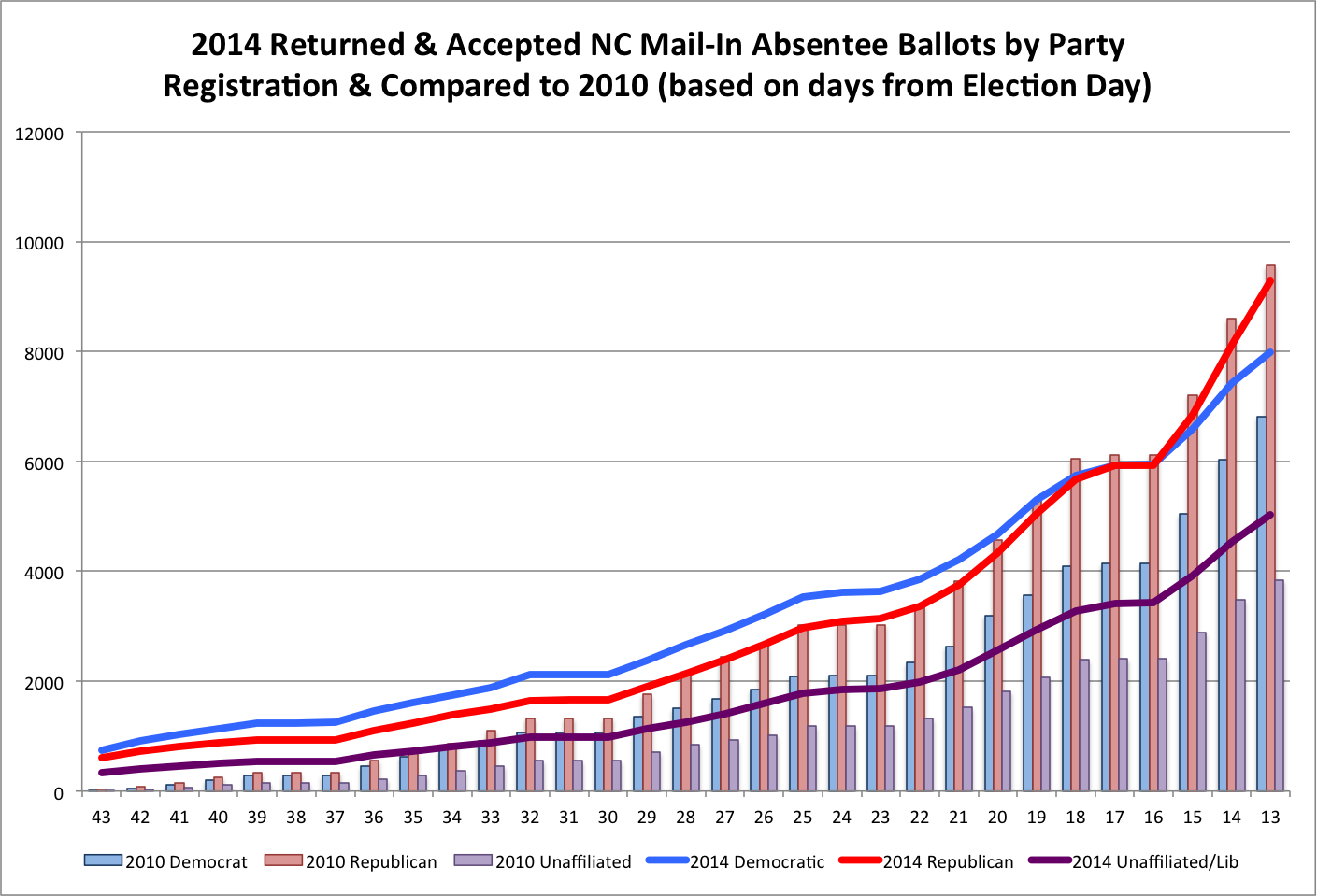 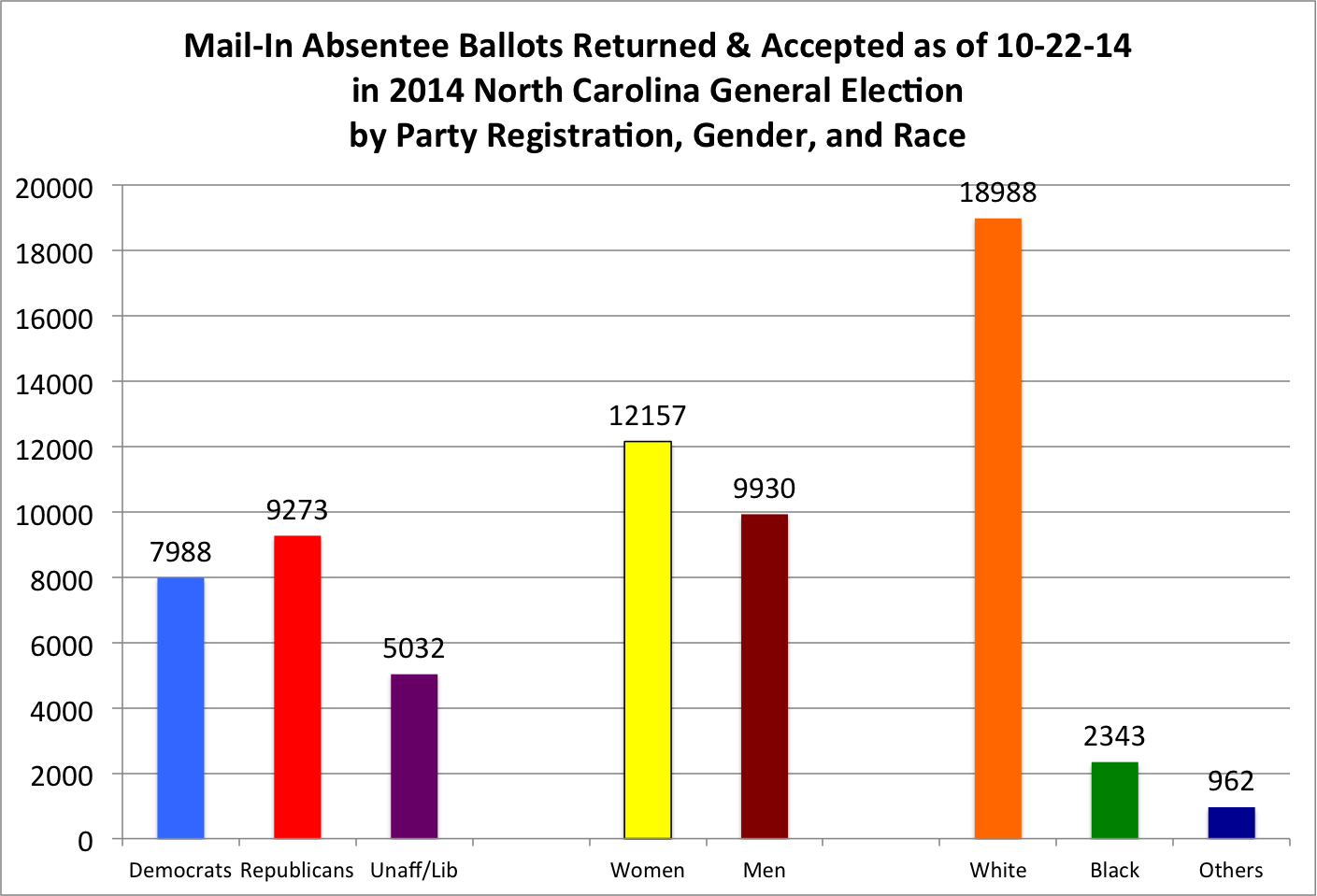 So far, 29 percent of the requested ballots have been returned and accepted.

In terms of the percentage increase over the last mid-term election regarding mail-in ballots: 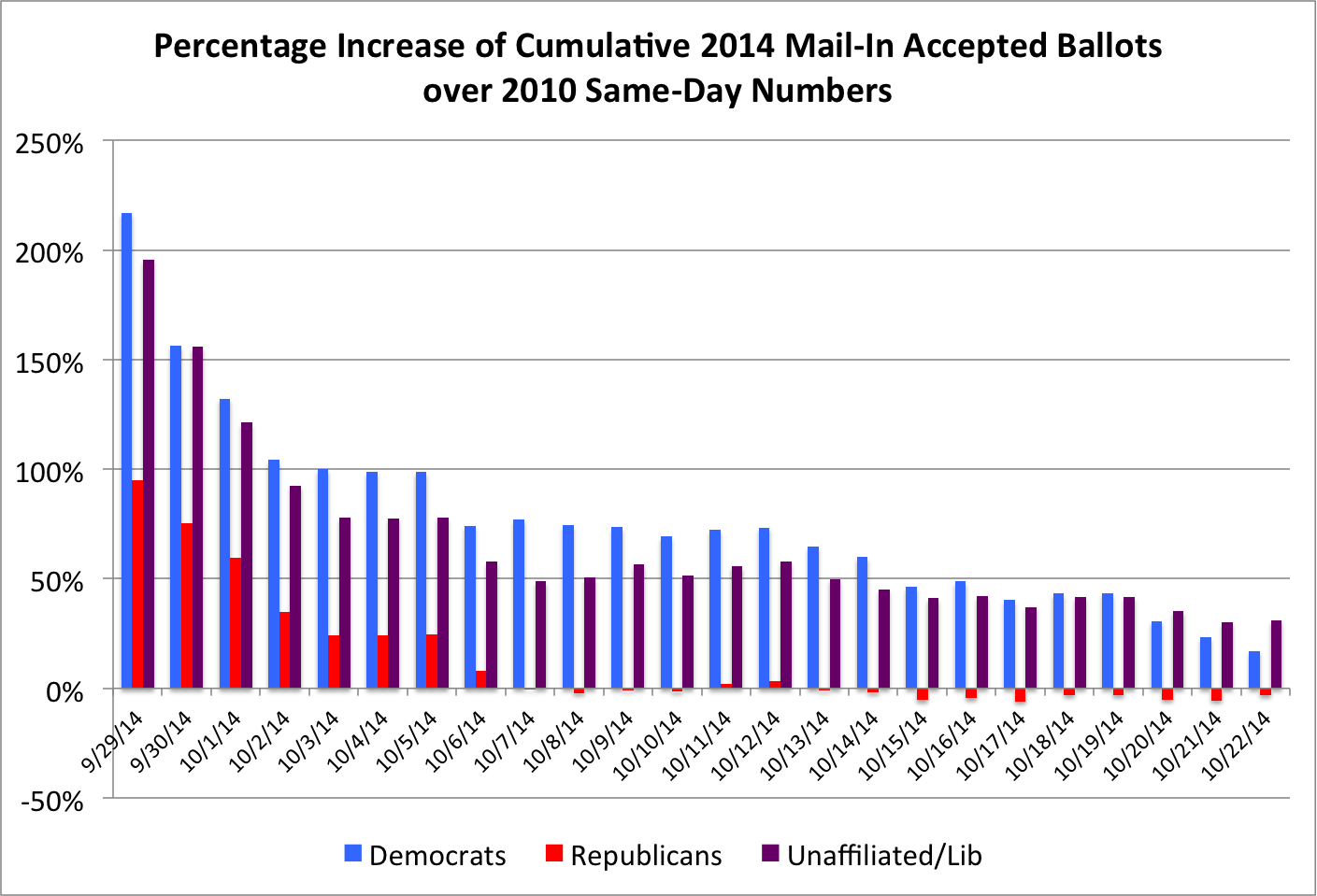 In looking at the 2010 numbers, I also wanted to see what this year's performances in mail-in balloting by the different party registrations to a presidential year, 2012.  First, I looked at the actual numbers in a comparison to both 2010 and 2012 for each party registration pool. 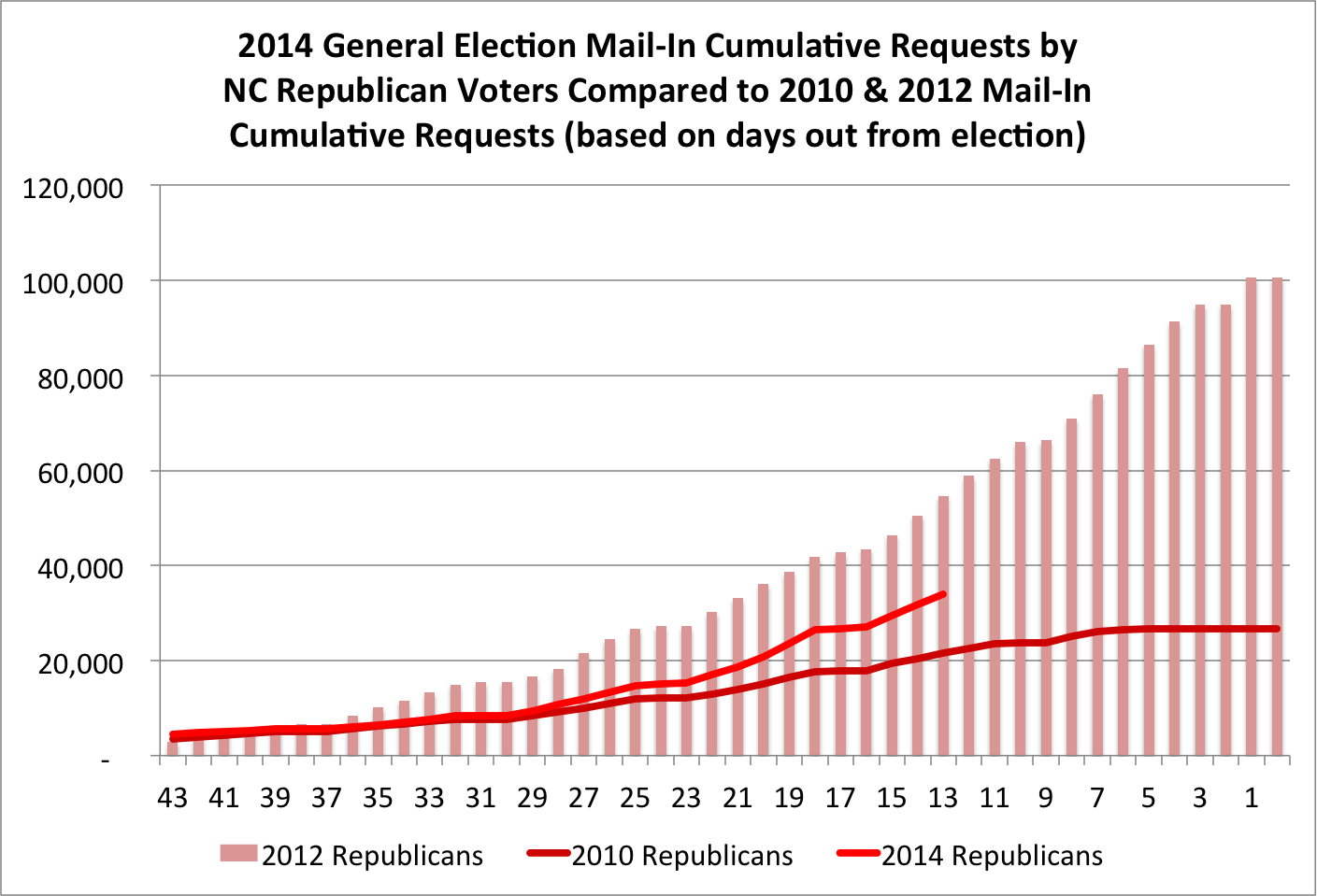 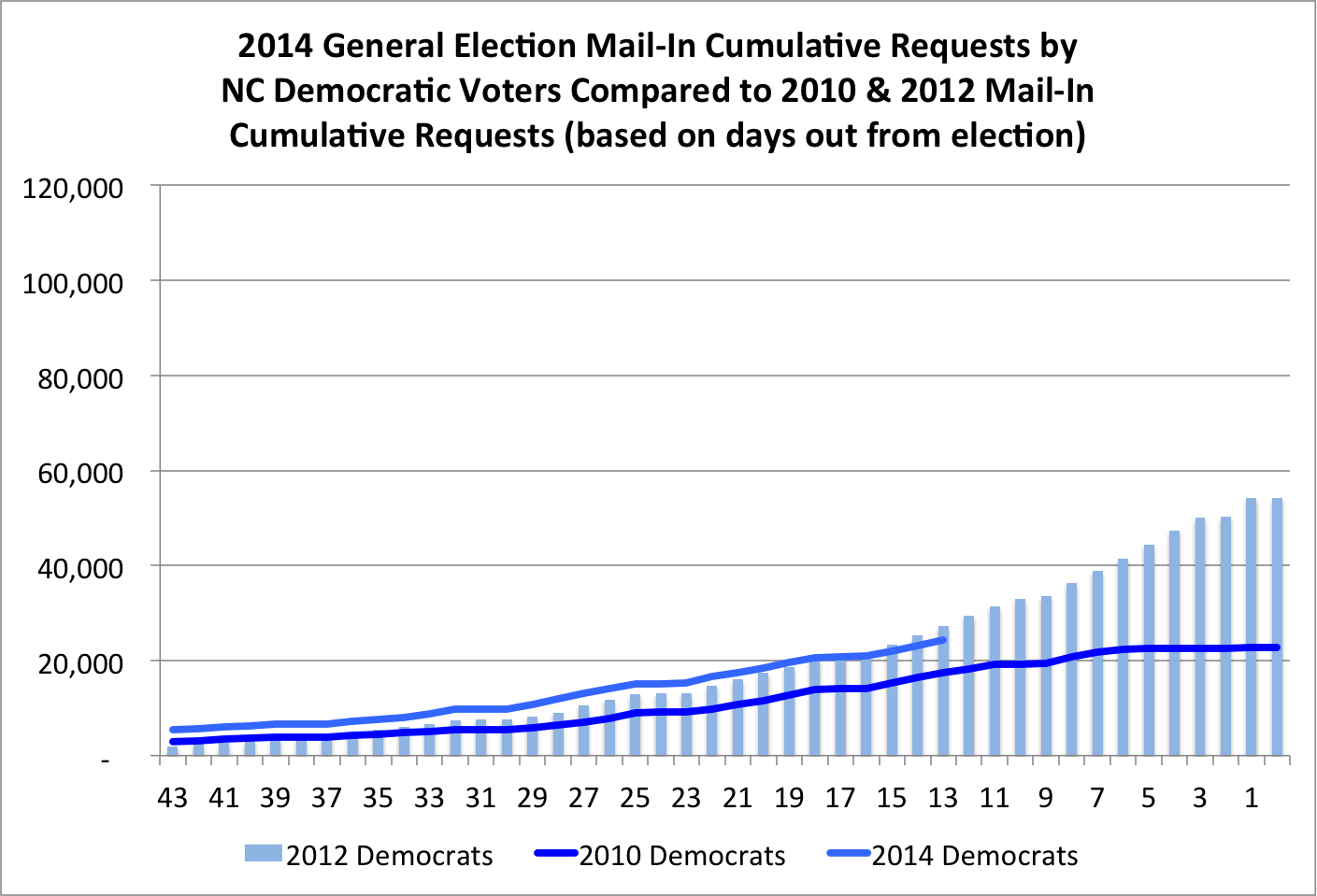 Another way to look at this trend is by comparing the portion of registered voters in each party pool by their mail-in percentage. 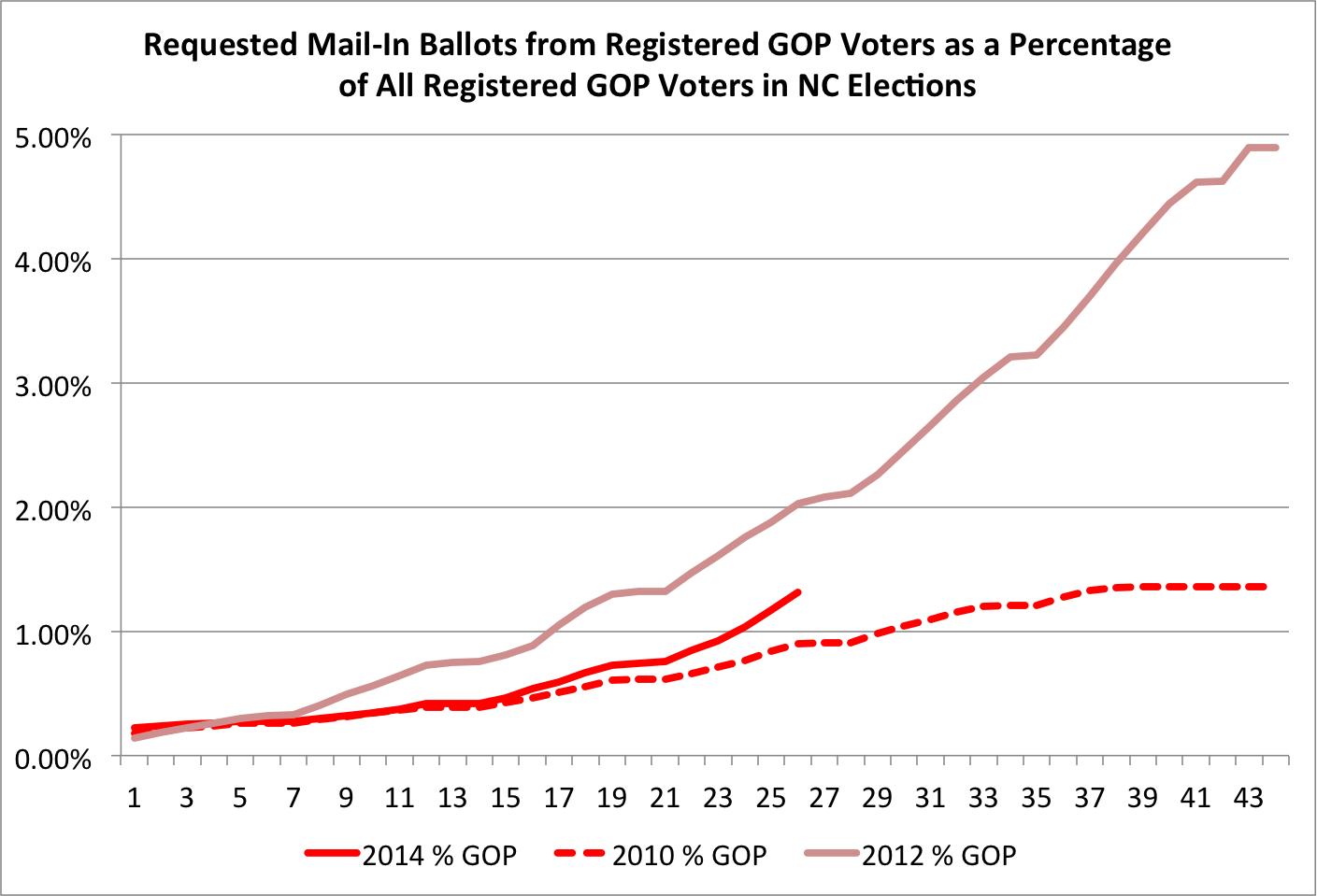 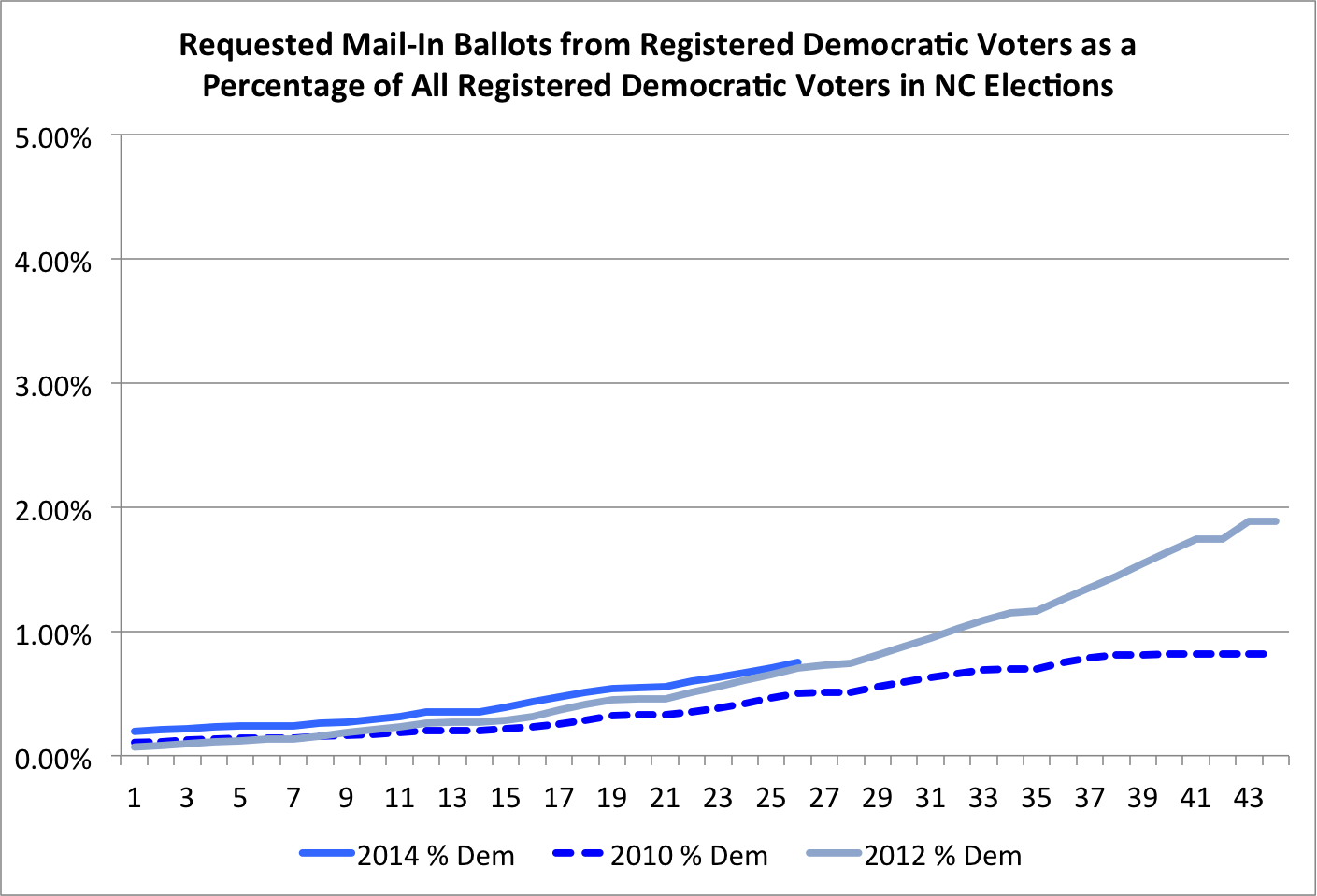 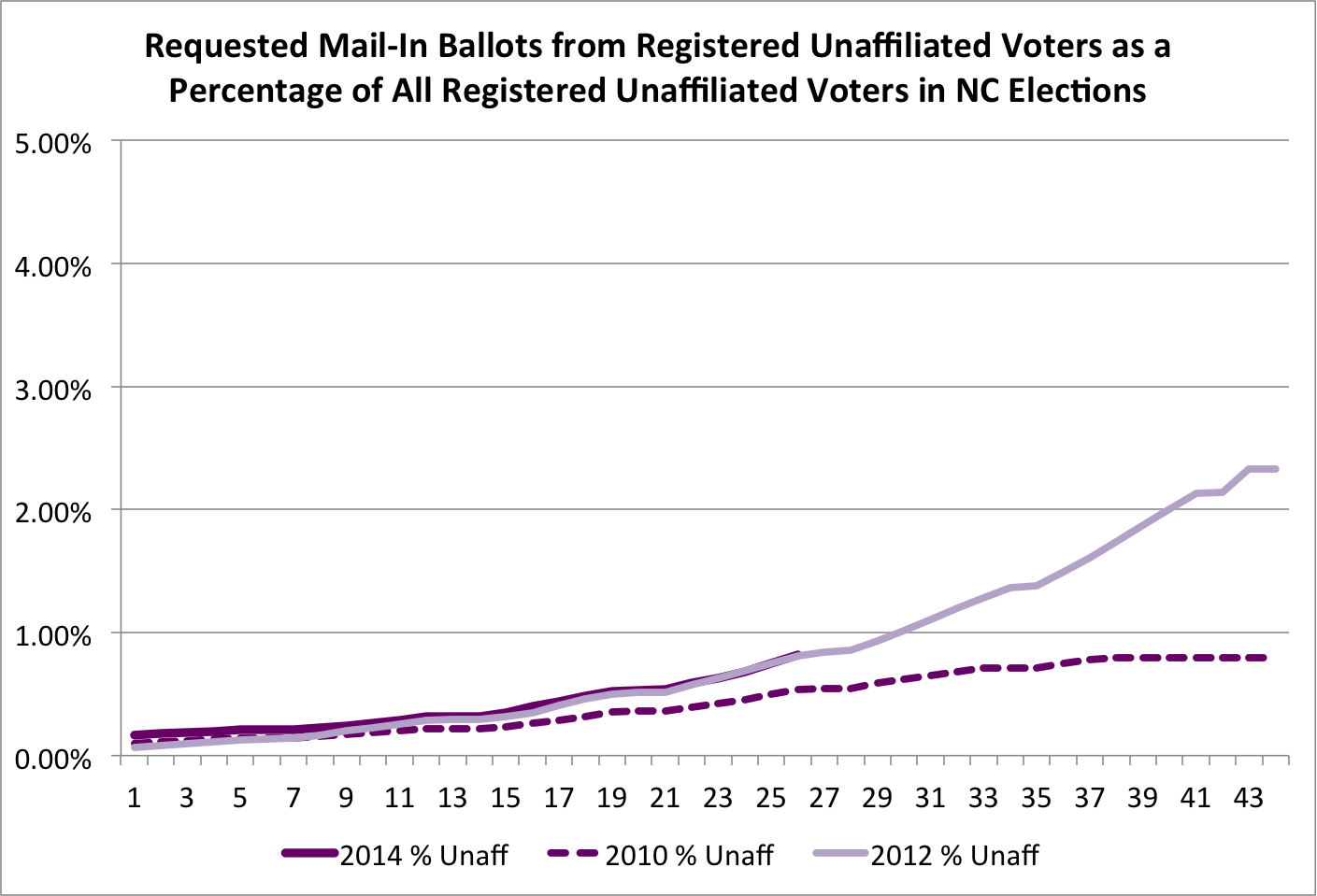 Might this mean that while Republicans are performing as expected, and in fact a bit better than their mid-term year performance trend, both Democrats and unaffiliated voters are acting as if it's a presidential election year instead of a mid-term election year?

Perhaps these trend lines are indicative of the energy on the ground in North Carolina and why the U.S. Senate race is such a competitive contest.
By OldNorthStatePolitics.com - October 23, 2014