As we near the end of the third week before the general election, the numbers continue to climb in North Carolina's mail-in absentee balloting. 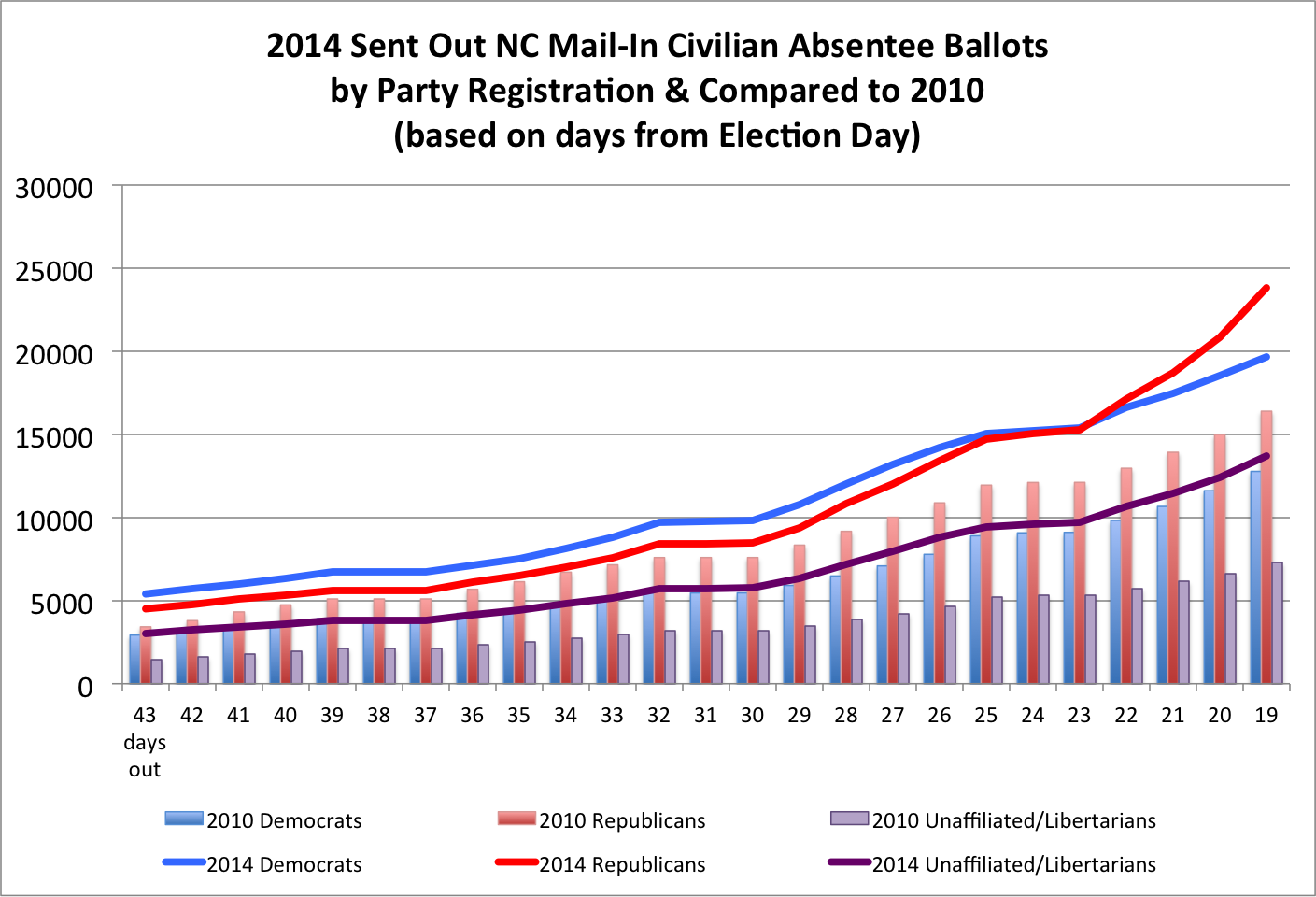 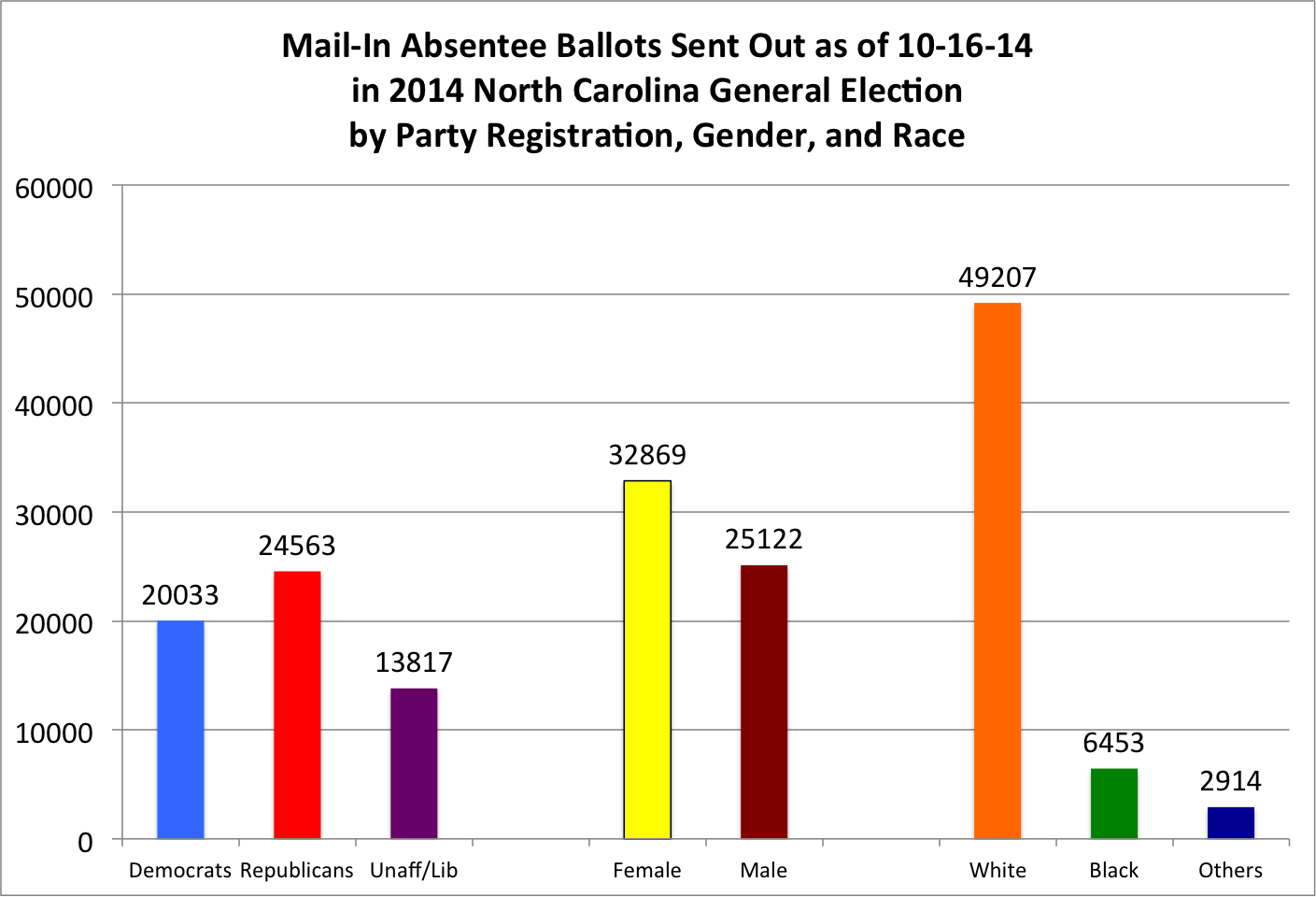 Among the requested ballots so far:

Republicans are heading back into their traditional advantage in mail-in absentee balloting in terms of the percentage of requests, but Democrats and unaffiliated voters are still significantly ahead of their same day numbers from four years ago. 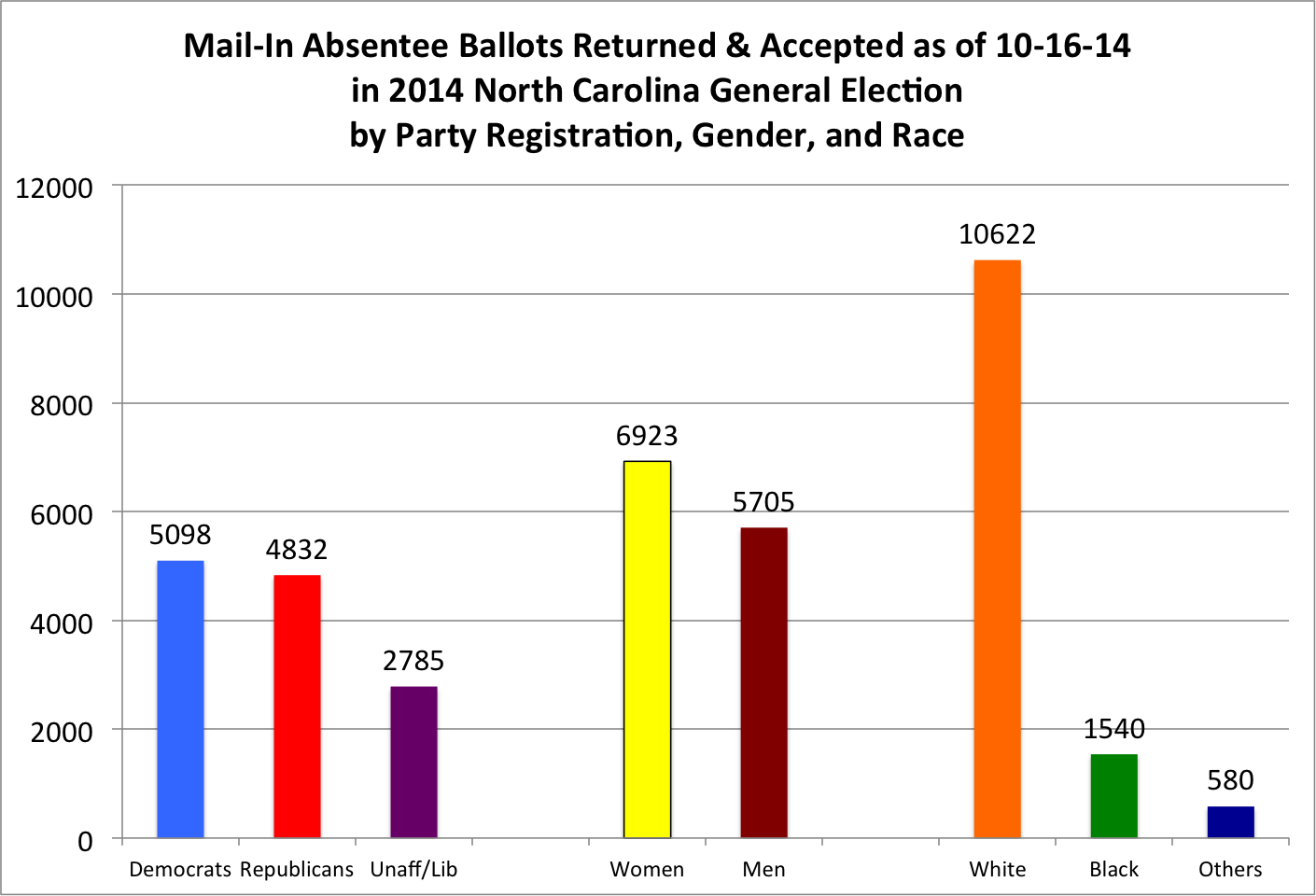 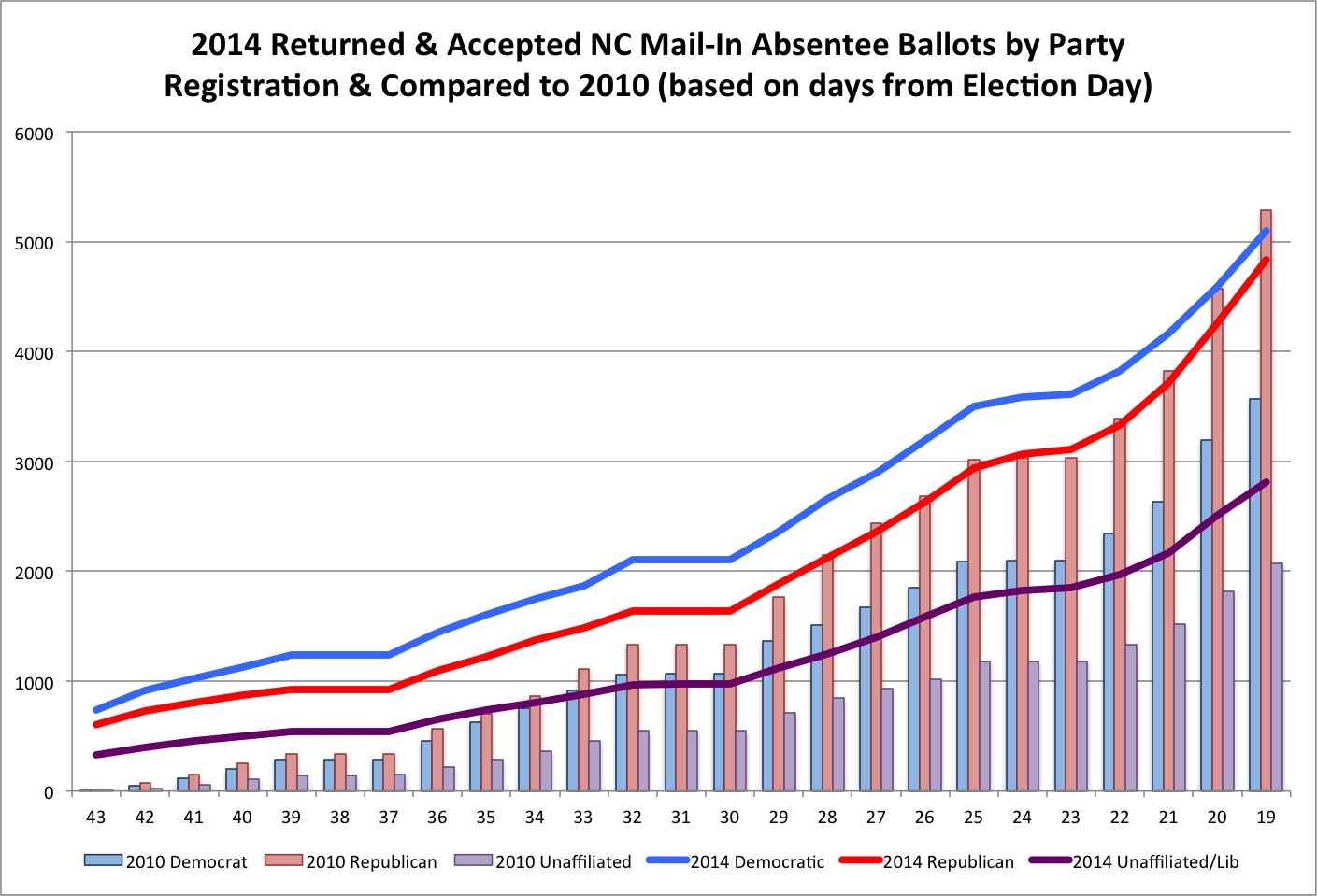 Among the returned and accepted ballots:
The percentage increase from four years ago, with same day comparisons, continue to show Democrats and unaffiliated voters are substantially ahead, with Republicans slightly below their 2010 same-day number: 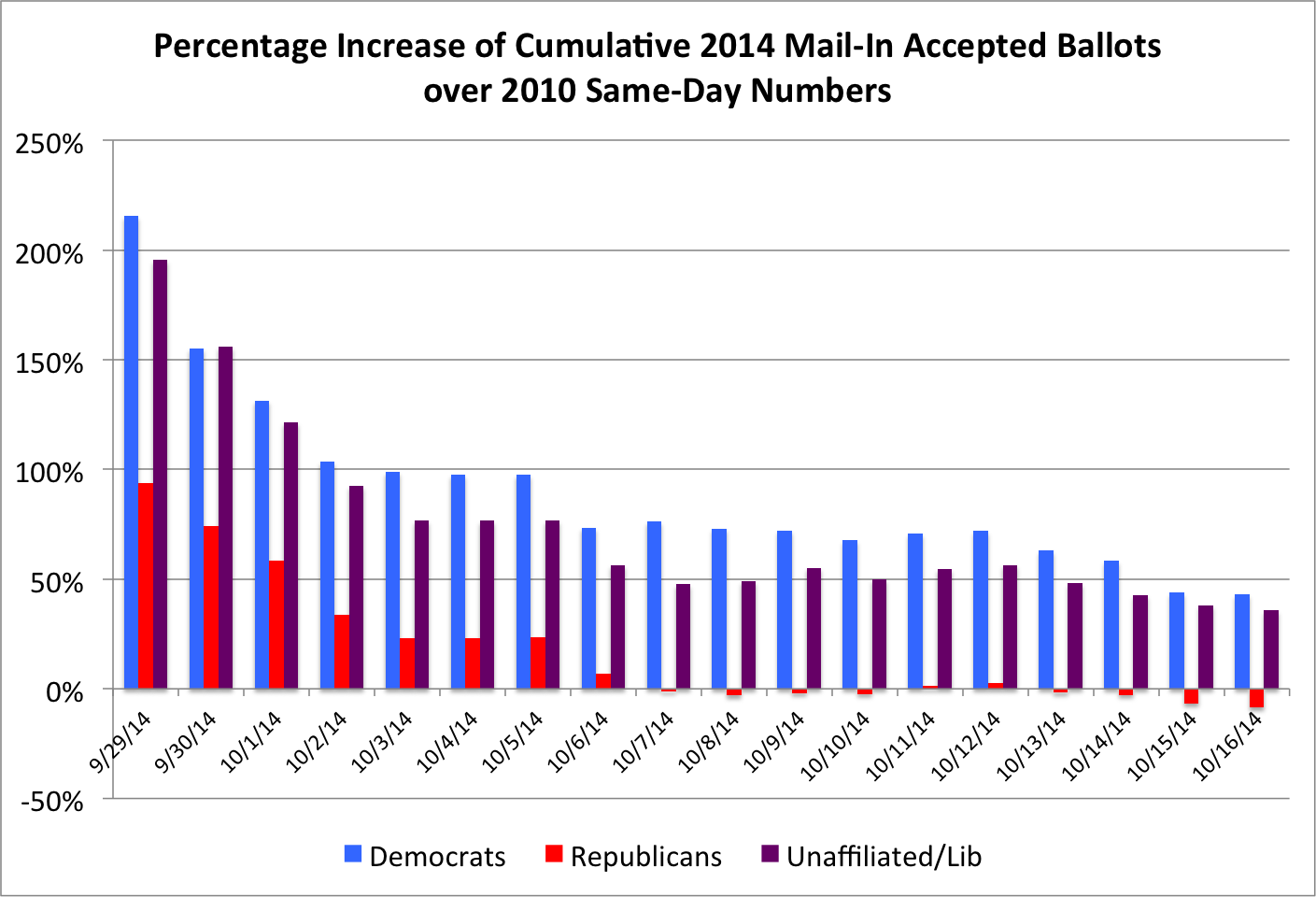