Back & Forth By Republicans & Democrats in NC's Mail-In Balloting

With some additional numbers over the weekend, the race towards November 4 has drawn closer among the two major parties in terms of requested mail-in ballots, but one party still commands in returned and accepted ballots so far.

First, a clarification: after conversations with Nate Cohn of the New York Times' The Upshot, a further refining of the data from the North Carolina State Board of Elections is going to be done from now until Election Day. The data contained entries for voters who both requested a mail-in ballot and returned it, but in two separate and duplicate records for the same voter. As of this morning, I scrubbed the data when loaded into SPSS for the duplicate records and filtered them out. Therefore, you may see some slight 'drops' in the numbers in comparison to previous posts on NC's mail-in absentee ballots (for example, the total of duplicated records was 710 out of 42,940 in today's data, so we're working with a baseline of 42,230 requested ballots).

Of these 42,230 requested ballots that have been sent out, registered Republicans have taken a slight lead, with 38.1 percent to registered Democrats at 37.9 percent and registered unaffiliated voters at 23.7 percent. 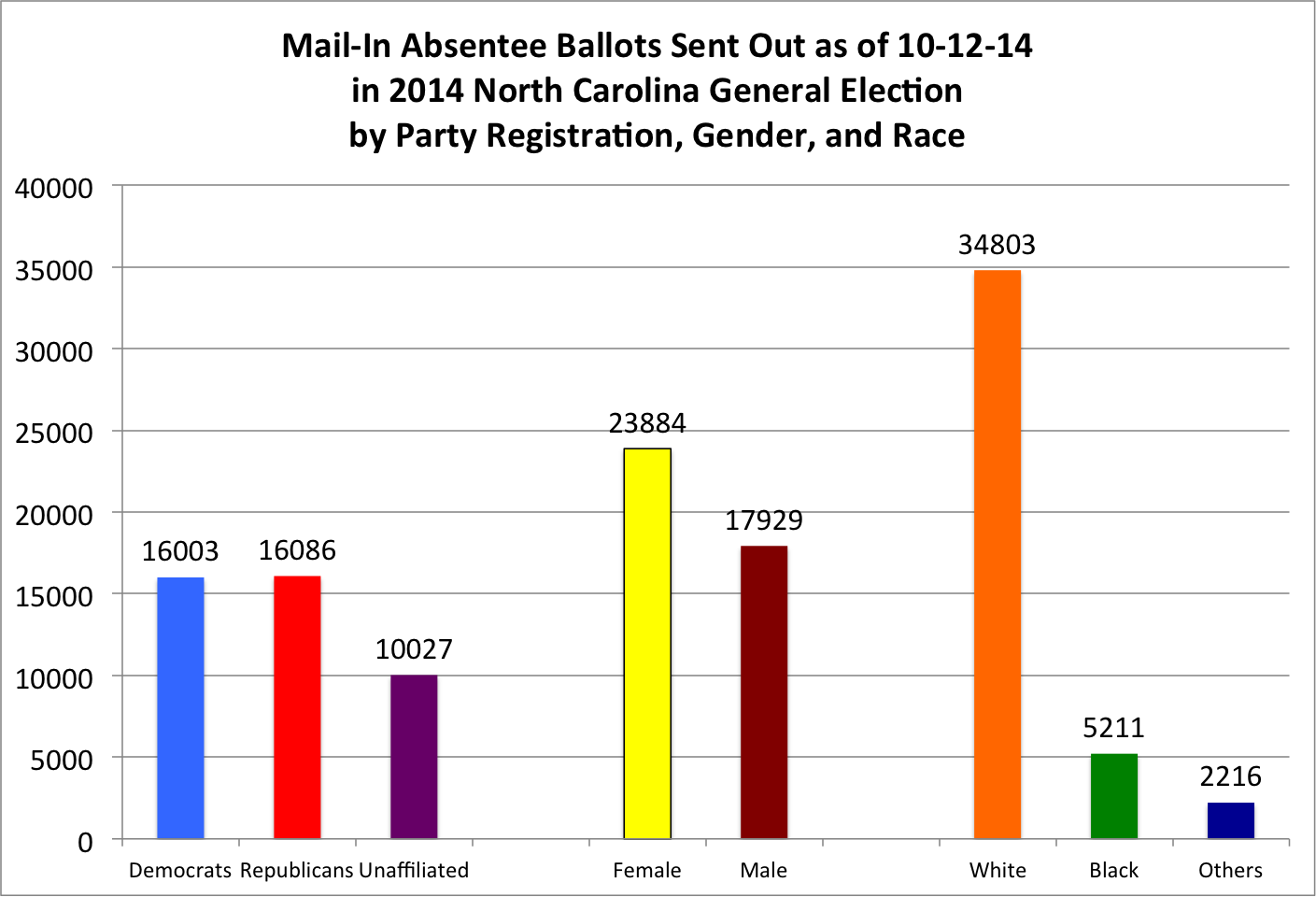 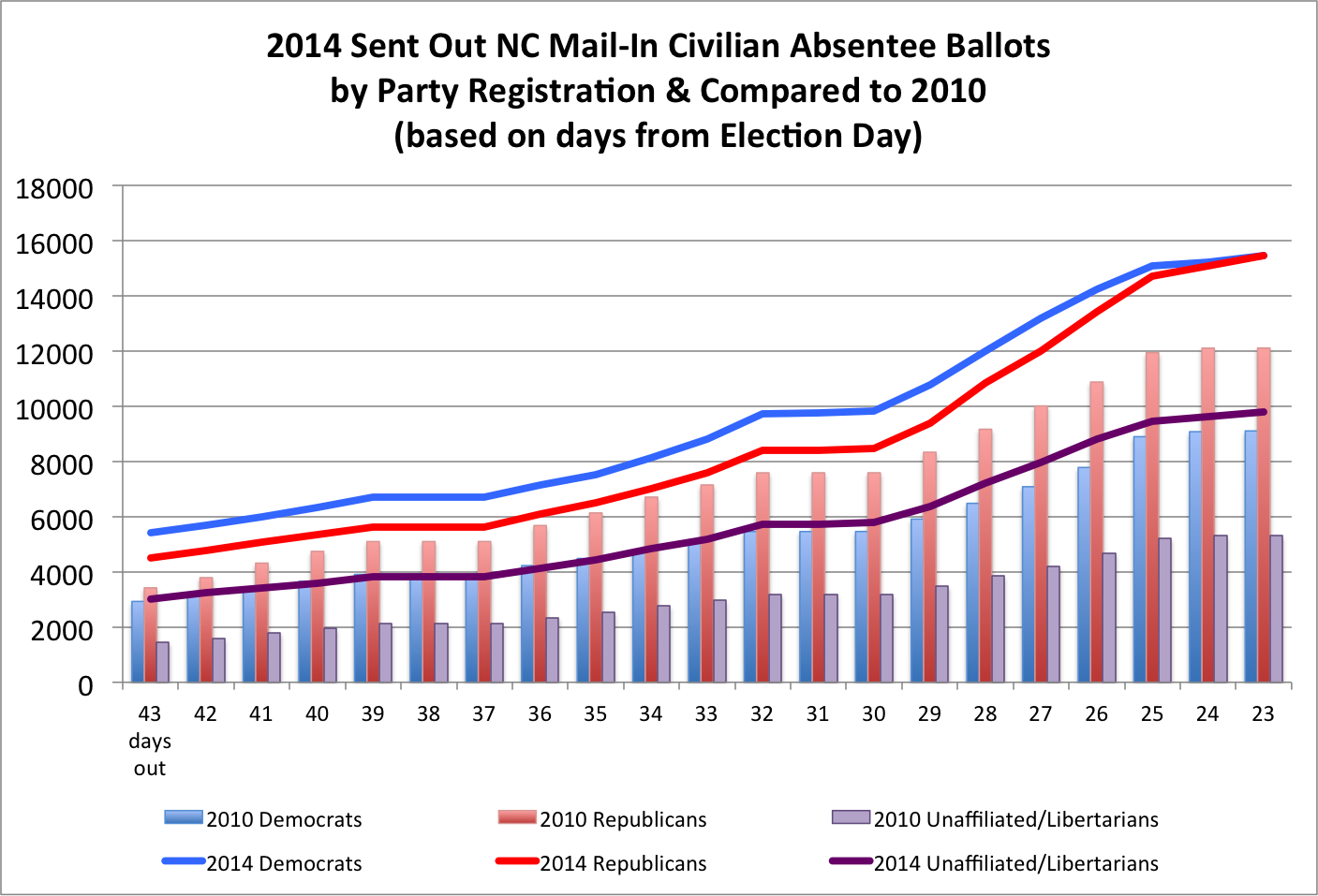 While Republicans may cheer this new found lead, historically they had a much more substantial lead over Democrats and unaffiliated voters, such as with the column bar graphs from 2010 in the above graphic show.

Among the requested ballots, 56.6 percent come from female voters while white voters are 82.4 percent and black voters are 12.3 percent. 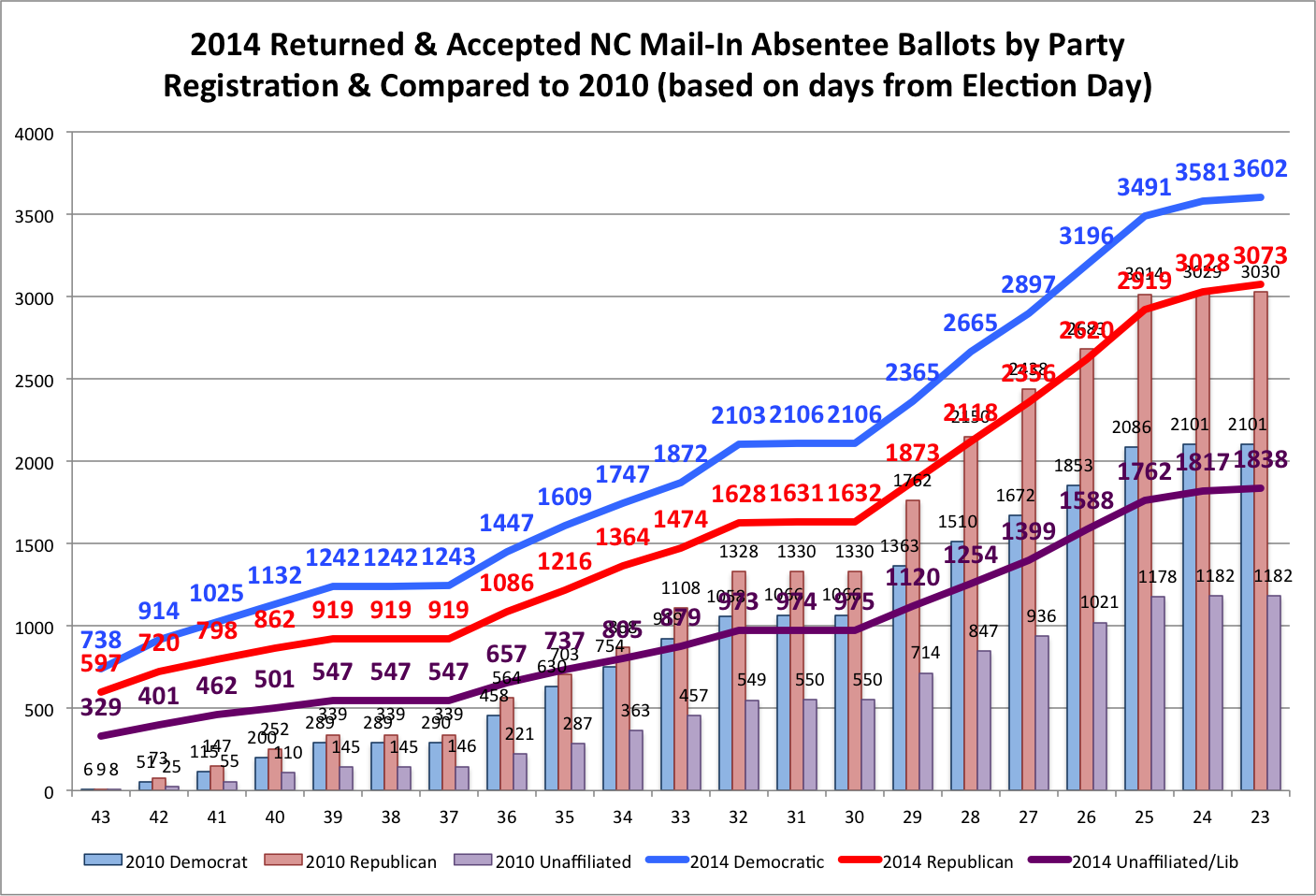 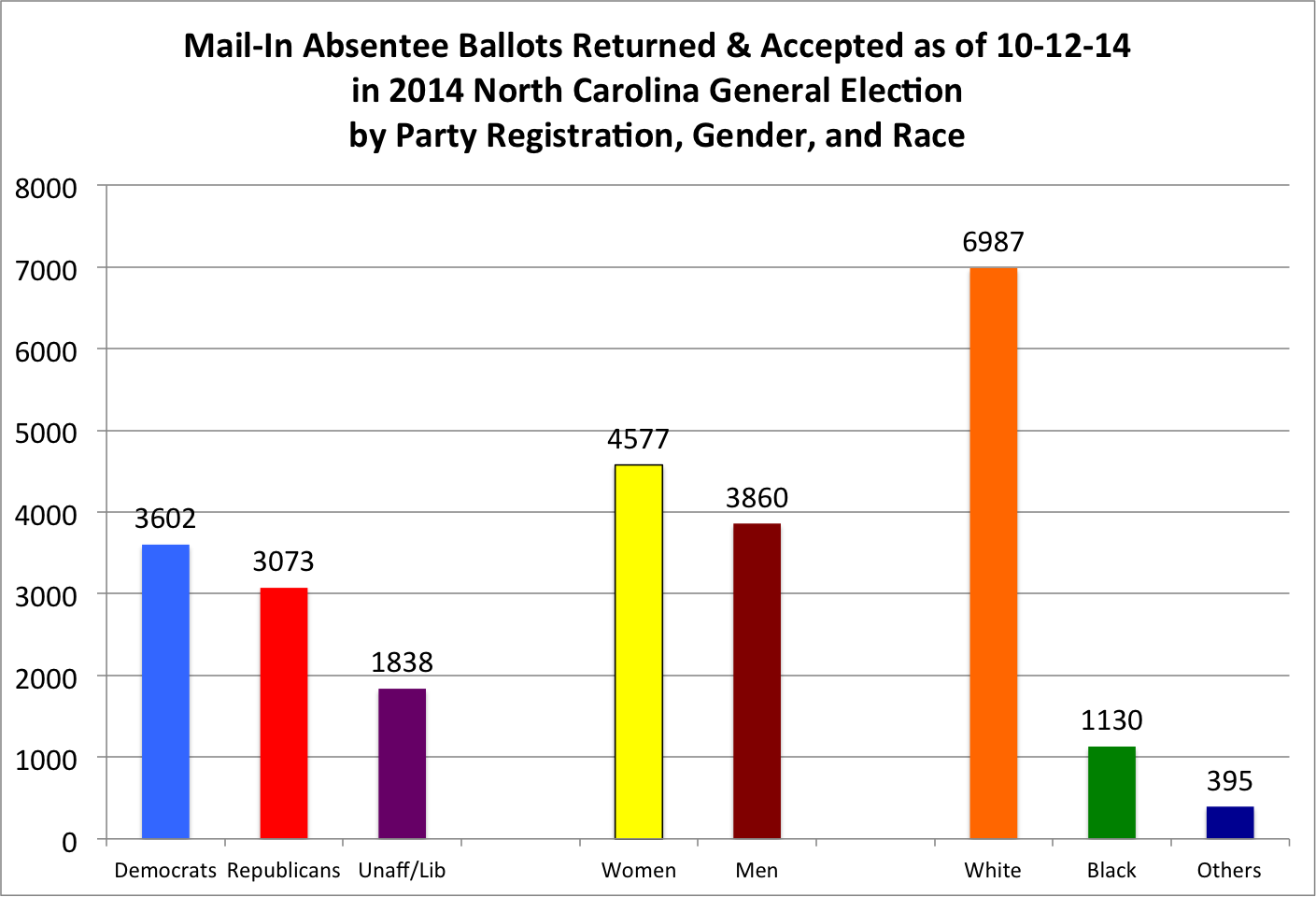 Of the 8,512 returned ballots that have been accepted, registered Democrats are 42.3 percent to registered Republicans at 36.1 percent, with unaffiliated voters at 21.4 percent.  Females are 53.8 percent and while voters are 82.1 percent and black voters are 13.3 percent.