With the weekend and the holiday on Monday, the numbers for North Carolina's mail-in absentee ballots have moved slowly, but we should expect a fairly large increase in the numbers come Wednesday following processing today. 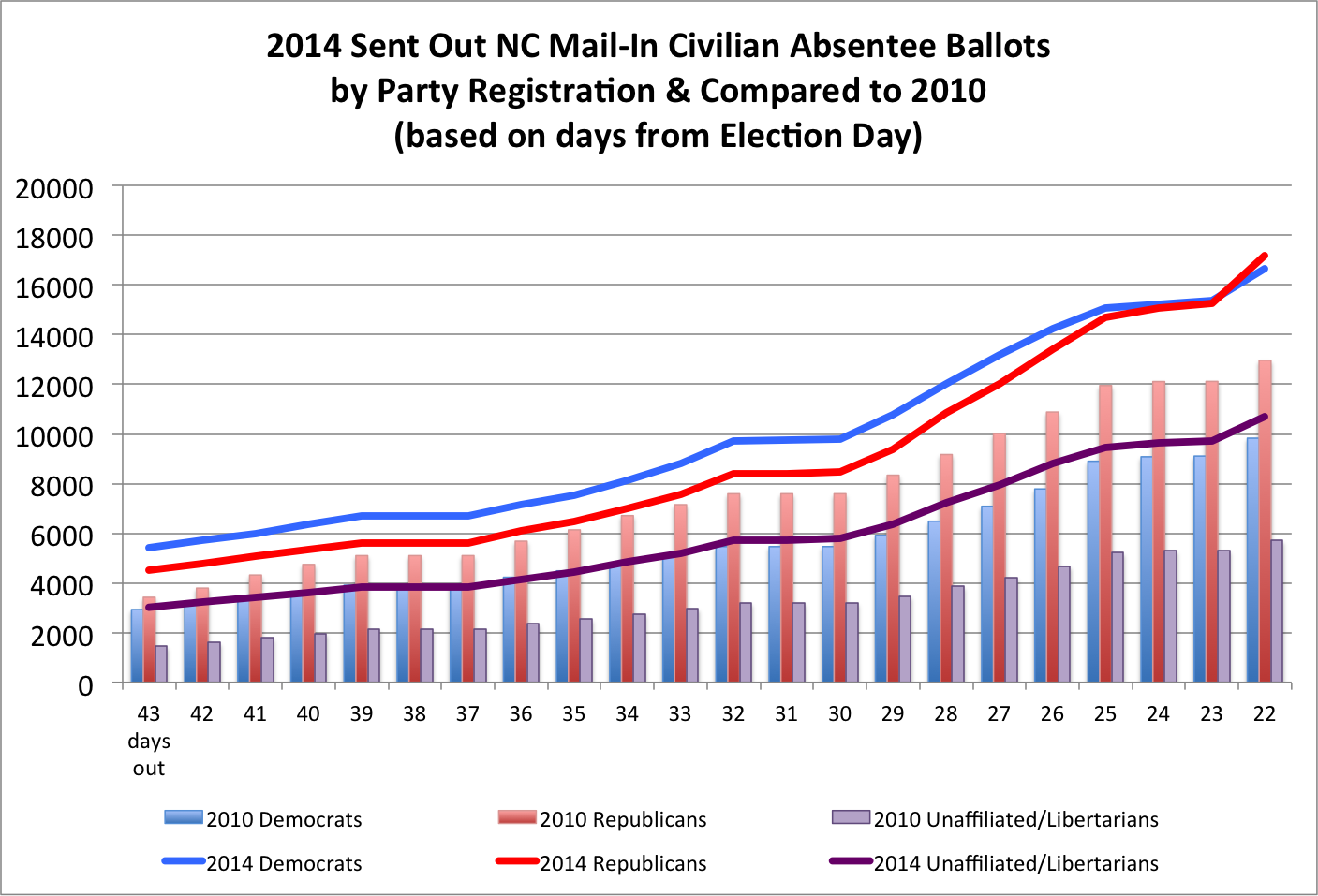 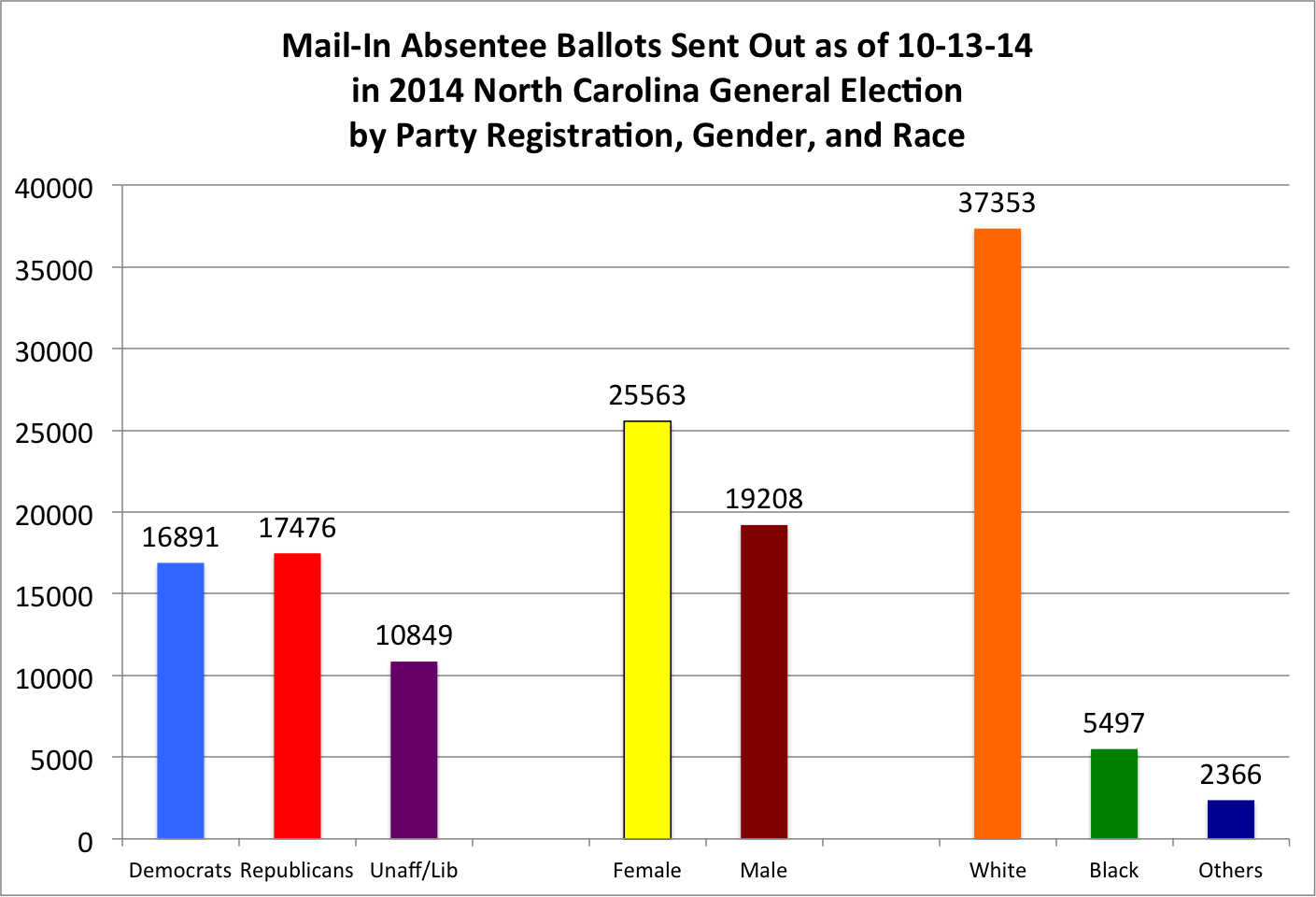 Among those 9,083 ballots returned and accepted for the November 4 election: 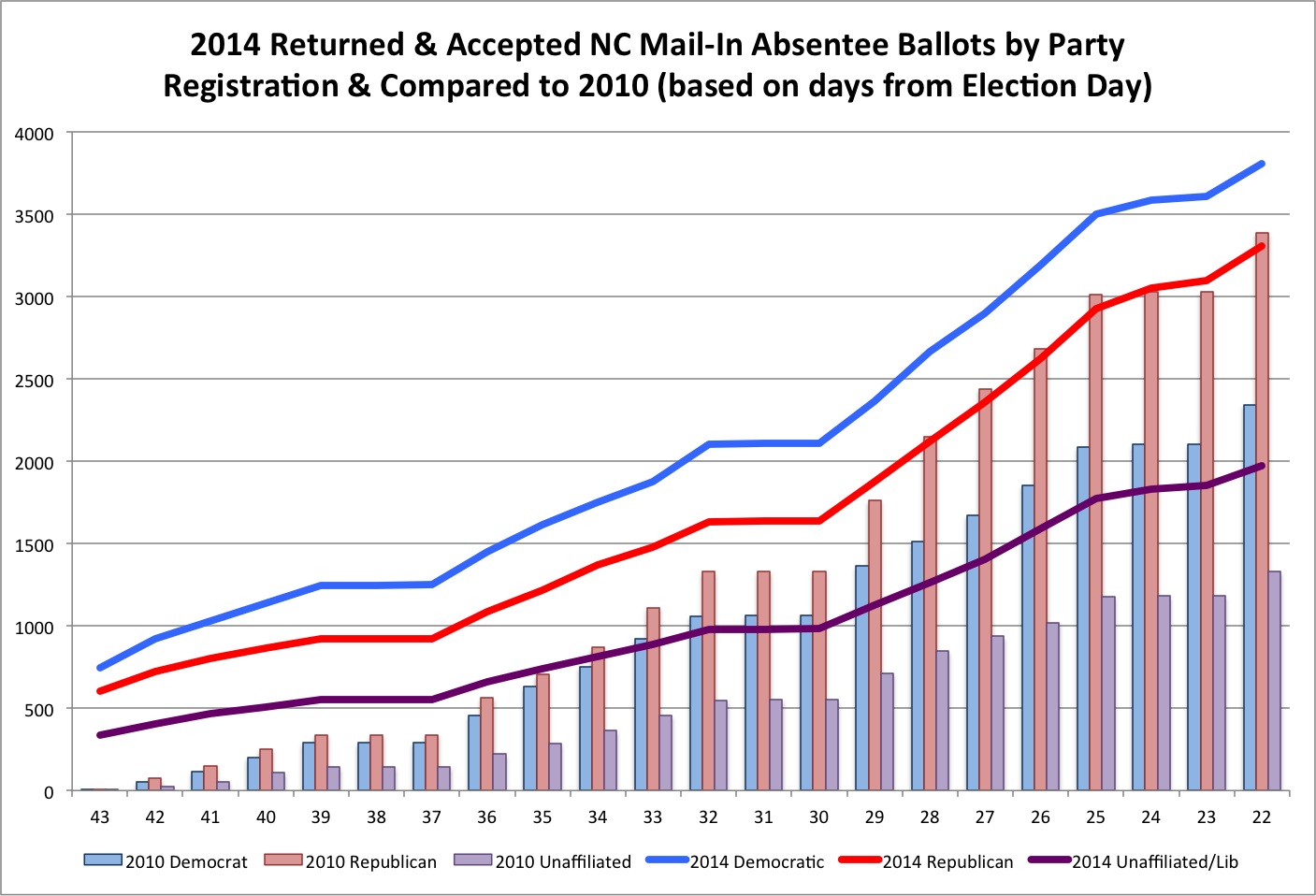 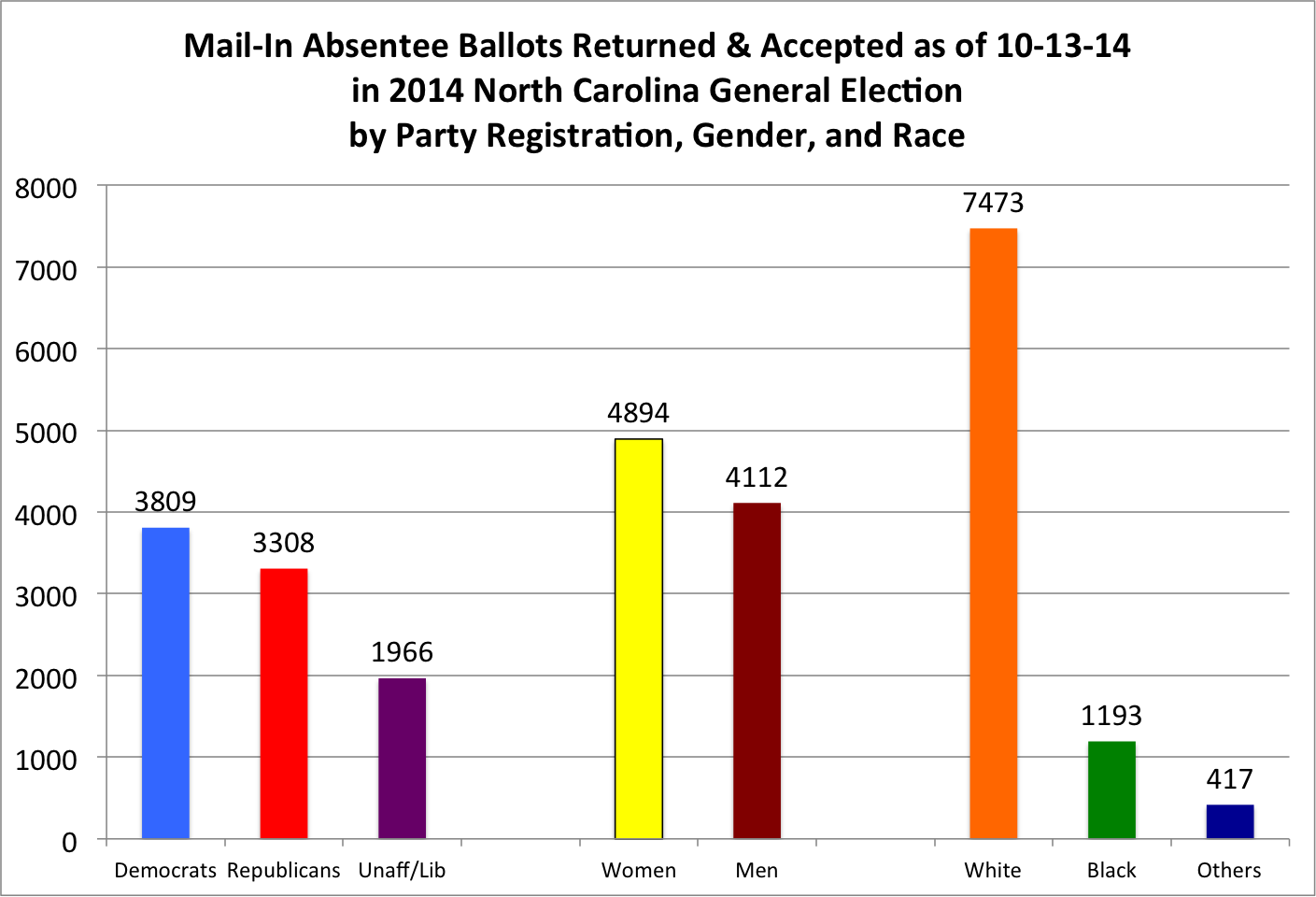 The percentage increases over the same-day totals from 2010 for the three major party registration classifications are: 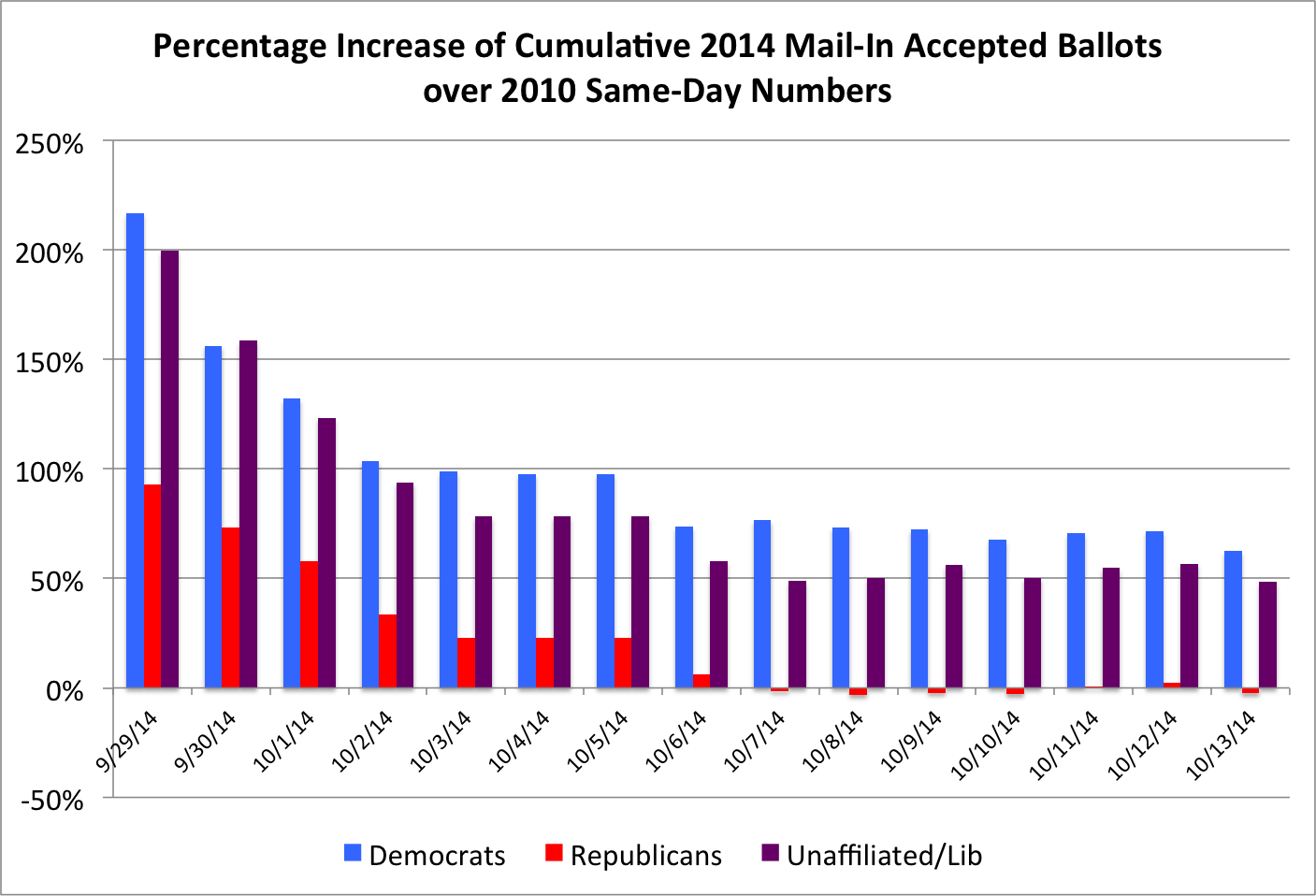