With three weeks to go before the general election, North Carolina has seen close to 165,000 requested absentee by mail-in ballots as of Tuesday, October 18, with over 46,000 of them returned and accepted for votes on November 8. 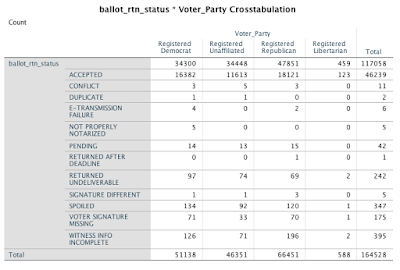 Of the requested ballots, the party registration percentages continue to hold: 40 percent from Republicans, 31 percent from Democrats, 28 percent from unaffiliated voters, and less than one percent from Libertarians.

In comparison to the same day in 2012, the total number of requested (sent) ballots is comparable (slightly up at 3 percent over the same day), but the differences within party registration is quite noticeable. 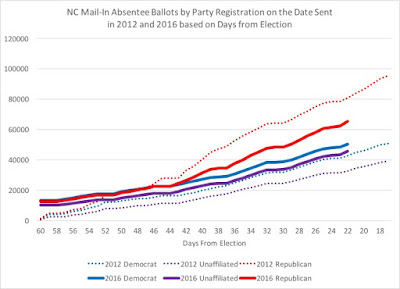 Registered Republicans are 81 percent of where they were on the same day in 2012, while both registered Democrats and unaffiliated voters are ahead of their same-day numbers from four years ago, at 118 percent and 139 percent respectively.

The racial breakdowns for the requested ballots continue to be 85 percent white and 9 percent black. 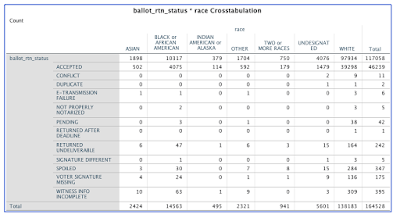 Among the returned and accepted ballots, the total numbers are at 80 percent of where things stood on the same day in 2012, with the party registration breakdowns as: 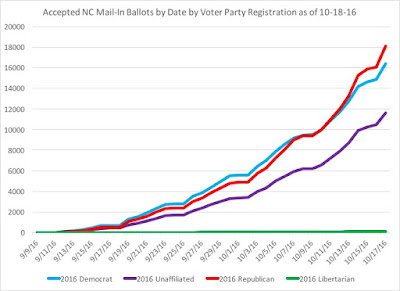 Of the outstanding ballots: 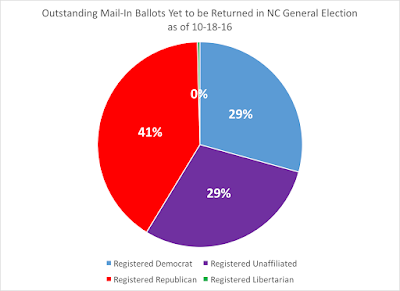 Finally, of these voters who have requested mail-in ballots, I looked at their 2012 voting methods or whether they were registered or not in 2012: 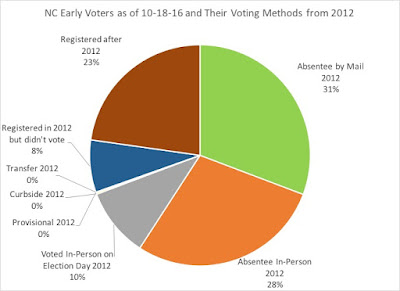