With the day of absentee in person voting (early in-person) starting in battleground North Carolina, the mail-in ballots will begin to be eclipsed by the in-person method. Nevertheless, over 175,000 mail-in ballots have been requested, with over 54,000 of them returned and accepted for November 8th's general election. 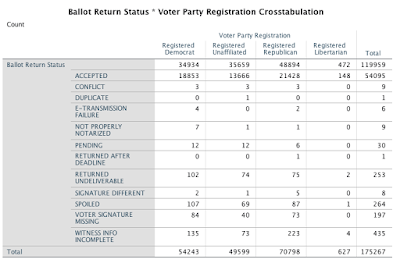 Among the requested ballots, registered Republicans are continuing to be 40 percent, while registered Democrats continue at 31 percent and registered unaffiliated voters at 28 percent, with registered Libertarians at less than one percent.

The racial composition of requested mail-in ballots is: 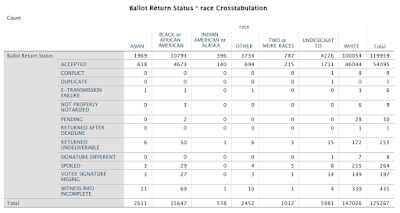 White voters continue to dominate this voting method, with black voters at 9 percent.

In comparison to four years ago this same day, the requested ballots (based on sent date) is comparable, with about a 3 percent increase this year over 2012's same-day totals, but differences continue to trend in party registration: 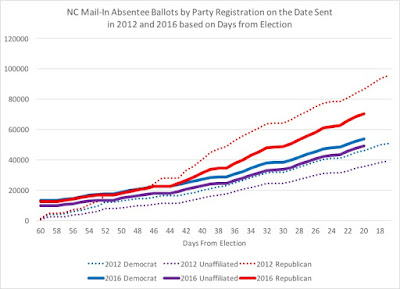 The 54,000 accepted ballots are below where the returned and accepted ballot numbers were four years ago (79 percent of where they were in 2012). Among the party registration: 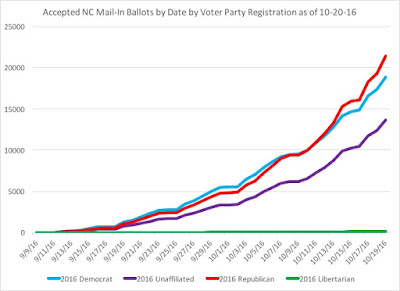 In comparison by party to 2012's same day numbers: 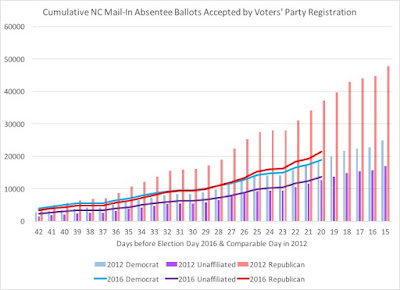 Registered Republicans are 58 percent of where they were on the same day in 2012, while registered Democrats and unaffiliated voters are 101 and 108 percent of their same day 2012 numbers, respectively. 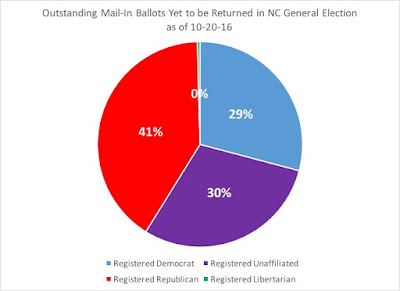 And the voting methods from 2012 by 2016 voters requesting mail-in ballots continues to show new voters to mail-in balloting from four years ago: 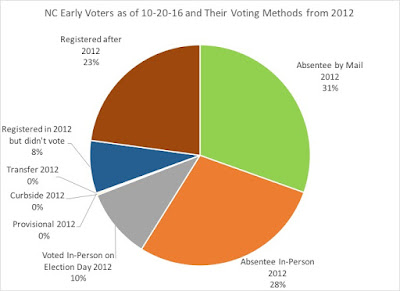 Updated: based on the comment below, here are the absentee mail-in ballots requested by female registered voters by party registration: 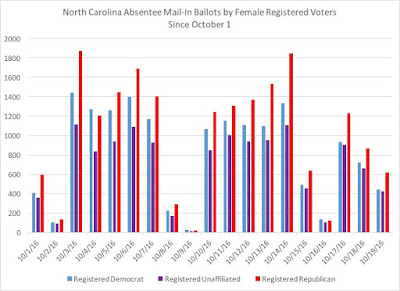