Analysis of North Carolina's voter registration pool as of October 15, 2016

With three weeks to go before the November 8th general election, and with 'formal' registration to become a voter ended (but there's still same-day voter registration and ballot casting allowed), the North Carolina potential electorate is shaping up with nearly 6.8 million registered voters, up from the 6.6 million on November 6, 2012. 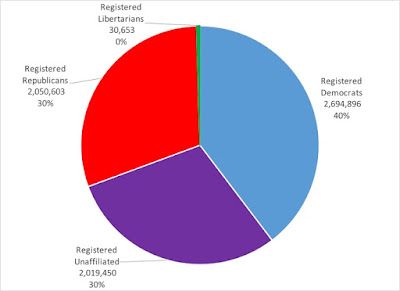 Next, looking at the racial and ethnic composition of the NC voter registration pool: 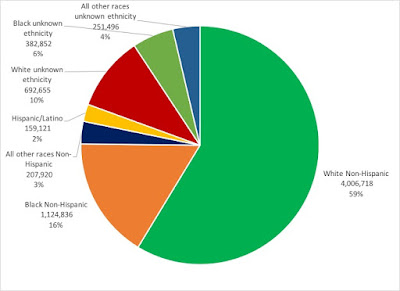 As a reminder: race and ethnicity are considered two different classifications. The notable aspect: white non-Hispanic/Latino voters are now below 60 percent of the voter pool. While they will make up more than that (most likely) in the electorate (those who show up to cast ballots), the increasing diversification of the state's demographics are having a profound impact on North Carolina's political environment. 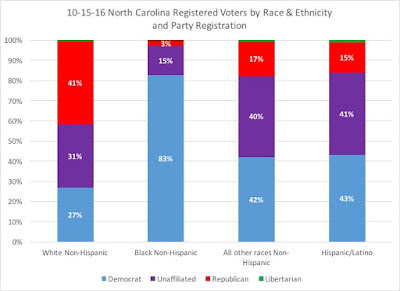 Next, looking at gender break-down: 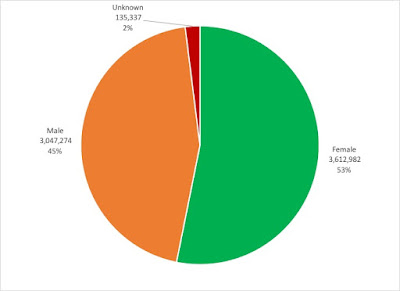 The party registration based on gender is: 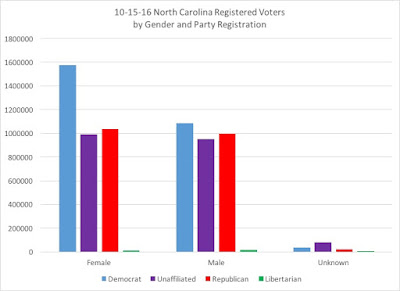 Next, much has been made about the urban/rural divide in North Carolina politics: 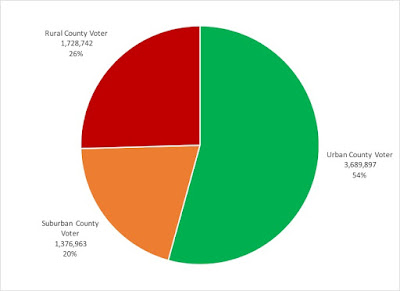 Nearly three-quarters of the voters reside in either an urban or suburban county in the state; if 2012 is any indication, 50 percent of the votes cast will be from thirteen counties out of the 100 counties in the state.

The party registration among urban, suburban, and rural counties are: 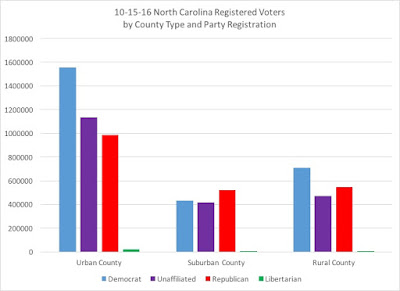 Next, the in-migration into North Carolina has also transformed the state's voter pool: 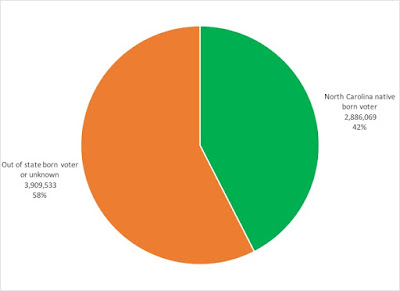 The party registration breakdown by native vs. born out of state is: 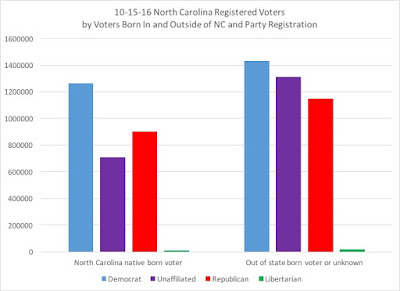 Among those who registered before 2012 and those after, the party registration breakdown is: 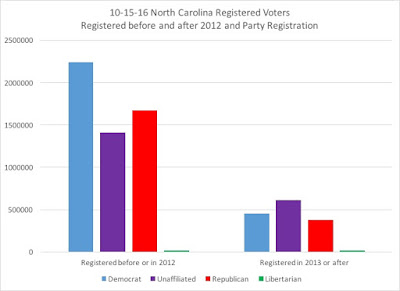 Finally, another shift in the state's voter pool is generationally. While Baby Boomers are still a plurality of NC voters, Millennial voters are rapidly catching up to probably equal one-third of the electorate, along with Baby Boomers at some point right after the election. 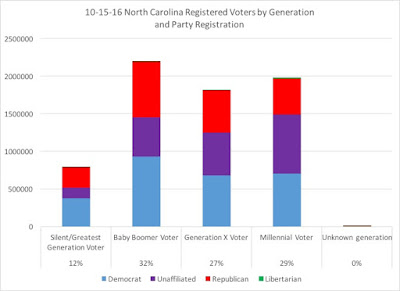 The party registration numbers within these generations are also quite striking. 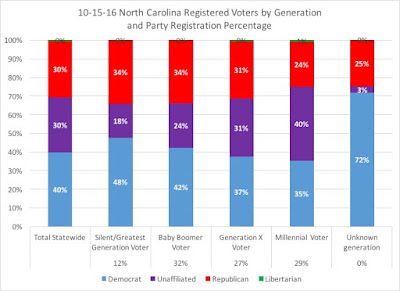 Past elections tend to indicate an electorate that is more partisan (both registered Democrats and Republicans make up a greater percentage than unaffiliated), tend to be older, whiter, and from urban areas. We will have to await November 8th's final numbers to compare against the typical picture, but the potential pool of voters is pretty much set for the general election.