With North Carolina well underway with its absentee by mail-in ballots and starting absentee in person (early) voting this Thursday, Oct. 20, some reminders about how 2012 unfolded with the different methods of voting by the 4.5 million NC voters.

First, the different methods of voting in NC in 2012, along with its presidential results based on each method: 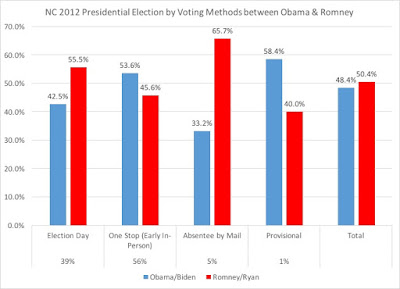 Over 60 percent of the 2012 ballots cast came before Election Day in November 2012's general election.

Among the mail-in absentee ballots, registered Republicans dominated the voting method in 2012: 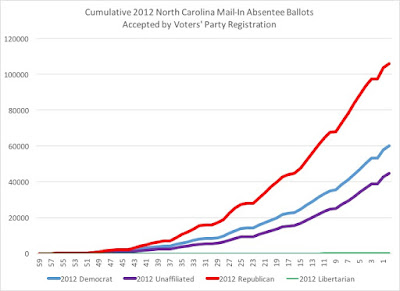 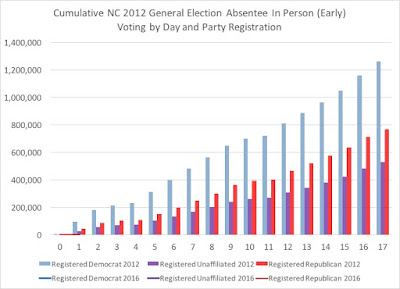 The daily party percentages from the first eight days of in-person early voting in North Carolina looked like this: 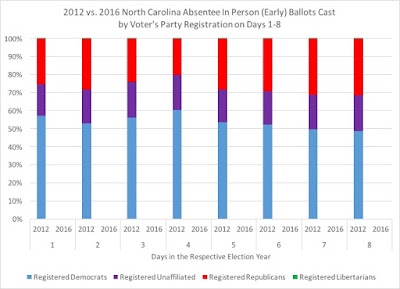 While the 9-17 days of in-person early voting (daily party percentages) in North Carolina looked like this: 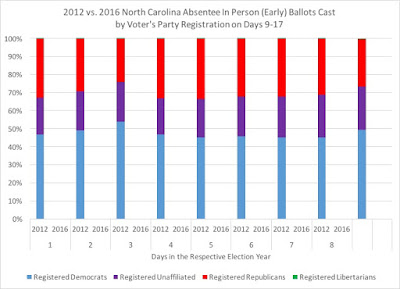 Once in-person early voting starts in North Carolina, I'll be updating the last three charts on a daily basis for comparison and analysis.
By OldNorthStatePolitics.com - October 17, 2016