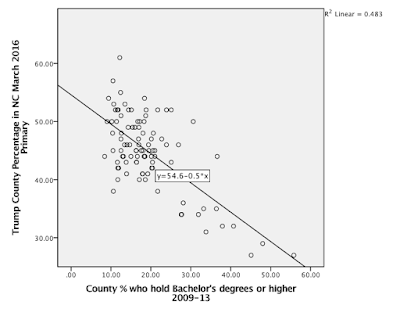 Was interviewed on a recent WFAE The Party Line blog post on the "Trump Effect" on partisan affiliation and voting--the interview starts at 17:00 minutes into the podcast (love that it was a Prince introduction).
By OldNorthStatePolitics.com - May 16, 2016