Something Strange This Way Comes

First, the requested mail-in ballots continue at their usual pace, with requests from registered Democrats leading the pack: 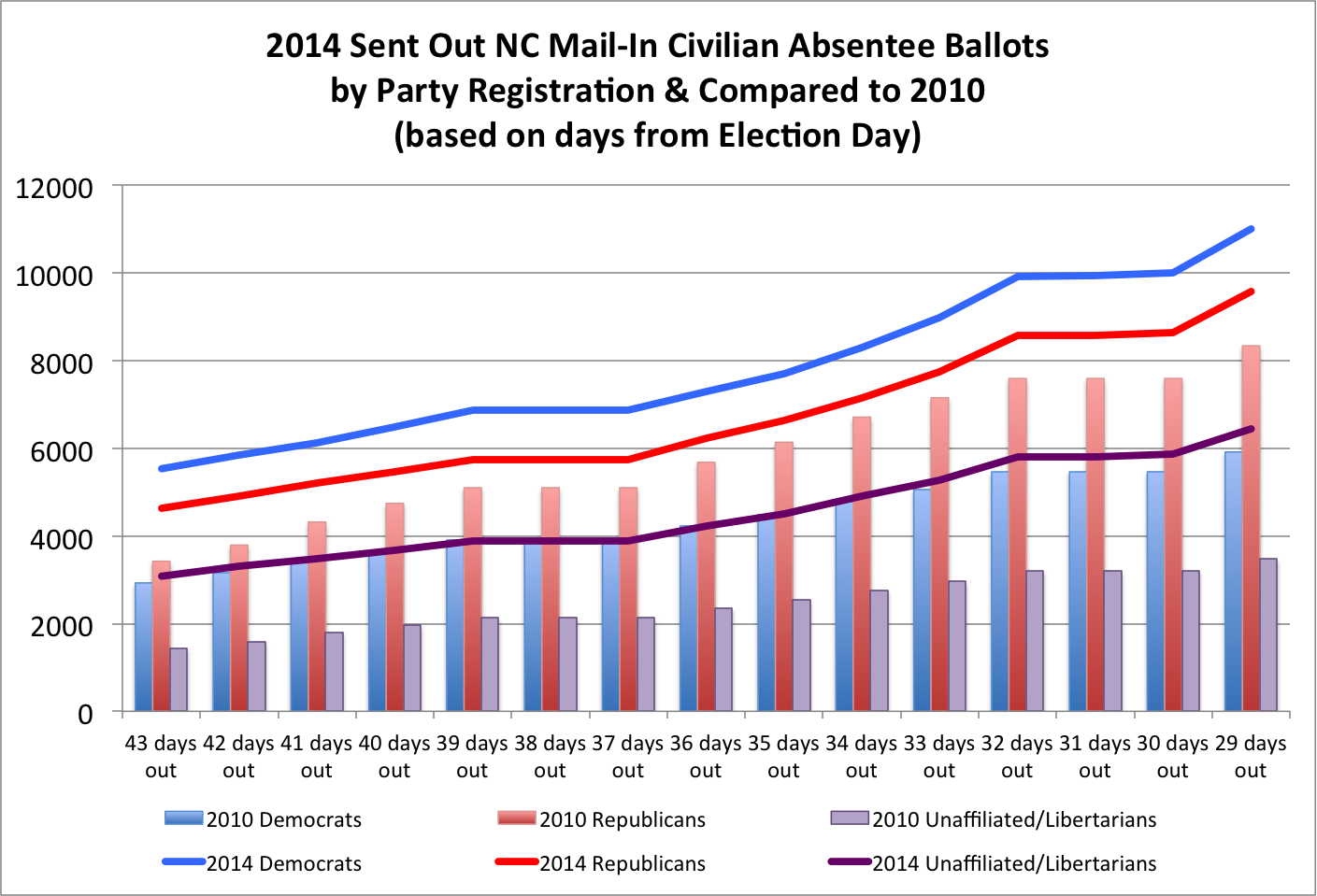 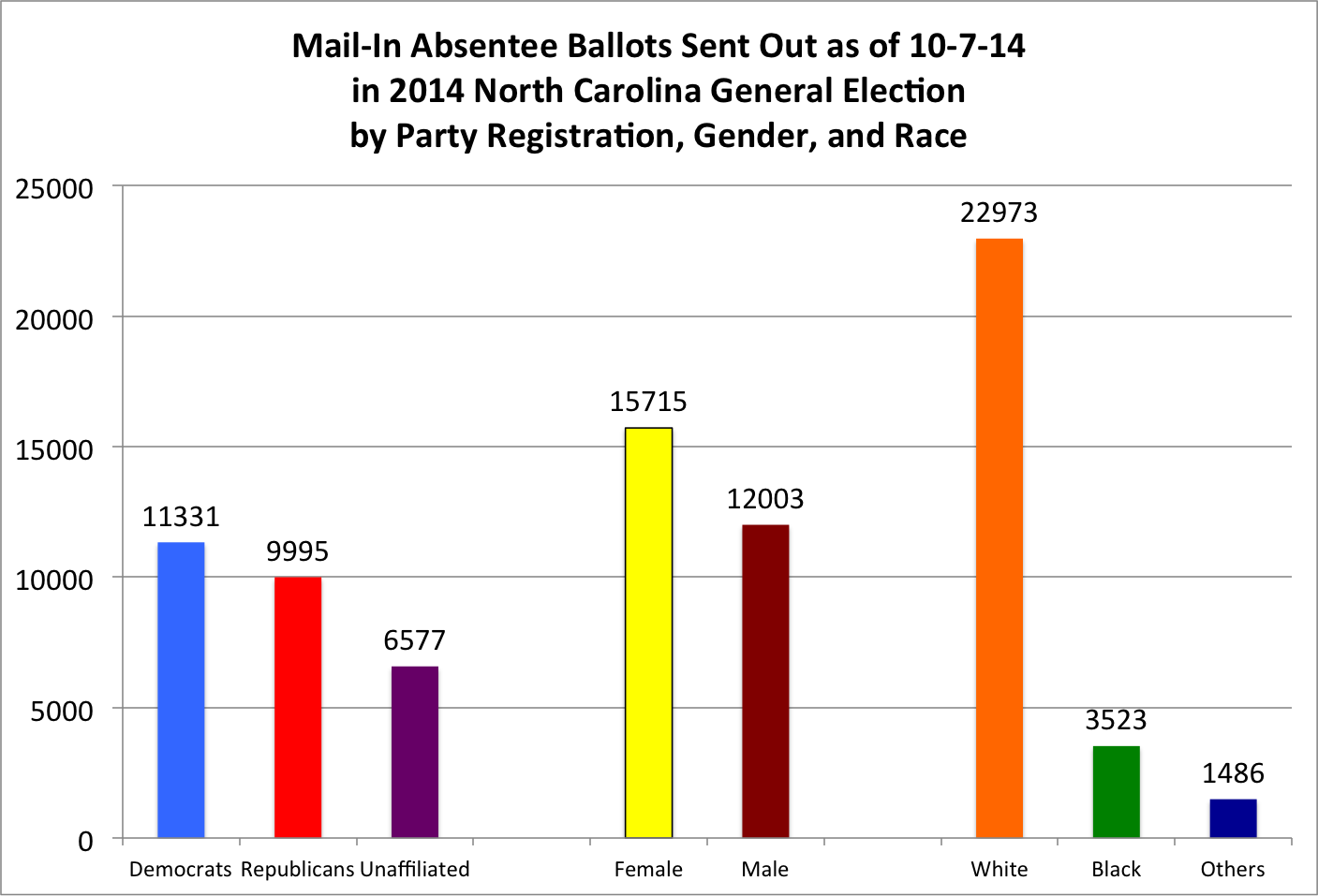 Of the requested ballots so far:
Among party affiliation, Democrats dropped slightly over the past trend lines, while Republicans inched up in their overall percentages.

Among accepted ballots returned so far: 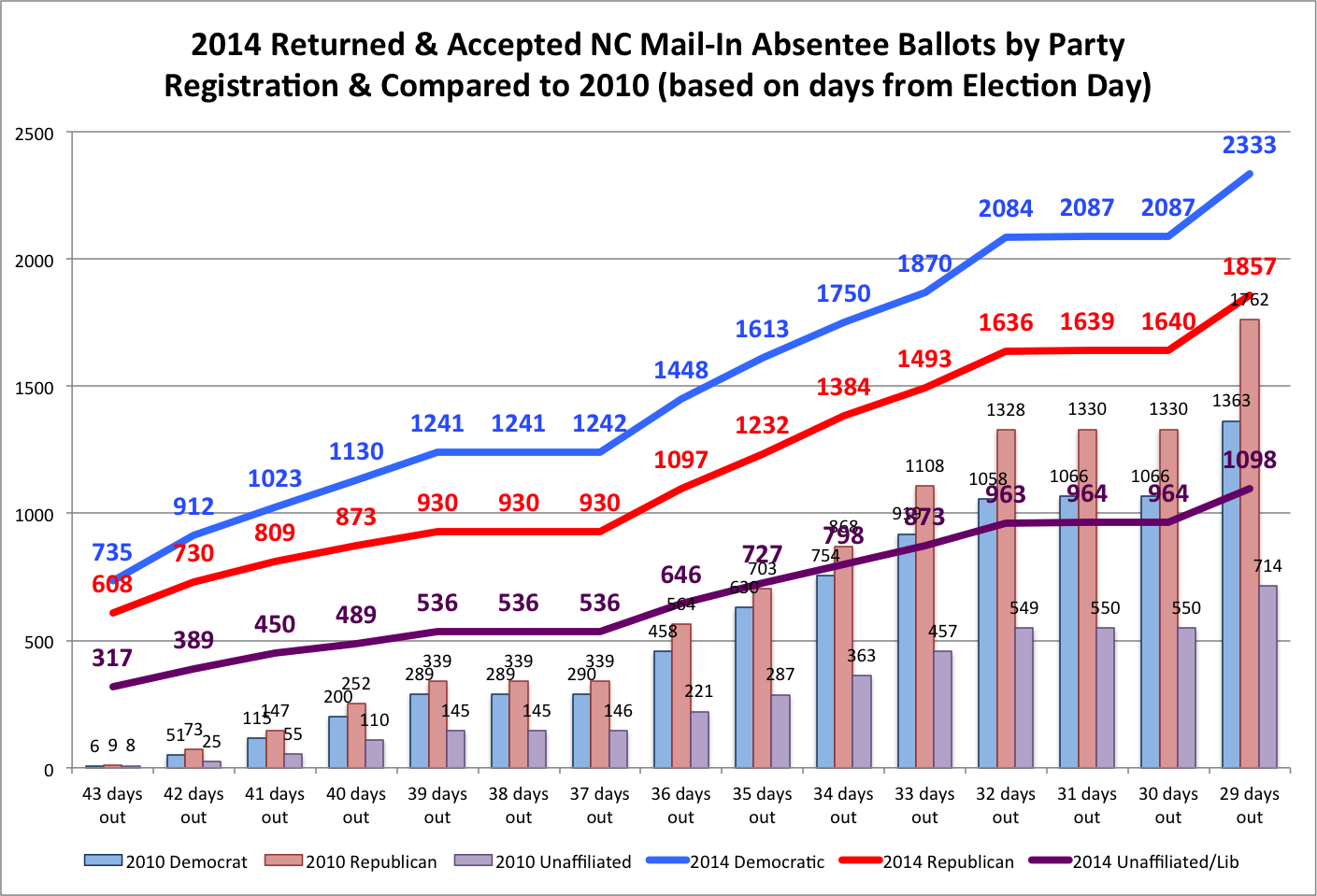 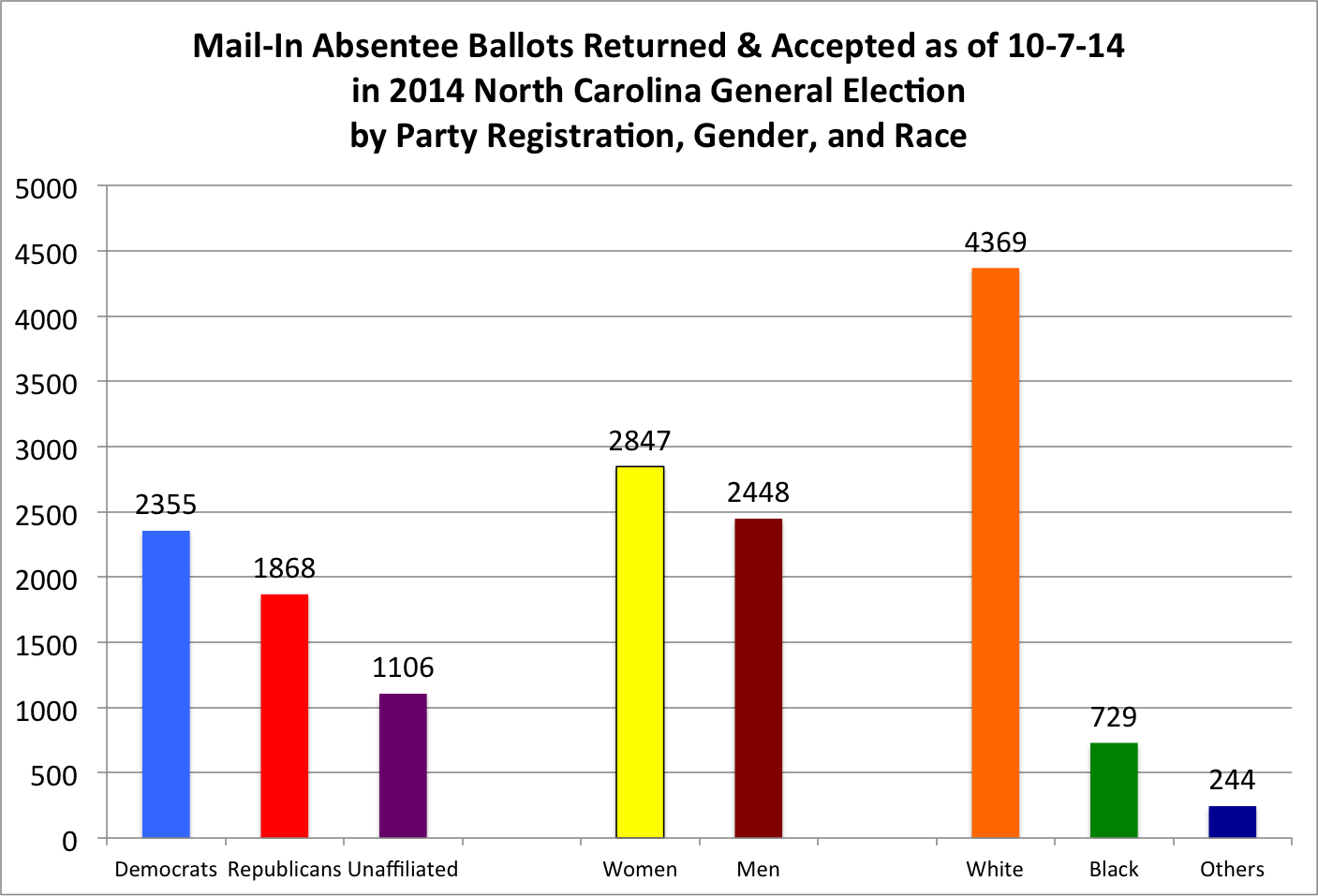 In the "Something Strange This Way Comes" analysis part of today's posting, I looked back at just mail-in ballots that were accepted in the 2006 through 2012 election cycles: 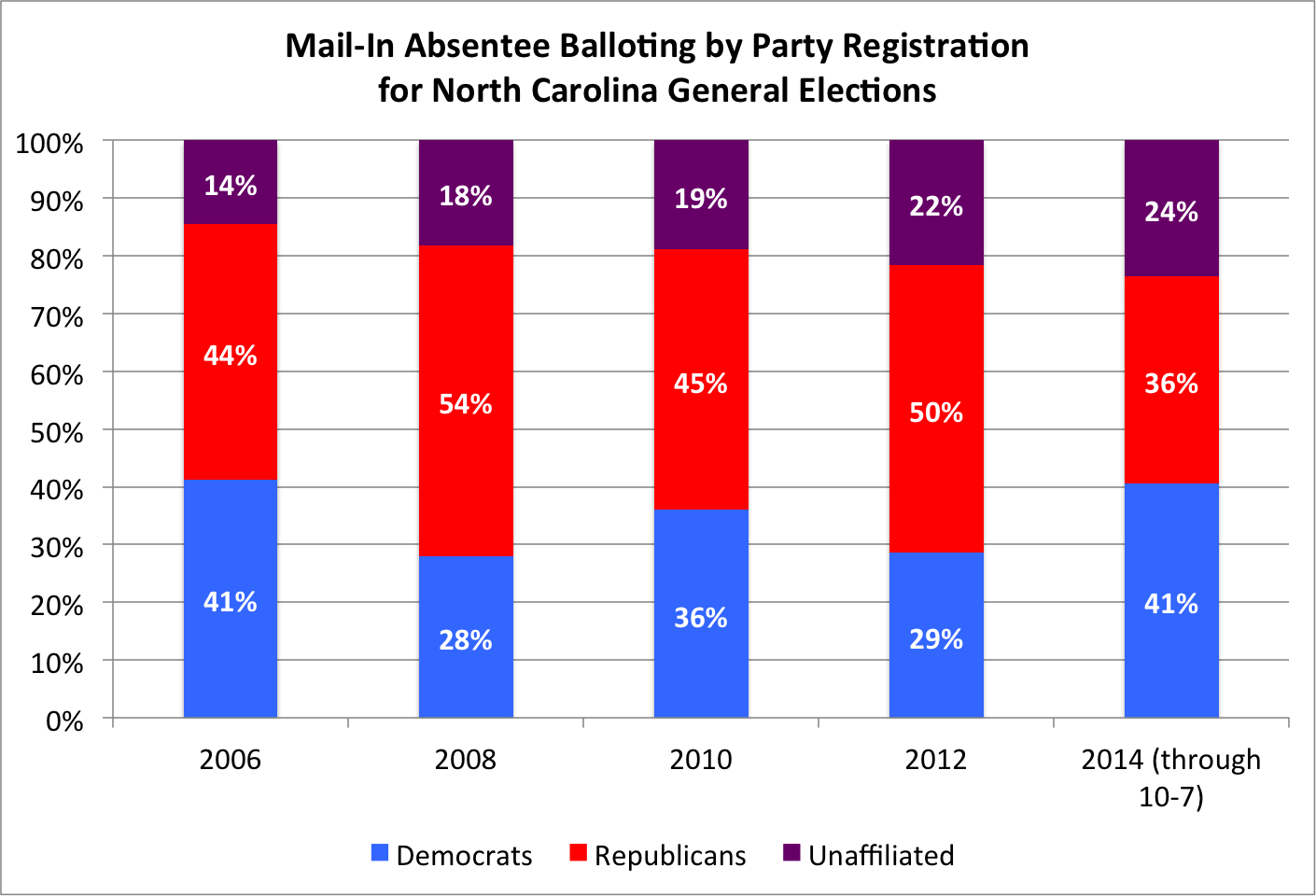 This year, the composition of Republican registered voters is at 36 percent, with registered Democrats near at their 2006 high--but what is really surprising is that unaffiliated voters are at 24 percent of the returned and accepted ballots so far, which is the highest they have been in the past 4 elections.  While the growth of unaffiliated voters is well documented, their participation in mid-term elections is well known.  Perhaps with their steady growth over the past few election cycles in this one area of balloting, their interest and participation may be something to continue to watch for both parties.

And if this trend holds, we could be in for "something strange this way comes" in this year's election with the early indicators of mail-in absentee balloting.
By OldNorthStatePolitics.com - October 07, 2014