Good News for GOP, as well as "You Can Never Have Enough Bar Graphs"

As we near the end of the week in terms of the data on North Carolina's mail-in absentee balloting, there's some good news for Republicans in their quest to catch up to the surprising performance by registered Democrats and unaffiliated voters. 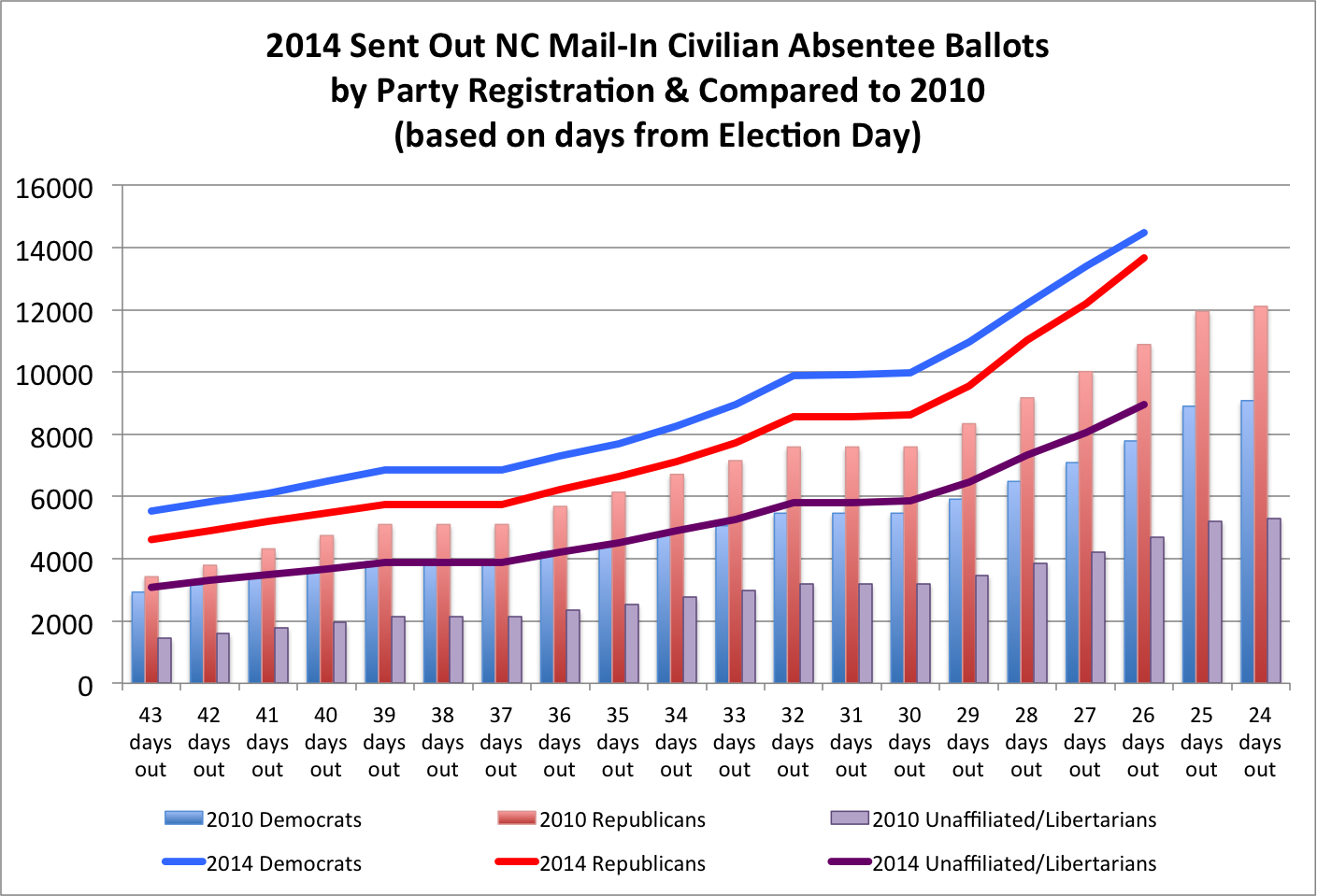 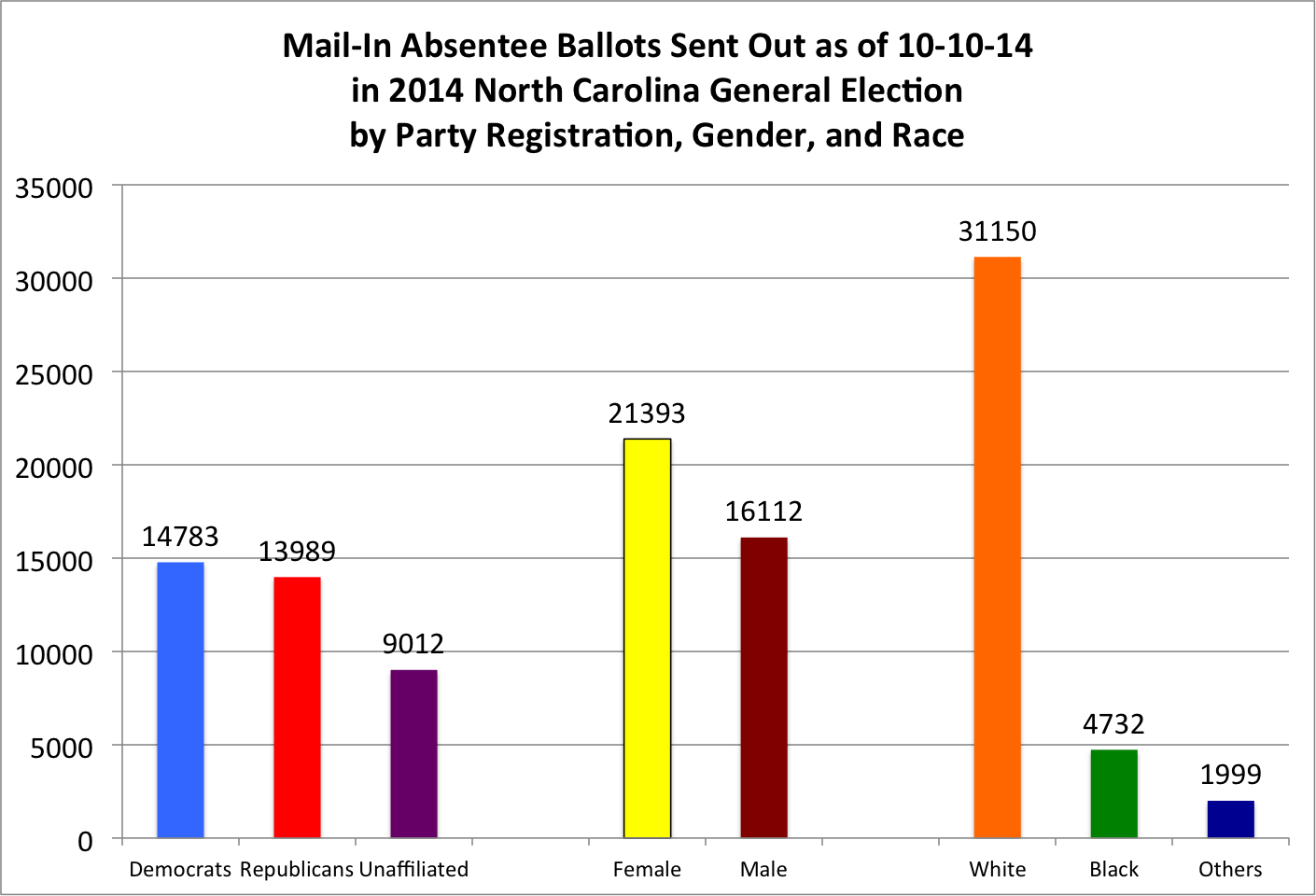 You can really tell the difference in the arc of the top graphic (above) where the GOP red-line is catching up to the blue line of Democrats.  Among these requested ballots so far:

Even with this catch-up by GOP registered voters, Democrats continue their pace at returning and having their ballots accepted. 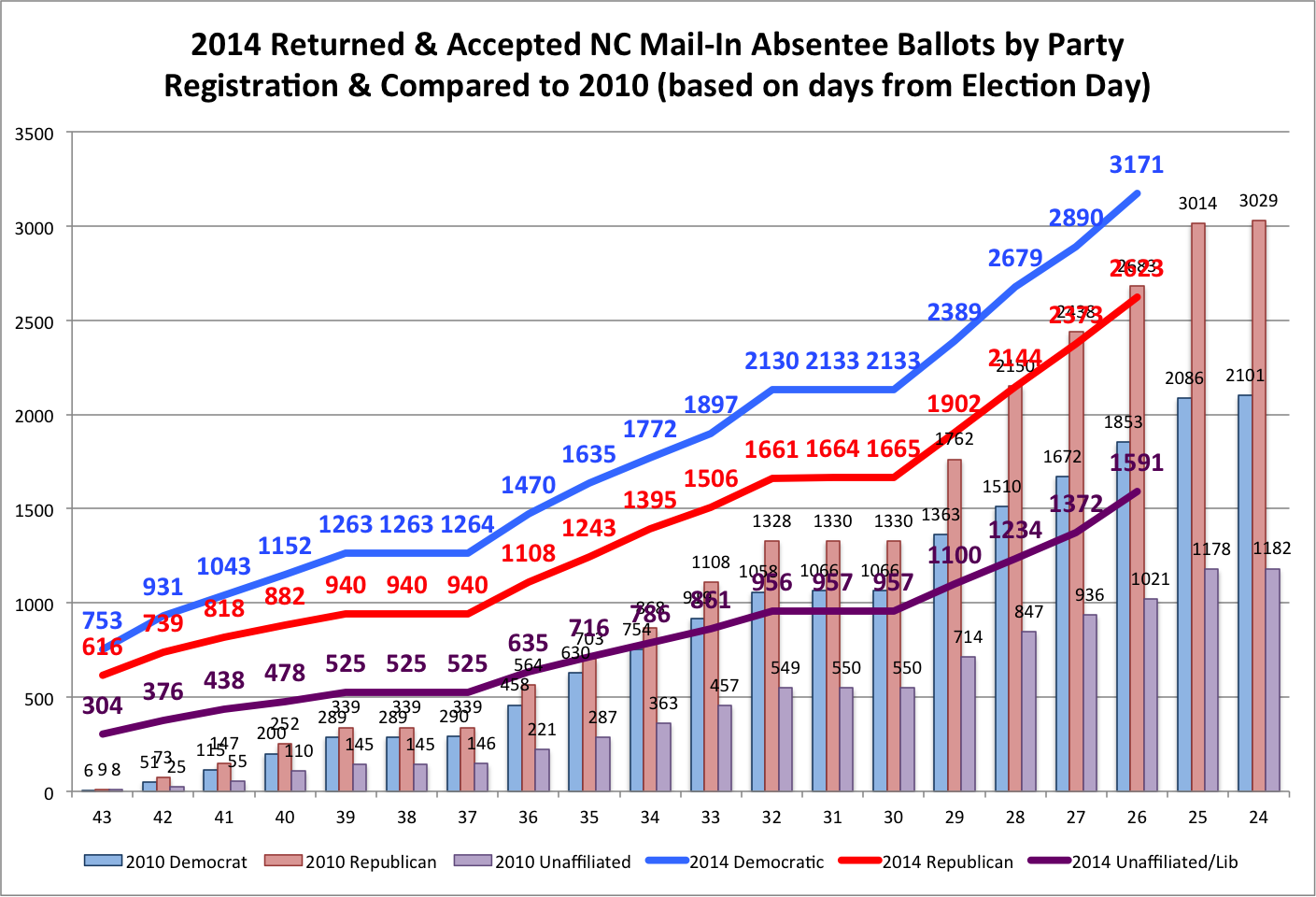 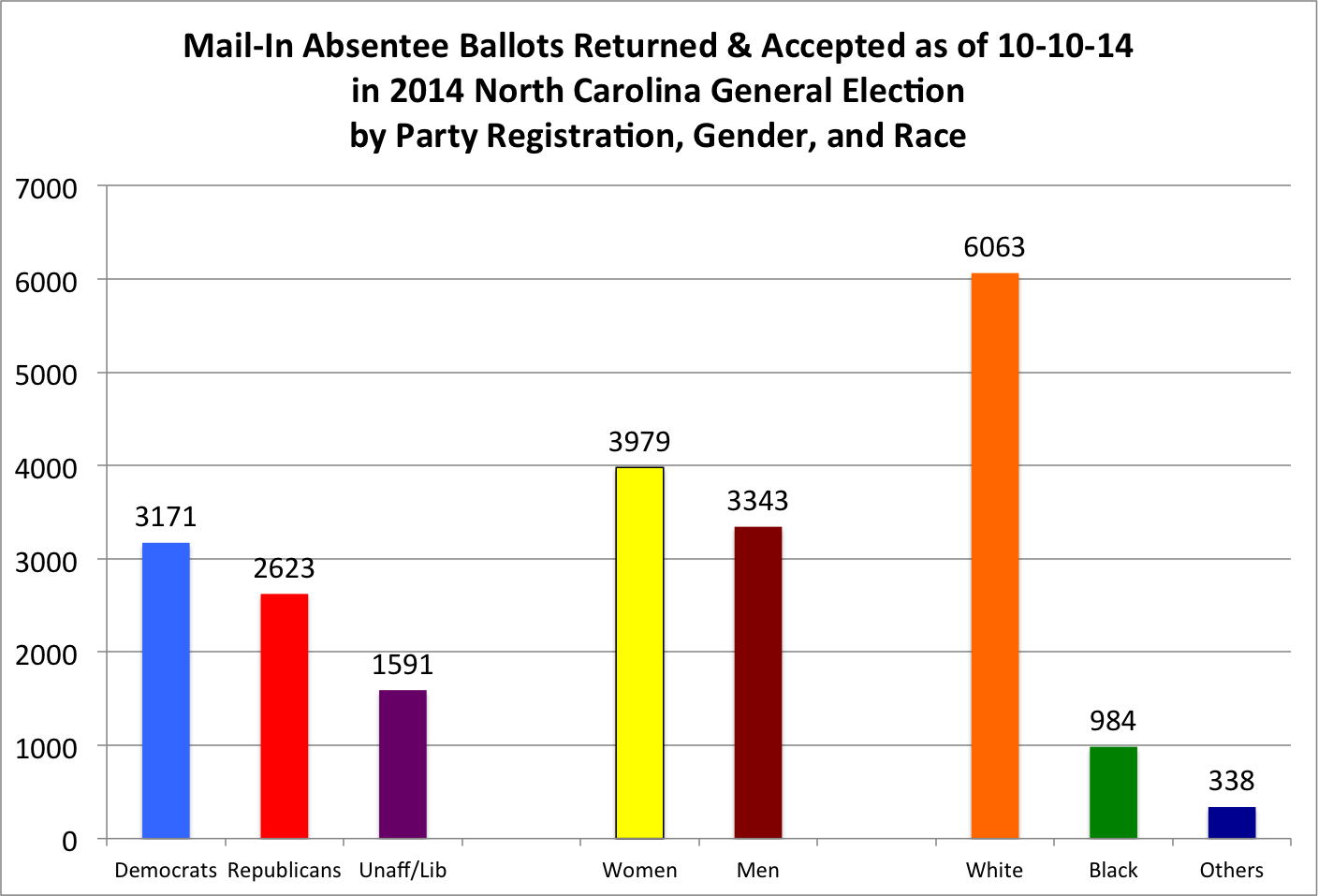 Among the ballots counted as votes for November 4's election:

And for the category of "You Can Never Have Enough Bar Graphs" for the end of the week: in comparing the percentage increase in this year's numbers from the last mid-term election in 2010, Democrats and unaffiliated voters are substantial ahead of their day-to-day comparisons while Republicans had been exceeding but, in the past few days, slightly dropped, below their 2010 comparable numbers. 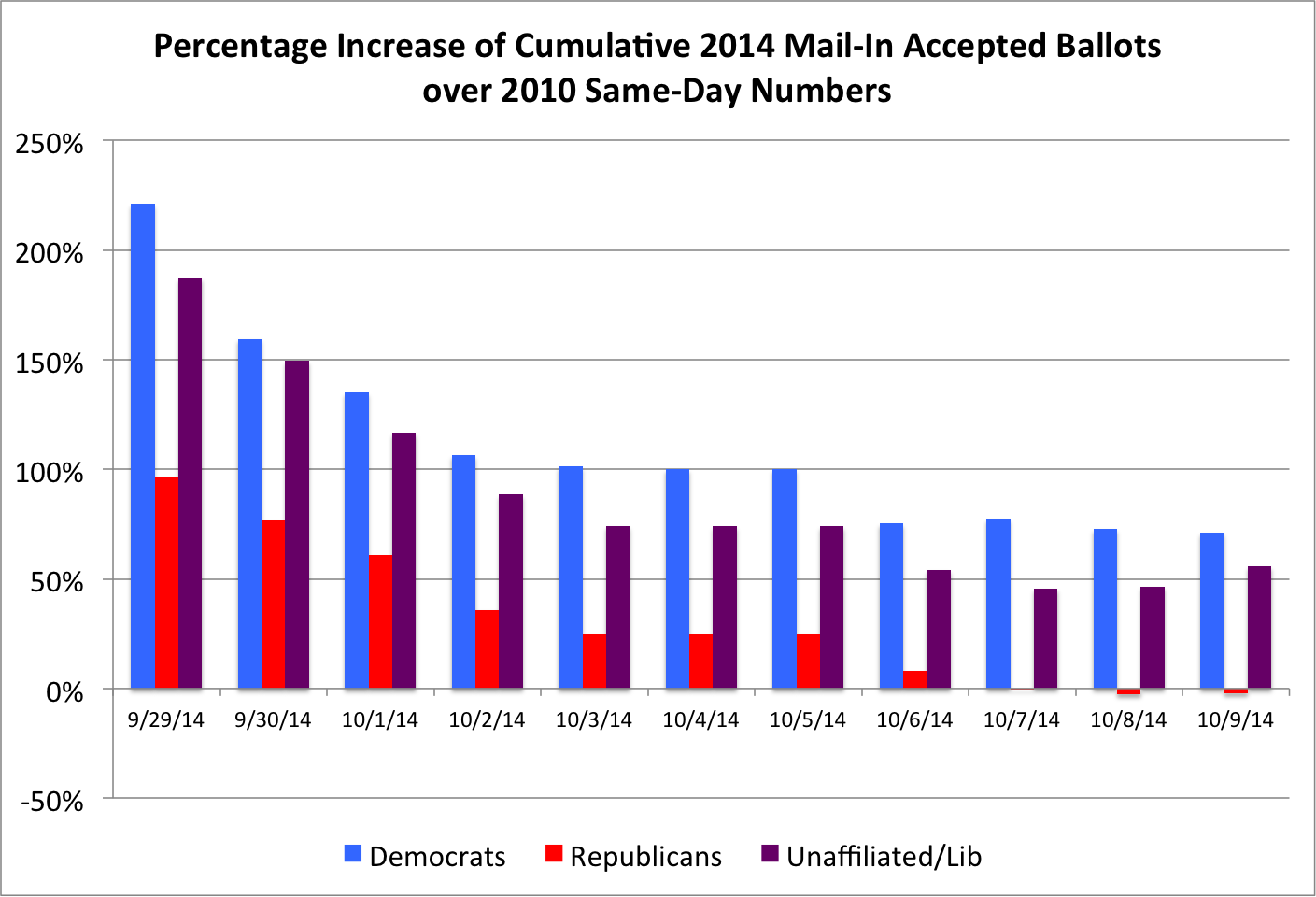 In addition, I looked at the 2014 voters who have requested mail-in absentee ballots and compared it to their voting method in 2010's election: 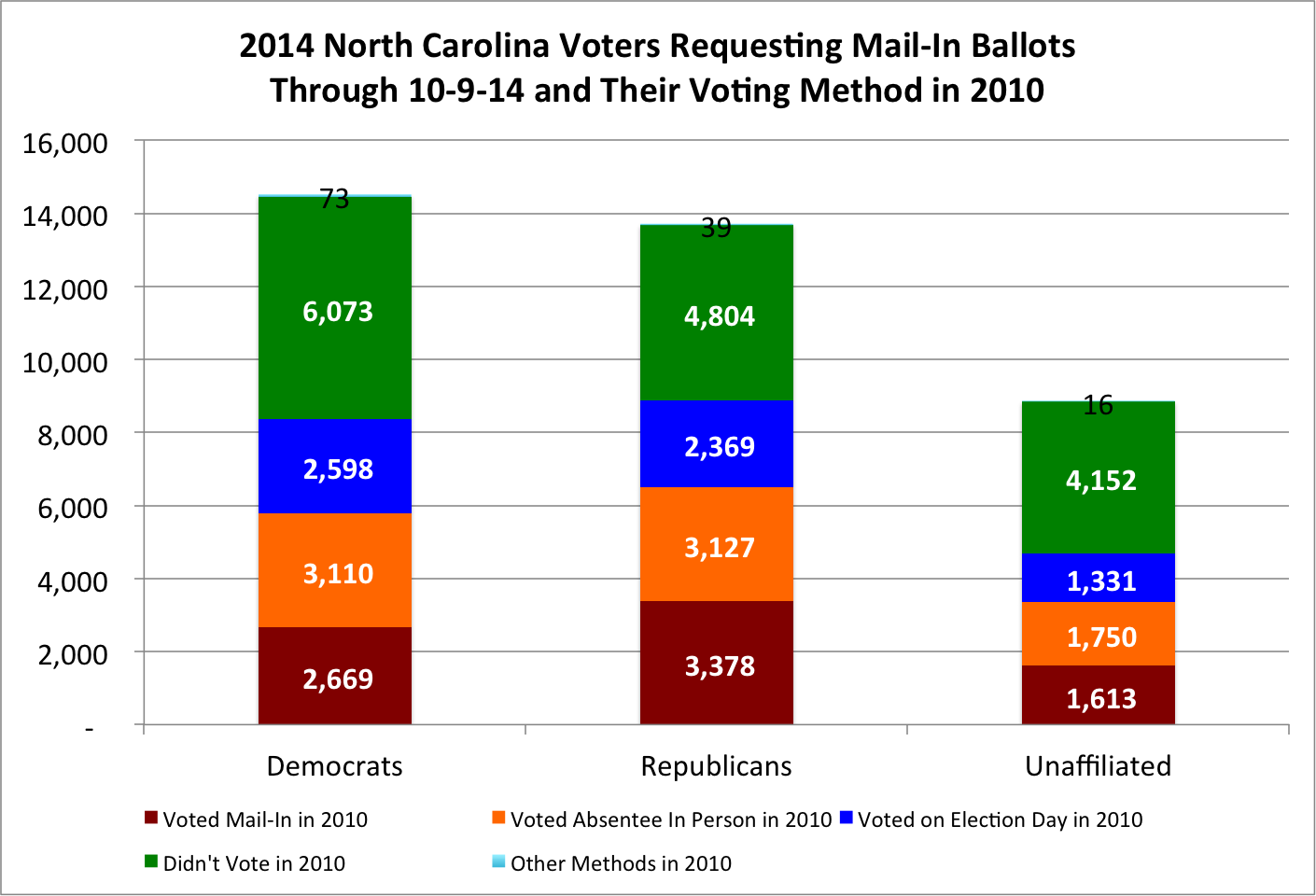 While the "enthusiasm" attention has squarely been on Republican voters, these graphs contend that in North Carolina, an organized campaign (whether by a national or candidate's organization) is in full swing for all party registered voters, but notably for Democrats, in terms of those who didn't vote in 2010 and who have voted this year via mail-in balloting.