With four weeks to go, we should start to see the mail-in absentee ballots come rolling in with larger numbers as votes for the November 4 general election.

Over the weekend, the NC State Board of Elections released their data on requested and returned/accepted ballots. Among the 24,765 ballots sent out and the 4,697 ballots returned and accepted so far, the trend over the past two weeks have continued. 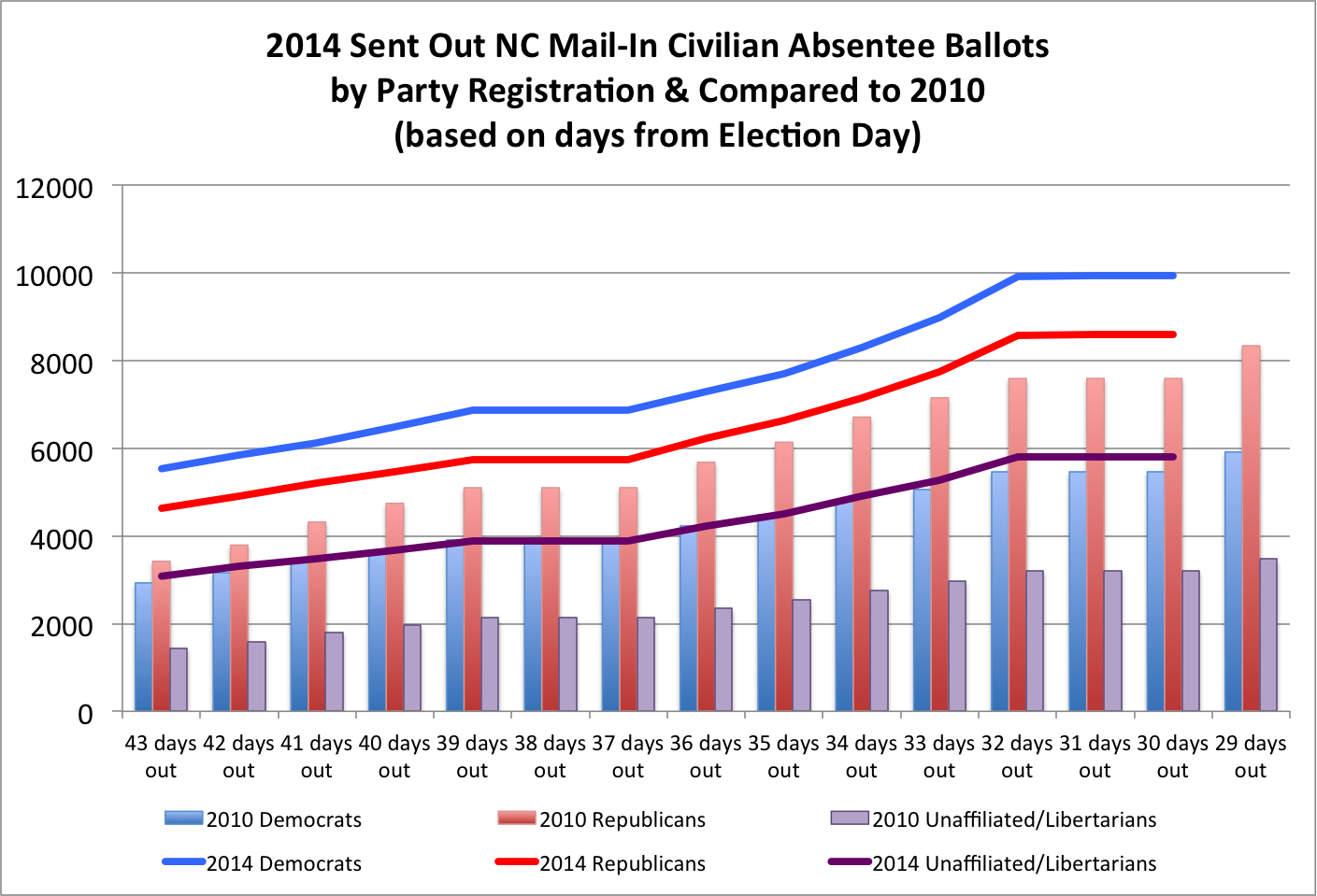 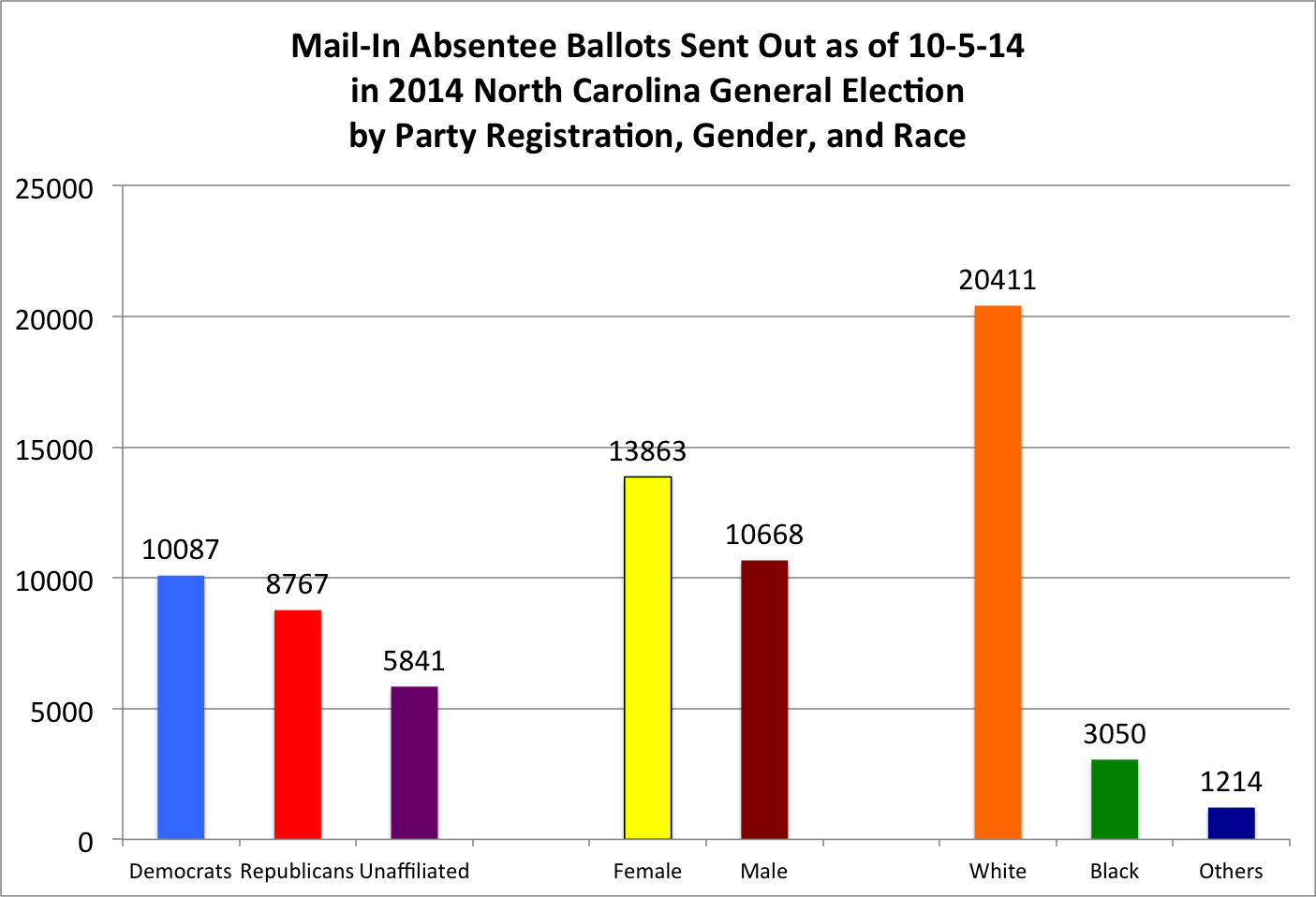 
Among the returned and accepted ballots (19 percent so far), we should start to see a consider increase in these numbers over this coming week, based on what we saw four years ago in 2010. 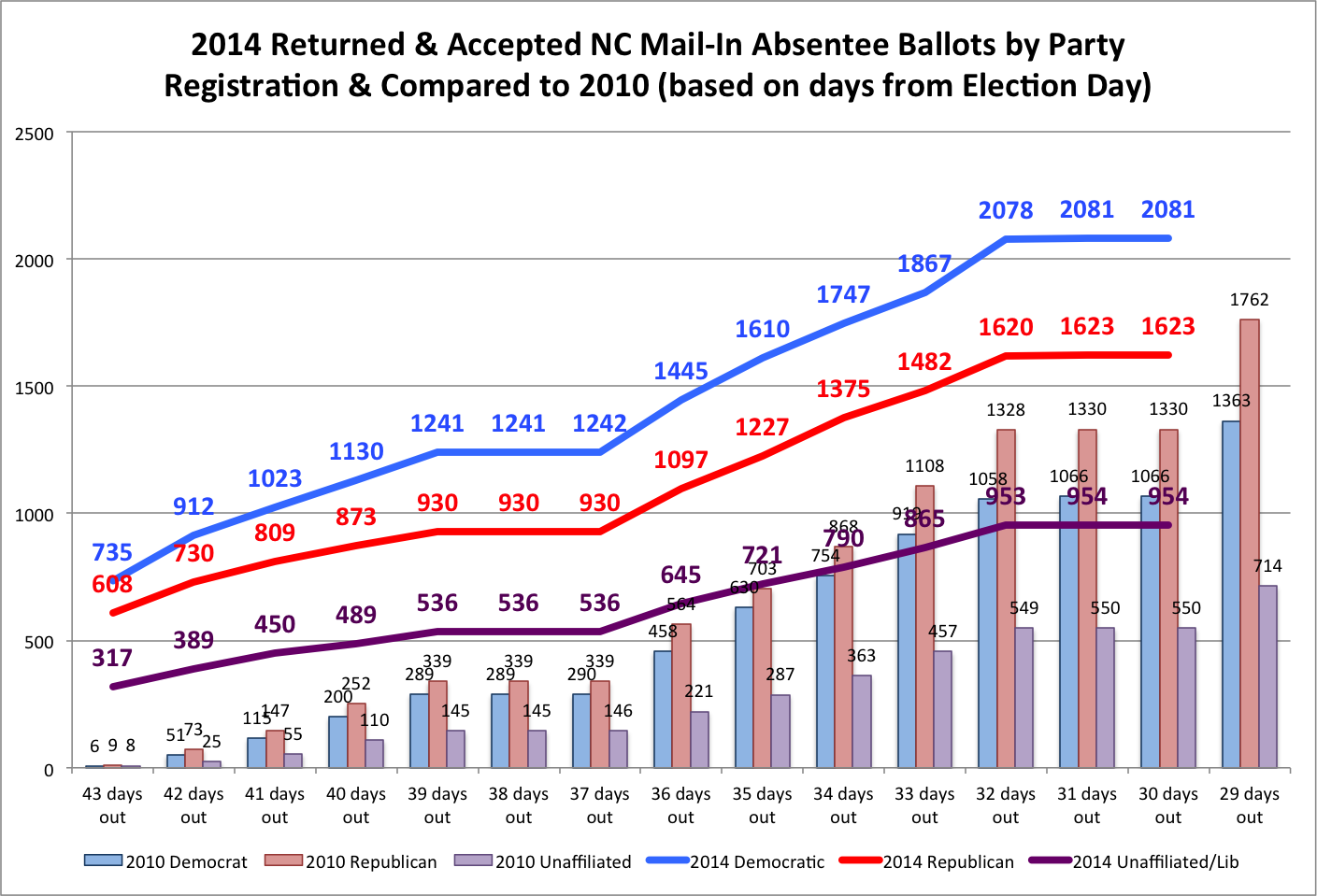 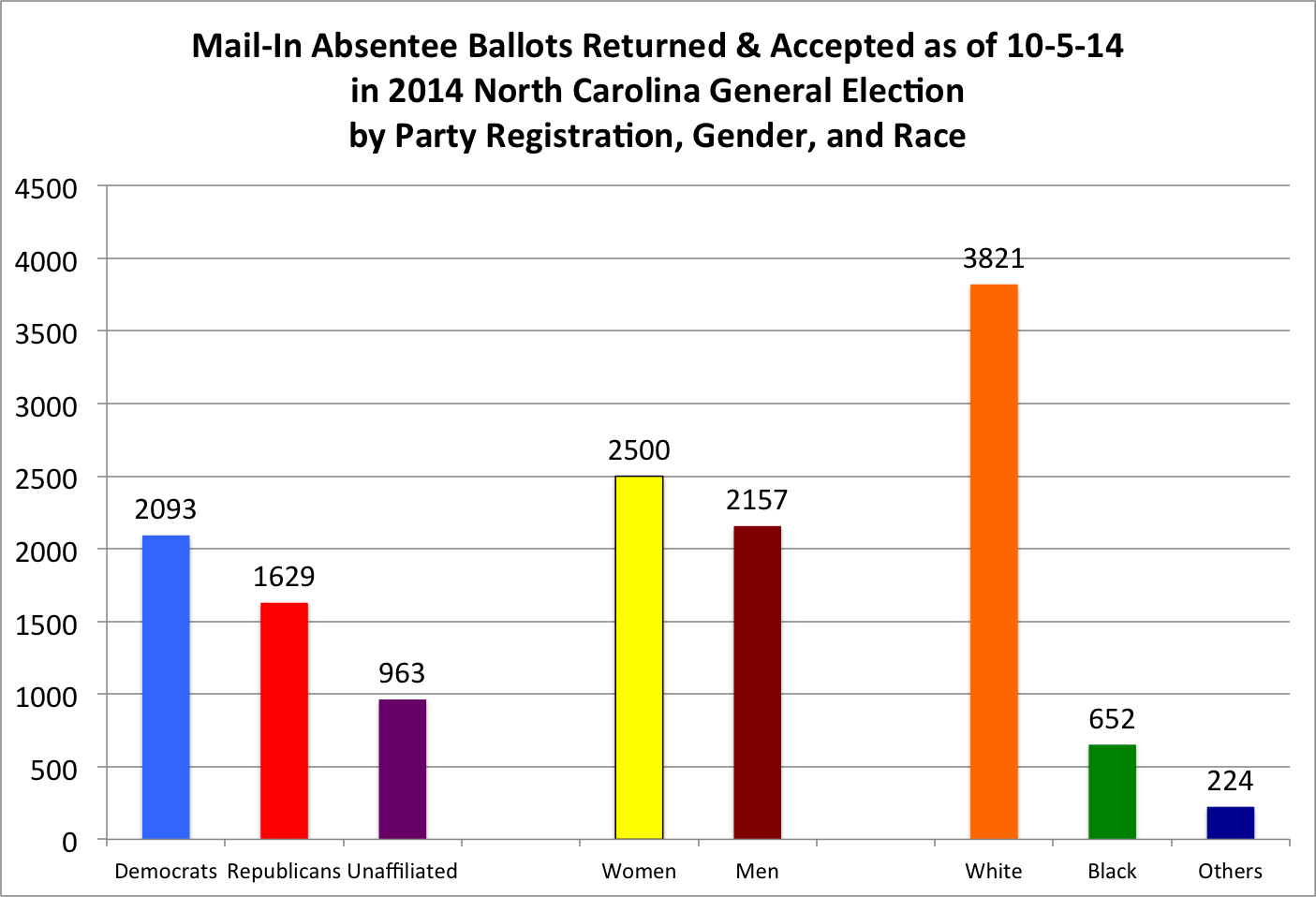 Among the returned and accepted ballots so far:

It may seem that in this Republican-favored year that North Carolina is an exception in seeing Democratic surge in absentee balloting, but over the weekend, Adam Smith, Tampa Bay Times' political reporter, notes that Republicans are leading in absentee ballots in the Sunshine State, but that Democrats have significantly cut into the GOP's numbers in comparison to 2010's performance.

With a month of campaigning to go until November 4, concerns may start to ramp up within GOP circles and the Republican's campaign on the performance of not just Thom Tillis, who is still behind (albeit within the M.O.E.) in the latest poll released over the weekend, but also the GOP ground game, as evident by the mail-in numbers for the past few weeks.  This week's debates on Tuesday and Thursday between Hagan and Tillis may be more important for the challenger to change the dynamics of a fairly consistent campaign.
By OldNorthStatePolitics.com - October 06, 2014