The trends continue apace, so here's a quick update on the latest numbers for requests and returned/accepted ballots in North Carolina's 2014 general election: 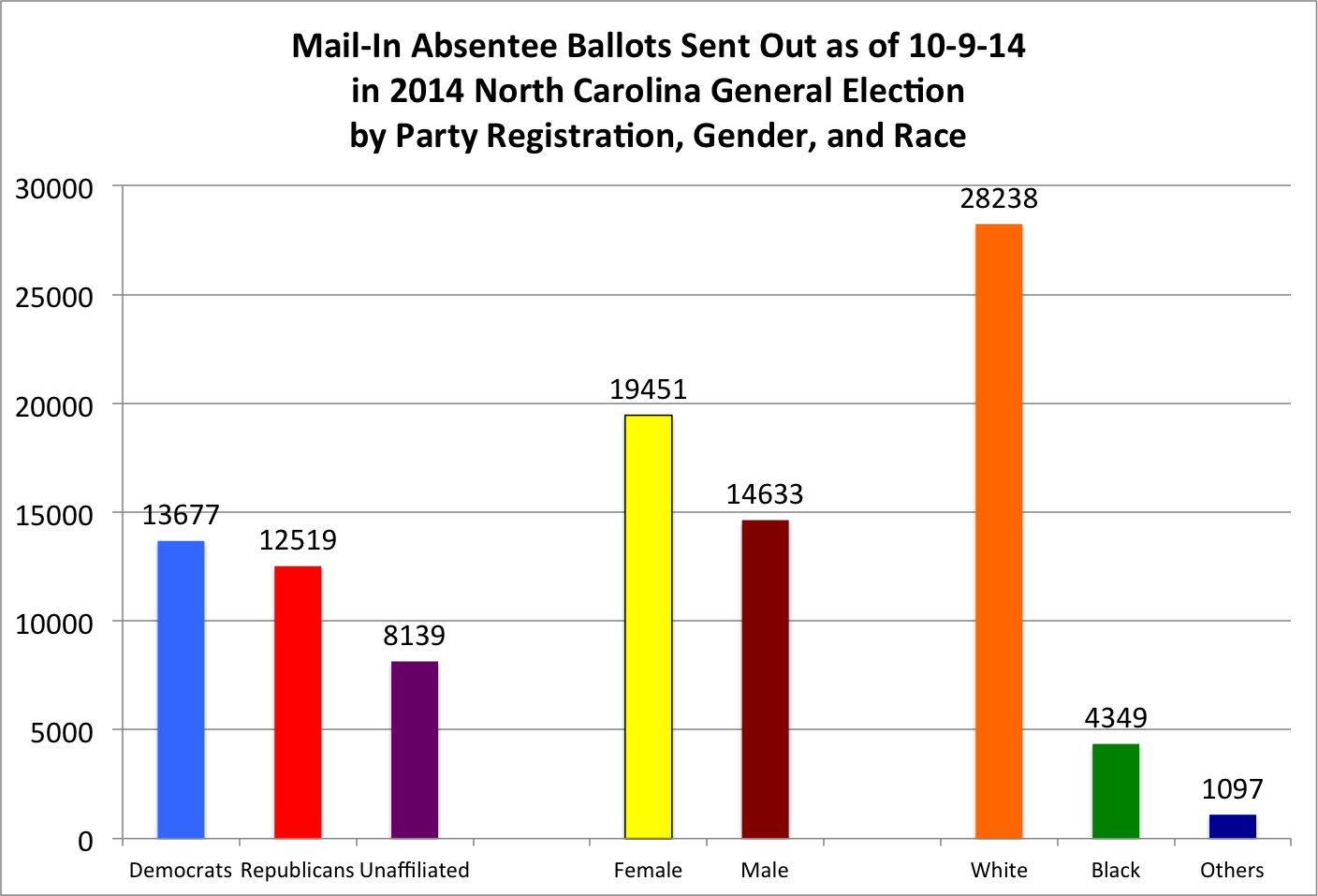 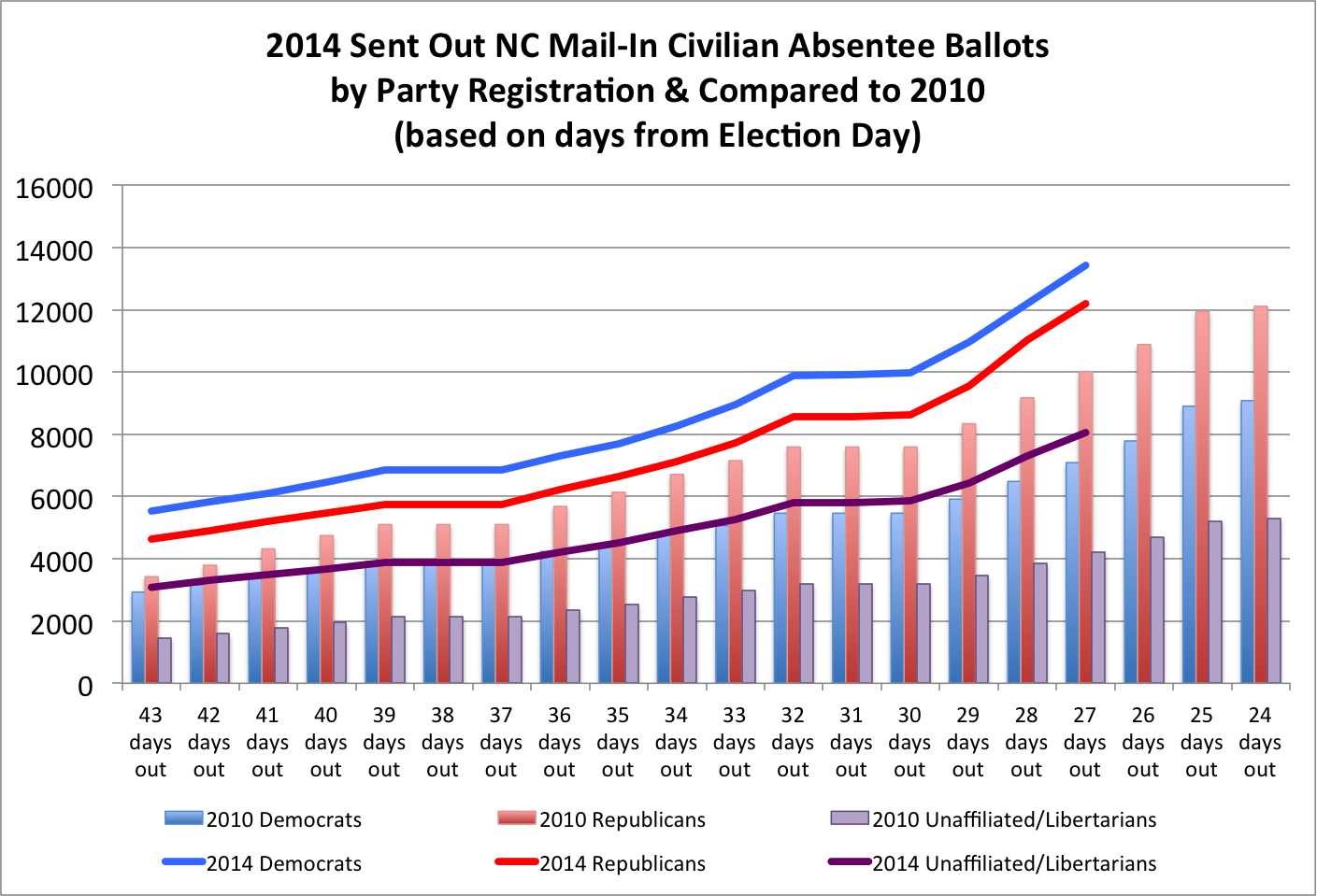 Among the 6,617 ballots that have been returned and accepted as legal votes for the general election (return rate of 20 percent so far):


In terms of the trend of returned & accepted ballots, the gap between registered Democrats and Republicans have continued over the past week, along with the significant rise over the 2010 numbers at the same period from Election Day. 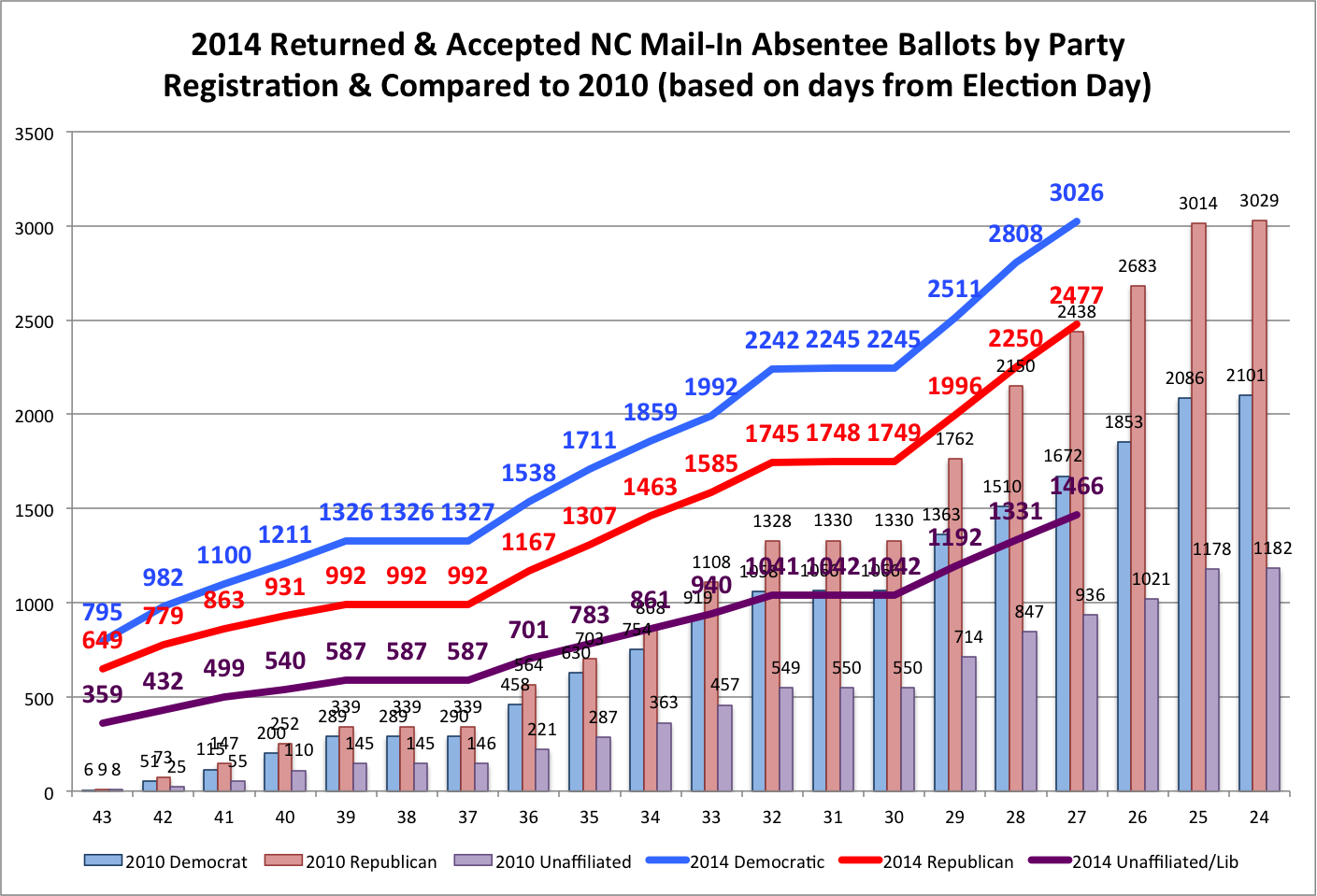