The Trend Is Broken--At Least On One Level

In at least one area of North Carolina's mail-in absentee ballots for the 2014 General Election, things have shifted from Democratic dominance to a GOP advantage, at least for the time being.

Among the 31,341 requested mail-in ballots so far, yesterday's requests (10/7) saw registered Republicans take a 231 lead over registered Democratic requested ballots, giving a daily percentage breakdown of 41 percent Republican, 35 percent Democratic, and 24 percent unaffiliated. With the exception of a few days over the past two weeks, requests from registered Democrats have been leading the daily-totals.  With this shift (and it will be important to continue to watch and see if Republicans continue their advantage now and can catch-up in cumulative total requested ballots), we could start to see a possible shift back to the traditional numbers when it comes to mail-in absentee balloting.

With this aspect, the cumulative requested ballots from registered Republicans has cut into the Democrat's lead, as noted in the below graph: 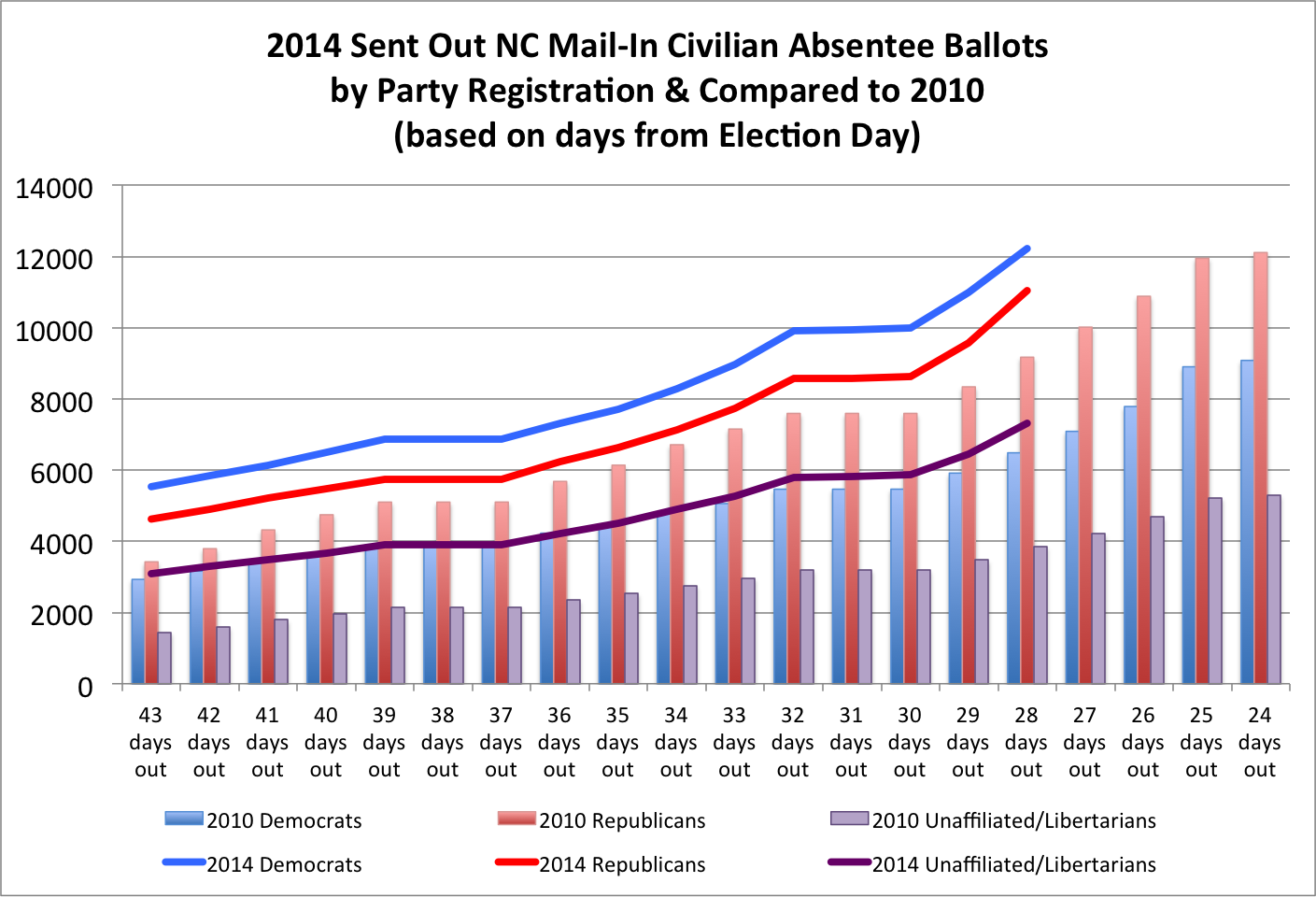 It is still interesting that among all three voter registration categories--Democratic, Republican and unaffiliated--we see significant numbers ahead of the totals from 2010's general election. 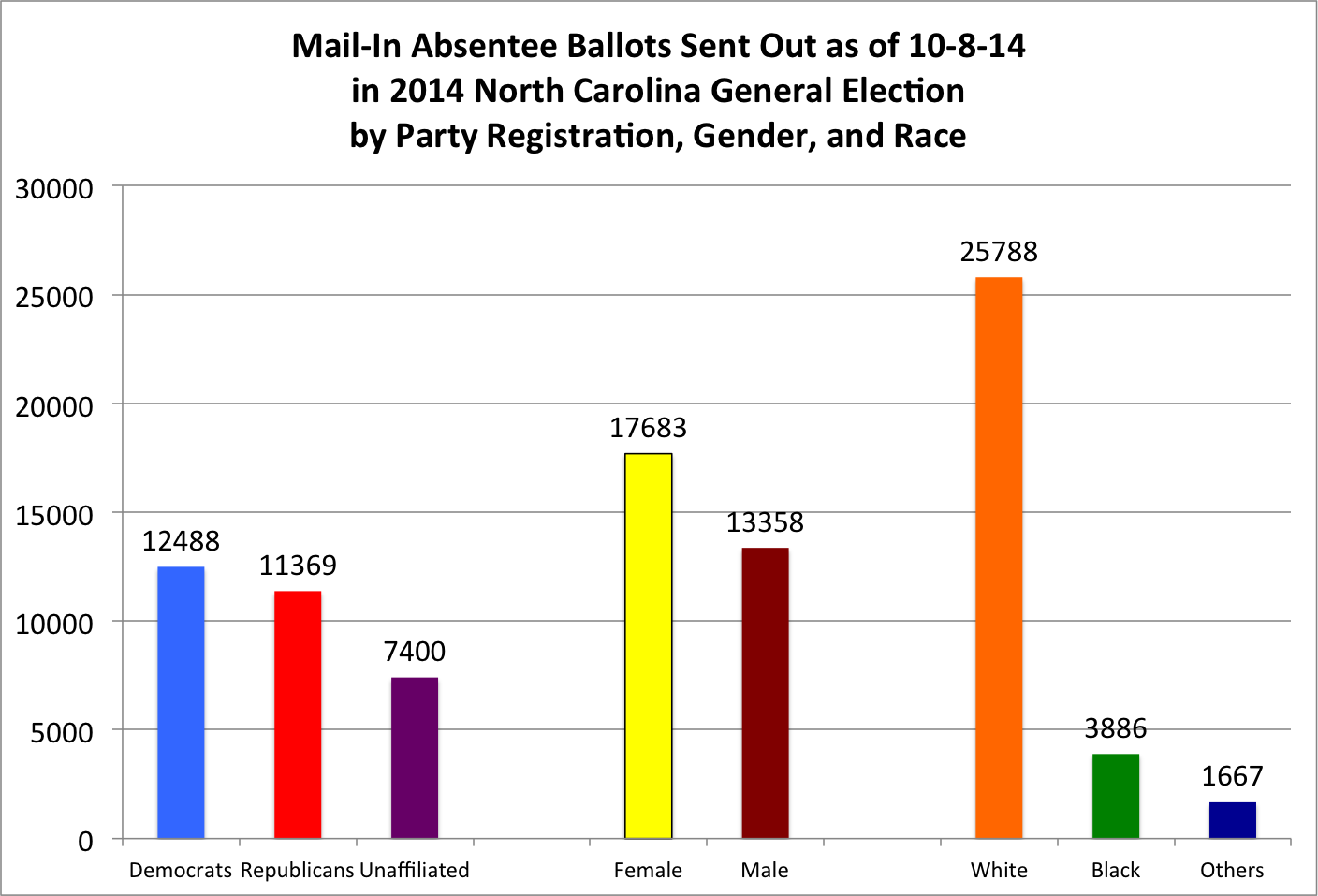 The trends from the past several days, excluding the partisan registration affiliation, continue to hold: women are 56 percent of the requests to 43 percent for men; white voters are 82 percent to 12 percent by black voters.  Registered Democrats slipped to 40 percent of the cumulative total, while registered Republicans are at 36 percent and unaffiliated voters are at 24 percent.

Among the ballots returned and accepted as votes so far, the trends have continued as in the past few days: 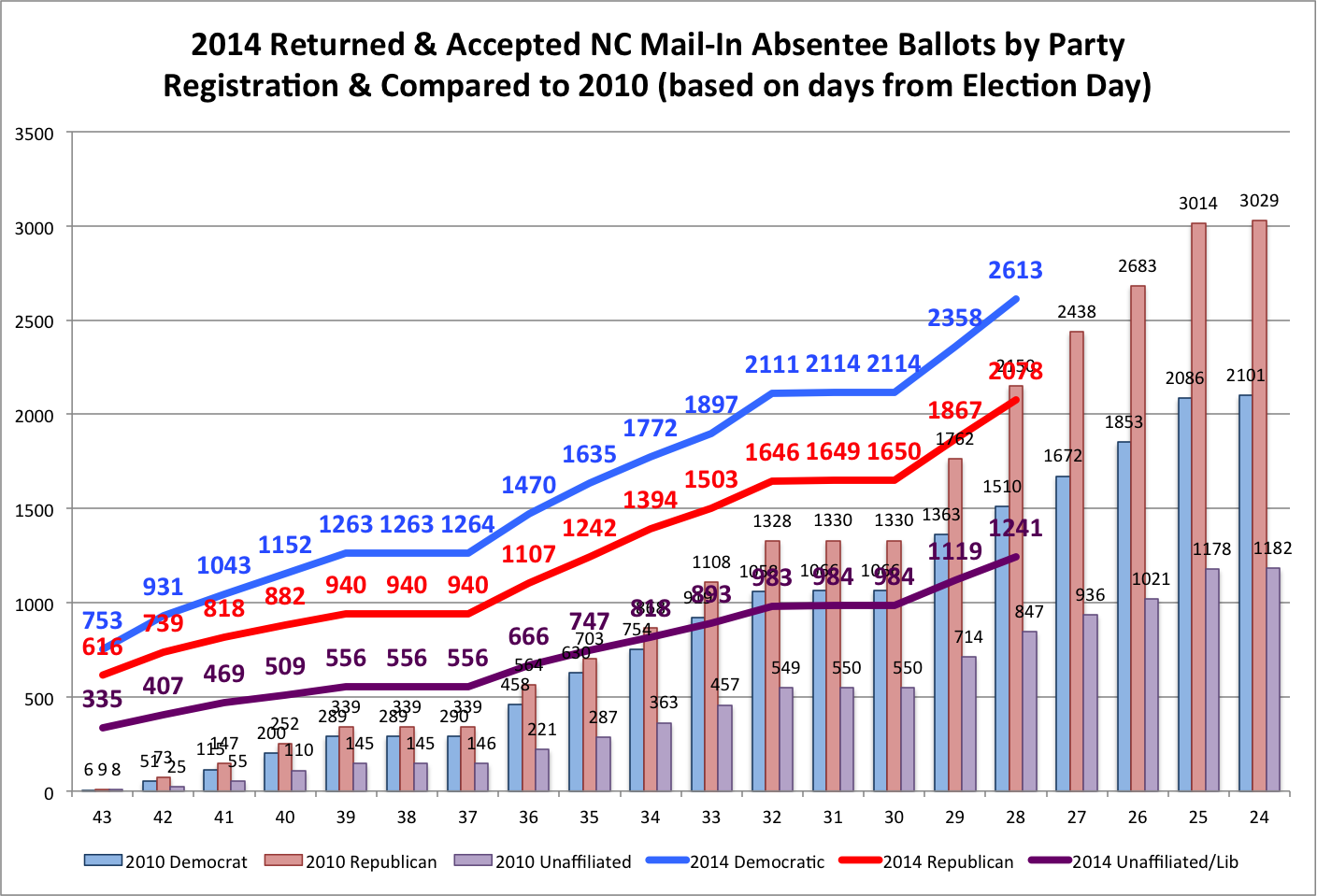 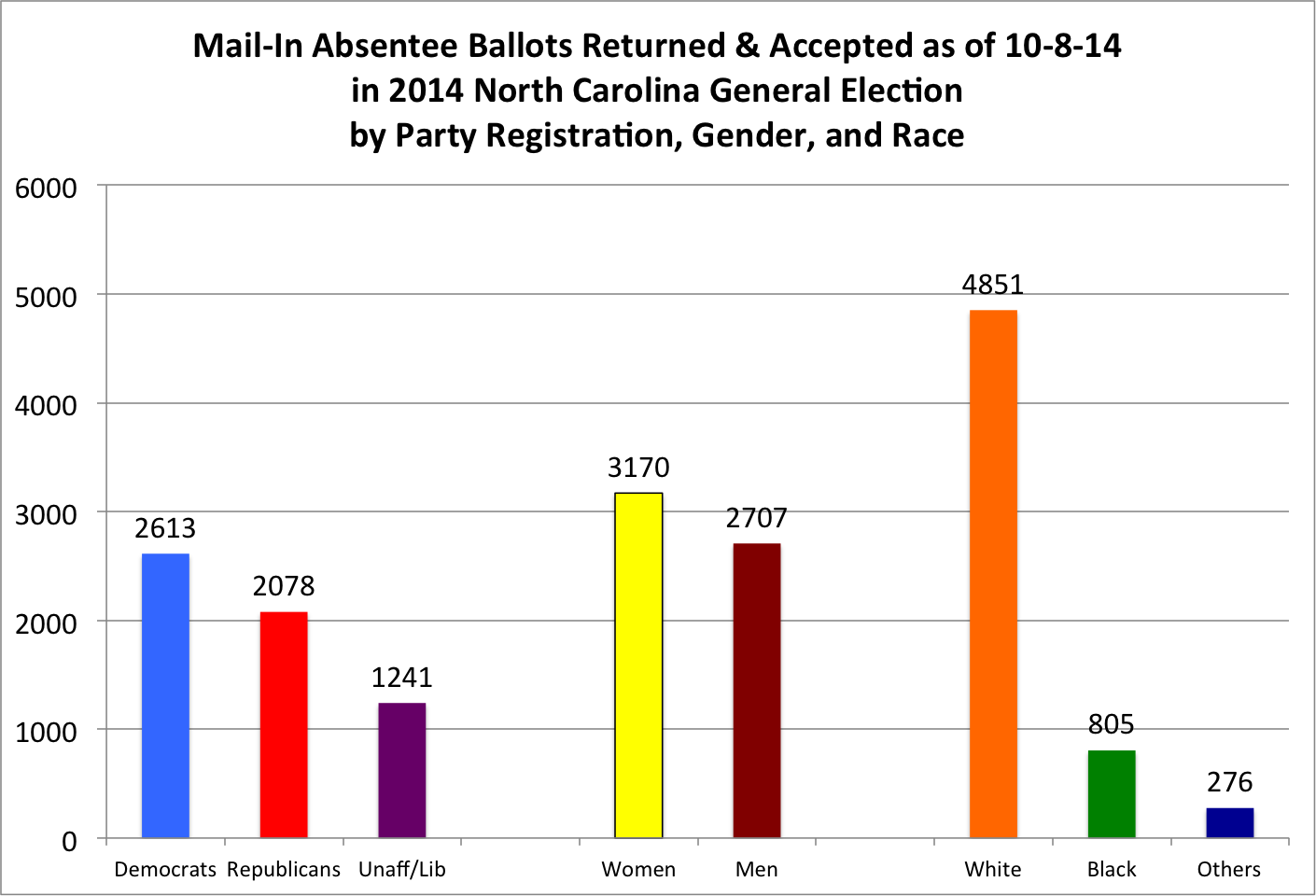 Among the 5,932 returned and accepted ballots:


If we start to see the trend of requested GOP ballots catch up and surpass Democratic requests, it may indicate that the GOP mobilization effort may be picking up speed. But to see GOP requests return to their historic advantage, with less than a month to go before Election Day, is highly unlikely.
By OldNorthStatePolitics.com - October 08, 2014