North Carolinians Are Voting in the 2018 Mid-Term Election

Courtesy of the North Carolina State Board of Elections & Ethics Enforcement, the first batch of absentee-by-mail ballots are being sent out and some have returned and accepted as votes for the November 2018 election.

Usually every week I'll try to update these numbers (unless the demand is really out there for daily updates) and present the numbers of ballots requested and accepted by a couple of key indicators, namely party registration of the voter, generation, and congressional districts (as we are mostly focused on the congressional races in this blue moon election in the Old North State).

Now, let me say that generally mail-in ballots will be a fairly small percentage of the overall votes cast in the state; in 2014's mid-term election, only 2 percent of the ballots cast were by mail.

As of Friday, September 14 (which includes up to the previous day's numbers), 12,209 mail ballots had been sent out to voters, with 12 ballots accepted so far. 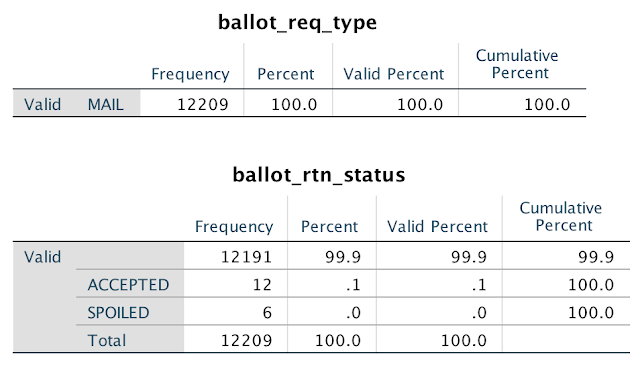 The break-downs by various indicators are: 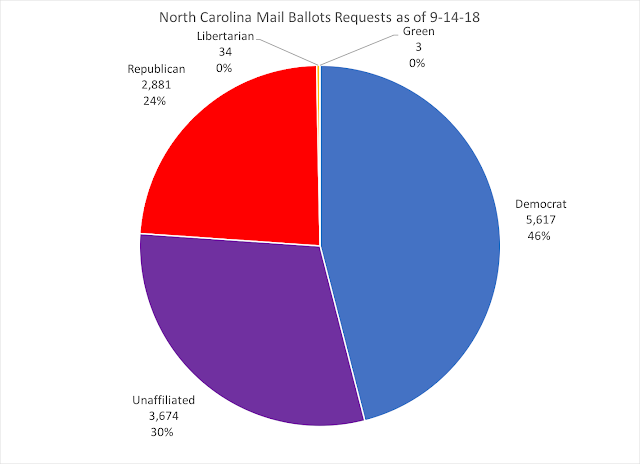 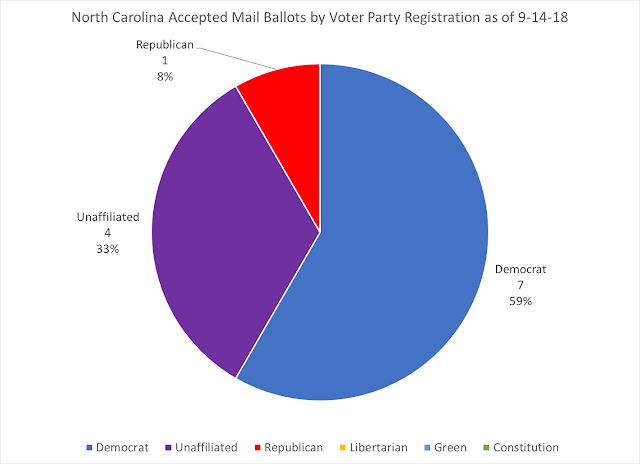 As a reminder: only 12 ballots have been accepted so far. 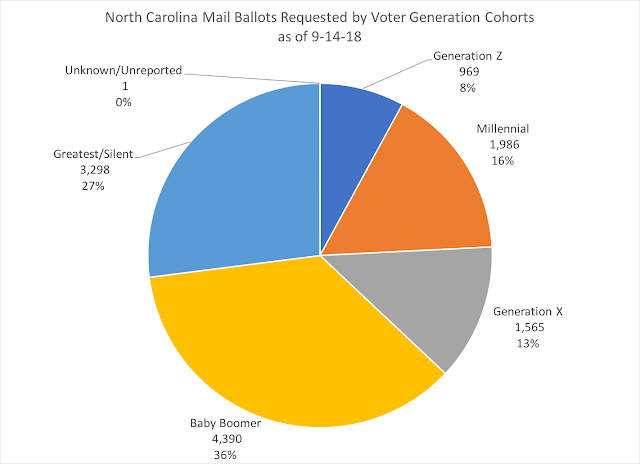 By generation, it should not be surprising that Baby Boomers are the plurality so far in requesting ballots.

And by congressional districts, with special interest on the 9th and 13th, and potentially the 2nd and 8th districts: 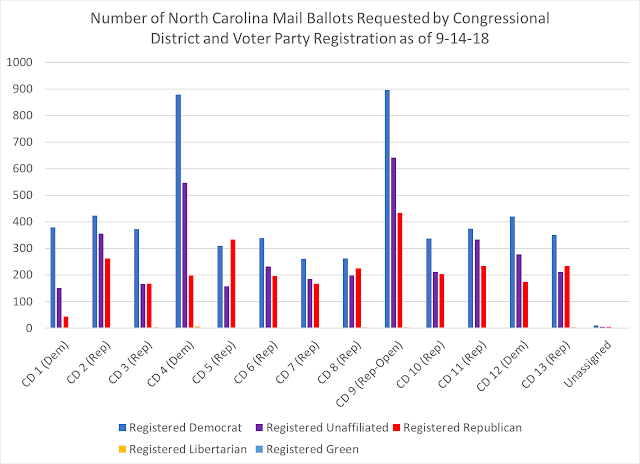 What is interesting is that the two highest Democratic registered voter requests for mail ballots are from the 4th (a very strong Democratic district) and the competitive 9th, an open seat contest by Democrat Dan McCready and Republican Mark Harris. And by percentage of voter registered party affiliation: 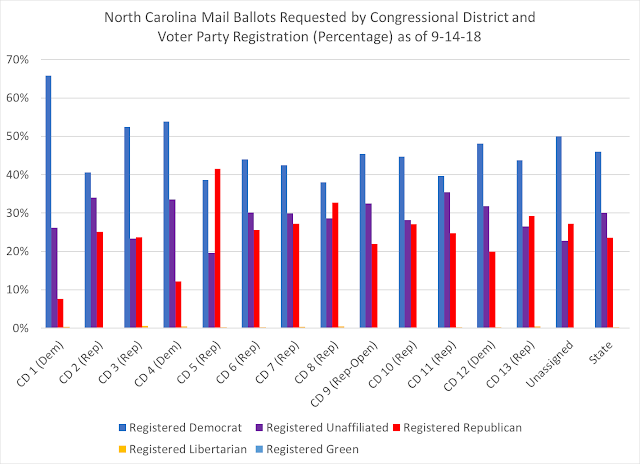 This is still early in the process, and with Hurricane Florence in the state for the next few days, we may see a slowdown of mail ballot requests and mailings going out until the waters recede. But votes are coming in, and while we don't know who they voted for, we do know who are voting and where. If you'd like to know of any other demographic information that can be gleaned from the data, please send me an e-mail or a tweet.
By OldNorthStatePolitics.com - September 14, 2018