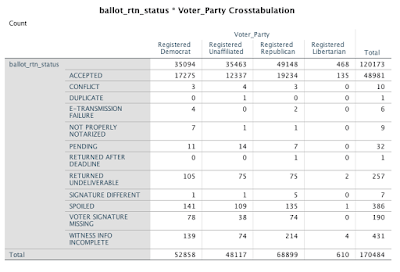 The racial composition of the requested ballots still show a predominance of white voters: 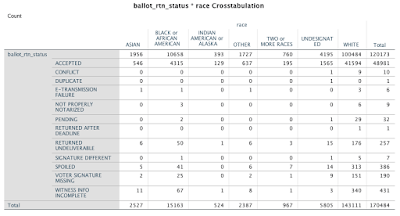 In comparison to the same day totals from 2012's mail-in balloting, the total number is slightly ahead, but breaking it down by party registration shows some distinct differences. 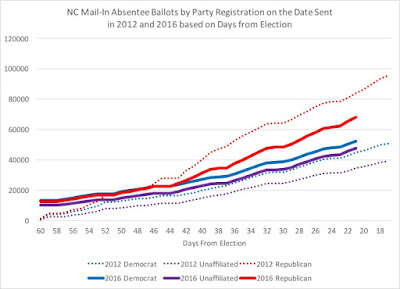 Among the nearly 50,000 returned and accepted ballots: 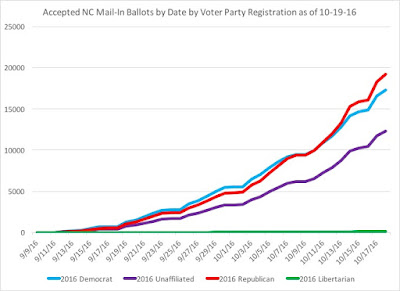 In comparison to the same day totals from four years ago: 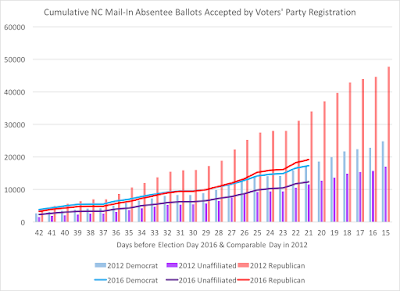 The total returned and accepted ballots rate is 78 percent in comparison to four years ago, with registered unaffiliated voters at 107 to their same day totals from 2012, registered Democrats at 101, and registered Republicans at 57 percent.

Of the outstanding ballots remaining: 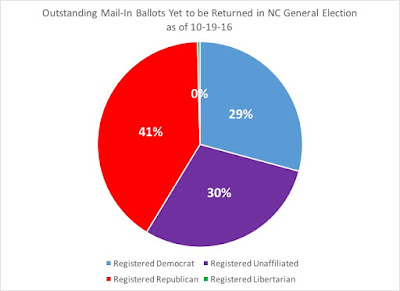 Finally, I looked at 2016 mail-in voters and if they voted and how they voted if they did: 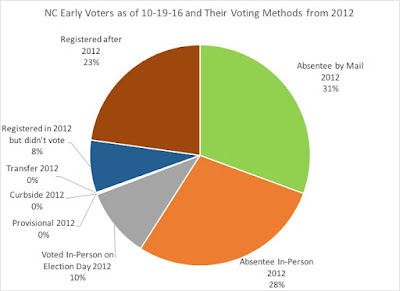