With North Carolina officially into its two early voting methods, the numbers of registered voters casting ballots has grown significantly, with a total of 341,662 requests from both mail-in and in-person balloting, and 220,954 of those ballots returned and accepted for the November 8th general election by either mail-in or in-person voting.

First, the absentee by in-person voting has kicked off, which has historically been the bulk of early ballots in North Carolina. On the first day of in-person early voting in 2012, 167,497 cast ballots that were accepted. On the first day of this year, the overall total numbers of ballots cast and accepted was down, to 162,382: 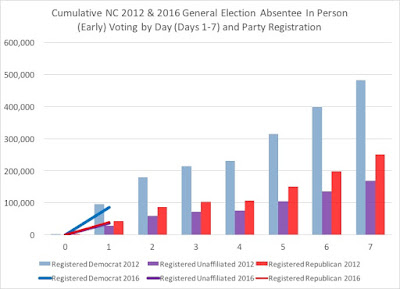 The total number of in-person early ballots is down 3 percent from the same day in 2012, while those from registered Democrats are down 11 percent, from registered Republicans down 7 percent, but up among registered unaffiliated voters by 28 percent. 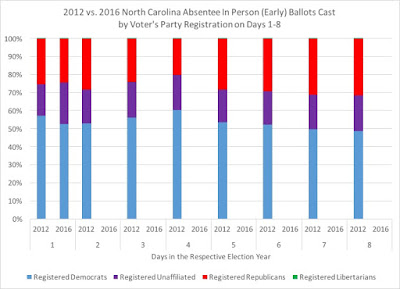 It is important to note that this year's numbers will not be a pure apples-to-apples comparisons due to changes in county hours and locations from 2012.

In terms of looking at in-person early voting by the voter's race, for both the total numbers and by party registration: 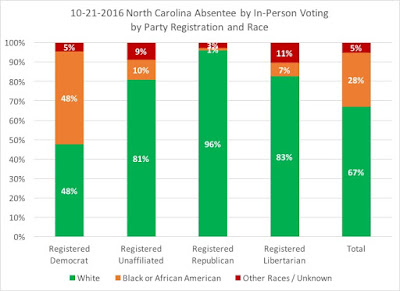 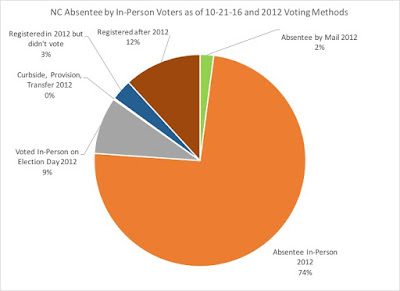 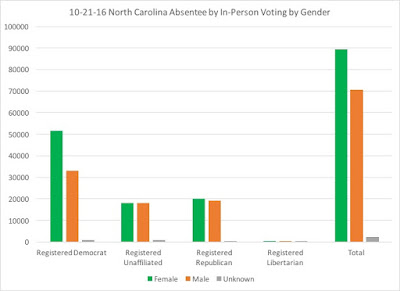 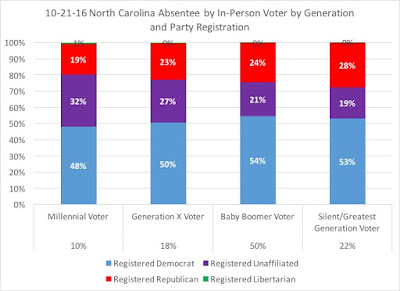 More North Carolinian registered voters indicate that they were born out of state versus being native to the state, and the trend is reflected in the early in-person ballots so far as well: 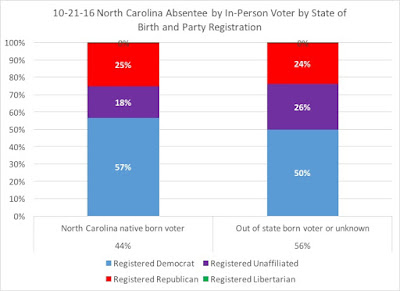 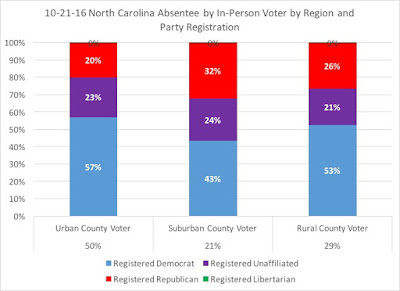 Among absentee mail-in ballots, we are nearing the end of the 6th week of voting, with nearly 180,000 ballots requested and over 58,000 ballots returned and accepted for votes. 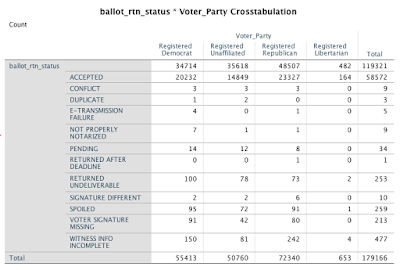 In comparison to four years ago on the same day, this year's mail-in ballots are at 80 percent of the total, with significant differences among party registration: 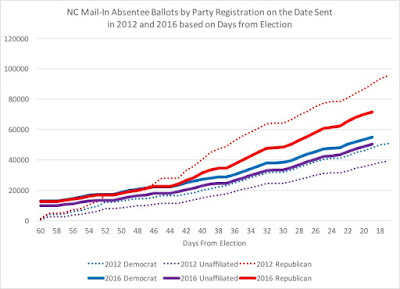 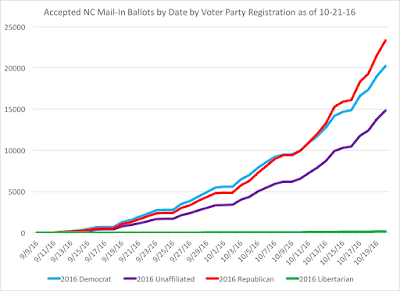 While registered Republicans are running ahead in accepted ballots, they are significantly behind their 2012 same-day numbers (59 percent of where they were on the same day in 2012), while registered Democrats (at 101 percent) and registered unaffiliated voters (at 108 percent) are ahead of their same-day 2012 numbers. 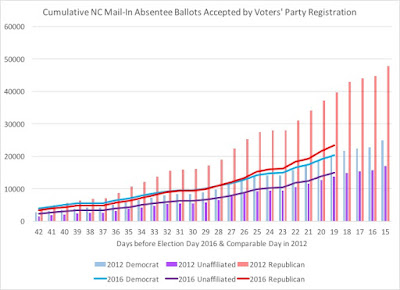 Finally, among the voters who have requested mail-in ballots for this year's election, I looked at the voting behavior from 2012 (whether they voted or not) and if they did, what their voting method was: 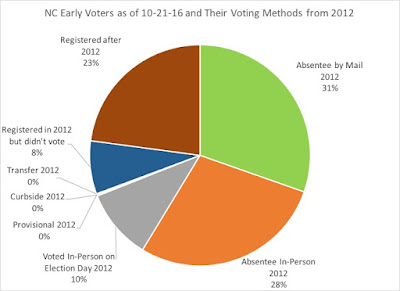