A few new numbers from today's NC State Board of Elections data file on absentee by mail-in ballots from the state: 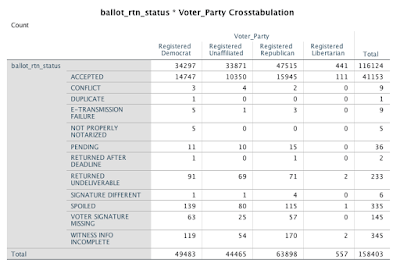 In comparing this year's requested (based on ballots sent date) ballots to four years ago, the total numbers are comparable to 2012's numbers, however there are significant differences among party registration: 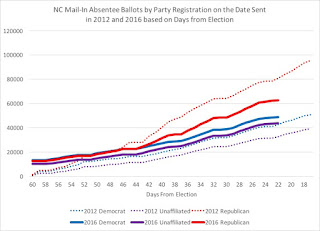 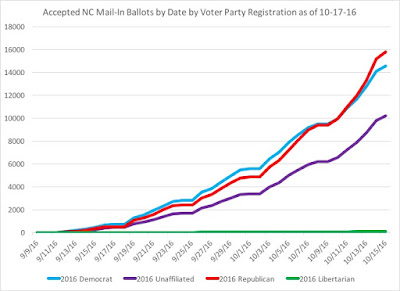 The current total of accepted ballots is 80 percent of where they were in 2012 on this same day, with Republicans at 57 percent of their same-day totals from 2012, Democrats at 104 percent, and unaffiliated at 109 percent. 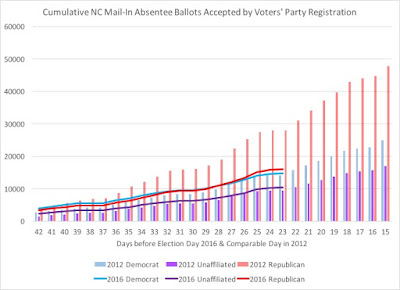 The outstanding requested ballots by party registration is: 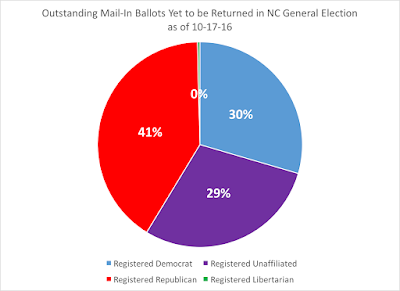 The racial composition of the requested ballots so far is: 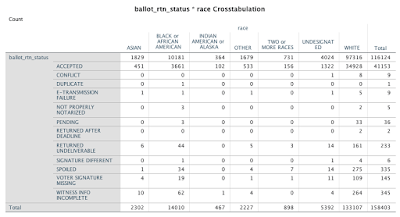 Finally, the 2012 voting methods and participation of this year's mail-in ballot requested voters in North Carolina is: 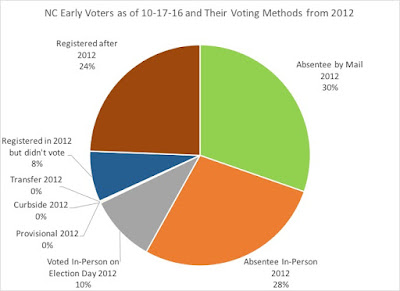