As we end the fourth week of North Carolina's absentee mail-in balloting, registered Republicans have taken their lead in requested ballots, as they traditional have done in the past. But in comparison to their percentages from four years ago, Republicans are significantly behind, while registered Democrats and unaffiliated voters are ahead of where their numbers were in 2012. 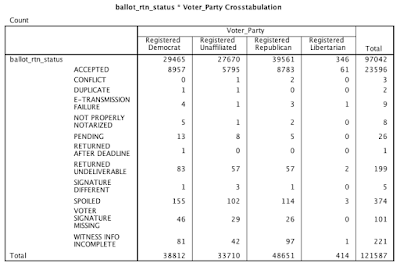 Among those who have returned and had their ballots accepted, registered Democrats have a slight lead in their numbers over registered Republicans. 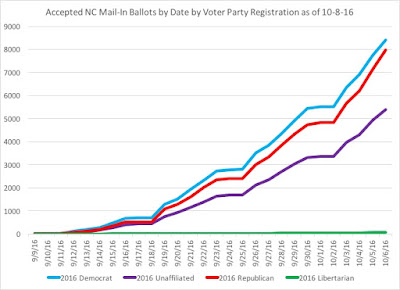 However, in comparison to their performance in 2012 (by same-day cumulative totals of accepted ballots), registered Democrats and unaffiliated voters continued to outpace their numbers from four years ago, 12 and 10 percent ahead respectively. 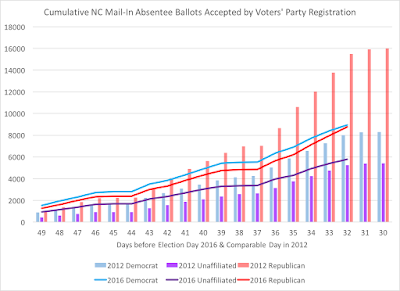 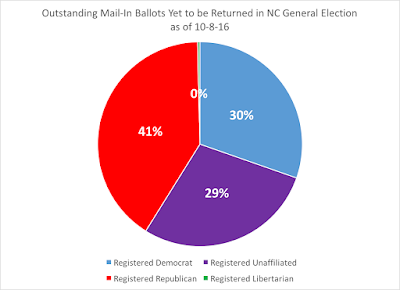 In looking at the comparison data from when mail-in ballots were sent out by boards of elections, the registered Republican 'running behind' and registered Democrats and unaffiliated voters 'running ahead' trends are evident: 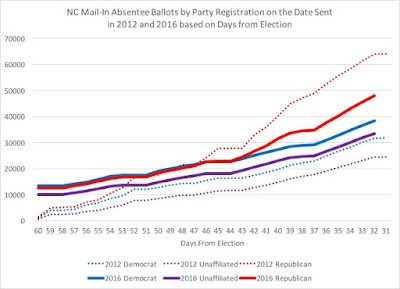 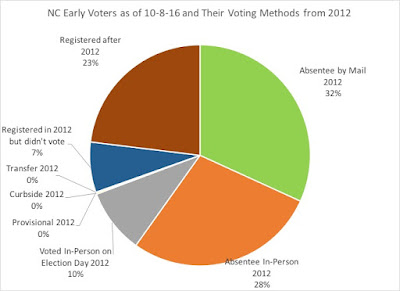