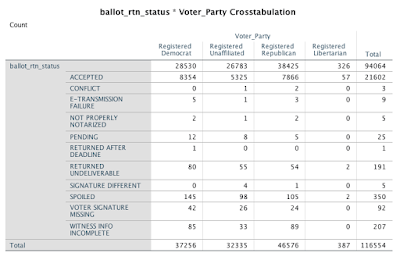 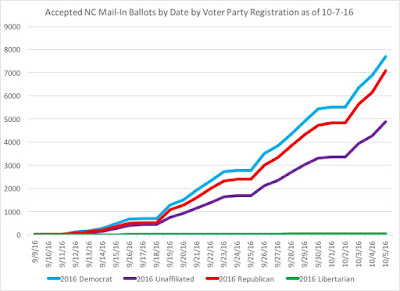 However, registered Democrats and unaffiliated voters are continuing to outpace their numbers from 2012. 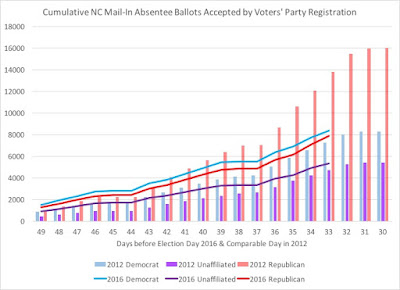 Among the outstanding ballots, registered Republicans have the advantage here. 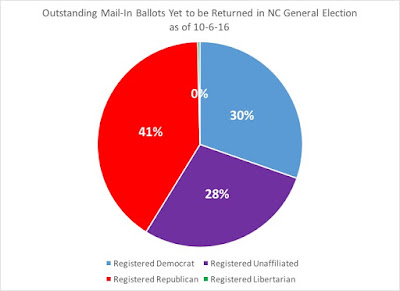 Two other pieces of data analysis of these mail-in ballots: one is a comparison of the ballots 'sent out' to see the volume of where things stood in 2012 and how they match up, based on party registration, to this year's ballot requests. Again, the indications is that requested ballots for registered Republicans is running behind where they were in 2012, while registered Democrats and unaffiliated voters are running ahead of their requested ballots from four years ago. 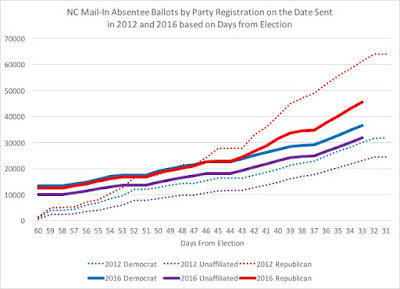 The second piece of analysis relates to how 2016 voters who are requesting mail-in ballots were involved in the 2012 general election: whether they were registered, and if they were, what method did they vote by in 2012. So far, it is interesting that only a third of this year's mail-in voters used the same method four years ago. 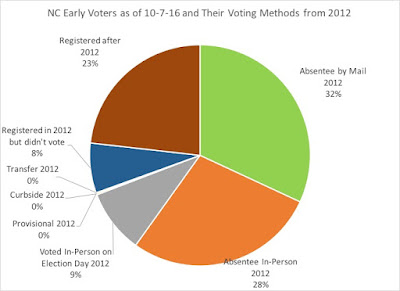