As we await the fifth week of North Carolina's absentee by mail-in ballots to recommence following the Columbus Day holiday, the final numbers of the first four weeks continue to demonstrate that registered Republican voters, while taking the lead in requested ballots, are significantly behind their numbers from 2012 on the same day. Conversely, both registered Democrats and registered unaffiliated voters are showing a greater-than-four-years-ago presence in a traditionally GOP-heavy voting method.

So far, nearly 125,000 North Carolina registered voters have requested mail-in ballots, with nearly 25,000 returning their ballots and having them reviewed and accepted. 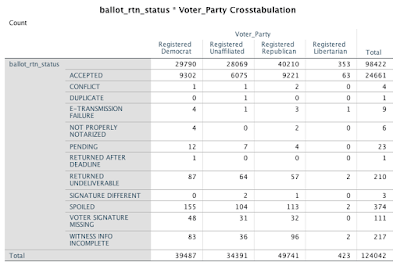 Among the requested ballots: 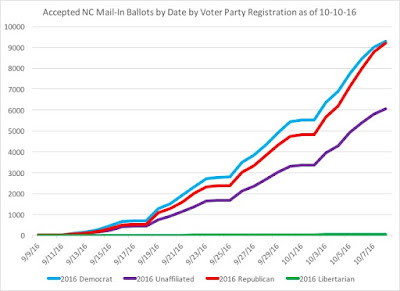 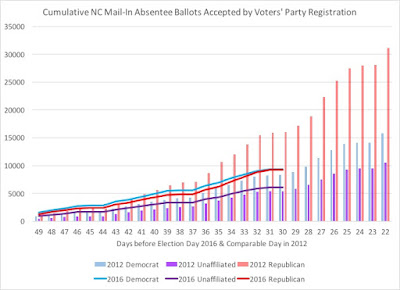 In looking at the total ballots requested (sent out on same day in 2012 and 2016), again, both registered Democrats and unaffiliated voters are ahead of their same day totals from 2012, while registered Republicans are significantly behind in their requested/sent ballots. 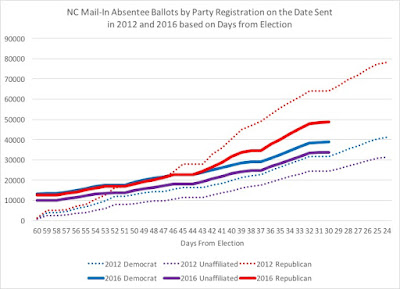 Of the outstanding ballots by party registration: 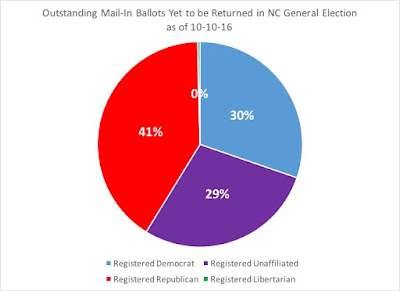 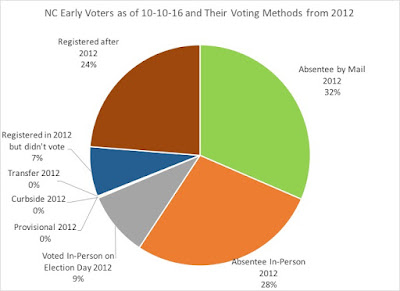