The patterns continue to hold into the fourth week of absentee mail-in ballots for North Carolina: registered Republicans lead in overall requested ballots, while registered Democrats lead in returned and accepted ballots so far as of October 4, 2016. 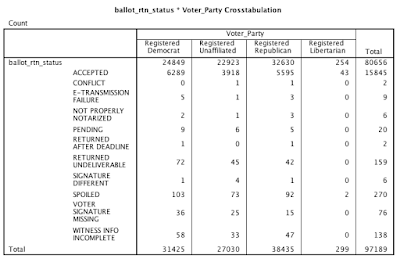 Of the 15,845 returned and accepted ballots, registered Democrats are 40 percent, registered Republicans at 35 percent, and registered unaffiliated voters are 25 percent. 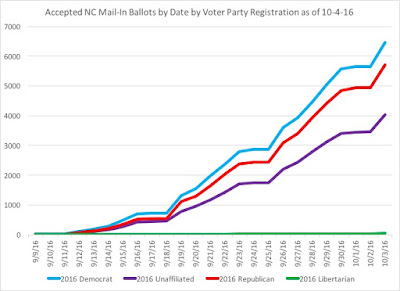 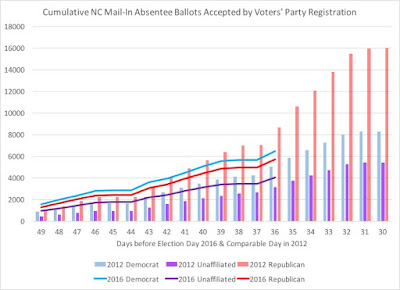 Finally, the number of outstanding mail-in ballots are over 80,000, with the following party registration break-down: 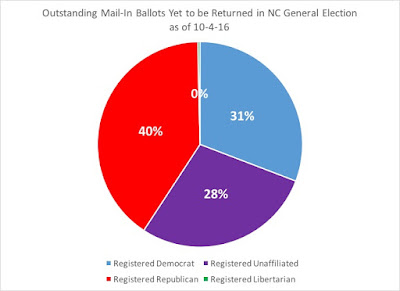