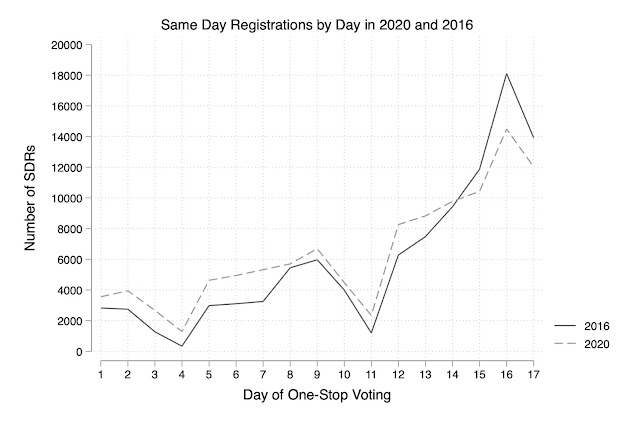 It is also striking how much the use of the "undesignated" category varies by county--suggesting that this massive increase may be explained as much by administrative variation across the counties as by changes in racial identity. Consider this table below, which lists the 10 counties with the highest percent of same day registrants who are characterized as undesignated and the 10 counties with the lowest percentages. This will be a trend to continue to watch after the election.