Since 2016, over 1.3 million new voters have registered in North Carolina (20 percent of the current 6.8 million active/inactive/temporary registered voters), with unaffiliated status claiming 43 percent of these new voters, Democrats claiming 30 percent of the new registrants, and Republicans taking 26 percent. All other party registrations--Libertarian, Green, and Constitution--totaled one percent.

When broken down by each of past three years, the trends for party registration held mostly the same as the overall percentages, with the exception of 2018, when Democrats had nearly a third of the registrants, while Republicans had under a quarter. 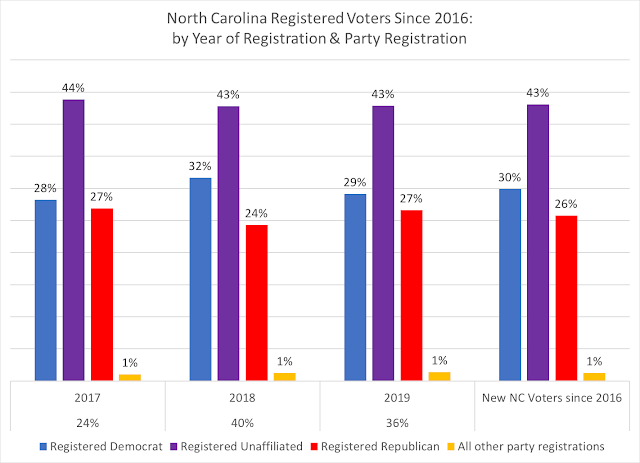 This Democratic bump is not surprising, considering that 2018 was a Democratic year leading into North Carolina's competitive blue-moon mid-term election.

Next, looking at these new registered voters since 2016 by voter race: 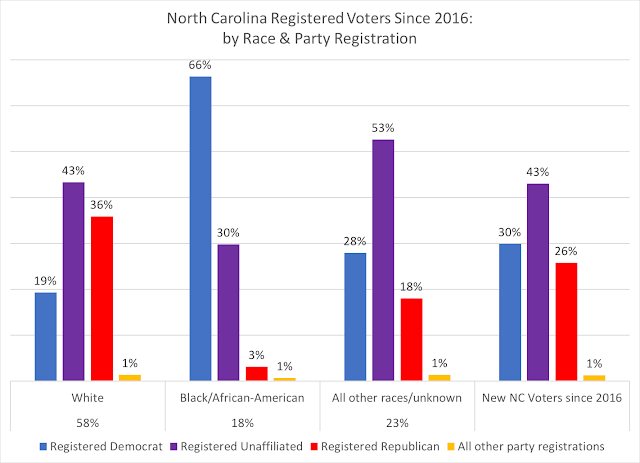 What is interesting is that over the past three years, the percentage of white registrants dropped below 60 percent, while black voters were slightly below their overall voter pool percentage of 22 percent and 'all other races' (Asian, Native American, Multi-racial, and other/unknown/unreported) was at 23 percent, compared to their overall 11 percent of the state's voter pool. 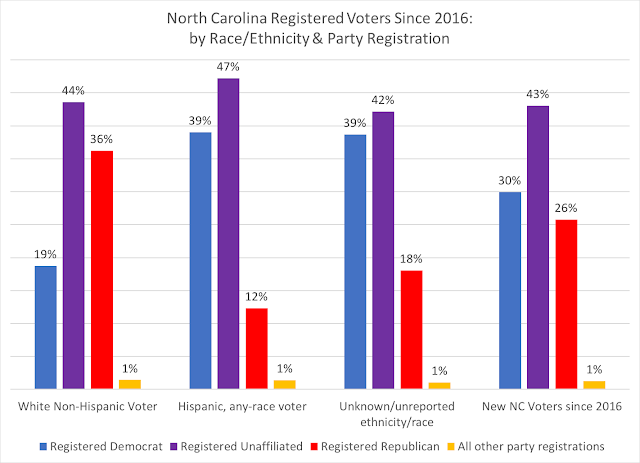 Two areas of interest to me is generational cohorts and regionalism. First, the new NC voters since 2016 have been overwhelmingly Millennials and Generation Z. 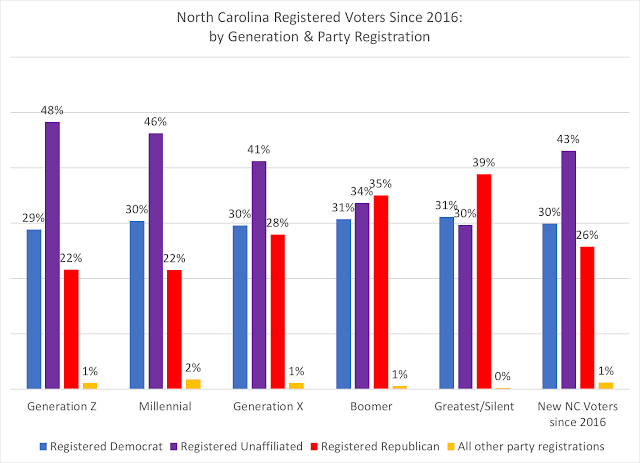 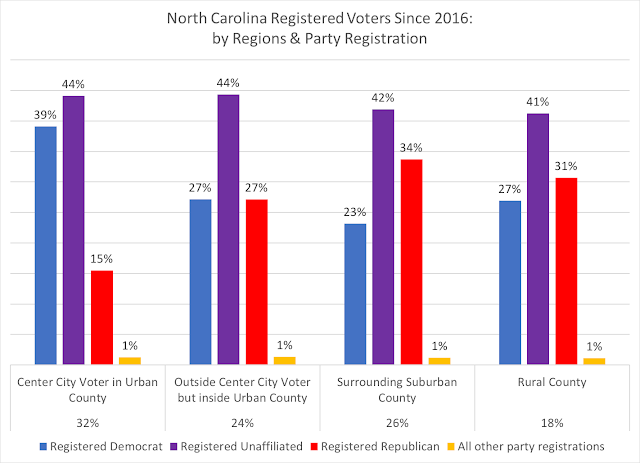 What is interesting is that in those central cities, Republican registration is 15 percent, while in surrounding suburban counties, Democratic registration was 23 percent. Those suburban voters who live in urban counties but outside the central city registered 27 percent to each party, but 44 percent went unaffiliated.

Finally, I was interested in looking at how, within two year cycles, new registrants tended to actually show up and cast ballots in the subsequent election year to their registration. For example, how many 2017 registered voters cast ballots compared to those who registered in 2018?

In using the voter registration for each year going back to 2012's election, I constructed the following analysis for different cohorts: 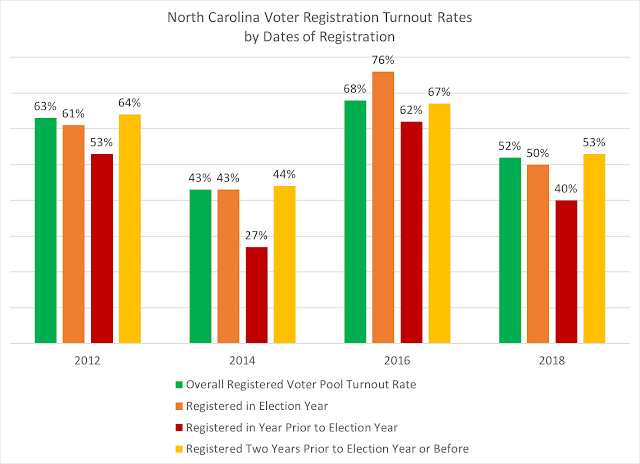 With 2019 seeing over 480,000 North Carolinians registered, an important trend to watch in 2020 will be two-fold: when does this election year's numbers surpass last year's total numbers, and can the campaigns work the 2019 registered voters just as hard as the ones who register this year to show up to vote?