With the end of 2019 comes a status report of where North Carolina stands in terms of voter registration and the patterns that we have seen over the past year, based on data from the NC State Board of Elections.

With the January 5, 2019 count of registered voters (active, inactive, and temporary status) compared to the December 28 count, North Carolina's voter pool saw a net increase of 273,238 voters, or four percent, at the end of 2019. Of the state's one hundred counties, all but two saw net increases in their voter rolls: Montgomery and Yancey counties saw declines in their total voters.

In comparison to the state's percentage increase of voters (of 4 percent), 31 counties saw a larger increase than the state, with both Onslow and Brunswick doubling the state rate (eight percent), Currituck and Johnston at seven percent, and Cabarrus, Hoke, Lincoln, and Union counties seeing a six percent increase in their voter registration from the beginning of the year.

On January 5, fourteen counties made up half of the 6.5 million registered voters, but at the end of 2019, it took only twelve counties to make up half of the year-ending 6.8 million registered voters. The two largest counties, Wake and Mecklenburg, held nearly 22 percent of the state's voters, with Guilford, Forsyth (Winston-Salem), Durham, Cumberland, Buncombe (Asheville), New Hanover (Wilmington) rounding out of the urban counties. Three of the remaining four counties are surrounding suburban counties to Charlotte: Union, Gaston, and Cabarrus, with Johnston as the last county to make the 50 percent state-wide mark.


In looking at these top dozen voter counties, the party registration percentages show the urban-suburban divide in the state: 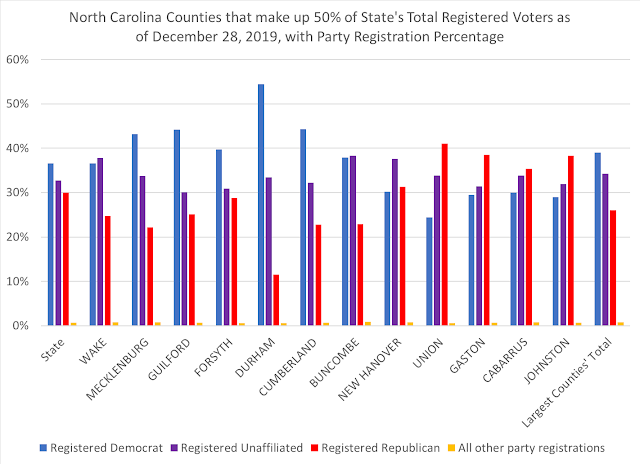 Among these top dozen counties, registered Democrats are slightly ahead of their state-wide percentage, while barely a quarter (26 percent) of voters in these counties are registered Republicans.

The remaining counties--the 'middle 17'--are primarily surrounding suburban counties, with 22 percent of the state's voters. Registered Republicans lead with 35 percent of the registration, followed by unaffiliated voters at one-third, and registered Democrats at 32 percent.

When looking at the monthly party registrations for 2019, unaffiliated registration dominated both political parties throughout the year, ending up with 43 percent of the year's voter registration, followed by registered Democrats with 29 percent and registered Republicans at 27 percent. 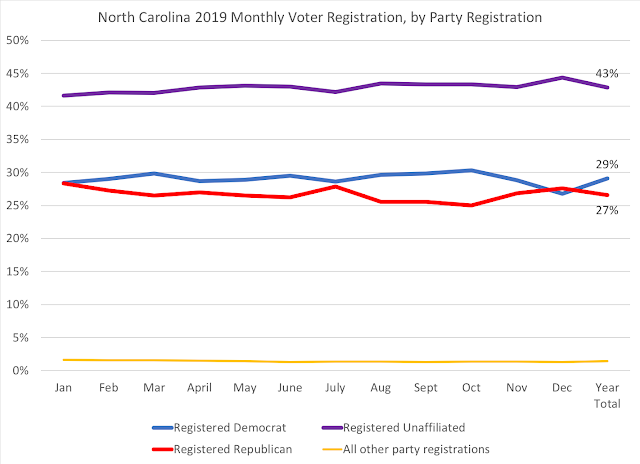 Another trend that is continuing in North Carolina's voter pool is generational replacement, with a plurality of registered voters in 2020 under the age of 40, meaning Millennials and Generation Z could constitute the largest block of potential voters for the November election--if they show up. 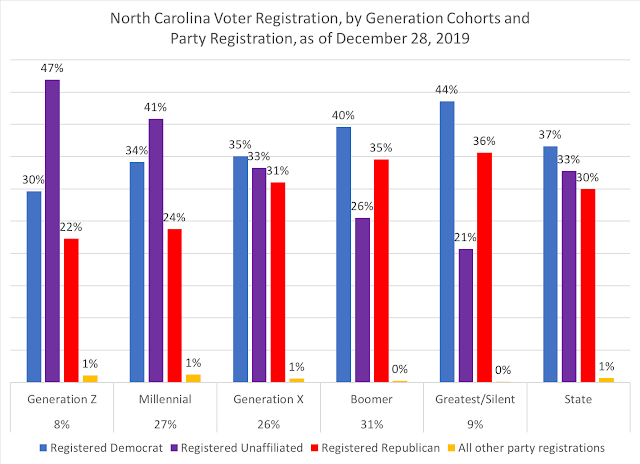 During 2019, Millennials and Generation Z held the largest percentage of new registrations as well, ending the year with 58 percent of the year's new voters. 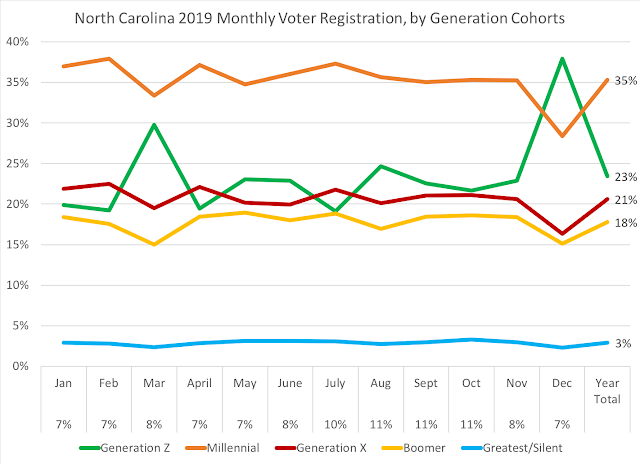 Another tectonic shift occurring in NC's voter pool is based on geographic location. In looking at the state's urban/suburban/rural regions--meaning, those voters who live in urban central cities, those who live outside the central city but inside the urban county, those who live in surrounding suburban counties, and those who are in rural counties--urban counties continue to dominate the state's voter pool, and respectively, the Democratic party registration. 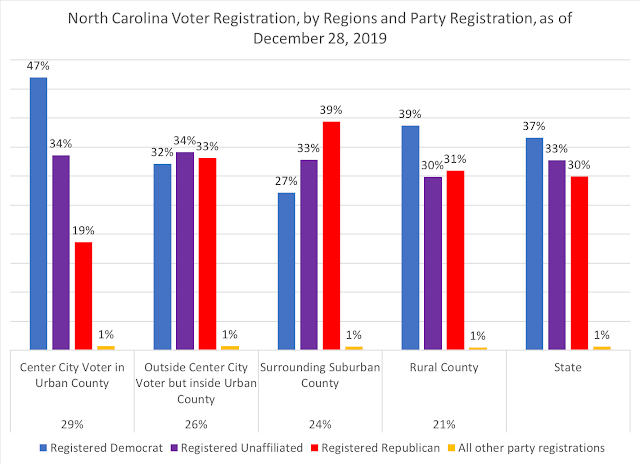 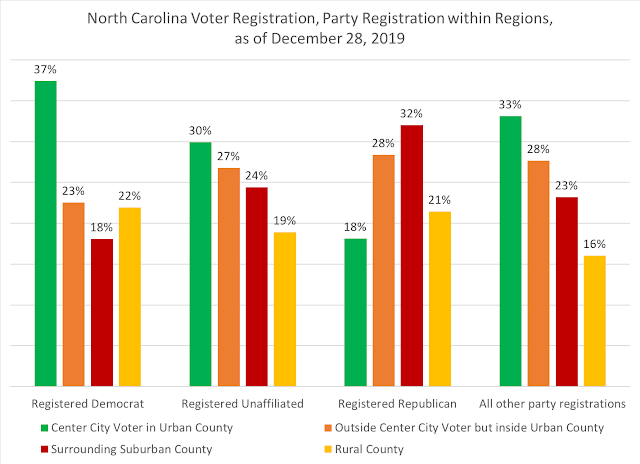 Finally, in looking at the racial breakdown heading into the 2020 campaign year, the racial divide within party registration is still quite stark in NC voter registration percentages. 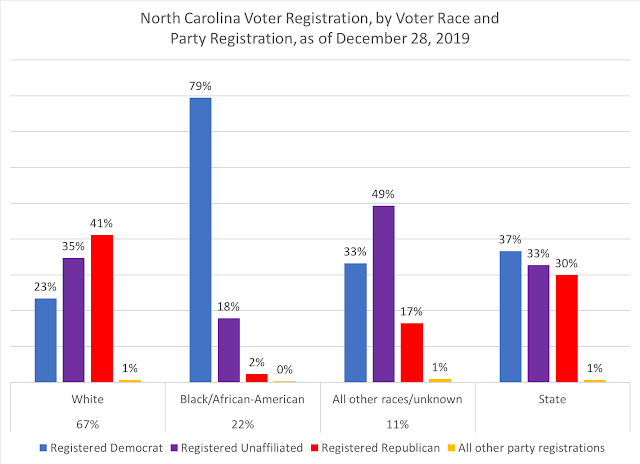 As any campaign will tell you, it's all about who shows up to vote in November, and this year will likely be more of about 'mobilizing and energizing' each party's respective voters, as compared to 'persuading' the other side to cross party loyalty and vote for the opposition candidate. As we head into what most expect to be a competitive and intense campaign, the numbers and patterns for the voters of the Old North State will be critical to watch over the next eleven months.
By OldNorthStatePolitics.com - December 31, 2019