With early voting coming to an end today (on Friday, May 10), the early voting electorate is pretty much set for the North Carolina Ninth Congressional District. All that is left are the ballots to be cast at next Tuesday's Election Day, on May 14.

So far, within the GOP primary, 8,246 ballots have been requested, by both mail-in and in-person, with slightly under 8,000 votes (7,916) accepted as ballots for counting.

In terms of accepted early ballots (from both mail-in and in-person voting), Mecklenburg County continues to dominate the ballot pool, with half of all the early accepted ballots: 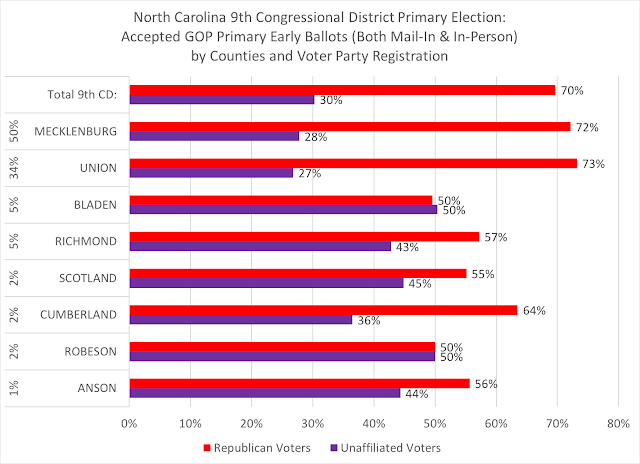 In comparison, Mecklenburg makes up 35 percent of eligible GOP 9th Congressional District voters, which includes both registered Republicans and unaffiliated voters (both are eligible to cast ballots in the GOP primary). Union County has the largest eligible voter pool at 36 percent of the total 9th's registered Republicans and unaffiliated voters, yet early voters from the suburban county next to Mecklenburg are only 34 percent.

The mean age of early voters is 65 years old: 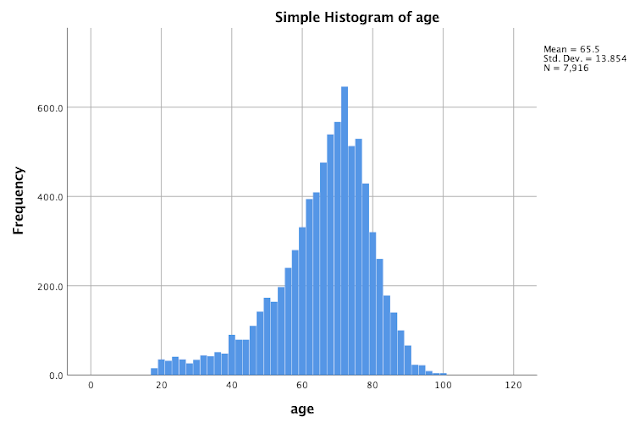 By generations, Baby Boomers (those 54 years old or older) and Silent generations make up 81 percent of the total accepted early ballots: 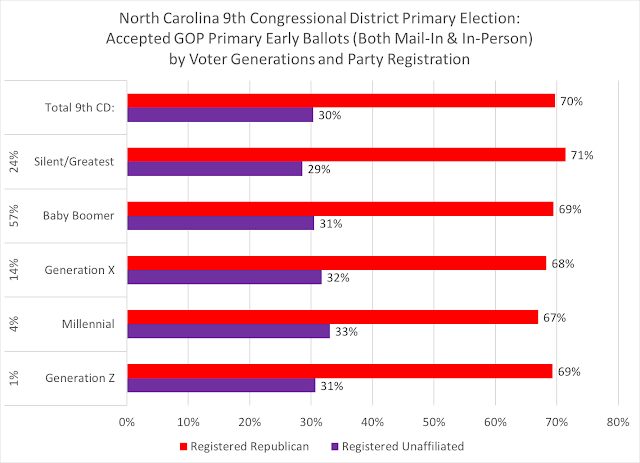 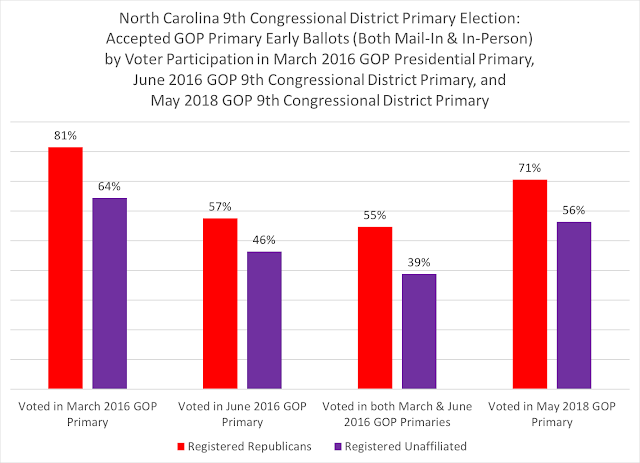 Finally, with some public polls indicating that NC State Senate Dan Bishop has a lead in the polling going into next Tuesday's election, I looked at the breakdowns by state senate districts of early 9th GOP primary voters. This is based on the "friends and neighbors" concept that candidates will generally pull their greatest strength from areas that they represent.

Senator Bishop represents the 39th district in Mecklenburg County, which has almost half of the early accepted ballots: 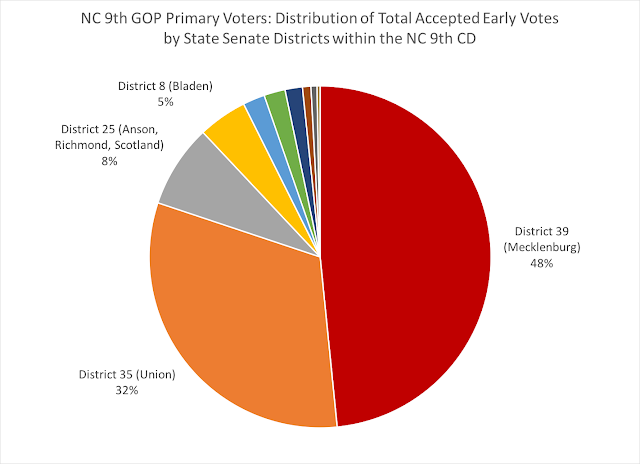 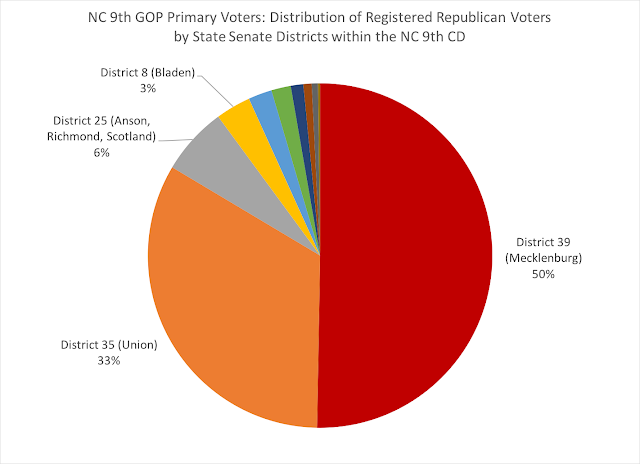 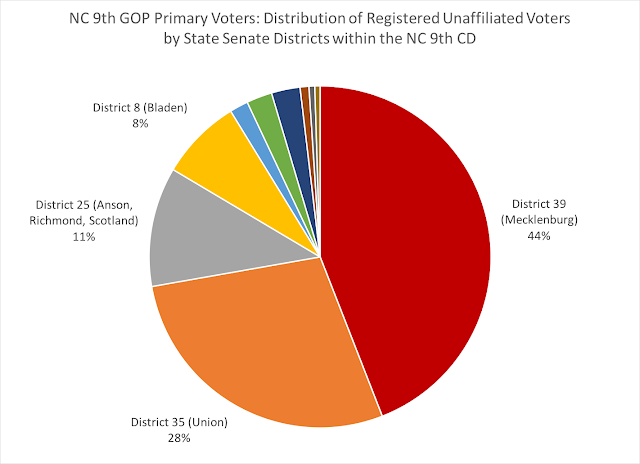 If Senator Bishop can coalesce his state senate district constituents, and hold off fellow Mecklenburg candidate, and former county commissioner, Matthew Ridenhour, this may be an indication that Bishop could secure the party nomination without a second (runoff) primary, unless Union County asserts its strength within the district. Again, this will be determined Tuesday, when a likely larger bloc of voters will cast ballots, but the turnout may still be small.