As of September 29, 2018, the North Carolina mail absentee ballots so far are:

And by party registration for all three categories: 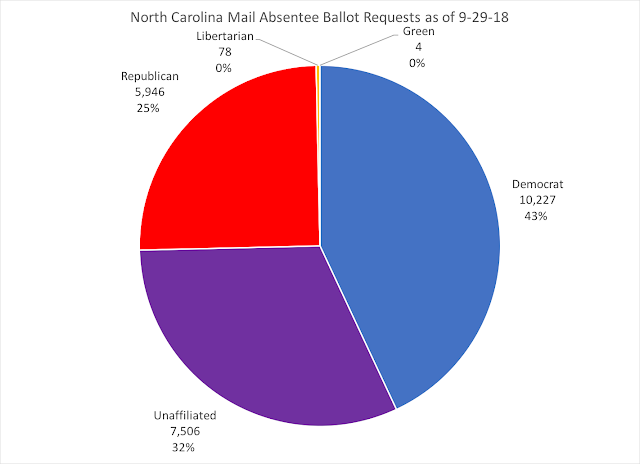 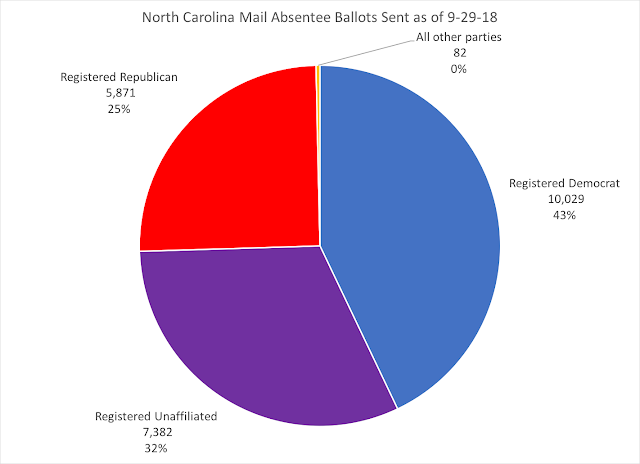 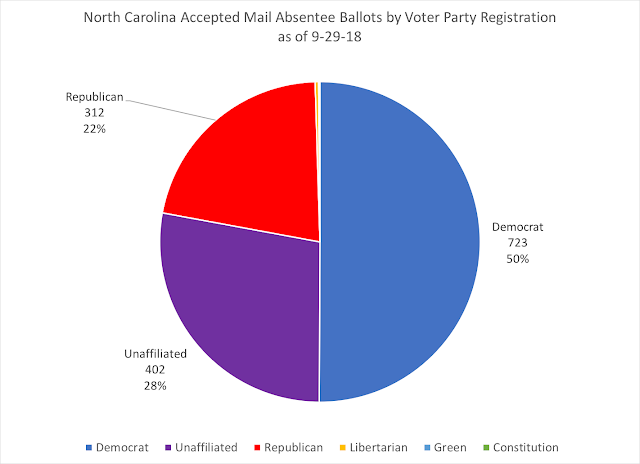 And by generation cohort of requested mail absentee ballots: 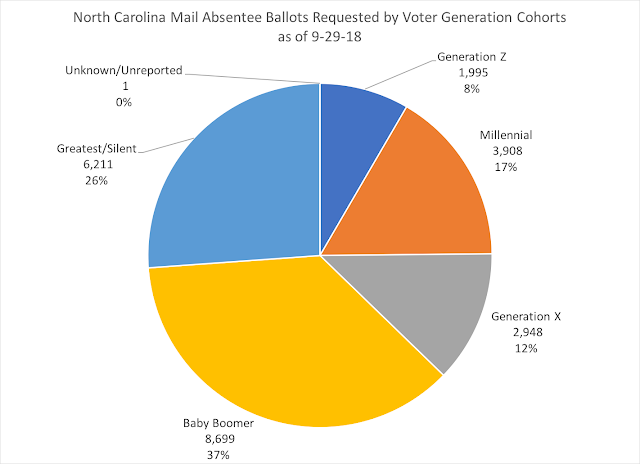 And each generation cohort's party registration: 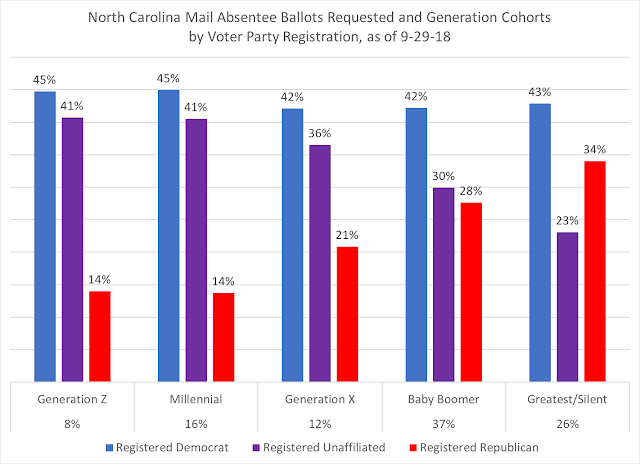 In comparison to 2014's same day prior to Election Day, 2018's numbers are running significantly ahead in requested mail absentee ballots for both registered Democrats and unaffiliated, while registered Republicans are running slightly behind their same day totals: 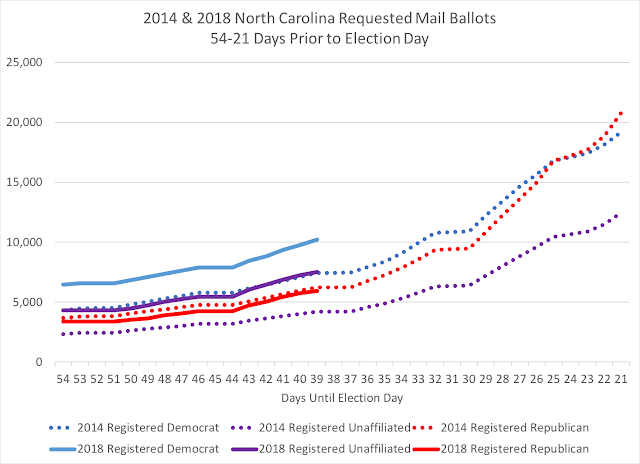 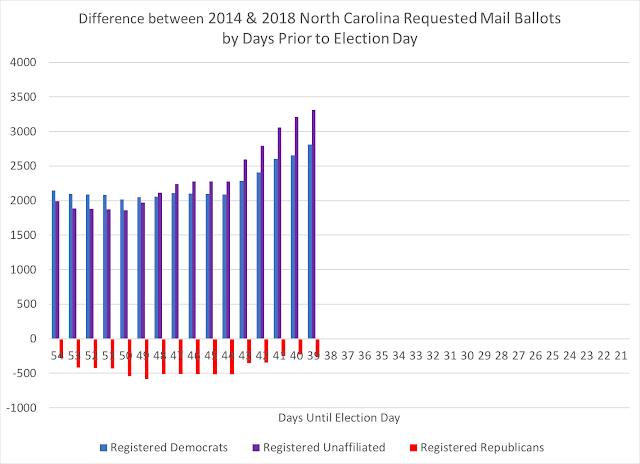 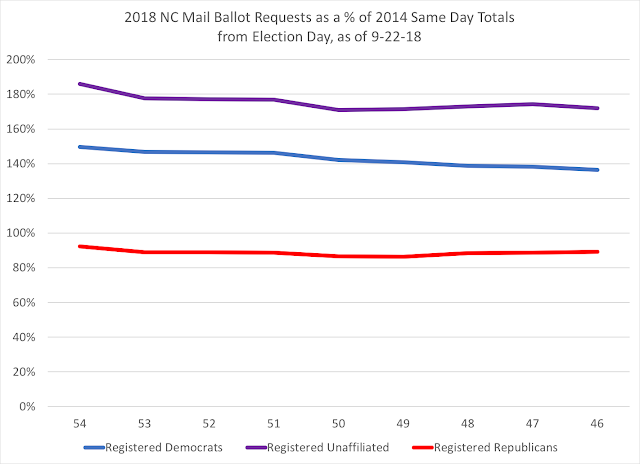 And for accepted mail absentee ballots, all three major party registration groups are running behind their same day totals from four years ago: 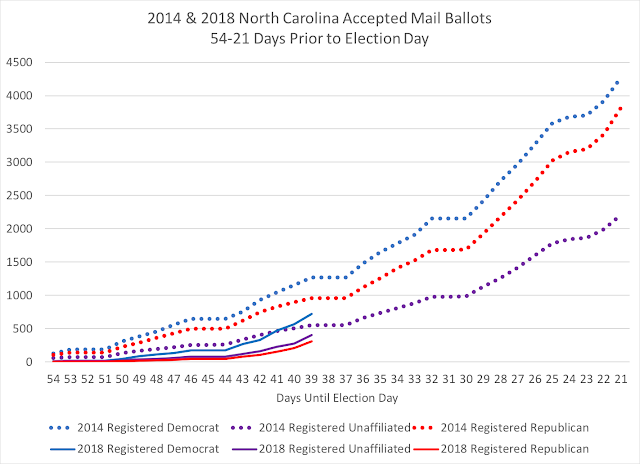 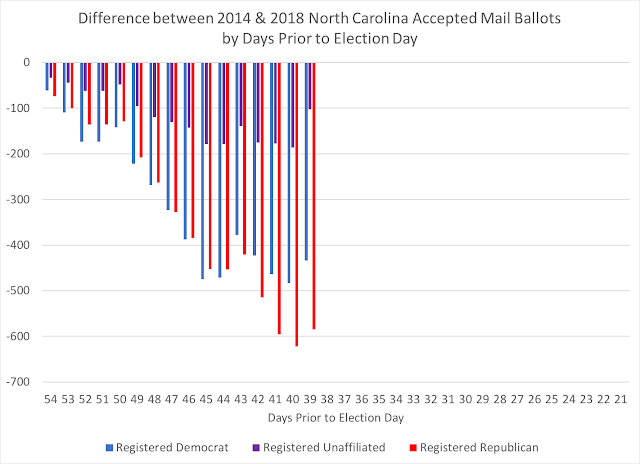 The percentage of mail absentee ballots returned and accepted by party registration: 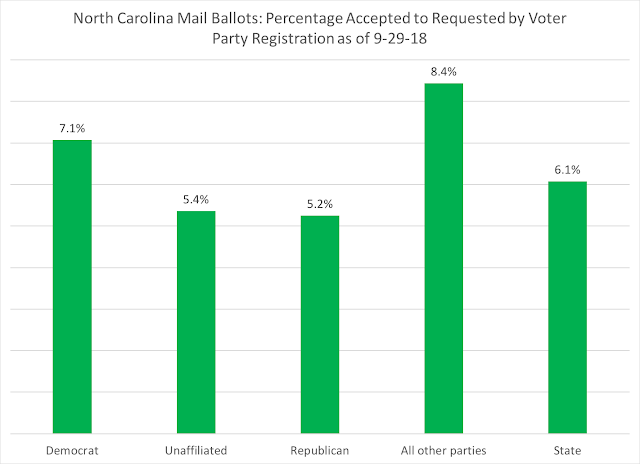 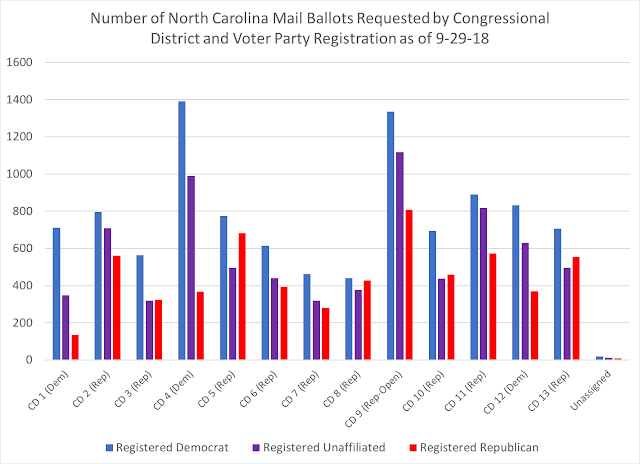 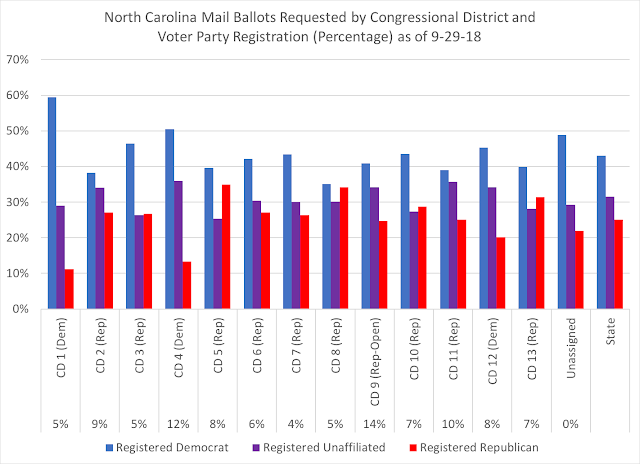 In comparing how voters who have requested 2018 mail absentee ballots either voted in 2014 (or didn't) or were not registered in 2014 and their party registration: 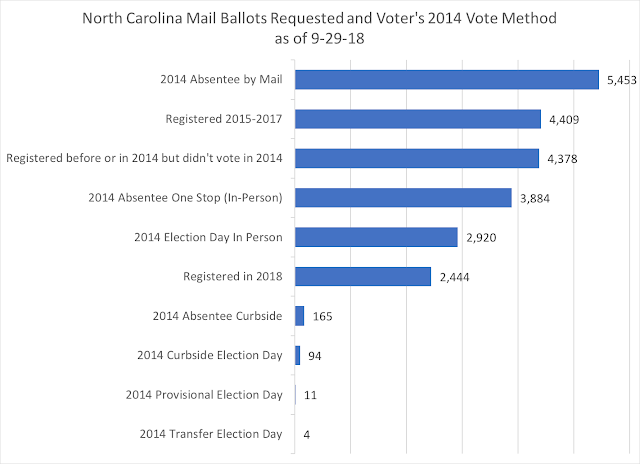 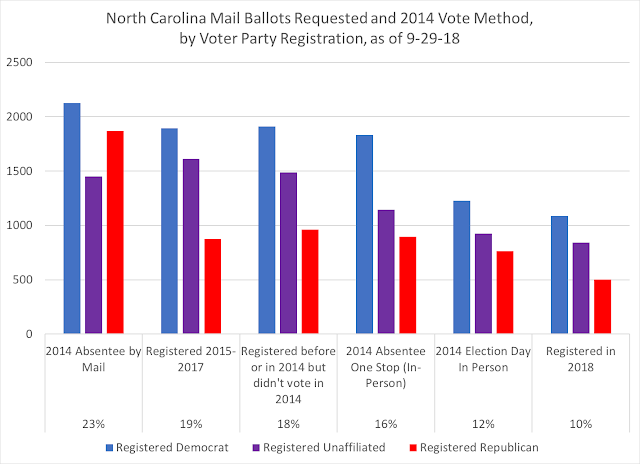 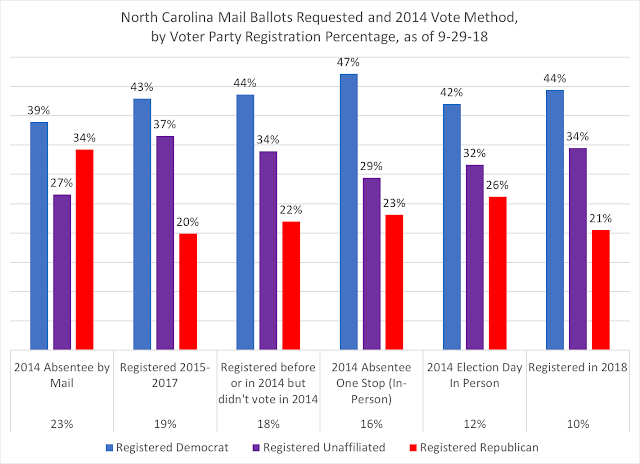 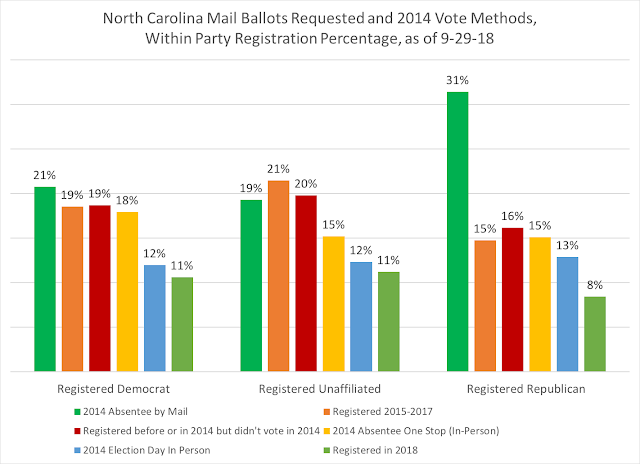 Finally, looking at the gender differences among voters who have requested mail absentee ballots: 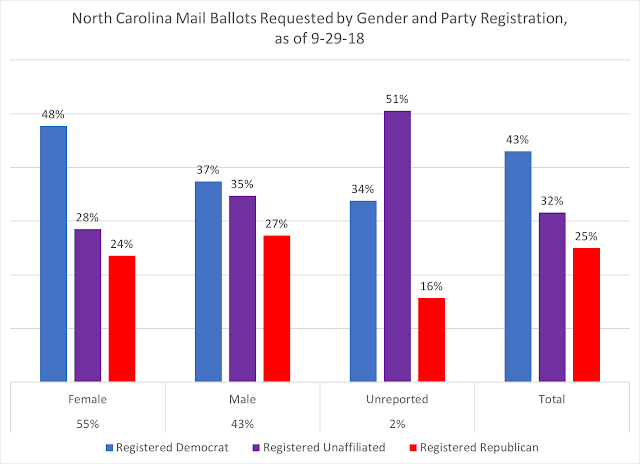 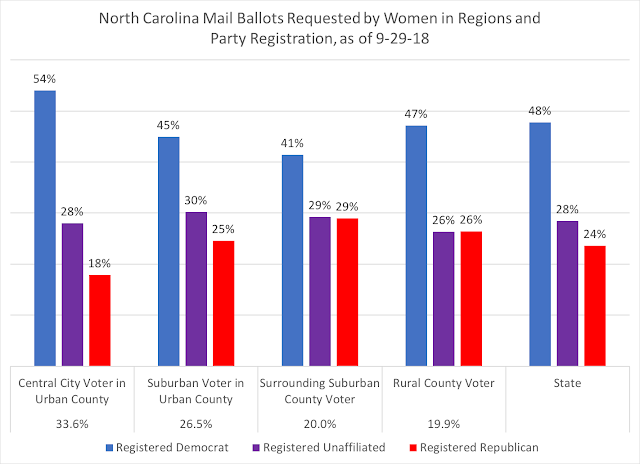 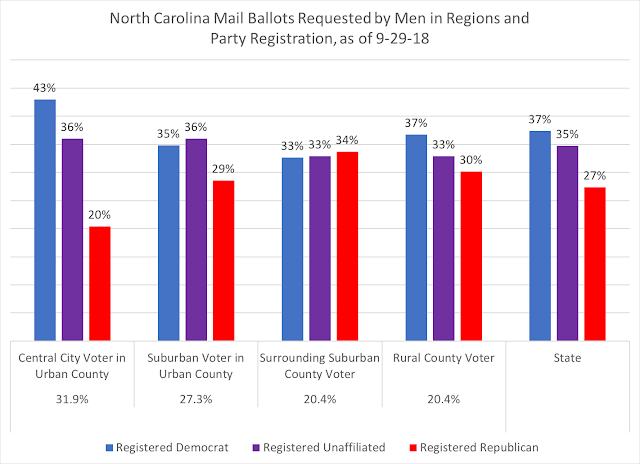