With the end of the week, an update on where things stand regarding North Carolina's absentee by mail ballots, including requested, sent, and returned & accepted. I sent many of these charts out via Twitter @oldnorthstpol, but here are all the charts for 9-22-18 in one convenient spot for future reference:

The requested mail ballots, as of 9-22-18, total 17,225, with the following breakdown by party registration of the voter: 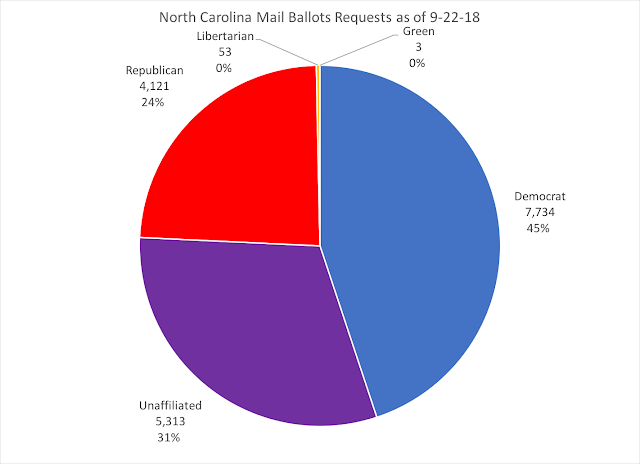 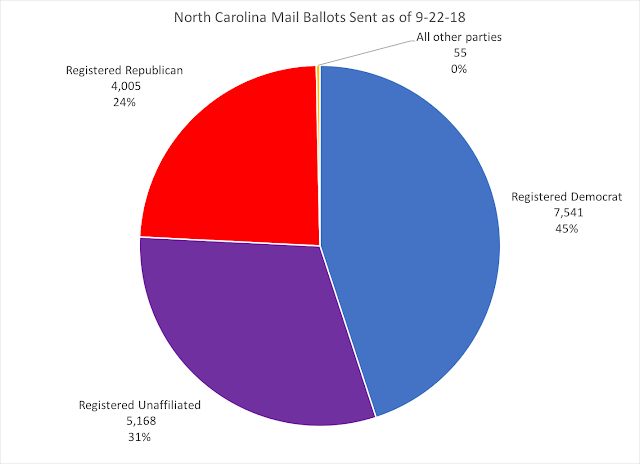 Those requested ballots, broken down by generation and then party registration within the generational cohorts: 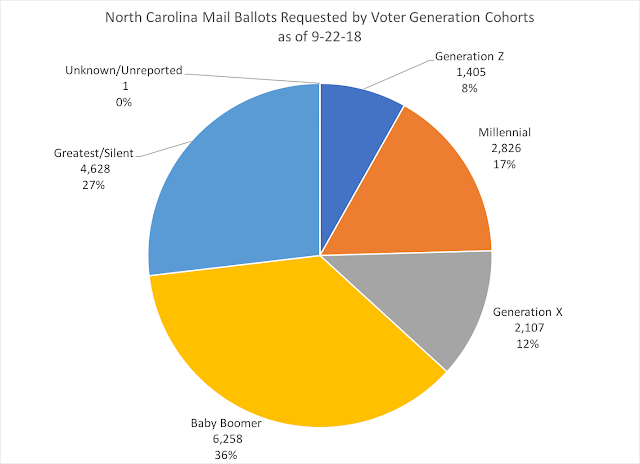 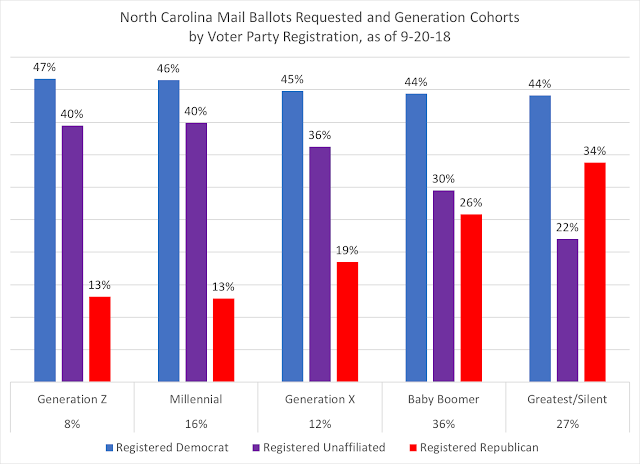 Finally, accepted ballots are significantly behind, only 289, or 1.7 percent of requested, but that may be due to a number of issues, including Hurricane Florence that impacted a significant area of the Old North State: 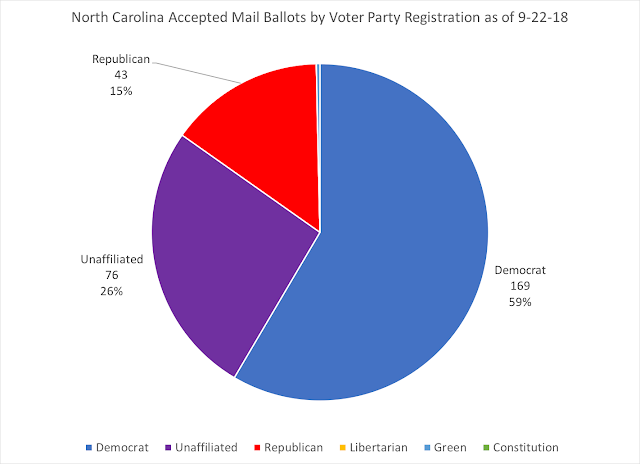 Since there's no major state-wide race, all eyes are on congressional district races, so the breakdown by requested ballots within the districts, along with party registration: 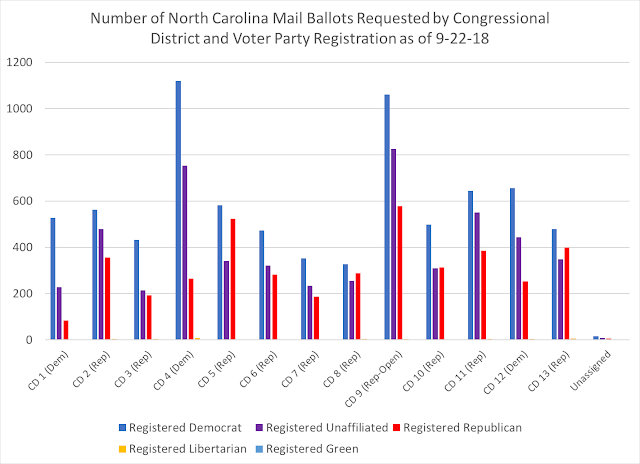 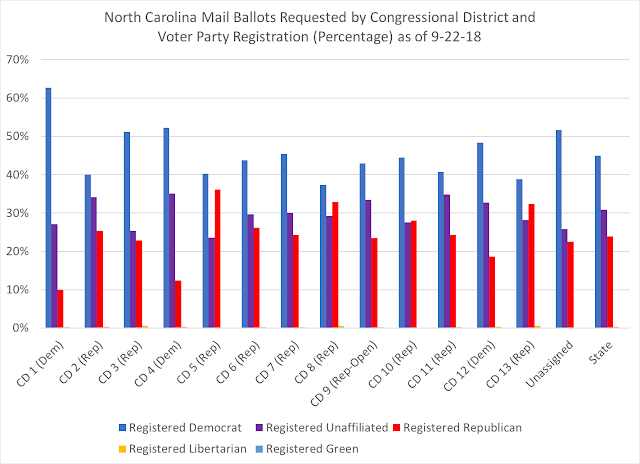 In comparing the rates of requested mail ballots to the last mid-term election of 2014: 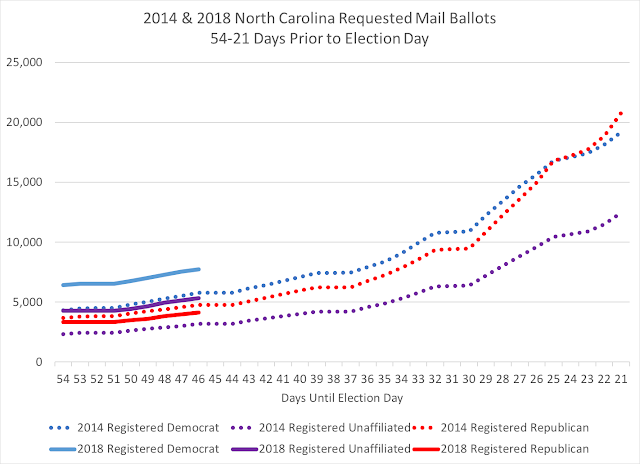 And the differences between the same-day totals of requested ballots of 2014 and 2018: 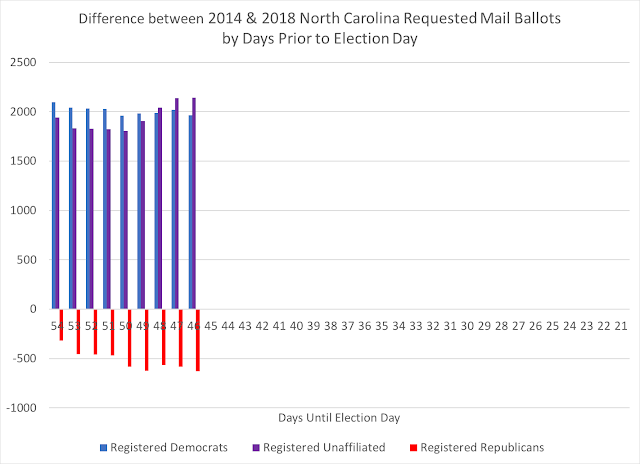 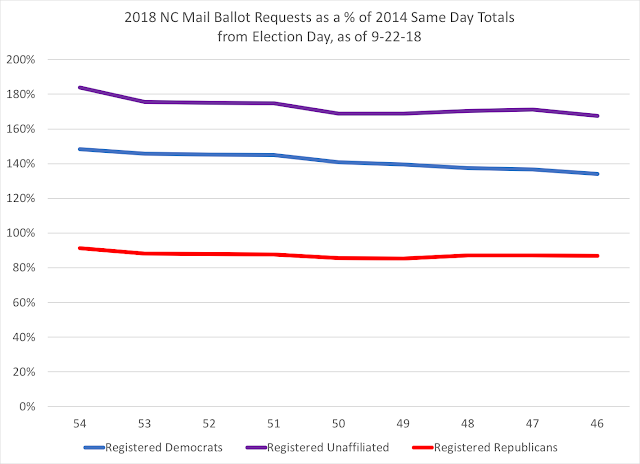 And then the comparison for the accepted ballots in 2014 and 2018, again by same day totals from Election Day: 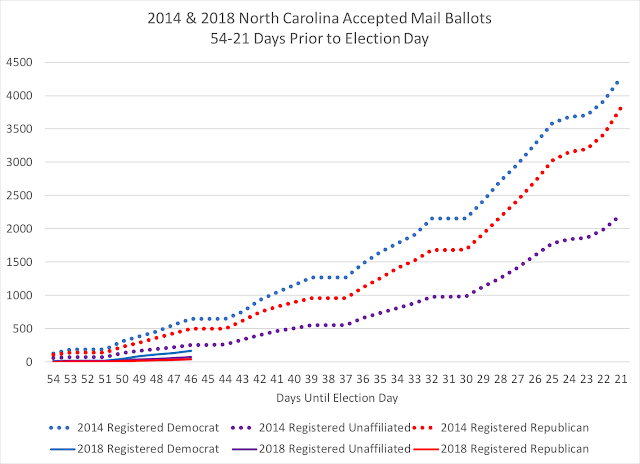 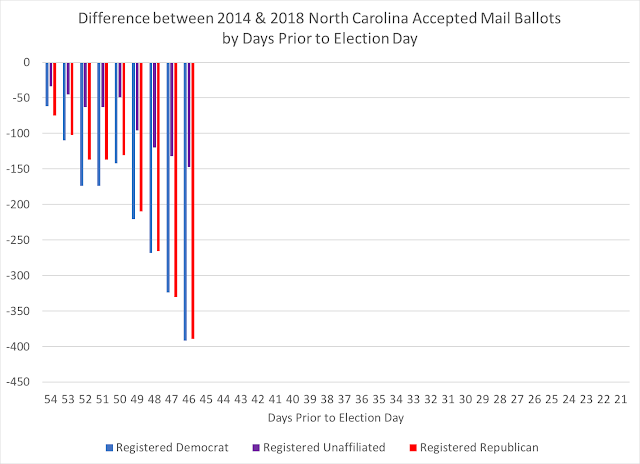 Then, with the focus on gender politics and the issue confronting the nation during this campaign cycle, I broke out the differences in requested mail ballots by gender, along with party registration and regional location of both female and male voters: 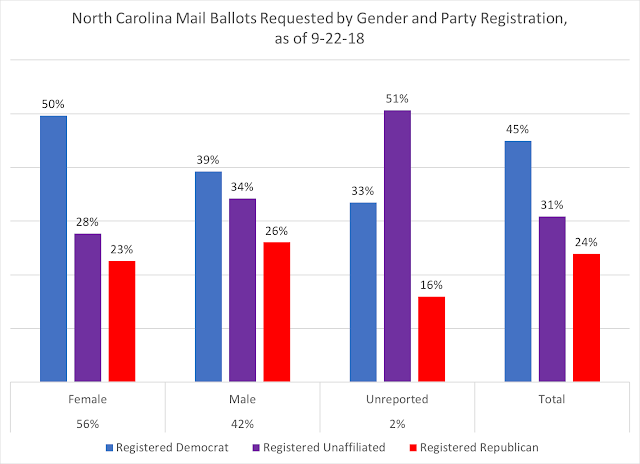 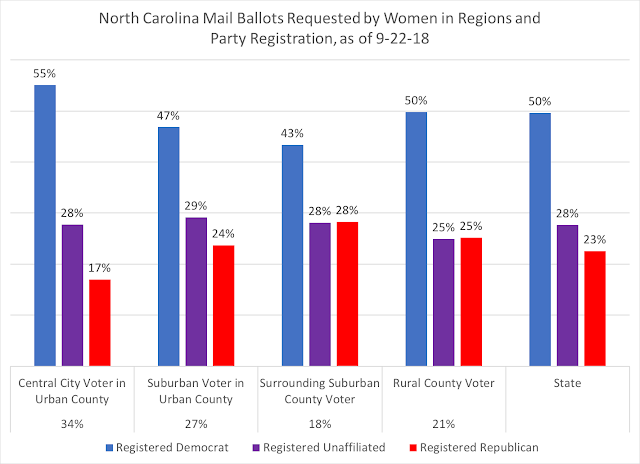 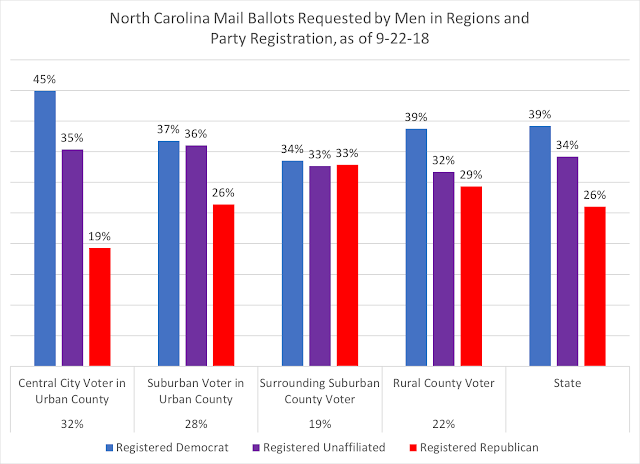 Finally, I compared how 2018's requested mail ballot voters participated, or didn't, in the last mid-term election in 2014, and their party registration: 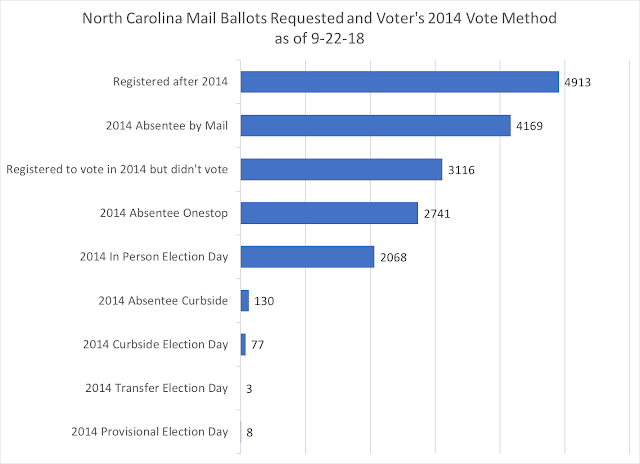 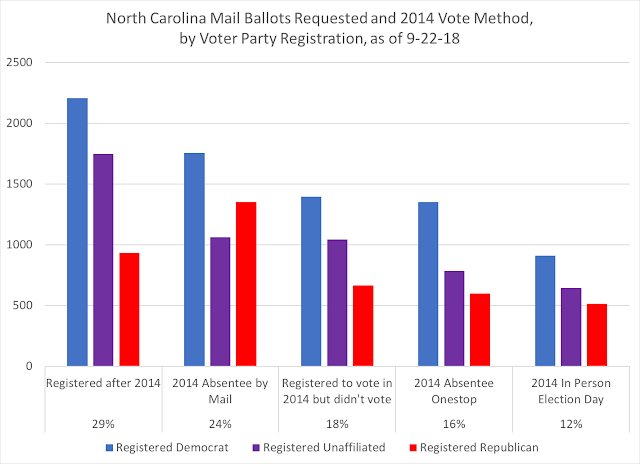 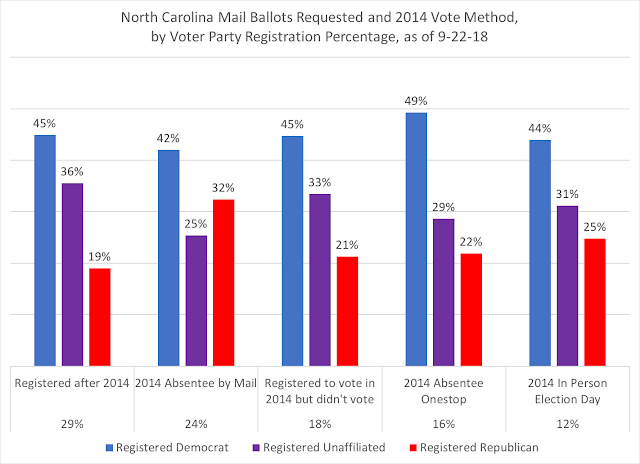 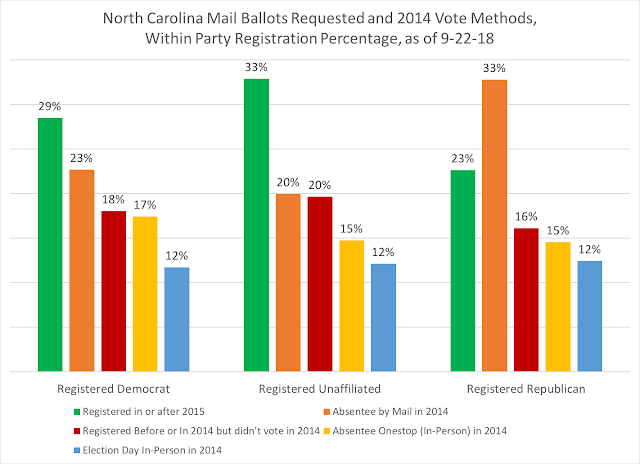