With the first three days of absentee by in-person balloting in North Carolina and the conclusion of the sixth week of absentee by mail-in balloting concluded, over 571,000 voters have requested ballots to cast for the November 8th general election, with over 452,000 of these ballots returned and accepted for counting.

The total ballots so far break down between the two voting methods by party registration are:

To give a sense of comparison to the 2012 total absentee ballot numbers against this year's total numbers: 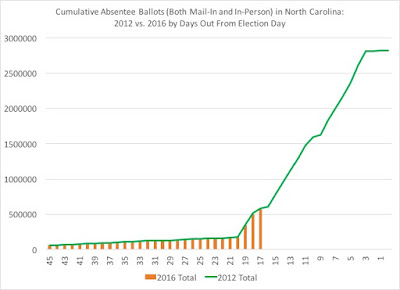 Currently, the overall total ballots (in-person and mail-in) are running 2 percent behind the same day totals in 2012.

The party registration break down of the total absentee ballots requested so far is: 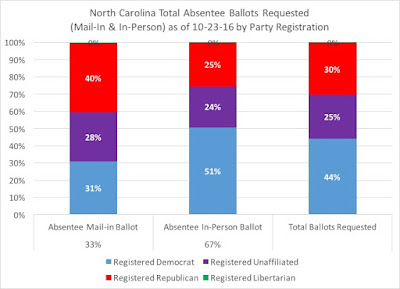 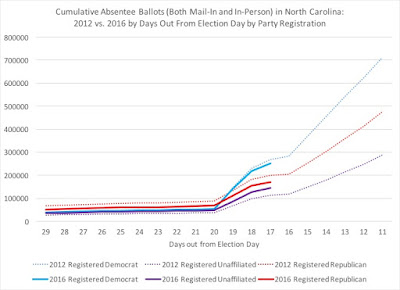 The accepted ballots for both methods by party registration are:

The party registration break downs for accepted ballots are: 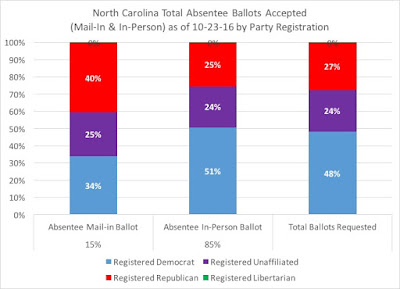 Among the in-person absentee ballots, over 385,000 have been accepted: 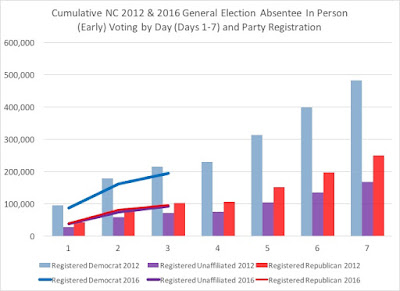 The daily percentages of in-person ballots shows a registered Democratic strength, but registered unaffiliated voters are performing better than their percentages from four years ago. 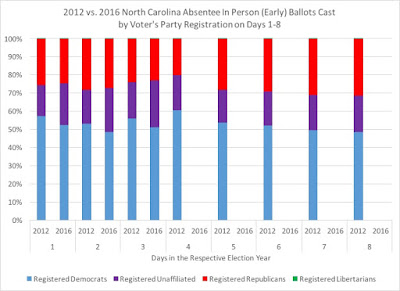 The racial composition so far for in-person absentee ballots and by party registration is: 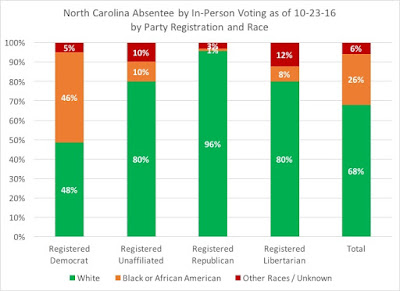 And the daily comparisons by race for the first three days are: 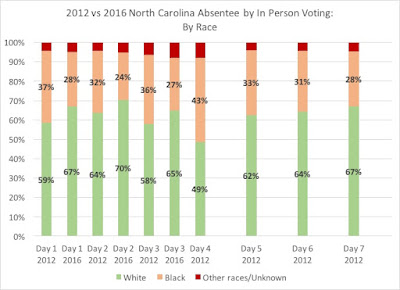 The gender break down by party registration shows that women continue to be a majority of the in-person early votes cast: 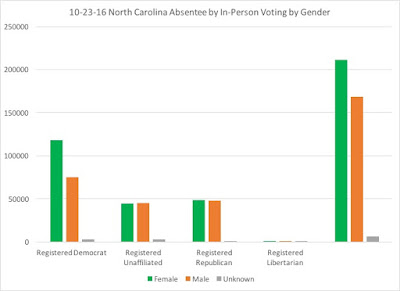 In looking at the current in-person absentee voters and whether they were registered in 2012 and if so, how they voted, shows that a sizable majority (71 percent) are using the same voting method from when they cast ballots in 2012: 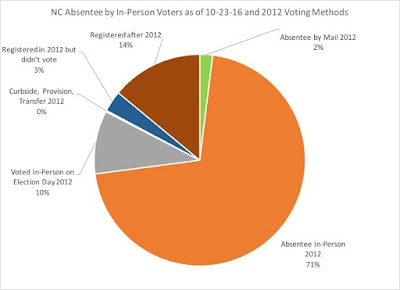 One of the great divides in recent North Carolina politics has been the urban/rural split, and urban county voters are the majority of in-person absentee ballots so far, with a majority of those urban ballots coming from registered Democratic voters: 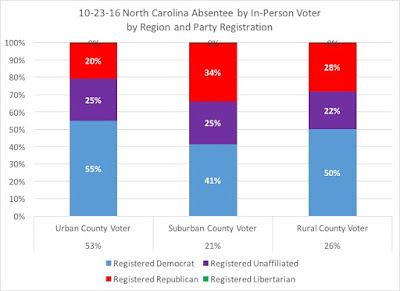 Another area of divide in North Carolina is a generational shift; Baby Boomers and those older are a majority of the in-person absentee ballots so far: 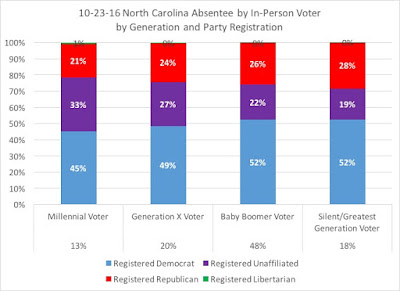 Finally, a significant majority of the in-person absentee ballots are coming from non-native North Carolina voters: 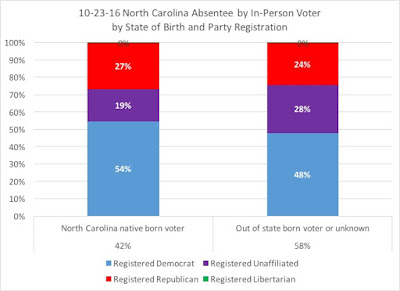 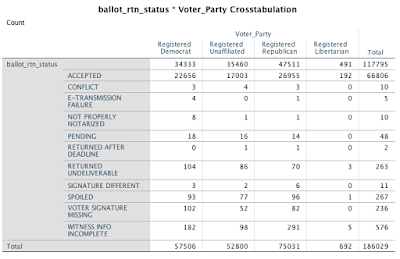 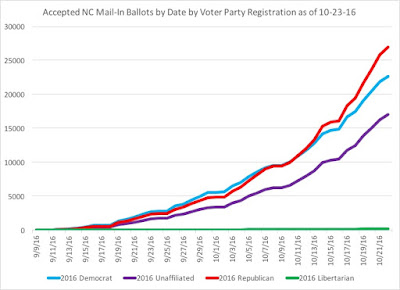 Registered Republicans are 40 percent of the accepted mail-in ballots, while registered Democrats are 34 percent and registered unaffiliated voters are 25 percent.

In comparison to the requested and sent ballot numbers from four years ago, the total numbers are equal to the same day was in 2012, but registered Republicans are significantly behind in requesting this voting method. 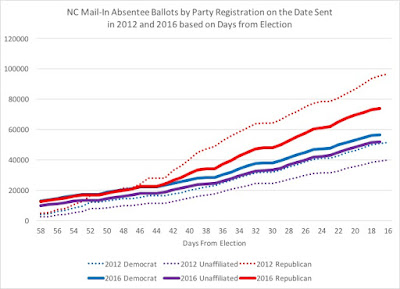 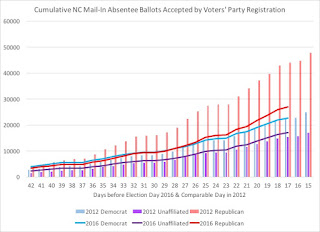 The racial composition continues to be predominately white:

Voters are appearing to be using this method much more than they did four years ago, based on whether they were registered in 2012 and how they may have voted four years ago: 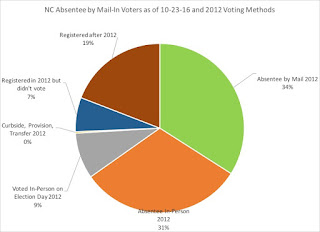 Finally, more registered Republicans have outstanding ballots than do either Democrats or unaffiliated voters. 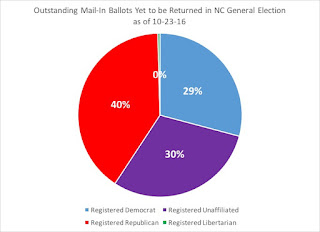 The return and acceptance rate so far for mail-in absentee ballots is 36 percent for the total, with registered Democrats at 39 percent, registered Republicans at 36 percent, and registered unaffiliated voters at 32 percent.
By OldNorthStatePolitics.com - October 23, 2016