A question has been raised about this year's absentee mail-in voters and what they did in the last mid-term elections.  Courtesy of data files from the North Carolina Board of Elections, I was able to pair up and match voter records of those folks who have voted so far by mail in 2014 with information on whether they voted or not in 2010.

In a pie chart, here's the data: 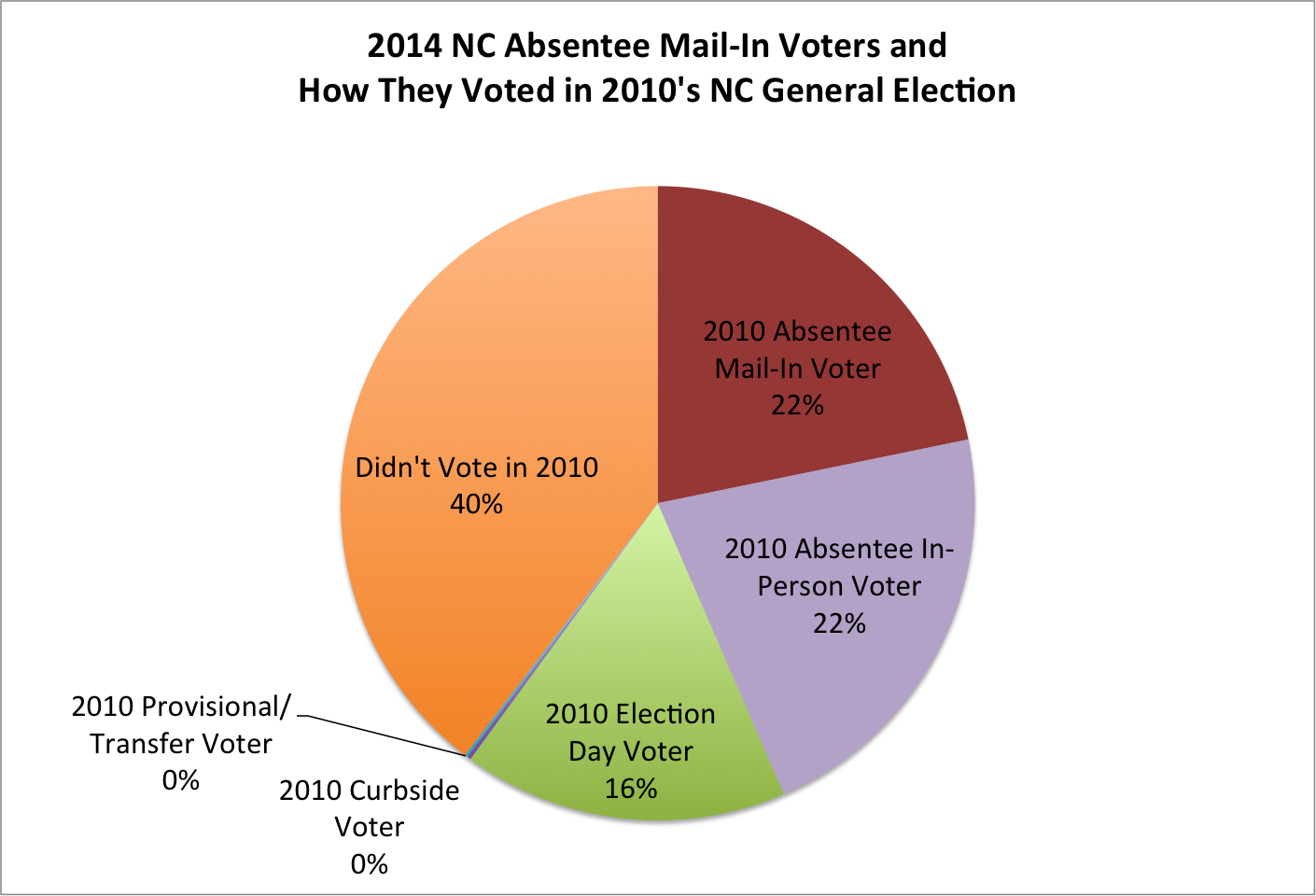 A plurality--40 percent--did not vote in 2010's election but have requested mail-in ballots for this year's election.
By OldNorthStatePolitics.com - October 08, 2014