Yesterday I noted that all three registered party groups--Democrats, Republicans, and Unaffiliated--saw their daily numbers exceed the first four days of 2008 in early voting here in North Carolina.  That trend, however, didn't last into the fifth day.

In terms of the total numbers, the fifth day of early voting continued the over-performance of votes cast in comparison to the same day in 2008. 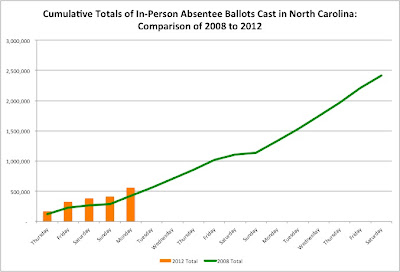 We now have over 500,000 votes banked, with two weeks to go before Election Day here in North Carolina.

For both registered Republicans and Unaffiliated voters, they continued to march past their respective 2008 numbers on the first Monday of early voting in the Tar Heel state.  But for registered Democrats casting ballots, they came up about 5,000 short of the number they saw in 2008's early voting. 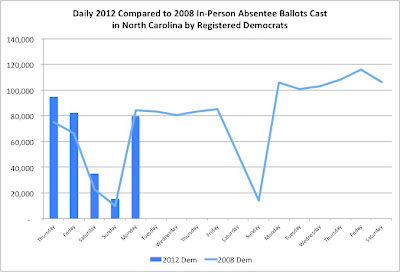 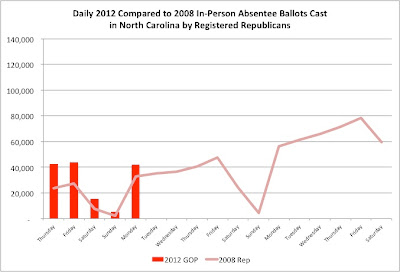 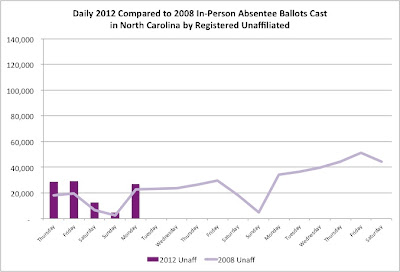 In terms of race, the ballots cast by white voters continued to be at 61% while black voters were at 35% and all other races were at 5% of the votes cast.  With the question of whether black voters will be either 22% of the total electorate (which they were in 2008) or a lower percentage, it appears that black voters are showing up at numbers that could influence the total pool of votes cast. 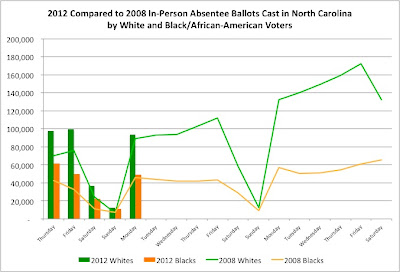 One other interesting aspect of the early voter pool is the breakdown among women and men.  We are hearing about the increasing gender gap that is prevalent in this year's presidential election, but in terms of early voting, women are soundly showing up over men.  And there is a marked partisan slant to women voters. 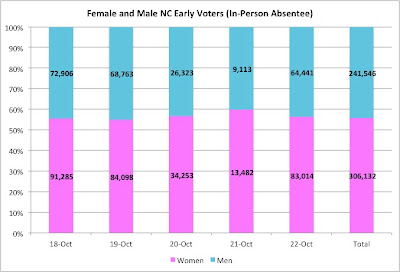 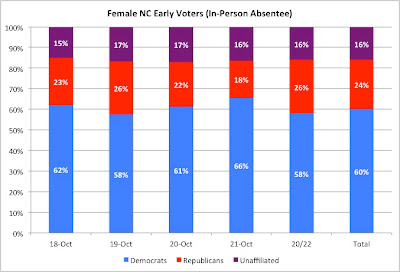 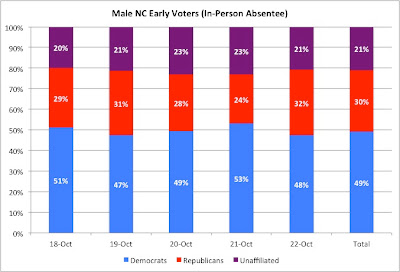