With another nearly 225,000 votes cast on November 1, North Carolina total absentee ballots have reached nearly 2.2 million, with nearly 2 million of those coming by in-person absentee ballots. Due to a busy work day, here's an abbreviated version of the post; more analysis to come later this afternoon.

This represents a nearly 10 percent increase over the same day in 2012 total absentee ballots. 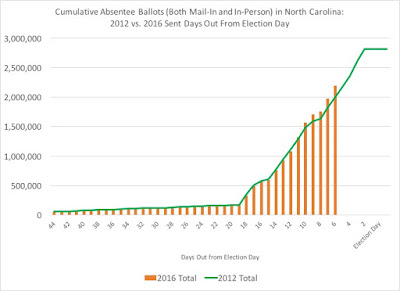 The party registration break down among the two different absentee ballot types--mail-in and in-person--shows Democrats continue to have the overall lead among all ballots. Today, registered Democrats are 43 percent, registered Republicans are 32 percent, and registered unaffiliated voters are 25 percent of the total ballots cast.

However, registered Democrats are still slightly off their 2012 same-day totals, down now 2.1 percent. They have been slowly eating away at that deficit. 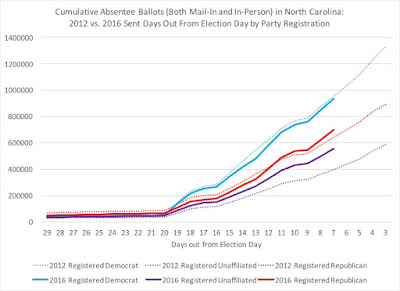 In breakdowns by race: 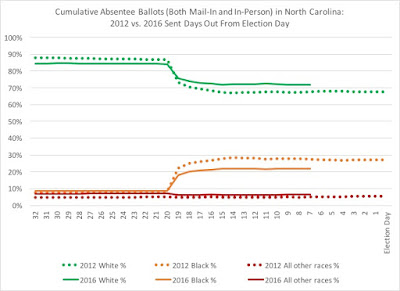 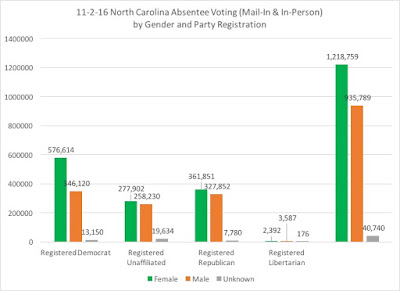 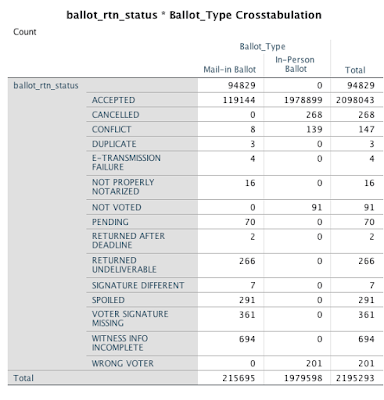 Turning to the accepted in-person absentee ballots, nearly 2 million have come in as votes for the November 8 general election. This represents a 13 percent increase over the same day in 2012's early voting in-person period. 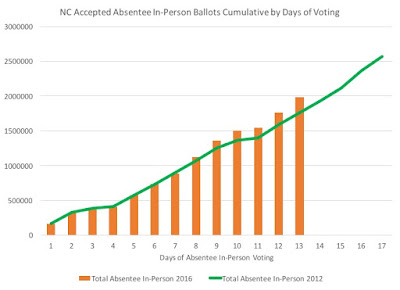 Among the registered parties: 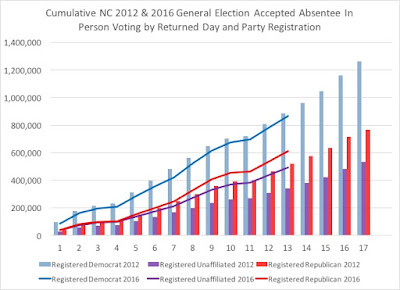 The daily comparisons to 2012 are: 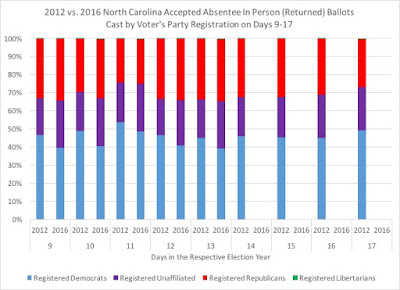 Among accepted in-person absentee ballots by race and party registration: 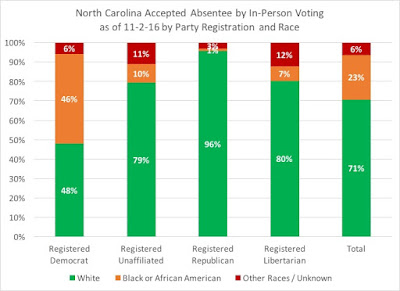 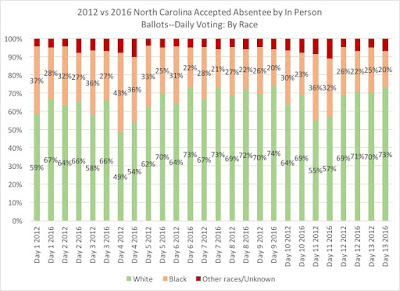 Finally, of the 2016 accepted in-person absentee ballot voters, their voting registration and voting methods from 2012 are: 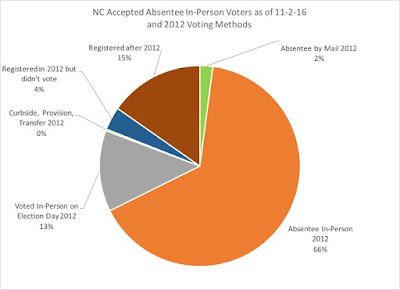 More analysis to be posted later this afternoon.
By OldNorthStatePolitics.com - November 02, 2016