As North Carolina nears the end of its fifth week of absentee mail-in ballots, over 147,000 ballots have been requested, with 34,000 of them returned and accepted as votes for the November 8th election. 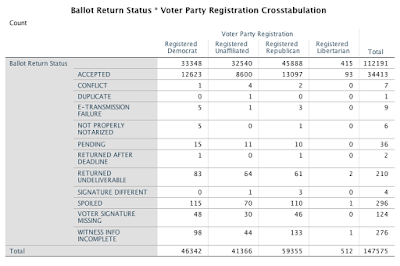 In terms of the ballots sent out by party registration and in comparison to their levels from four years ago, registered Republicans are running significantly behind their same-day numbers, while Democrats and unaffiliated voters are running ahead of the same-day totals from 2012. 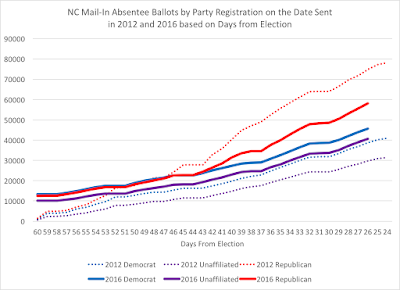 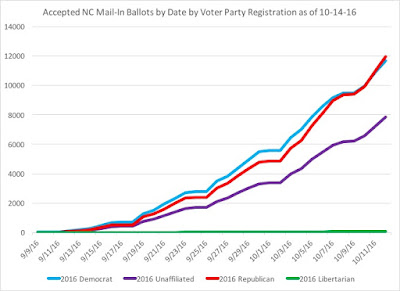 A difference of 474 ballots separate registered Republicans from Democrats, in a voting method that is traditionally dominated by Republicans.

In comparison to four years ago on this same day, this year's accepted mail-in ballots are running behind the totals: of the over 34,000 ballots submitted this year, four years ago the same number was over 46,600.

Registered Republicans are underperforming their 2012 same-day totals; they are only 52 percent of where they were four years ago. Registered Democrats and unaffiliated voters are at the same numbers of their total same-day cumulative accepted ballots. 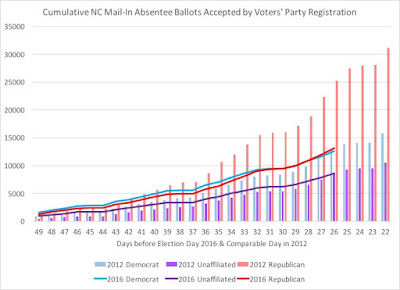 Of the outstanding ballots remaining, the party registration breakdown is: 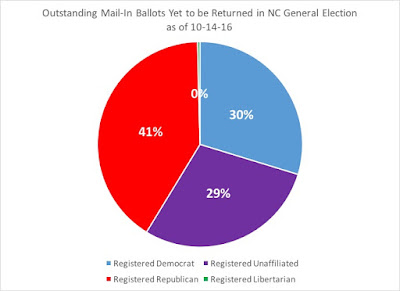 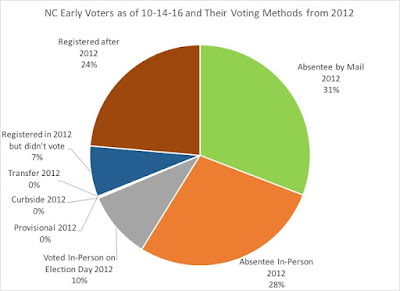 In looking at the racial breakdowns of 2016's mail-in ballot voters so far:

Of the requested ballots, 84 percent are from white voters and 8 percent from black voters; traditionally, white voters dominate in the mail-in ballots method, while black voters will show up in person during early voting, which starts on October 20. 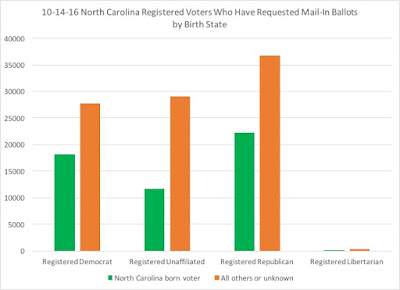 Finally, some analysis based on 'region' of North Carolina: urban vs. suburban vs. rural voters and their party registration for requesting mail-in absentee ballots: 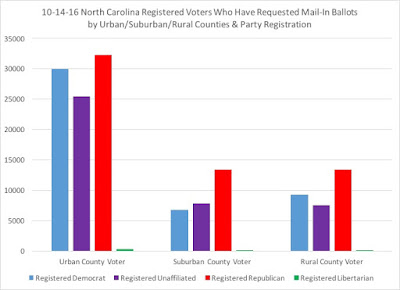