North Carolina "Party-Switchers" So Far In 2018

Included in the wealth of data provided by the NC State Board of Elections & Ethics Enforcement is a spreadsheet containing information on voters who have changed their party registration so far in 2018.


In looking at the data, there are over 660 voters who changed their voter registration and then changed back, sometimes on the same day. For example, a voter in Cherokee County, who in May, switched party registration from Unaffiliated to Democratic, and then Democratic back to Unaffiliated--on the same day. Needless to say, these "short-term" switchers are not included in the final data analysis; there may be a few of this short-term switchers who finally did do a true party switch, but I'll stare at my computer screen and hunt for those at a later time.

For this data set of "one-time" party switchers, there have been over 52,000 North Carolina voters who re-registered with a different party from when they entered 2018. The below chart gives the original party that the voter was (in the columns), with the party that they switched to (in the rows), with the relevant numbers for each: 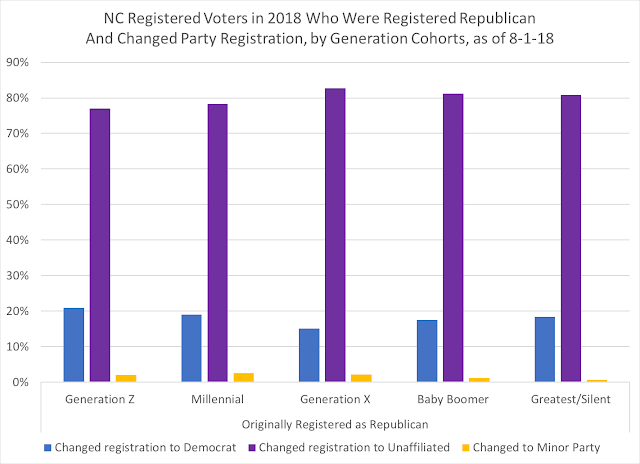 The vast majorities of former registered Republicans went to "unaffiliated" voter status among all generation cohorts. For those who were originally registered as Democratic: 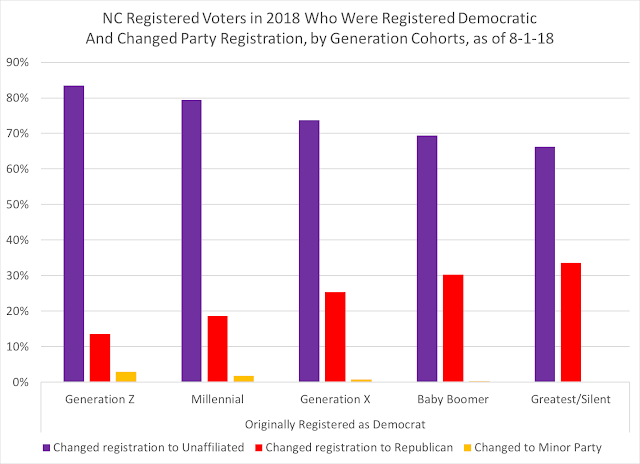 Younger generations were much more likely to go unaffiliated, while older voters were more prone to switch from Democratic to Republican.

Finally, among those voters who were registered with neither major political party, and thus "unaffiliated": 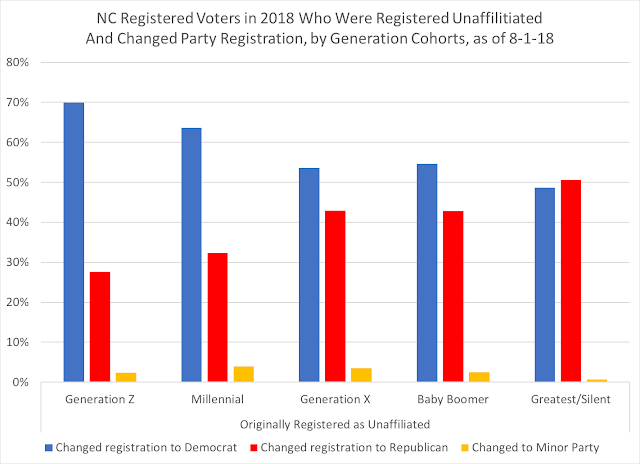 Younger voters, Generation Z and Millennials, were more likely to register as Democratic, while the oldest voters, the Greatest and Silent generations, were equally dispersed between the two major parties from an unaffiliated status.

Next, using gender to differentiate (women are 54 percent of party switchers, with men at 44 percent), I ran the same analysis as with the generations; first, voters by who were registered Democratic but switched: 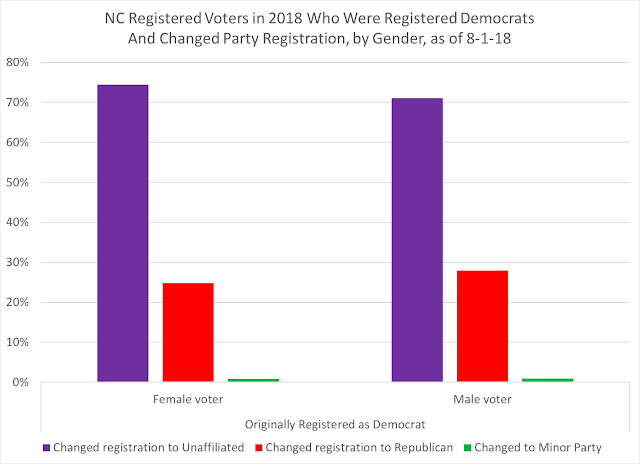 Next, those who were registered Republican but switched: 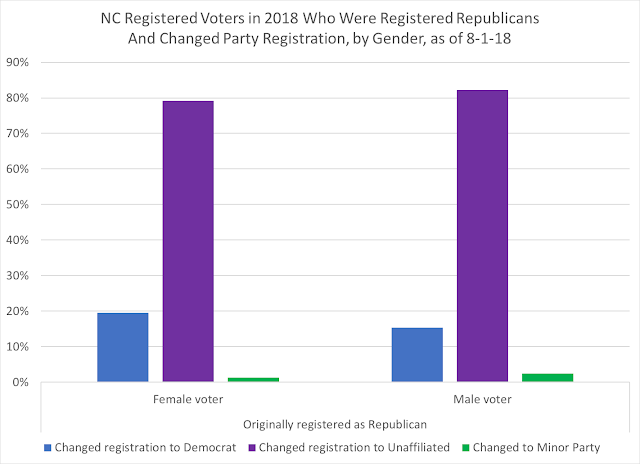 Conversely, women tended to go slightly more Democratic than men, but only a few points (19 percent of women registered Democratic from Republican, while 15 percent of formerly GOP-registered men went to the Democrats). Again, like their opposite partisans, significant numbers of formerly registered Republicans went unaffiliated among both genders.

Finally, those who were registered unaffiliated and switched to a party registration (Democratic, Republican, or one of the minor parties--Libertarian, Green, or Constitution): 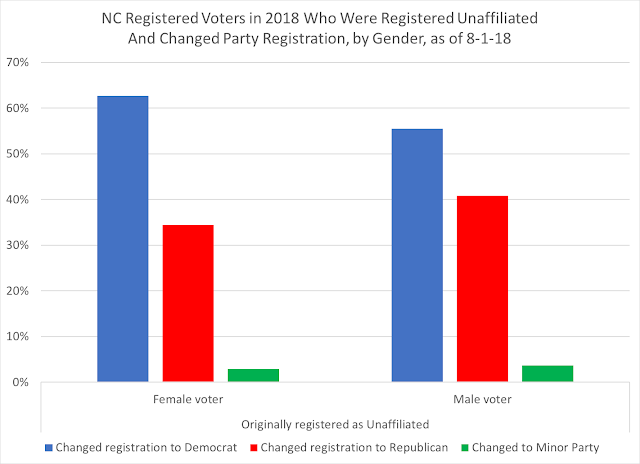 Here are the raw numbers for women:

While the overall percentage of party switchers is small (less than 1 percent among the 6.9 million registered voters in the Old North State), this information presents some intriguing trends among the voters in North Carolina and how some voters may enter new political affiliations (or lack thereof with unaffiliated status) in their voter registration.
By OldNorthStatePolitics.com - August 04, 2018