Now that we have the early votes cast in North Carolina's primary election, a "whopping" 4 percent of the 6.9 million registered voters decided to cast their ballots before today's election.

Among the accepted early ballots, either cast by mail or in-person, Democratic primary ballots were the majority of the state's primary electorate, 59 percent to the GOP primary ballot being chosen by 41 percent of the voters. As a reminder: registered partisan voters can only vote in their party's primary (registered Democrats in the Democratic primary, while Republican registered voters can vote in the GOP primary only), but registered unaffiliated voters can pick one or the other party primary to cast their ballot. 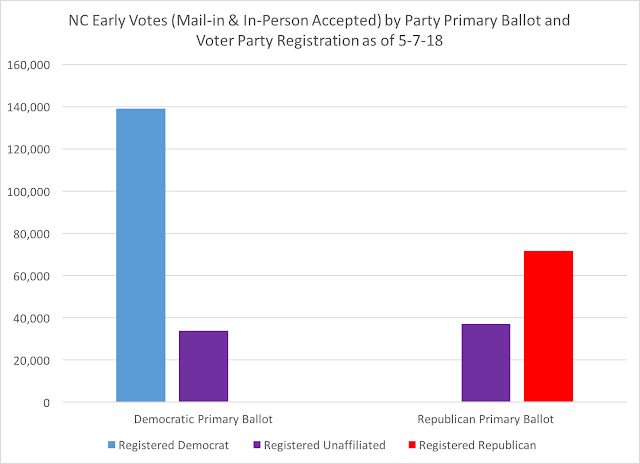 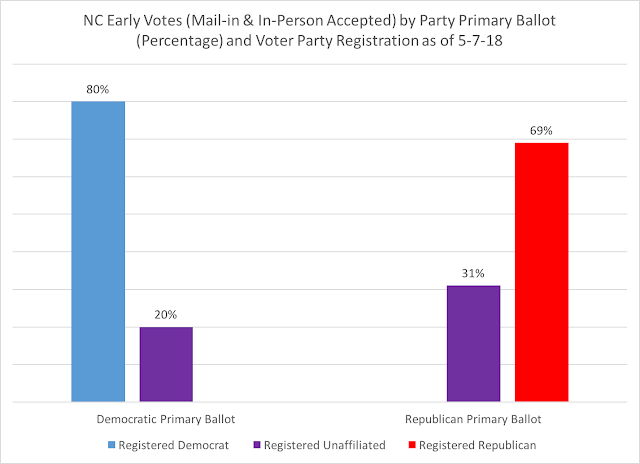 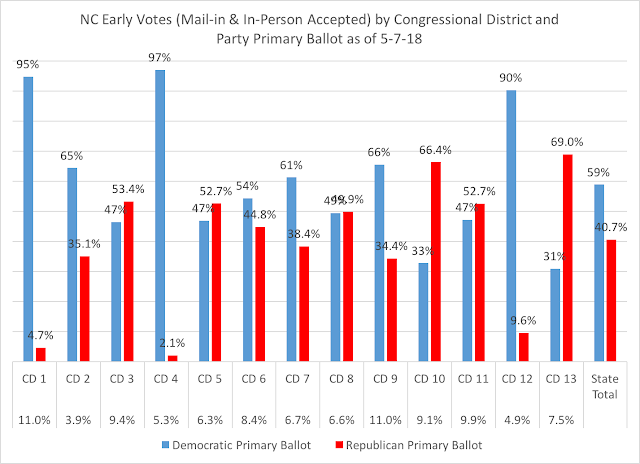 The 1st and 9th congressional districts have the largest percentages of early ballots coming in; while there's no contested Democratic nomination for Congress (G.K. Butterfield's district), the 9th district has both a heavily competitive Republican and Democratic ballot contest for the nominations. Interestingly, the Democratic ballots had over 21,000 accepted early to the 11,000 plus accepted GOP ballots. It will be interesting to see the total difference between the two parties once tonight's totals are tallied.

Finally, all the talk of a "younger" voter enthusiasm hasn't played out when it comes to early voting in this year's NC primary: 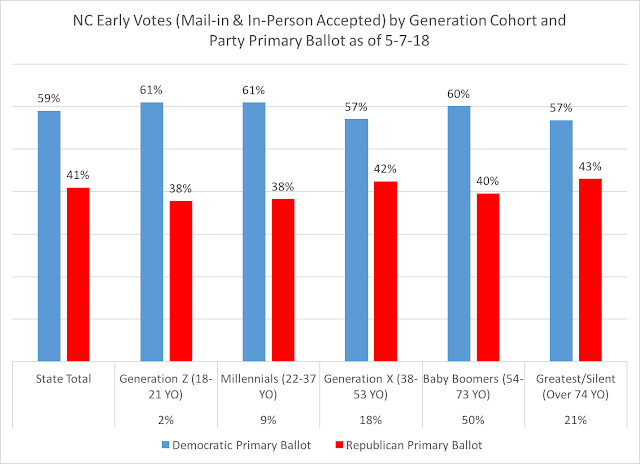 Some of the key races that I'll be watching at the congressional level tonight are:

Even with some heated contests at the local level around the Old North State, the likelihood is that we'll probably end up in the 15-"ish" percentage for voter turnout.

While there will be some interesting local races going on as well in the Charlotte area (where I'll be serving as an election analyst for the evening at WCNC), here's one other prediction I do hope comes true: that the votes get counted early and winners declared before 11 PM.

And another reminder: go vote!
By OldNorthStatePolitics.com - May 08, 2018