As we near the end of the third full week of North Carolina's absentee by mail ballots, the numbers are still running well ahead of where the state was on the same day in 2012's general election. 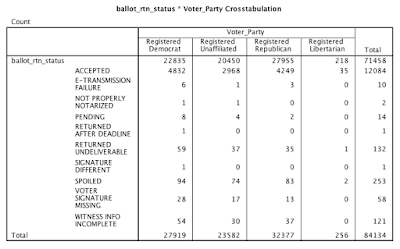 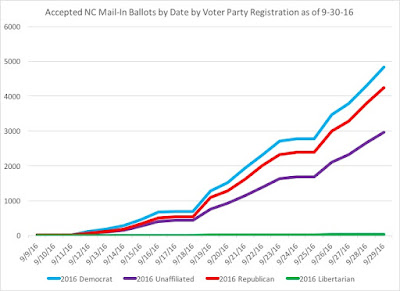 The return rate of the various party registrations are: Democrats at 17 percent, Libertarians at 14 percent, and Republicans and unaffiliated voters both at 13 percent. 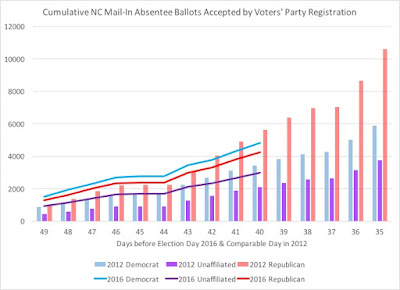 Finally, the outstanding ballots that have not been returned are, broken down by party registration: 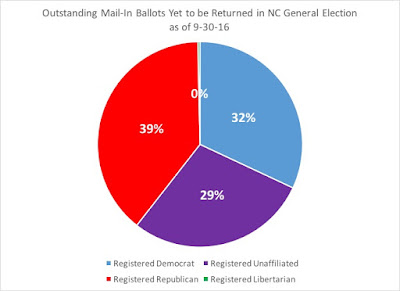 Further analysis will be done over the weekend to look more deeply into the full week's numbers, especially based on how voters who have mail-in ballots this year and how they voted (if they did) in 2012's general election.