With today's (9-29-16) report from the NC State Board of Elections, over 78,500 North Carolinians have requested absentee mail-in ballots, with over 10,000 of them returning their ballots and being accepted as votes for November's election. 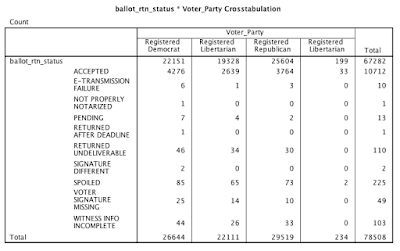 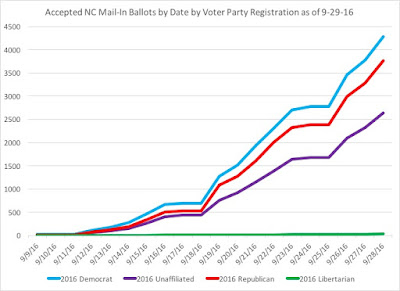 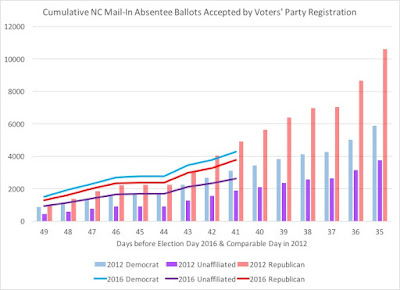 Among those ballots still outstanding and not returned: 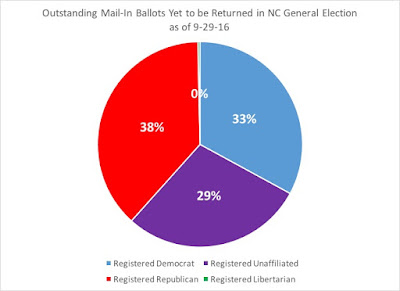