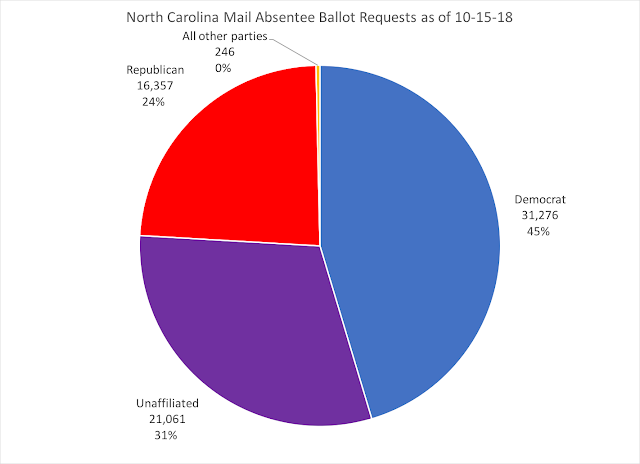 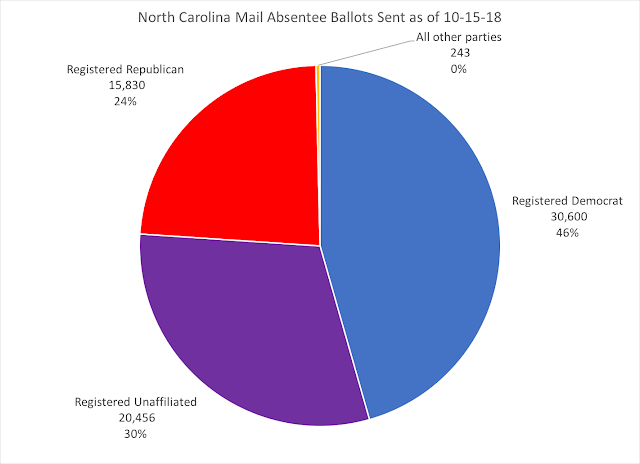 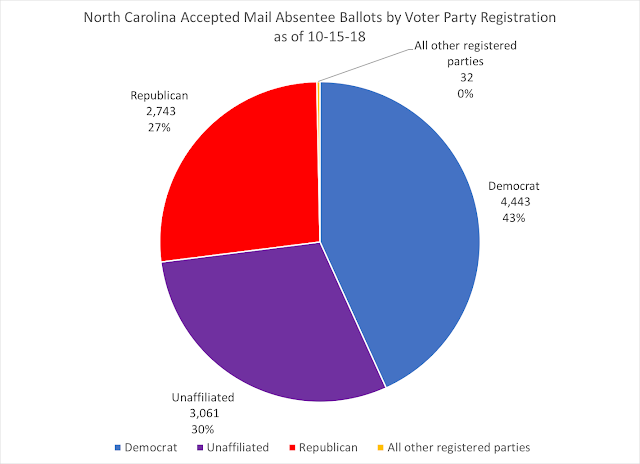 In comparison to the requested ballots, here are the percentages of mail absentee ballots that have been returned and accepted by the voter's party registration: 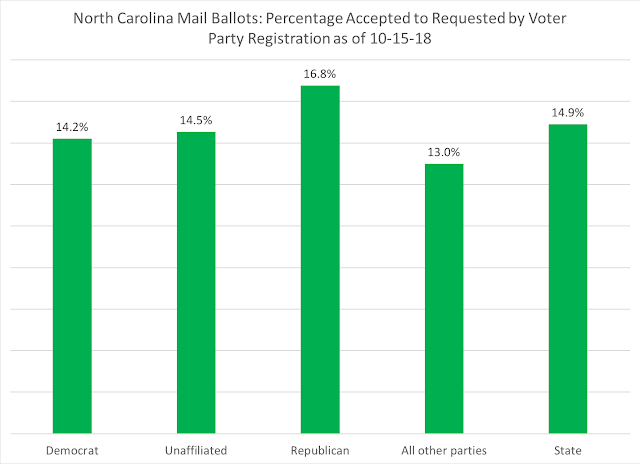 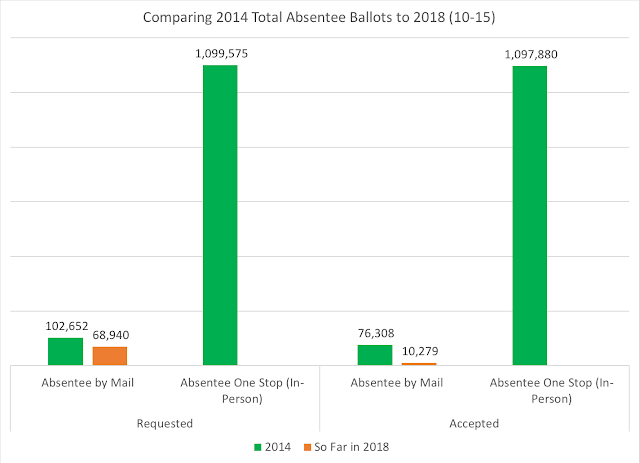 The trend lines of comparing the daily totals in 2014 to 2018 (by the same day out from Election Day) continue to show considerable strength in this year's absentee mail ballots, especially noteworthy that this year's election has no major state-wide race (beyond a state supreme court race): 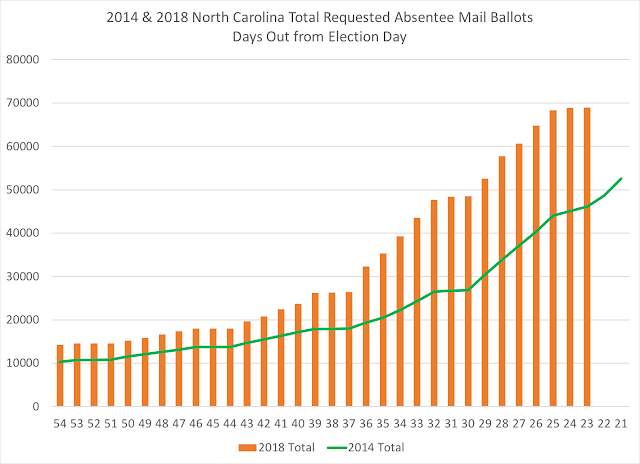 Once we get to the three week mark, I'll add the remaining days until Election Day. 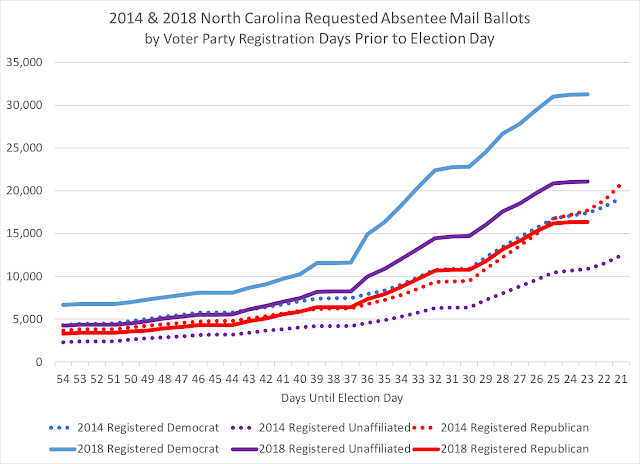 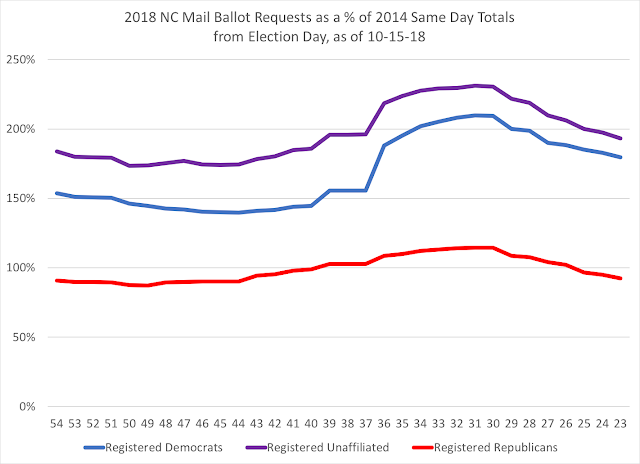 And the numbers of differences: 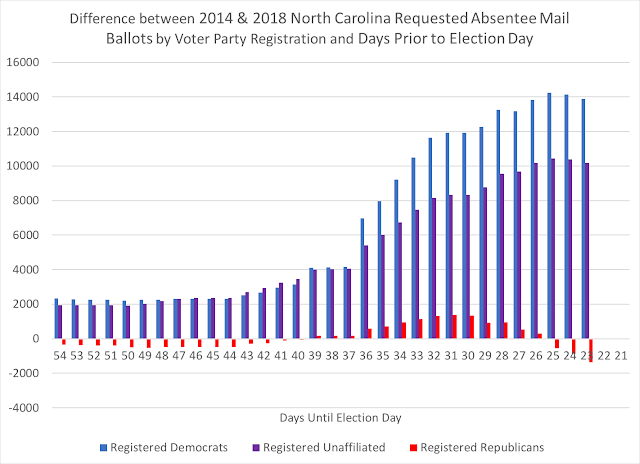 The following chart shows the 2014 total numbers of requested and returned/accepted absentee mail ballots and where things stand as of 2018:

The generational analysis of NC's absentee mail ballots continues to show a skew towards older voters, which is traditional; yet, there is one age group that is intriguing in its performance in this vote method: 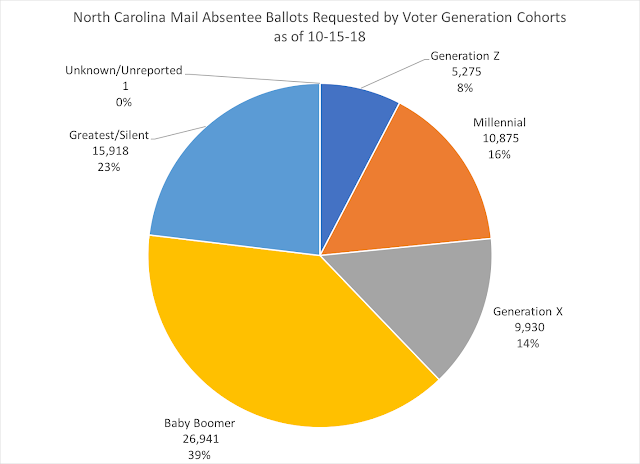 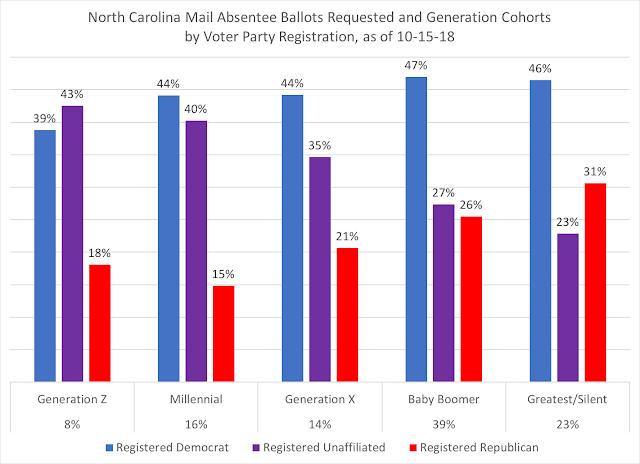 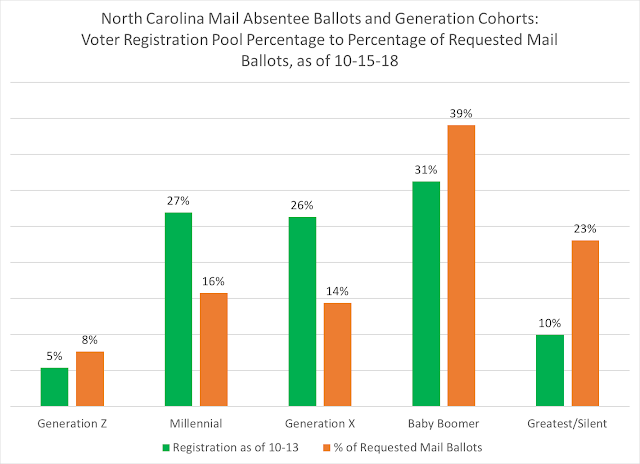 Those voters under the age of 21, known as Generation Z, are only 5 percent of the state's voter registration pool of 7 million (as of 10-13-18), but are 8 percent of the requested absentee mail ballots so far. 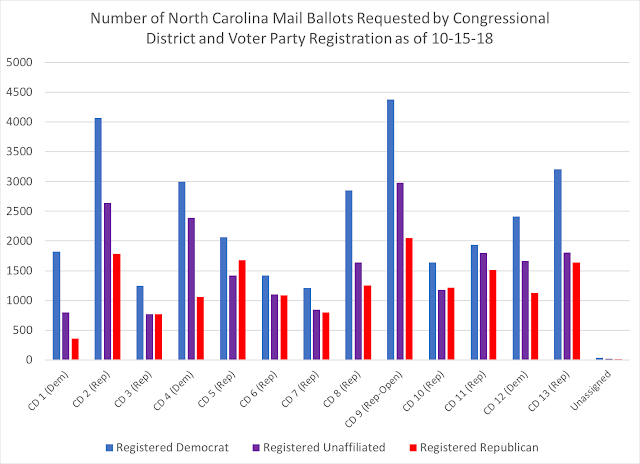 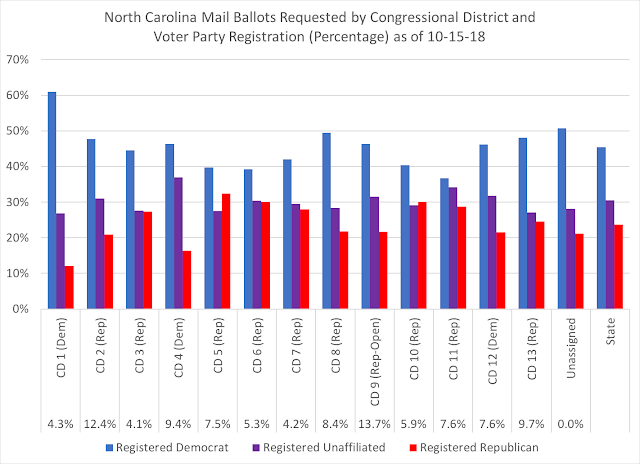 In looking at this nearly 70,000 voters who have requested absentee mail ballots, I took their registration data and their voting history to look at how these voters may have voted in 2014, if they were registered after the last mid-term election: 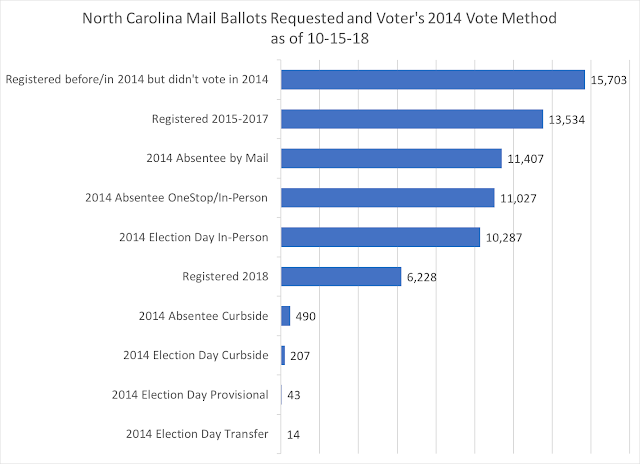 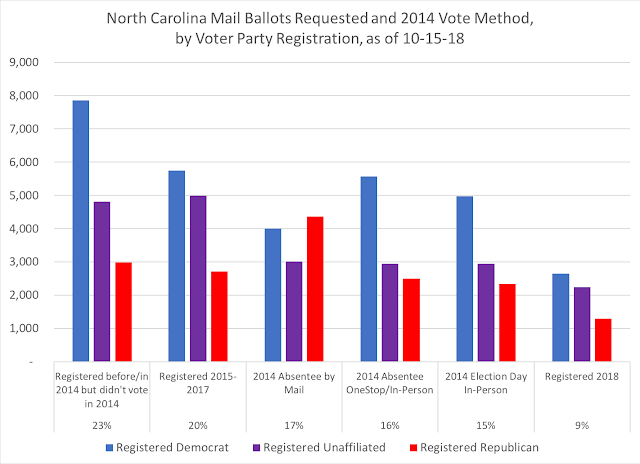 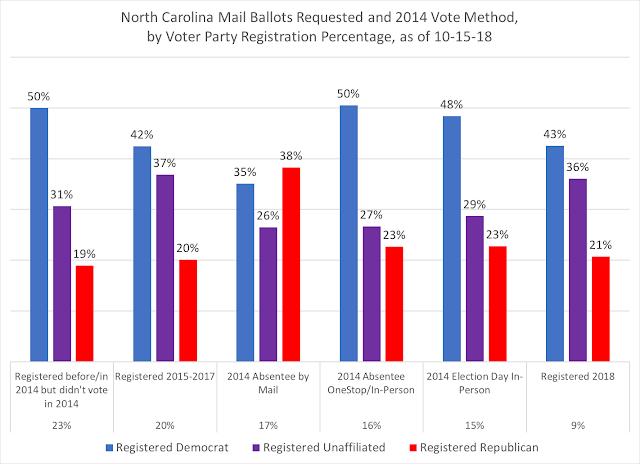 The plurality of voters requesting absentee mail ballots continues to be those voters who were registered in 2014 but didn't vote in 2014.

Next, I looked at the gender breakdowns, and we continue to see a pretty significant advantage to female voters, and within that group, registered Democrats continue their show of strength: 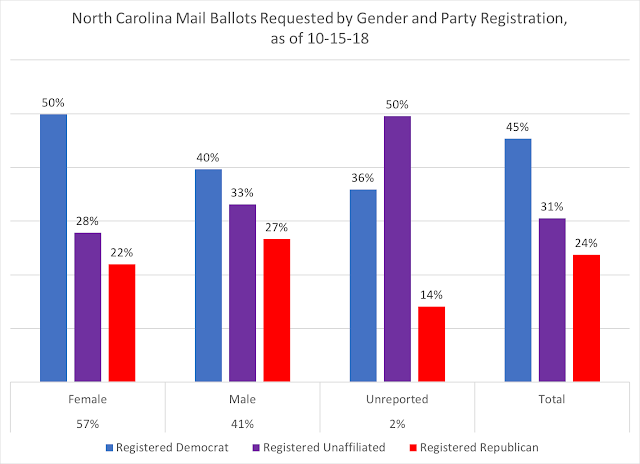 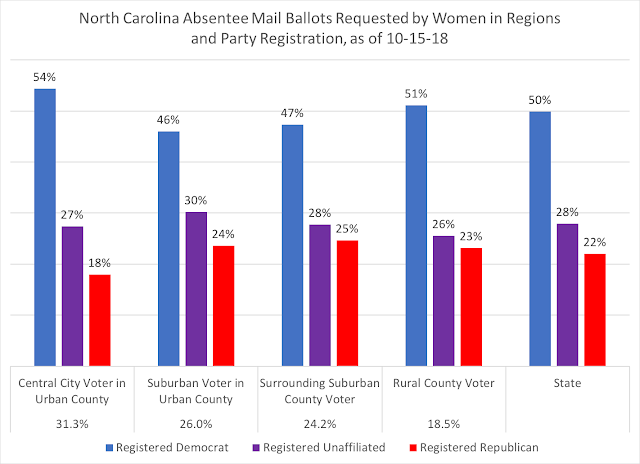 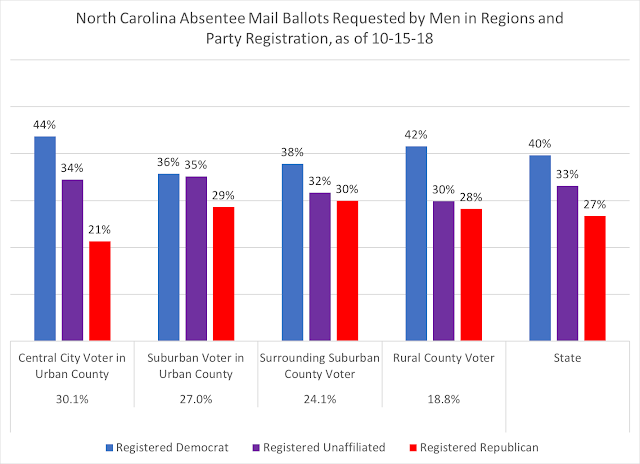 Finally, those requested ballots that have been returned and accepted: 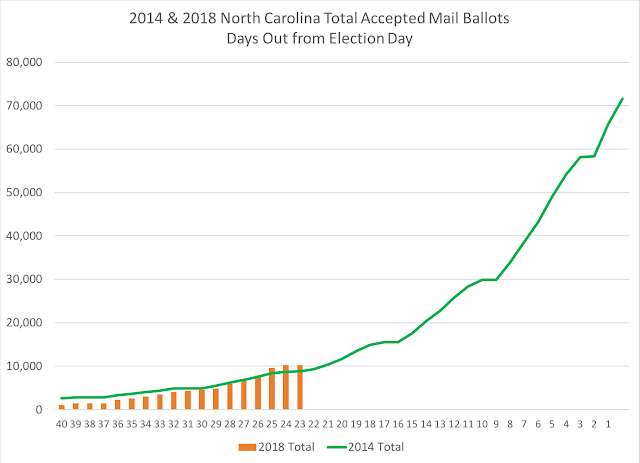 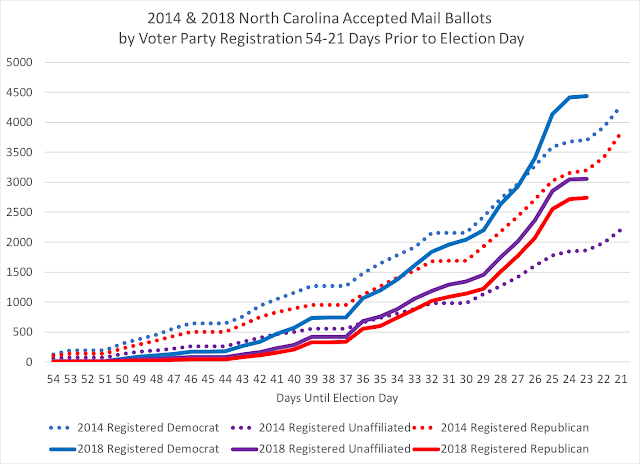 And by actual numbers: 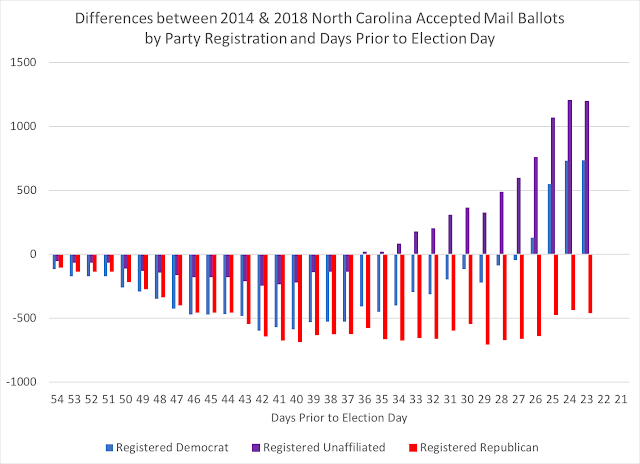