With the beginning of mail-in ballots going out and being returned, I decided to compare 2014's mail-in ballot numbers, by party registration, to what we are starting to see in 2018's mid-term election.

First, looking at the requests by voters for mail-in ballots for 2014 and what 2018 is showing at 53 days out from Election Day: 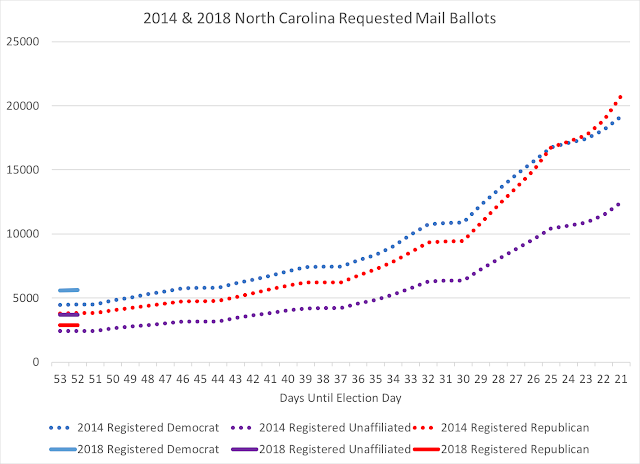 What is interesting is: 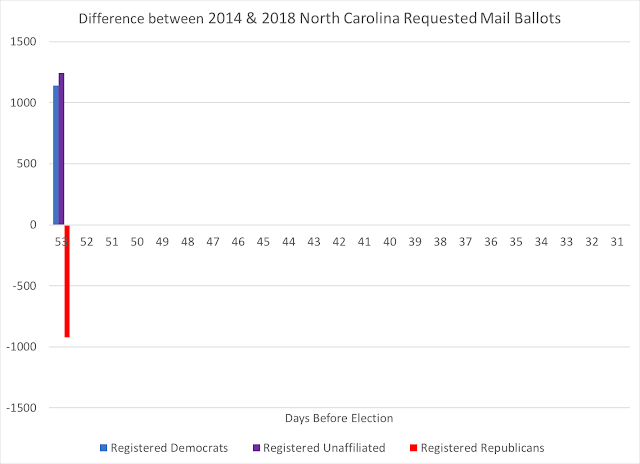 To give a sense of the differences in congressional districts and the leading Democratic votes coming in, the following graph shows that the largest number of Democratic mail-in requests are in the open 9th District, a competitive district, following by the safe Democratic 4th District: 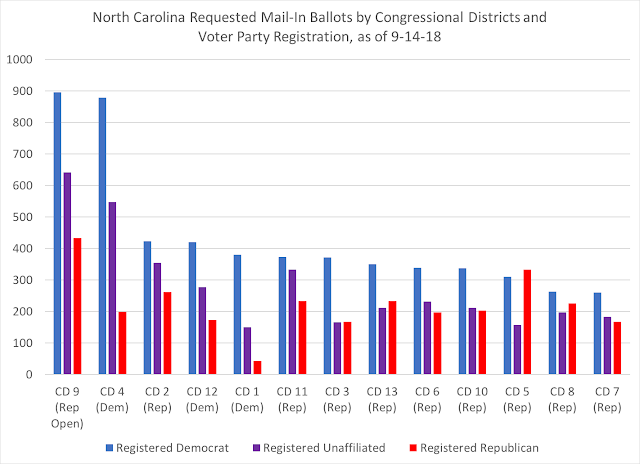 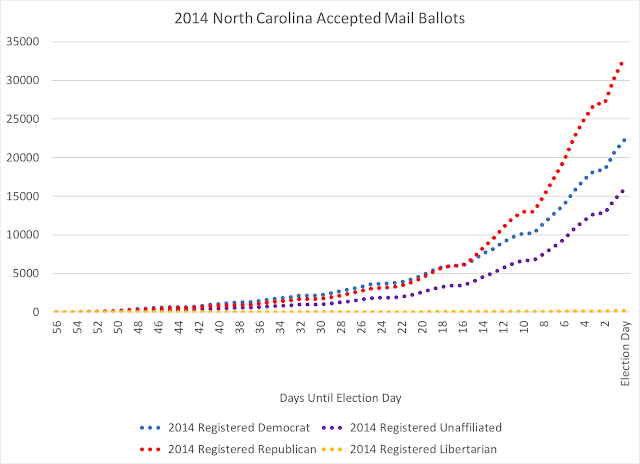 Again, it is important to note two things: first, that caution should be exercised to not over-interpret the numbers of requests so far by party registration, and second, that we won't know what the results are from these mail-in accepted ballots until election evening when the polls close. But voter energy and enthusiasm may be demonstrated by how many registered partisans (and unaffiliated voters) request and return mail-in ballots, along with showing up to vote by absentee in-person voting, which starts on October 17, leading into the November 6 Election Day.
By OldNorthStatePolitics.com - September 14, 2018