Just to give a sense of what North Carolina has seen over the past few general elections in presidential election years (of course, by charts):

Here are the presidential election results for North Carolina: 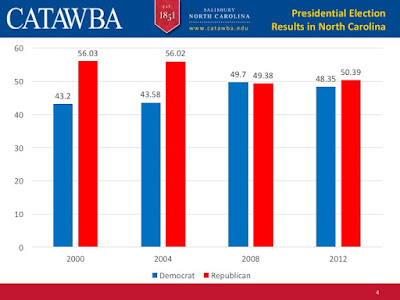 Here is a chart documenting the North Carolina registered voter pool from 2002-2016: 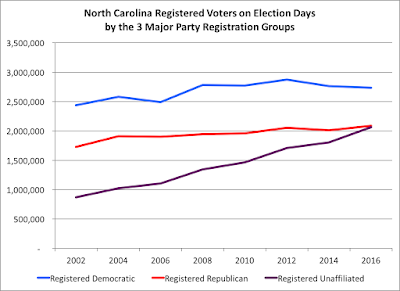 Here are the registered voter pools and the electorates in general elections by the percentages of party registration in North Carolina: 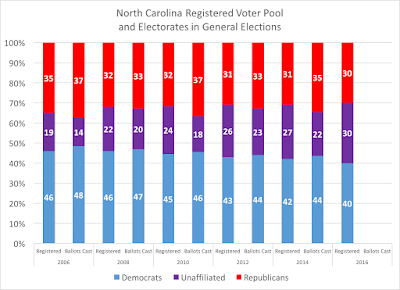 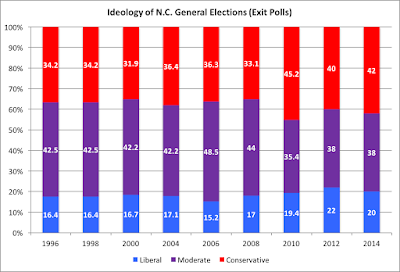 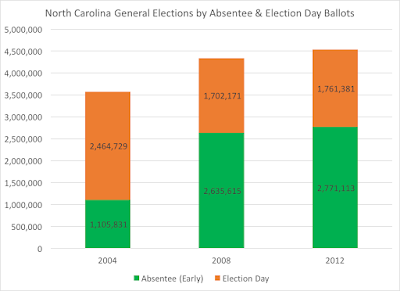 Here are the turnouts based on registered voter groups in North Carolina, first by race: 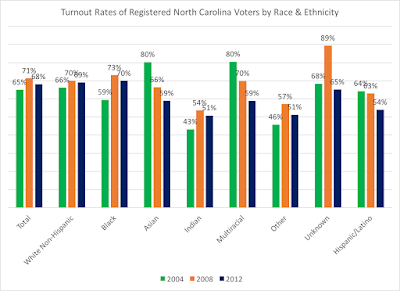 The turnouts based on registered voter groups in North Carolina, by party registration: 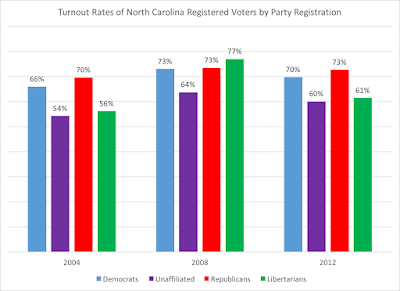 Next, the turnout rates of North Carolina registered voters by age (note: these age bands are determined by the NC State Board of Elections): 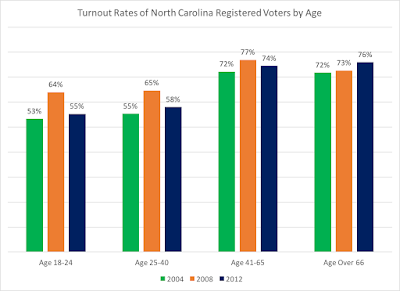 Next, the composition of North Carolina general election electorates by race: 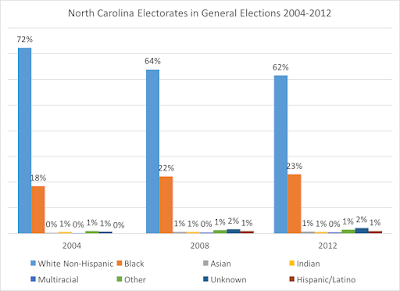 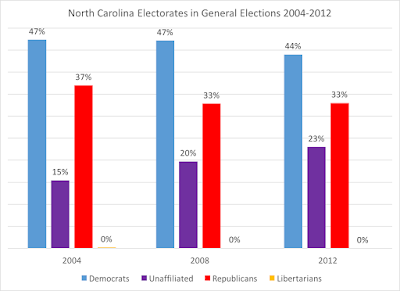 The composition of the North Carolina general election electorates by age categories: 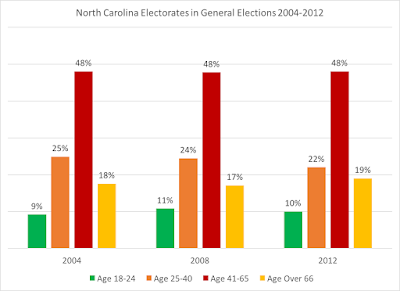 2012 presidential election margin of victories in the 100 North Carolina counties with 13 counties (marked in yellow) delivering 50 percent of the state's votes: 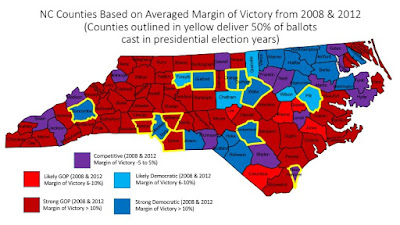 Many of North Carolina's counties are becoming very polarized. The NC counties by partisan competitiveness or 'landslide' in margins of victories: 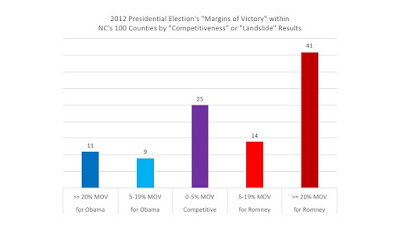 And then the North Carolina vote totals in these competitive/landslide counties: 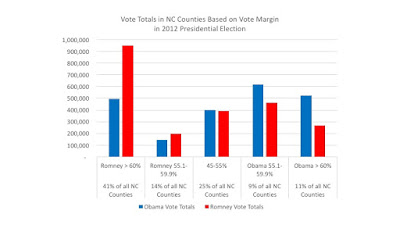 I'll be posting more charts and data about North Carolina as Election Day rolls on. I'll be an election analyst for WFAE, Charlotte's NPR Station, starting at 7 PM this evening. Thank you all for following this blog; it has been a tremendous ride. Michael

UDPATE: I ran this analysis back after the March 2016 presidential primary in North Carolina, and I think it speaks to the potential support for Donald Trump in this general election. I ran a number of different 'factors' against the county performance for Trump, and the most 'influential' factor was the county's percentage of college-degree holders: 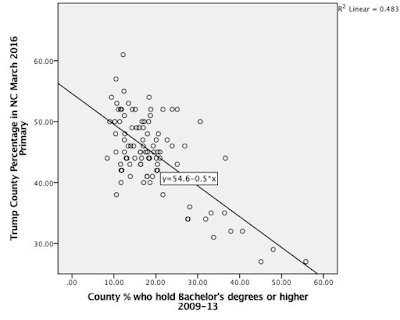 UPDATE at 4:41 PM: above were some 'competitive/landslide' maps and data on North Carolina's 100 counties. In current state politics, the divide between urban and rural areas of the state has grown more pronounced, but suburban areas tend to be the most Republican areas in the state, based on total numbers cast for presidential candidates in 2012 in the three areas: 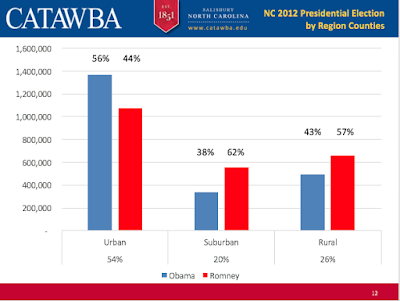 For Democrats, breaking into the spread in suburban North Carolina and making sure the urban areas return large numbers (and perhaps spread the difference out more) will be key to winning in the state.  With three-quarters of the votes come from urban & suburban counties, these will be the key areas to be watching tonight.